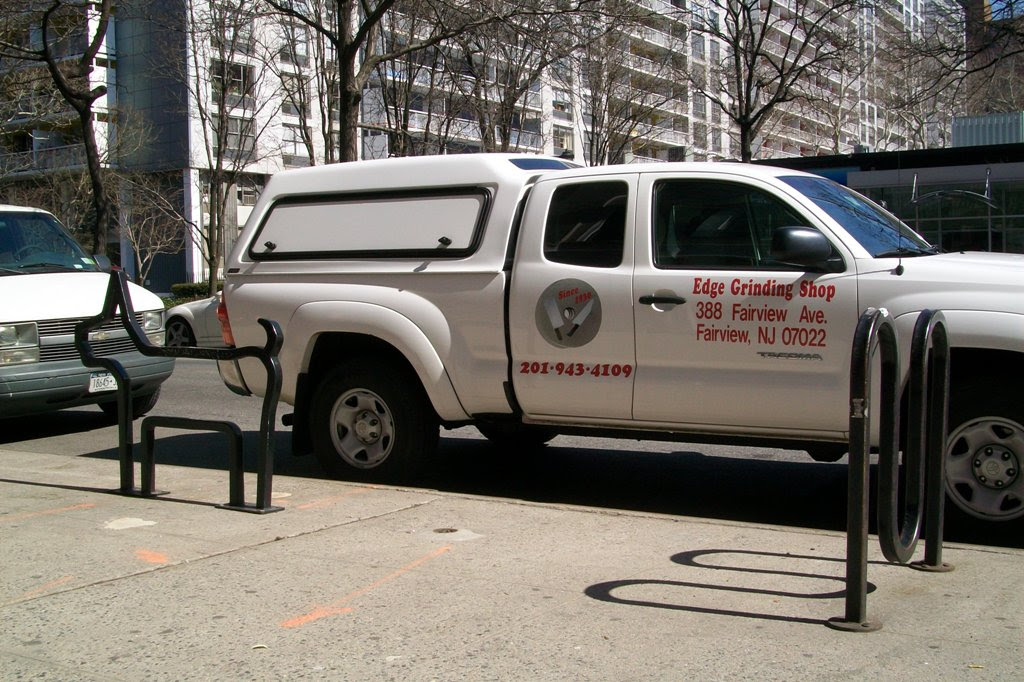 Our life, of late, has been filled with "bicycle legs." The almost daily activity inspired this post. The "dog" bicycle rack, above, located in front of the AIANY gallery was designed by David Byrne and was entered in the 2008 CityRacks Design Competition. 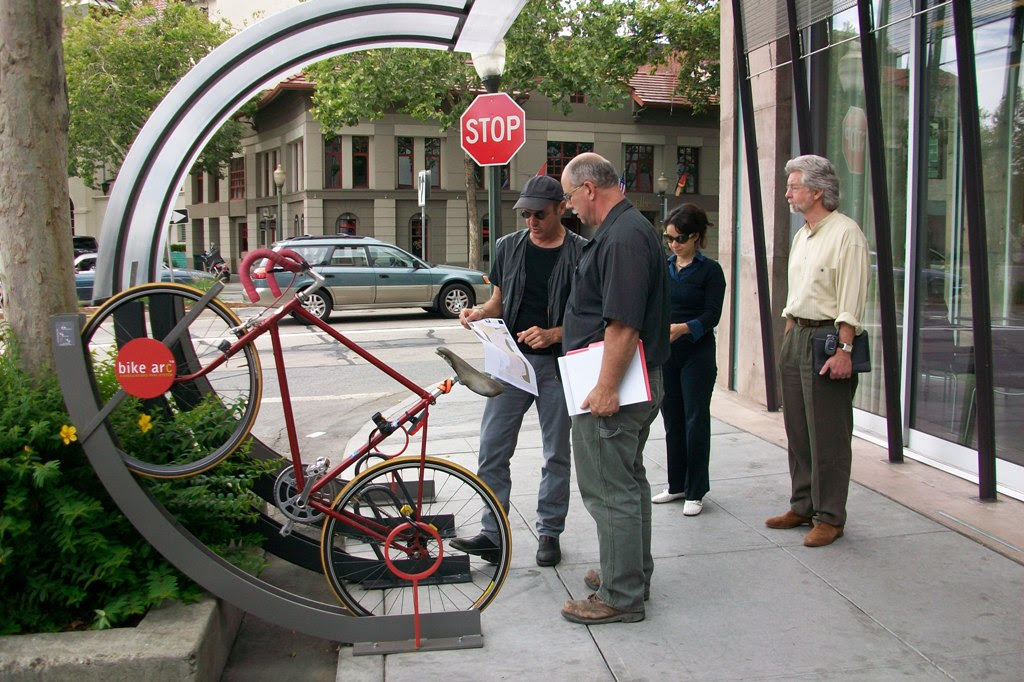 Last summer, I spent some time with Bike Arc designer Joseph Bellomo at his Palo Alto office. (The arc's co-designer is Jeff Selzer.) The Bike Arc is "a modular bike parking system." The arc located outside Bellomo's office, shown above, is the Bus Arc which meshes bike parking and a bus shelter. The product is popular on the SF Peninsula. 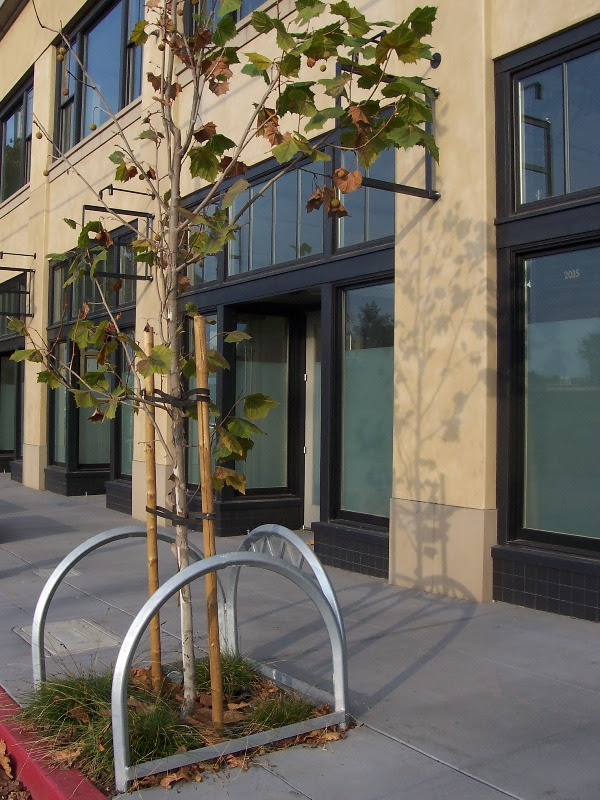 Another multi-purpose bicycle parking system was spotted on Fourth Street in Berkeley, California. This one doubles as a tree guard. 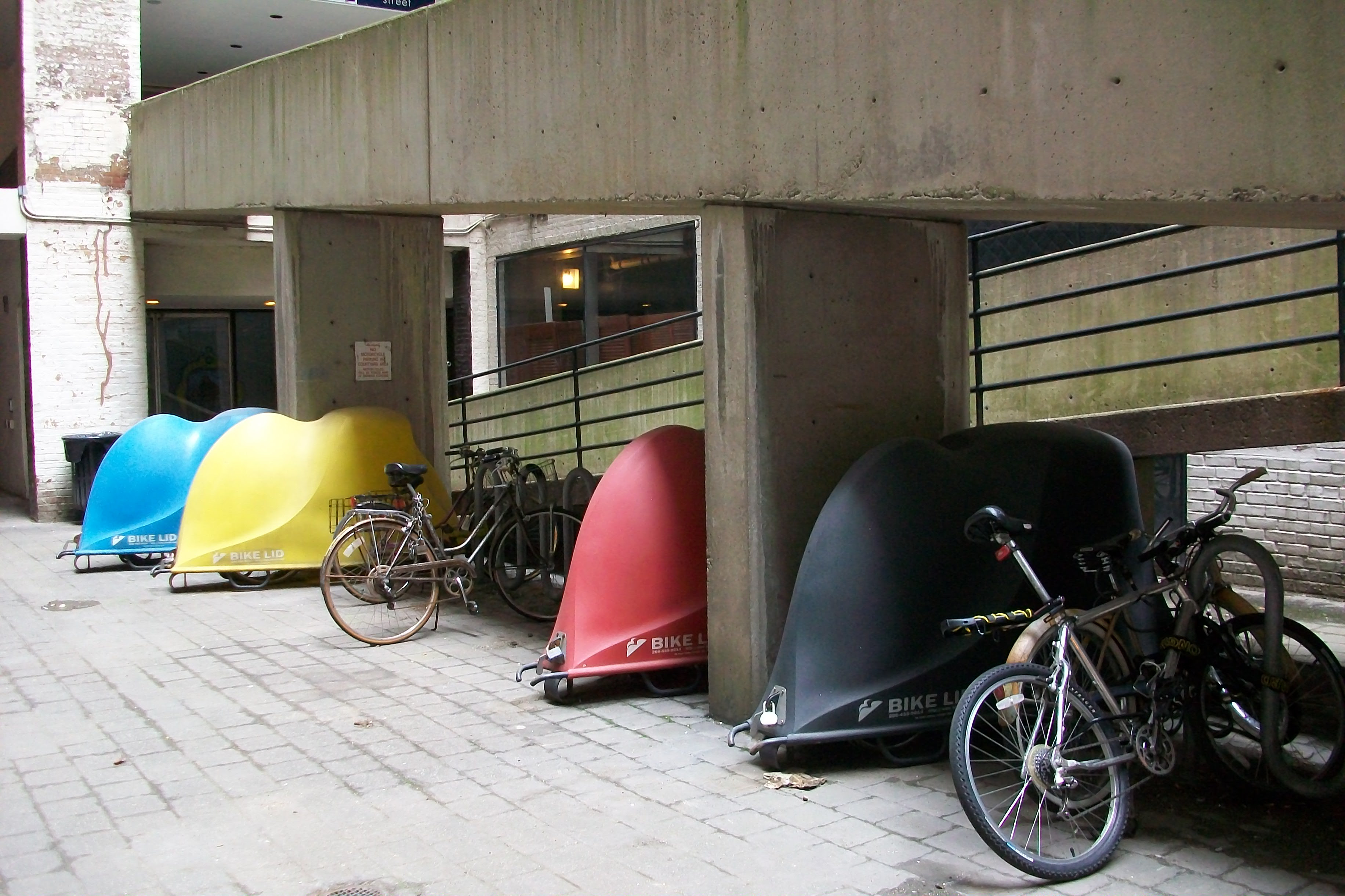 Also from our archives, the BikeLid:


What's looks like a boa constrictor that has swallowed an animal and protects and secures bicycles? A BikeLid bicycle parking system! Several weeks ago {August 2009} I spied four in a Chelsea courtyard. The uncovered bikes seem exposed and vulnerable. Each BikeLid can store two bicycles. How does the BikeLid work? Here are the instructions.