April 06, 2010
Mystery authors are known for their attention to plot and landscape details and fortunately for urbanists, many mysteries are set in cities. In a previous post, we quoted from the Victoria Thompson mystery Murder on Washington Square which as the title suggests is set in Washington Square Park in Greenwich Village.

Today, we offer a quote about a neighborhood in Sevilla, Spain from Robert Wilson's The Vanished Hands. (Original title: The Silent and the Damned.) 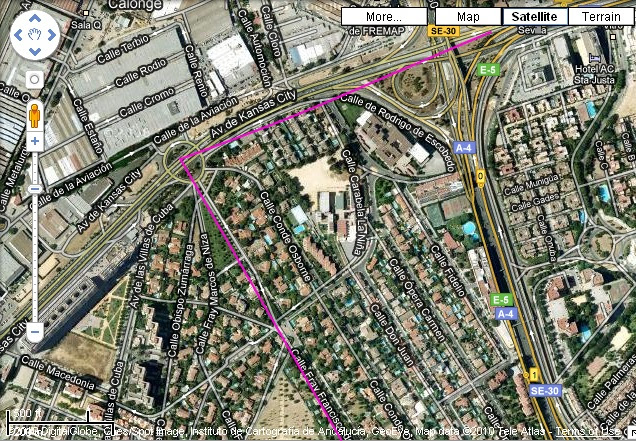 He headed out past the endless high-rise blocks of the Avenida de Kansas City {Kansas City is one of Seville's sister cities} thinking about the exclusive barrio where he was headed. The Garden City of Santa Clara had been planned by the Americans to quarter their officers after the strategic Air Command base was established near Seville, following Franco's signing of the Defense Pact of 1953. Some of the bungalows retained their 1950s aspect, others had been Hispanicized and a few, owned by the wealthy had been torn down and rebuilt from scratch into palatial mansions. As far as Falcon remembered none of these changes had quite managed to rid the area of a pervasive unreality. It was to do with the houses being on their individual plots of land, together but isolated, which was not a Spanish phenomenon but rather like a suburban American estate. It was also, unlike the rest of Seville, almost eerily quiet.... Falcon parked in the shade of some overhanging greenery outside the modern house on Calle Frey Francisco de Pareja. 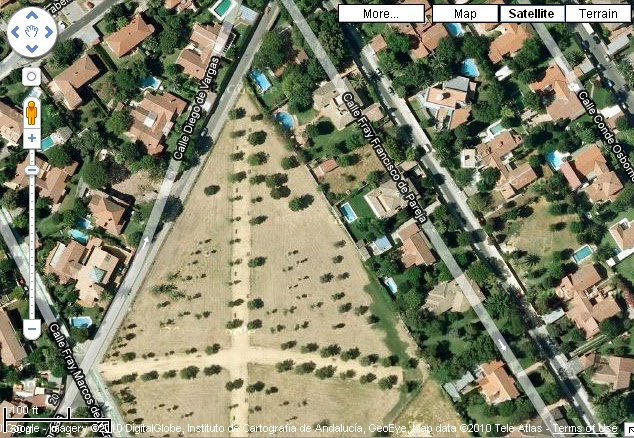 We started this post by remarking on the acute observatory skills of mystery authors.  Here is how Robert Wilson describes his approach to writing:


My first job (the easy part) is research and, because my books are initially inspired by setting, this usually involves some travel and then a hell of a lot of reading before I'm confident enough to start writing....

Two questions: One, if you are a writer, what is your first step in drafting your work? Two, what are your favorite descriptions of cities in works of fiction?