July 28, 2010
We chronicled our stroll around Washington Mews in September of 2009.  In the same essay, we wrote about Grove Court, a mews of sorts of of six houses between 10 and 12 Grove Street in the West Village.  Today, we would like to share with you a mews, an alley, a cul-de-sac, and a former stables, but first, a quote about the desirability of former coachmen houses and stables.

From the AIA Guide to Boston by Susan and Michael Southworth (thank you!) writing about Acorn Street on the South Slope of Beacon Hill:


This cobblestone street is a charming remnant of early nineteenth-century life....These very desirable small homes were originally the residences of coachmen who served families in the nearby mansions and fine homes on Chestnut and Mount Vernon Street.  (2008, 2) 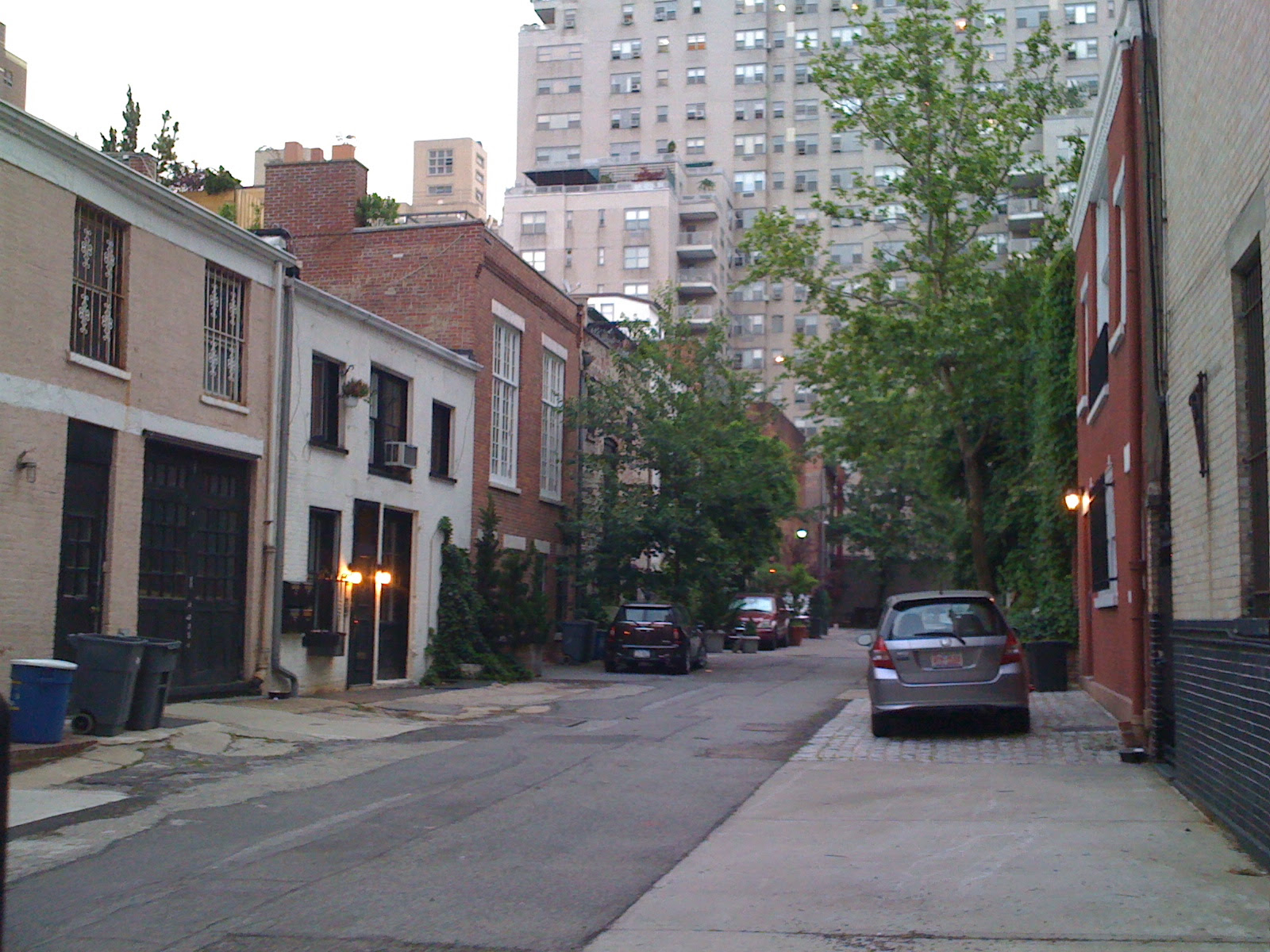 MacDougal Alley (private). According to Forgotten NY Alleys, the street "was built in the 1830s to access stables servicing nearby Washington Square North." 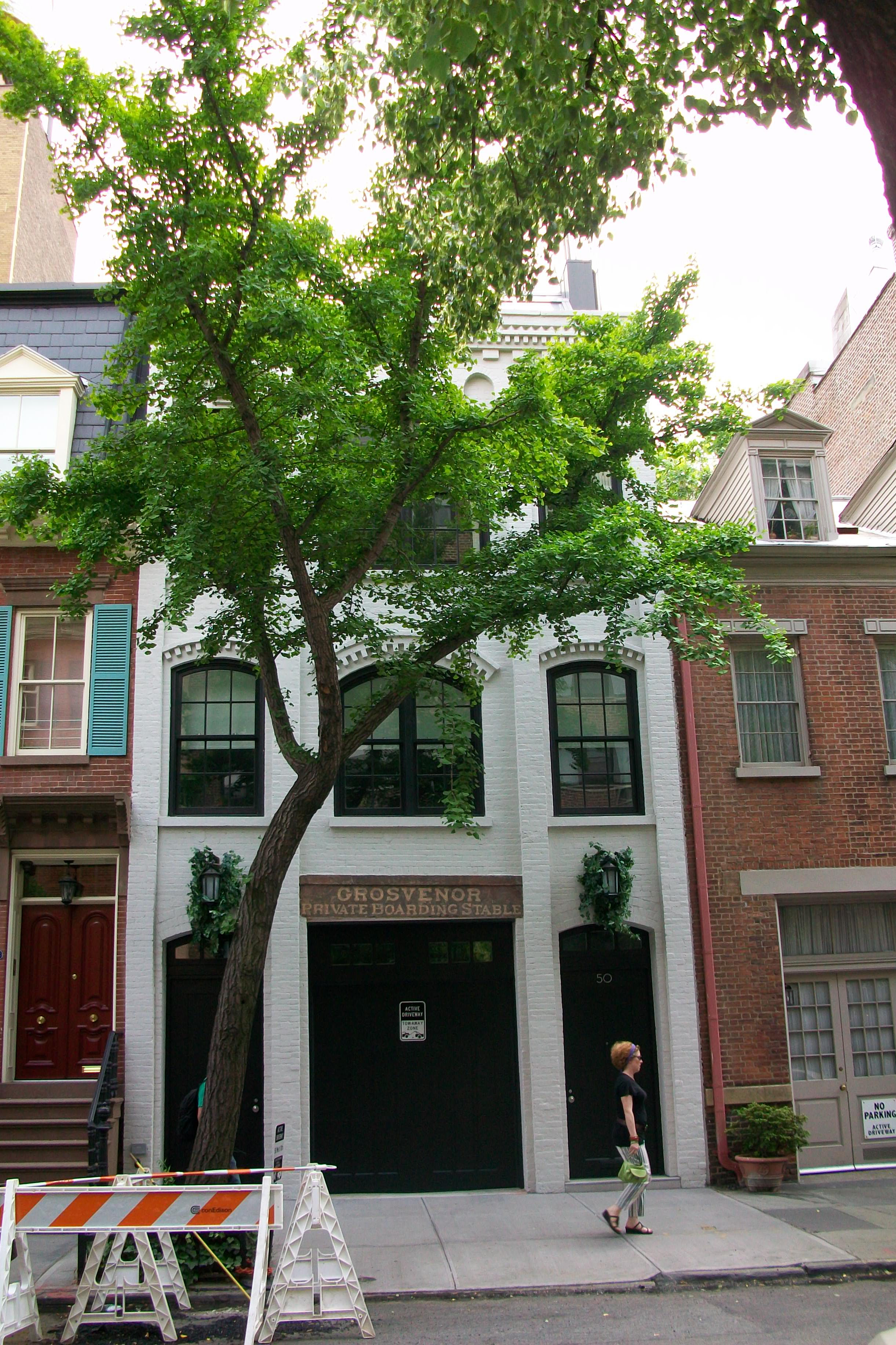 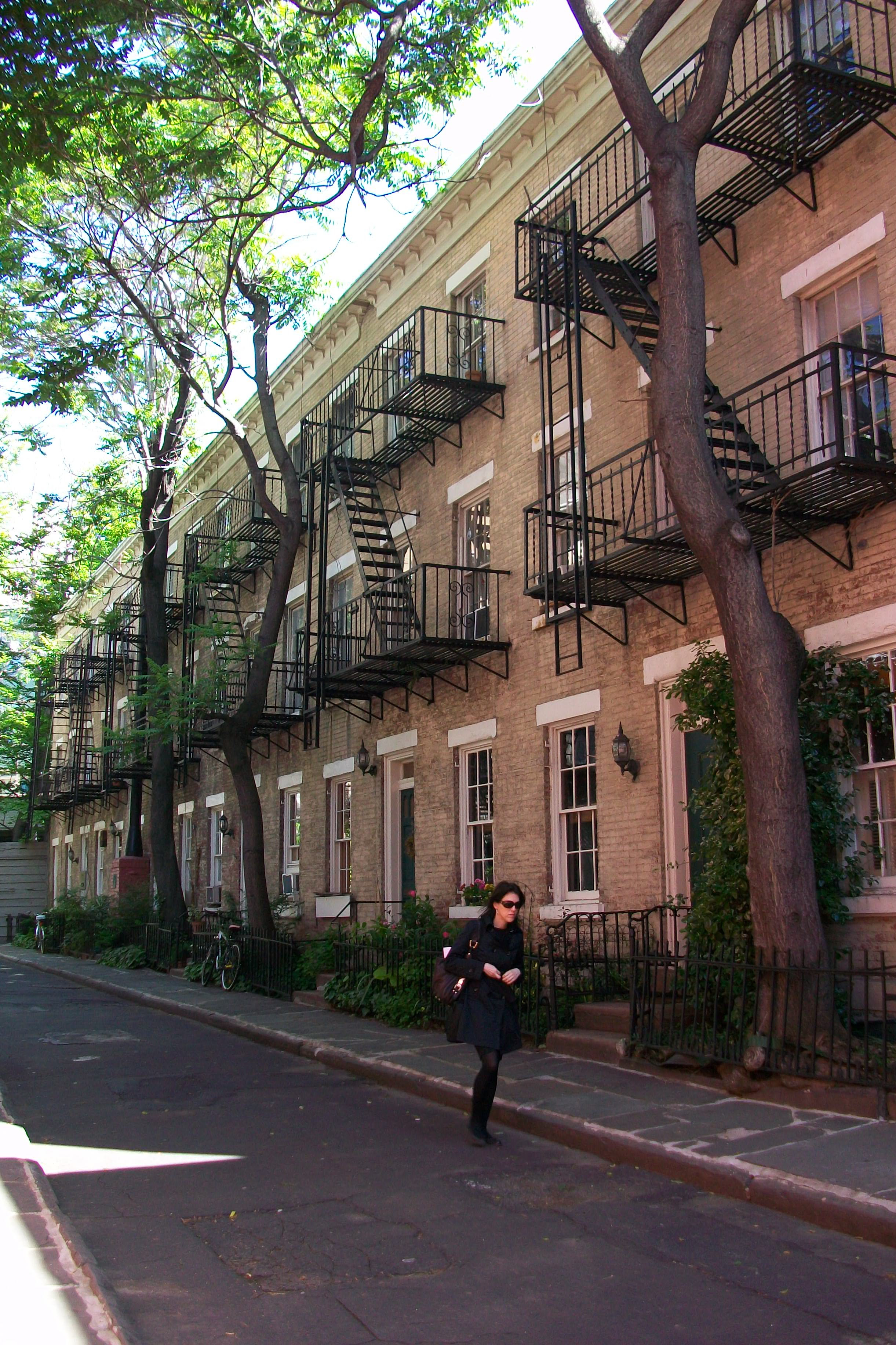 The cul-de-sac in this story is Patchin Place off West 10th Street.  It was deeded to Aaron Patchin by his father-in-law, Samuel Milligan.  The houses were built in 1848 and The Rough Guide to New York City informs us that the street was home to several cultural figures such as Djuna Barnes, e e cummings, Ezra Pound, and Eugene O'Neill.  Despite the illustrious figures who lived on the cul-de-sac, the folks at nyc-architecture write that the houses were threatened with demolition in 1963 but were saved via a community action and landmarked in 1969. 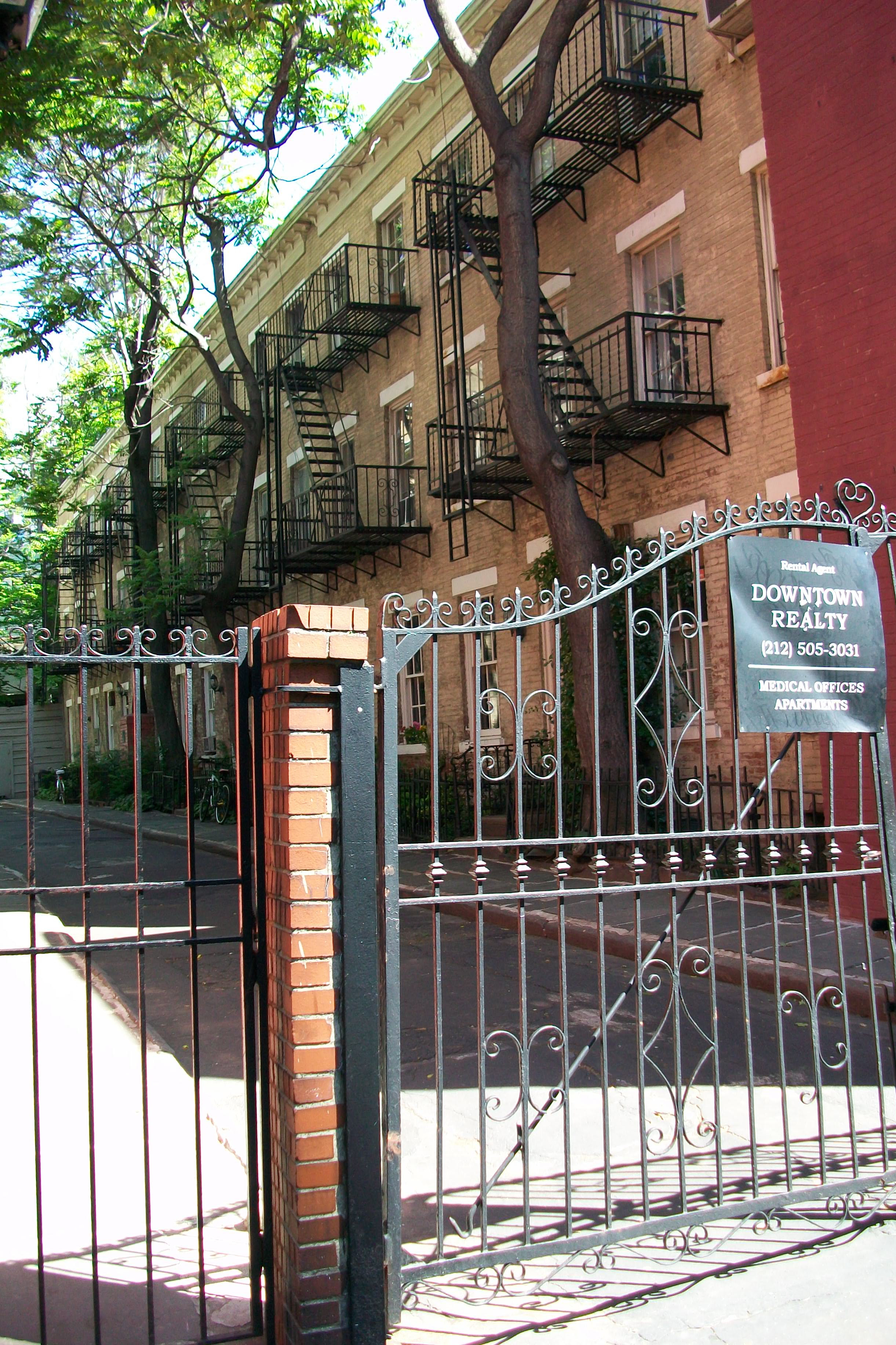 The now gated 10-house community began its life as worker housing for Brevoort House Hotel (Fifth Avenue) employees, according to MCNY, but the cul-de-sac's Wiki entry points out that the hotel was not constructed until 1855.  A New York Times article about the street says the housing was built for "neighborhood workers."  What was once worker boarding rooms, in 2003, cost "between $1,400 and $1,800 for the same single room," according to the same Times article!