New Bowery Cemetery of the Spanish and Portuguese Synagogue 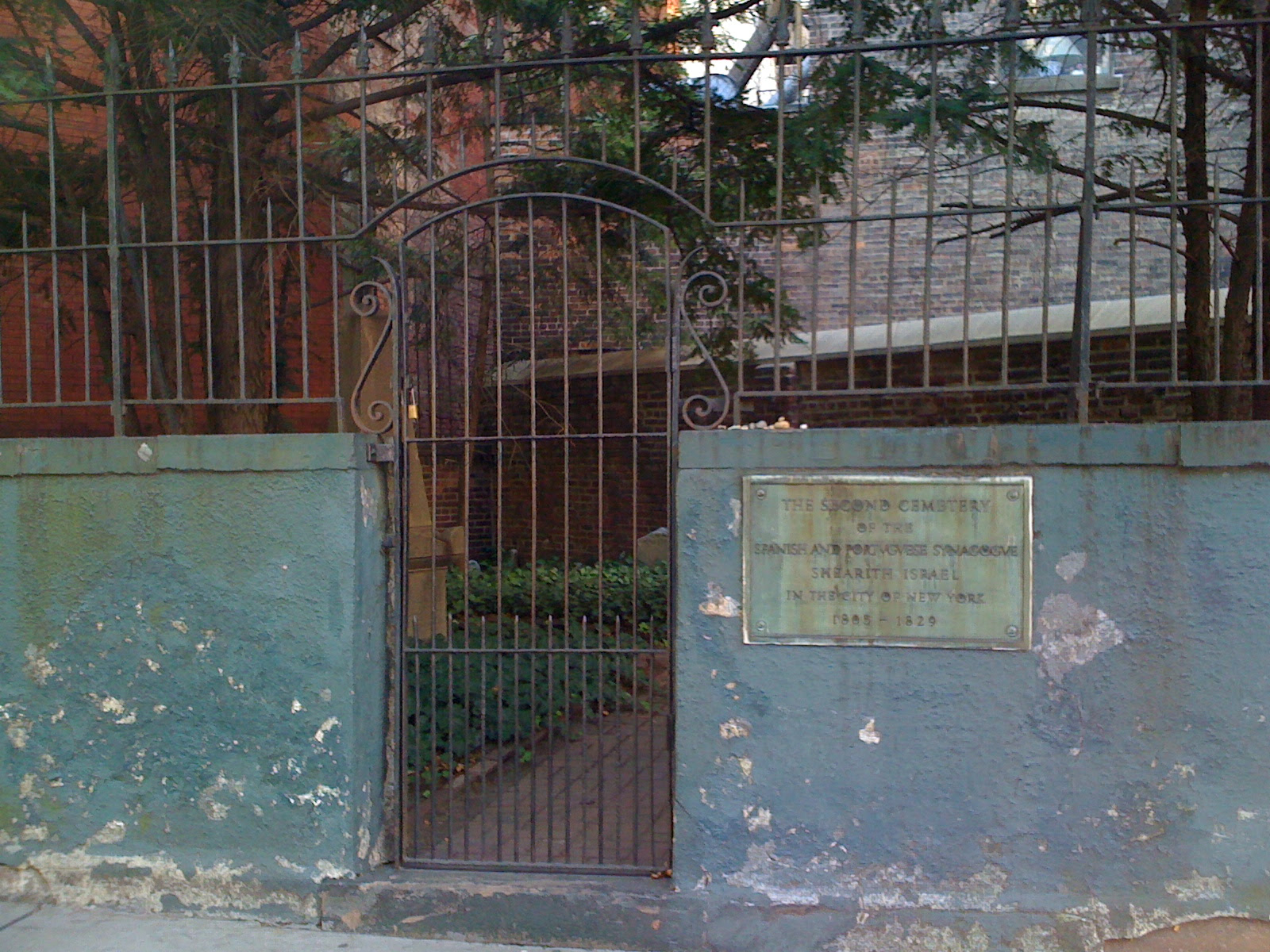 A sliver of land filled with conifers and surrounded by a low blue wall and lovely wrought iron caught our attention during a recent walk along West 11th Street. This triangular parcel is the New Bowery Cemetery of the Spanish and Portuguese Synagogue, one of three cemeteries of the Congregation Shearith Israel. 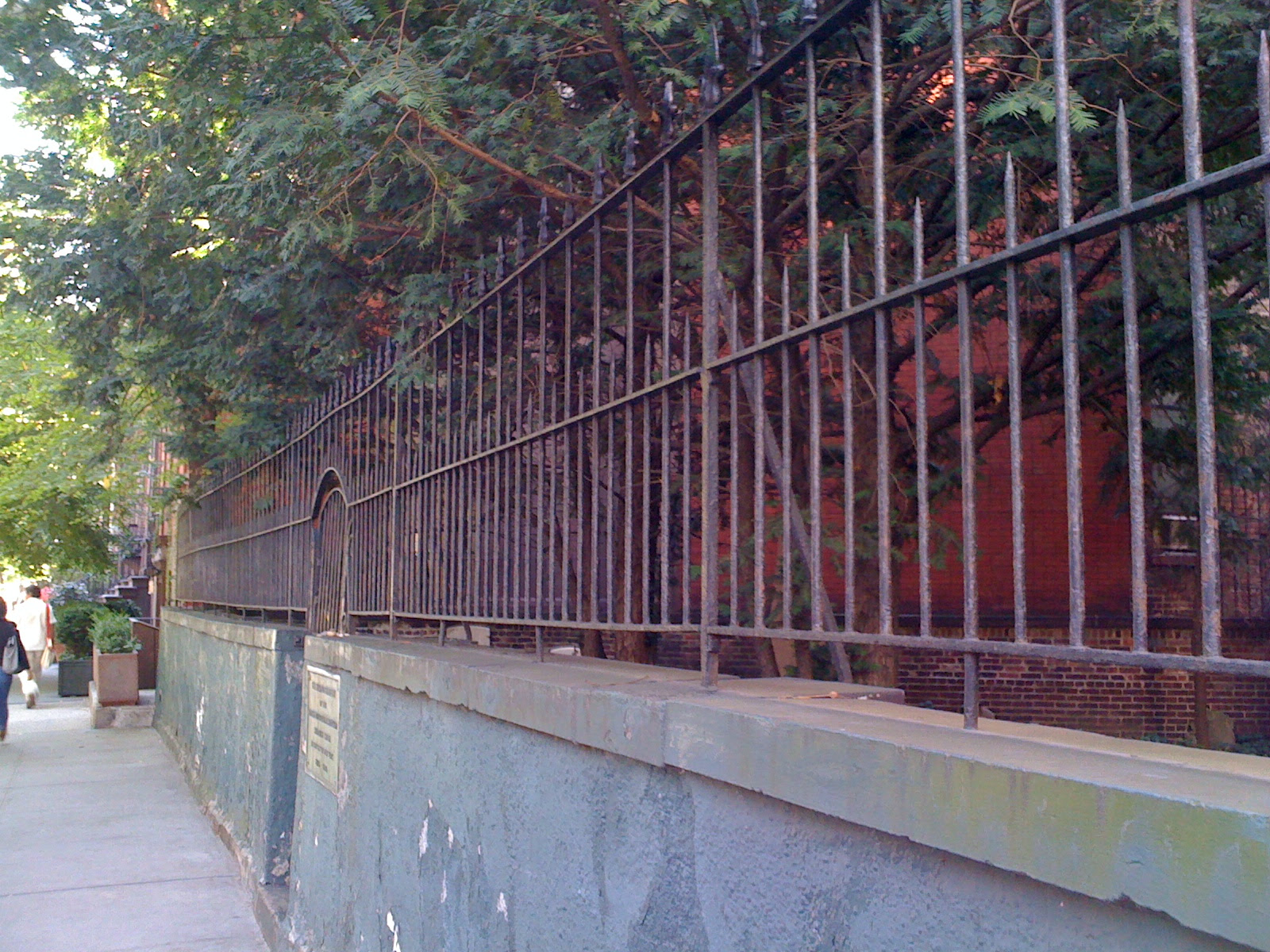 According to the Cemeteries of Congregation Shearith Israel website, the cemetery was a large, square plot when burials began in 1805. The cemetery was reduced in size in 1830 with the construction of West 11th Street.  Grave sites affected by the new street layout were moved to a Shearith Israel cemetery at 98-110 West 21st Street.

In 1847, the Rural Cemetery Act legislated the establishment of cemeteries in rural areas of New York State such as western Queens.  Thus, when the Common Council of New York City banned new burials within Manhattan (the only borough of NYC at the time), subsequent interments of Shearith Israel congregants were made in Queens. 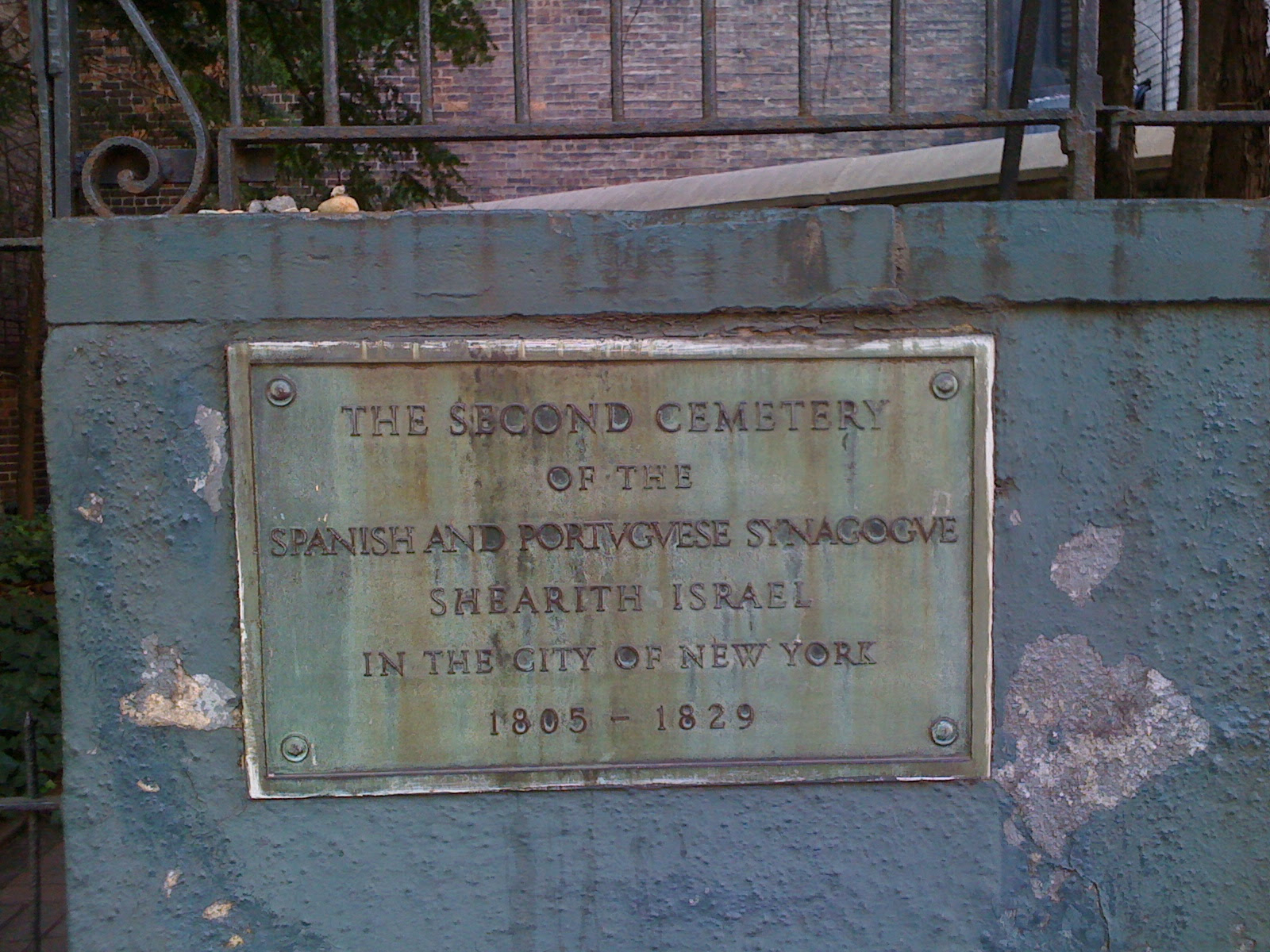 Stay tuned for an essay about Urban Cemetery as Arboretum by landscape designer Aaron Odland.