An orchard grew in Brooklyn Heights? 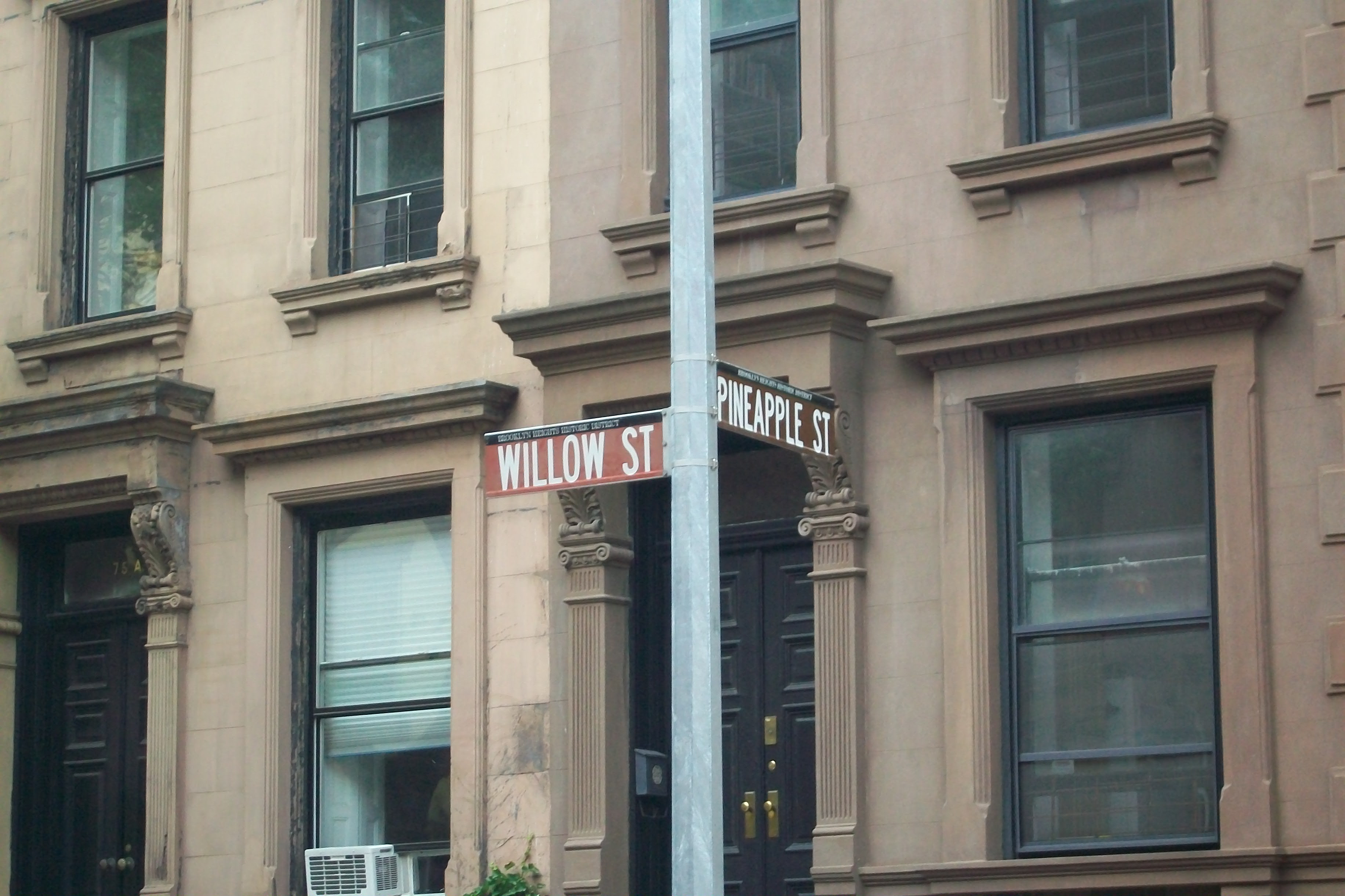 When we came across several fruit-named streets in Brooklyn Heights, I immediately thought that the area was historically an orchard.  I was wrong.  It would have been challenging to maintain a tropical fruit orchard in New York.  And where would a cranberry bog fit into the landscape? Read about creating a bog garden on the Brooklyn Botanic Garden website.  Also, note the cross street -- Willow Street.

The Brooklyn Heights's streets Orange, Cranberry, and Pineapple were originally named for aristocratic families, a practice that nineteenth century resident Lady Middagh found "pretentious," so she renamed the streets.  These streets influenced the name of a nearby sitting area -- the Fruit Street Sitting Area. 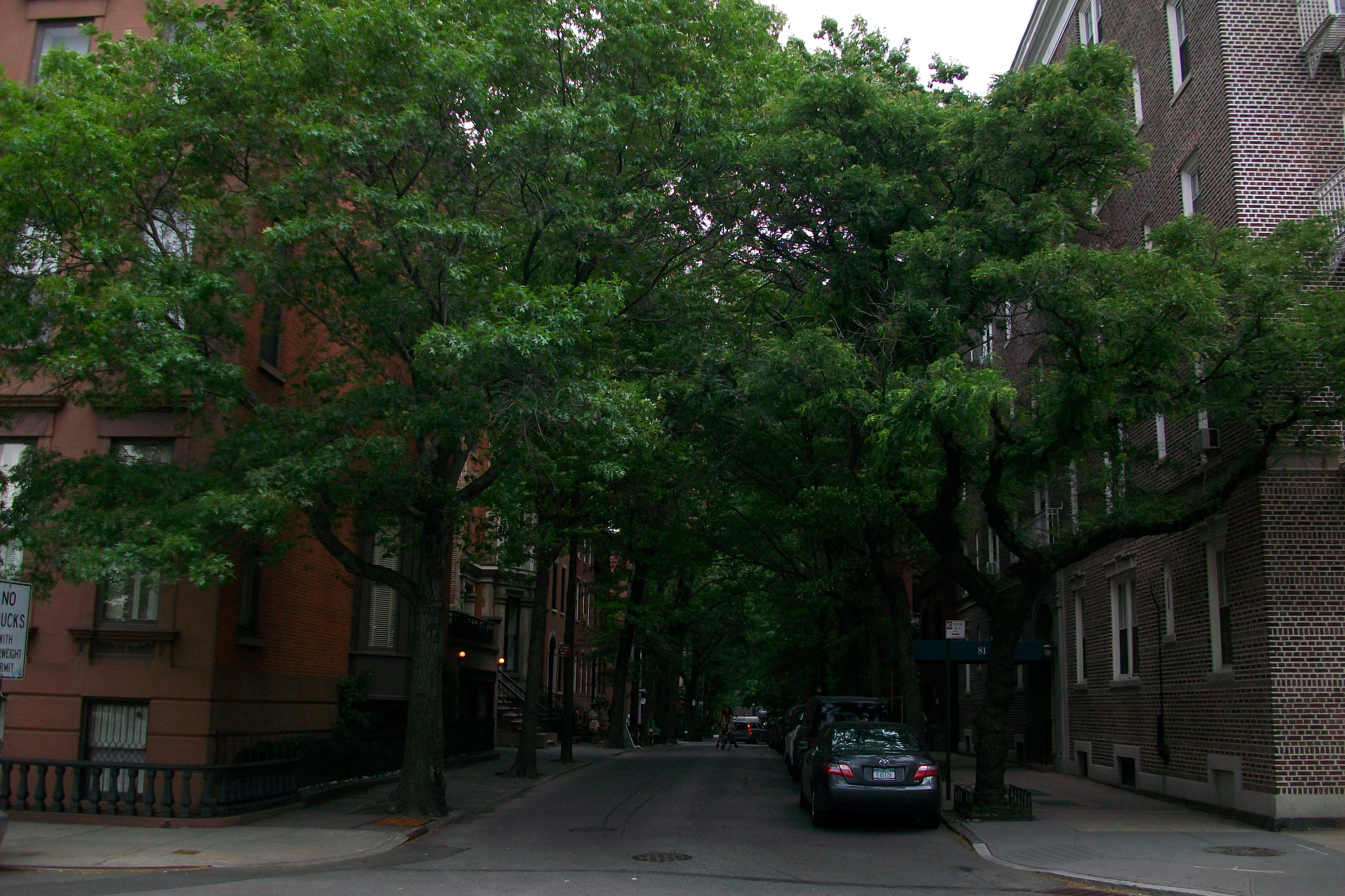