September 14, 2010
Watching Woody Allen's "Manhattan Murder Mystery" recently, I recognized Gramercy Park and Stuyvesant Square!  A quick search of the internet confirmed my guesses.  More recently, the Bowery Boys wrote about the World Trade Center in movies which convinced me to write a post about the city's parks in movies.  Another internet search revealed a NYC Parks webpage - Cinematic Parks - which lists films that feature city parks. 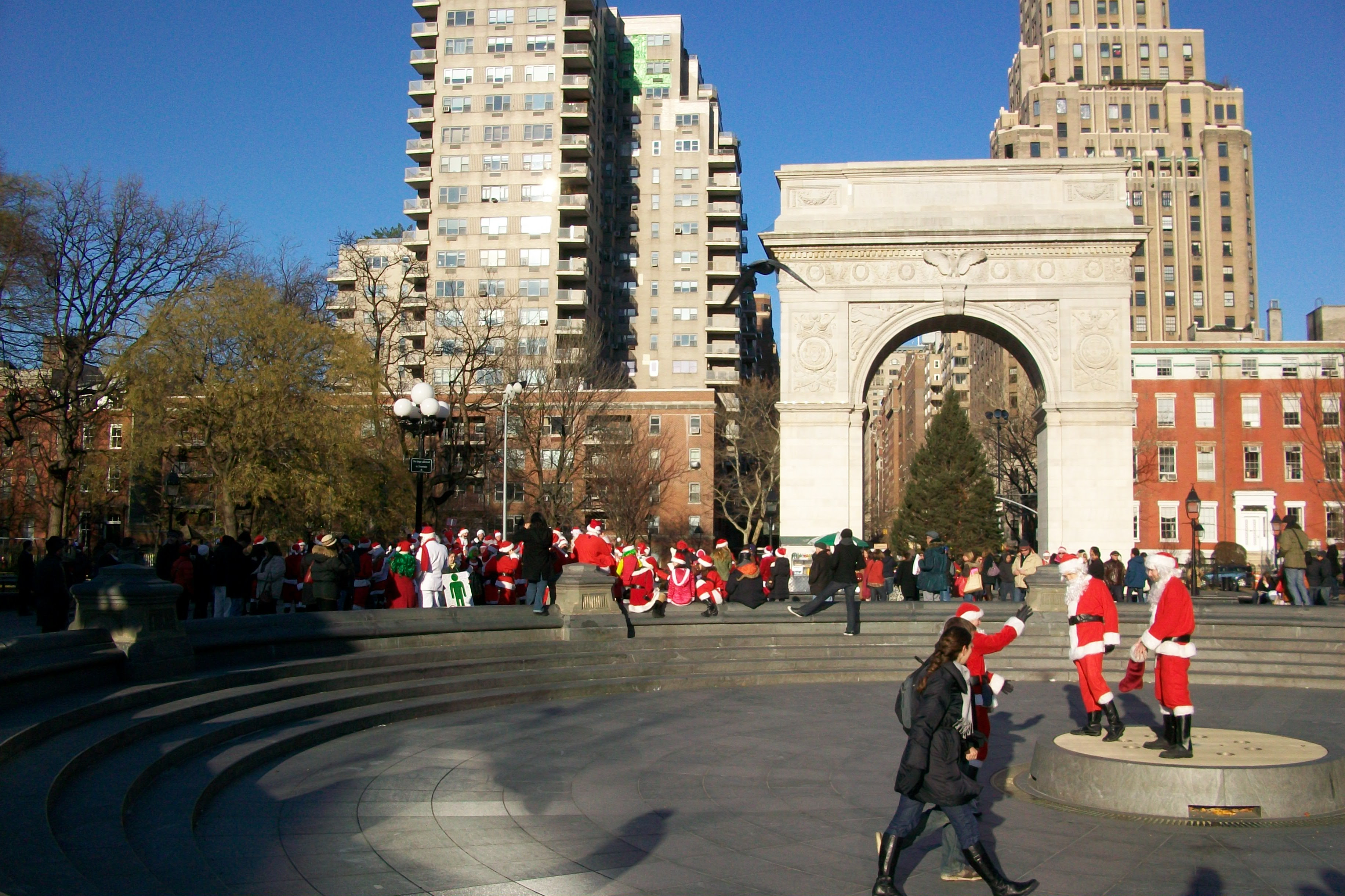 Scenes of Washington Square Park  can be seen in When Harry Met Sally (1989) and Kids (1995).  The park's chess playing area - a "battleground for chess enthusiasts" - was famously portrayed in Searching for Bobby Fischer (1993) while Will Smith's I Am Legend (2007) character lived in a townhouse off the park.

The Cinematic Parks webpage also notes that parks have "stood in" for each other.  For example, the Bleecker Street sitting area (I think it is Father Demo Square) represented a park in Brooklyn Heights.  The movie was Moonstruck (1987) starring Cher whose character lived on Cranberry Street (see tomorrow's post).

Parks from other New York boroughs have been featured in films, too!  Frederick Law Olmsted's other New York pastoral masterpiece, Prospect Park, can be seen in Sophie's Choice (1982) and As Good As It Gets (1997).  The Bronx's New York Botanical Gardens Enid A. Haupt Conservatory was the backdrop for an "important scene" in The Age of Innocence (1993).