October 01, 2010
Two weeks ago we first ran a story about Curbolution, Team Sang-ayuna's submission to the Minds in the Gutter search for stormwater capture technologies.  Today we follow-up with a profile of the City's Greenstreets Program. 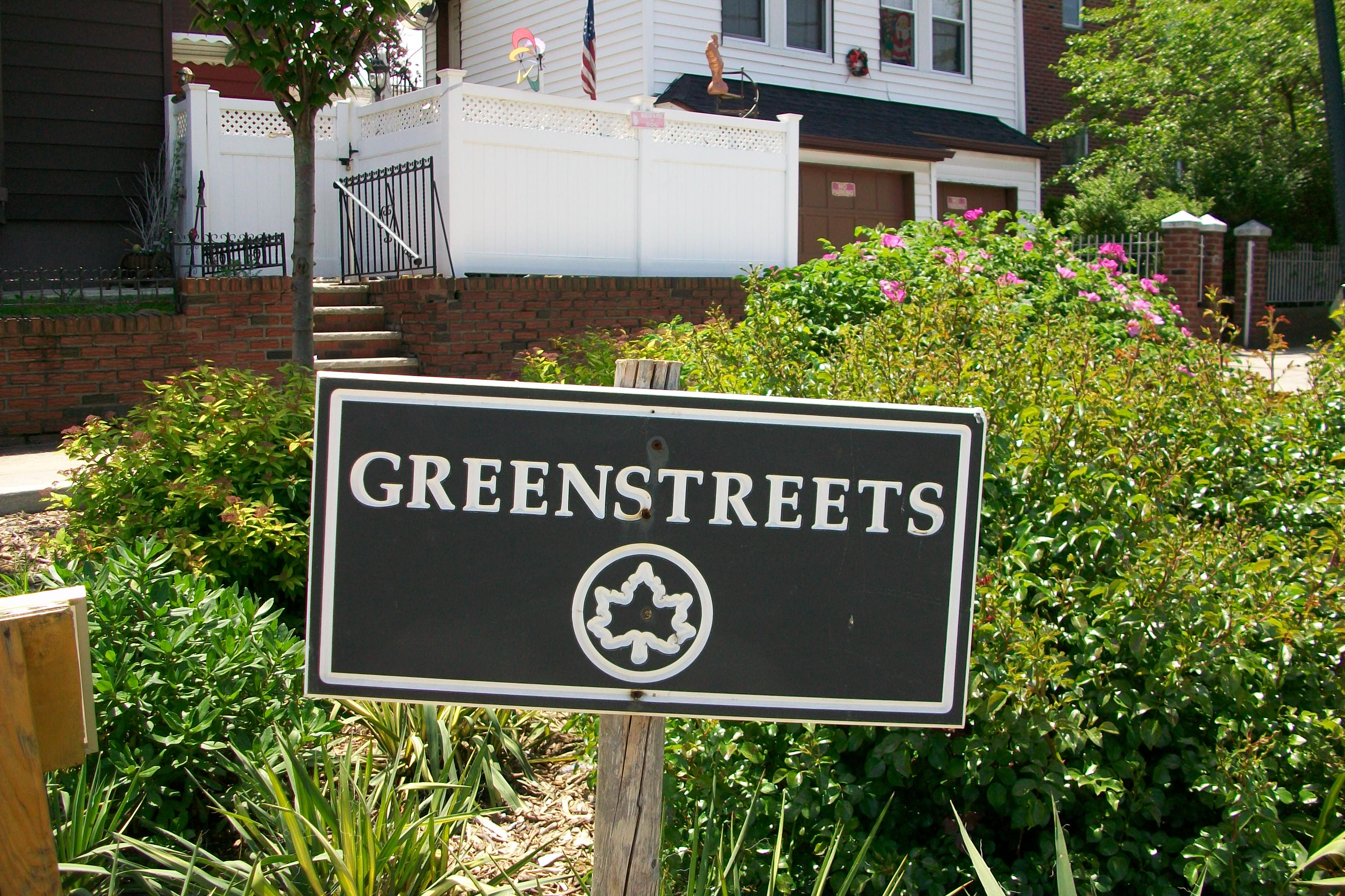 What: Greenstreets for stormwater capture

Who: New York Parks and Recreation Department in partnership with the Department of Transportation.  DOT owns the roadways -- roadways are used because they offer greater storage capacity than sidewalks -- and Parks provides design services, designation, maintenance, and assumes liability.

How: Greenstreets for runoff mitigation differ from the City's conventional greenstreets in their physical design and location.  While both types of Greenstreets are landscaped with trees, shrubs, and herbaceous perennials, the stormwater ones are located in flooding hotspots and in neighborhoods adjacent to areas with "troubled" water quality.  Stormwater Greenstreets are designed to meet a performance standard of 1.7 inches of rain.  This is accomplished with elements such as inlets and outlets (curb cuts), bioswales, and engineered soil profiles (two feet of soil, geotextile, and one foot of bluestone) to capture, store, and infiltrate stormwater.  Future design elements will include concrete weirs with gravel for sediment filtration.

Under the 2007 PlaNYC initiative, the Greenstreets Program was charged to develop a total of 800 new greenstreets  All Greenstreets will contribute to the City's goal of a 30% reduction in "global warming emissions."  The program received $2 million in federal stimulus money (ARRA) to construct 26 new stormwater greenstreets in the next two years.

We missed Adriana Jacykewycz  webinar about Greenstreets via the Urban Natural Resources Institute.