A pear tree belonging to Peter Stuyvesant once grew on the corner of E. 13th Street and Third Avenue.  Former governor Stuyvesant owned a bouwerij* (farm) in the area.  Excerpted from an article in The Villager:


The spot was once home to what was believed to have been the oldest tree in New York City, planted in 1647 by Peter Stuyvesant, the former Dutch governor of New Amsterdam, after he brought it from Holland. The spot became known as “Pear Tree Corner.” However, in 1857, two horse-drawn carriages collided and plowed into the tree, killing it. Kiehl’s was founded in 1851, and used to be on the corner, where it was called Pear Tree Pharmacy, for Stuyvesant’s tree. 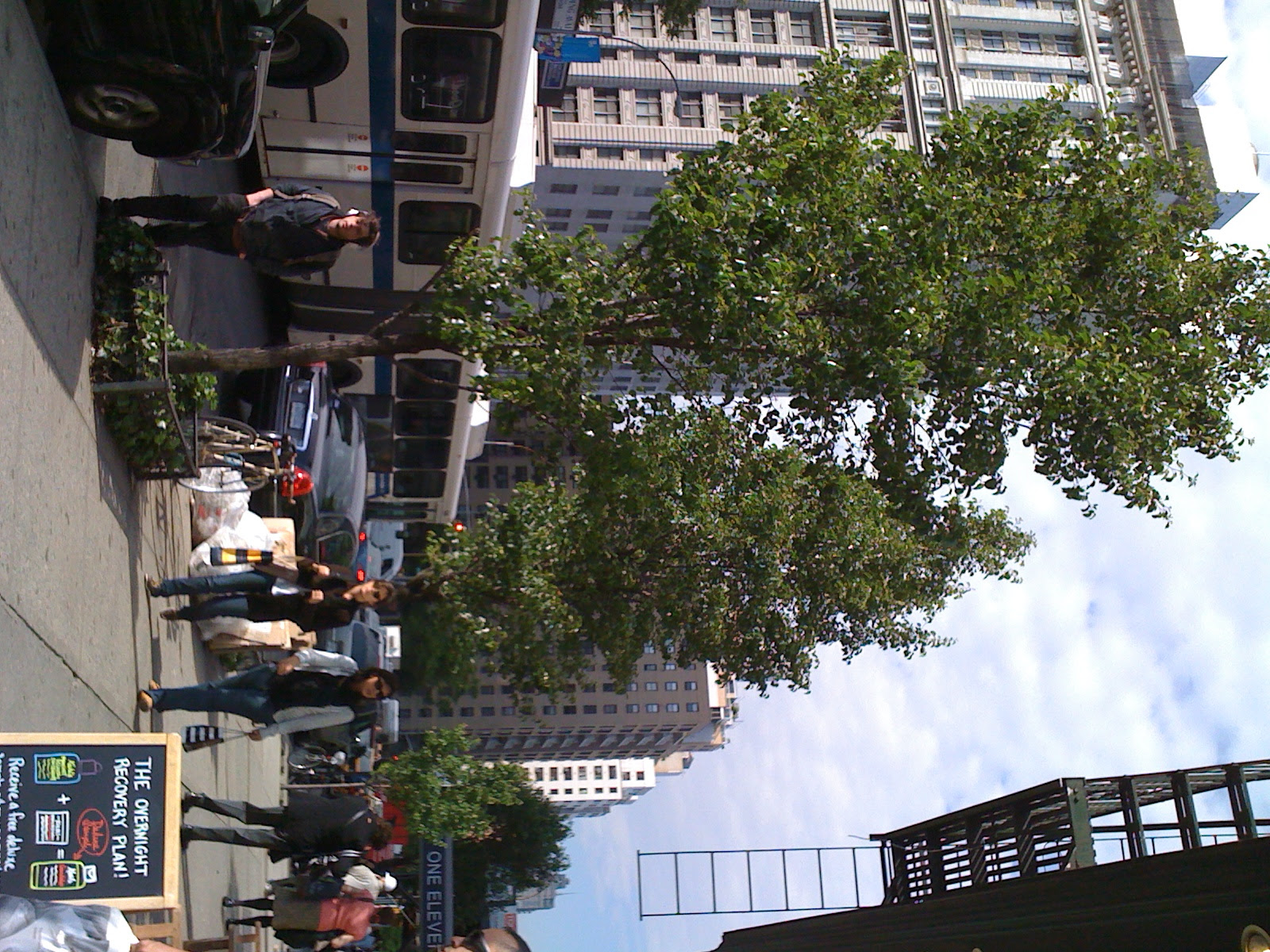 A Callery pear (Pyrus calleryana) was planted in honor of Stuyvesant's tree in 2003. 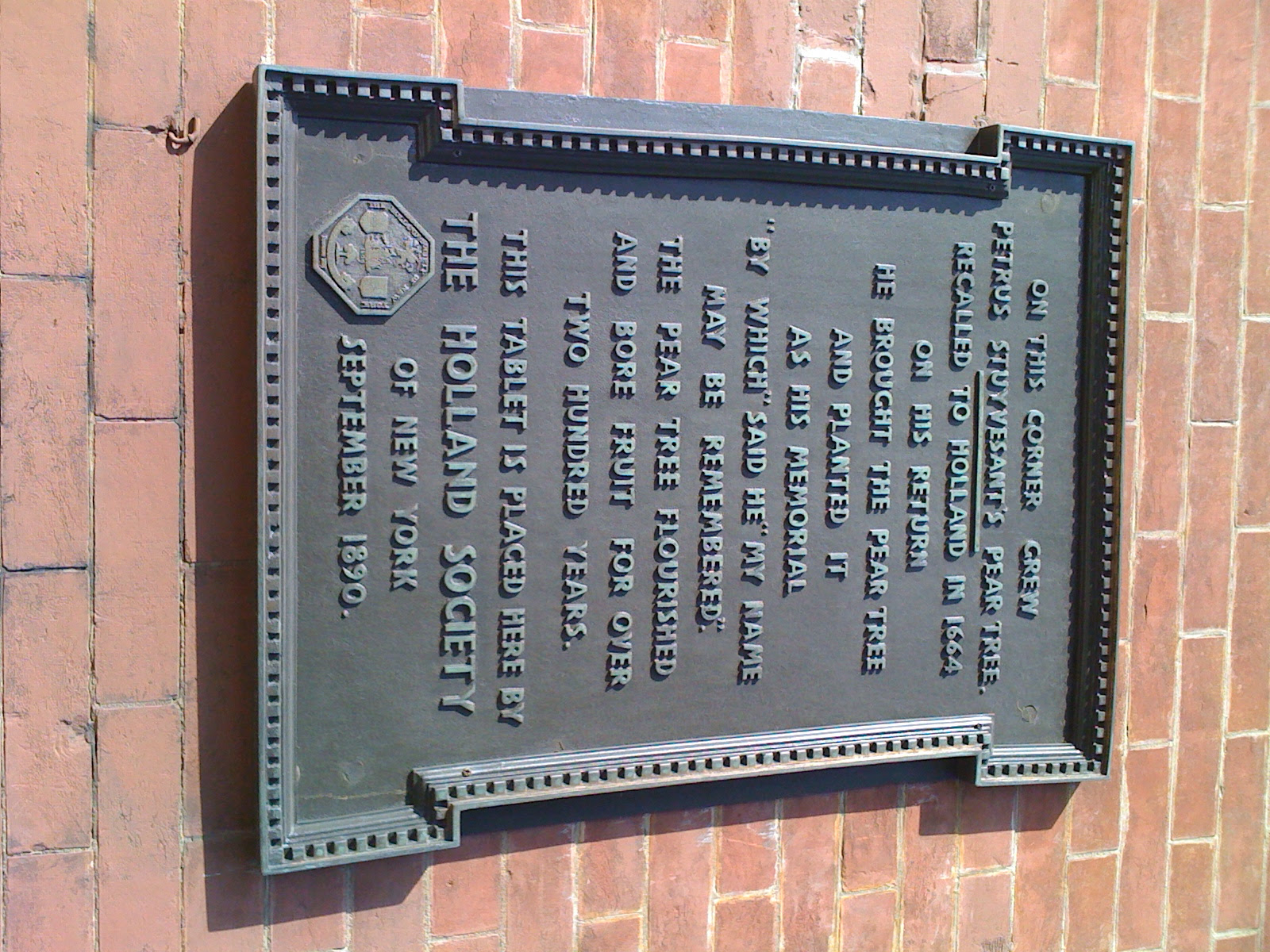 The original pear would have been a different species of Pyrus, most likely Pyrus communis (European pear).

*A major native American footpath - Bowery Lane - was named for Stuyvesant's bouwerji and is now known as Bowery.  The neighborhood surrounding the street is sometimes also referred to as Bowery.

Reader "Erica" commented that on April 13, 2012, "in the country of birth of Peter Stuyvesant, Holland, an ice cream with the taste of pear was presented. This is part of the many festivities around his 400th birthday that should be happening in 2012. The festivities take place in his municipality of birth Weststellingwerf. Peter Stuyvesant was born in Peperga (on walking distance from my house if you are a brisk walker, hehe)." For more details, see
http://www.blikopweststellingwerf.nl/nieuws/item/509-%E2%80%98stuyvesant-400-perenijs%E2%80%99-in-wolvega-gepresenteerd.