We count Washington Square Park as one of our neighborhood parks.  Imagine my surprise when I read that cars once ran through the park via Fifth Avenue!  On the "closing streets and roads" to gain parkland in Urban Green: Innovative Parks for Resurgent Cities

, Peter Harnik wrote that the park


had been bisected by Fifth Avenue until 1964.  Ironically, a proposal to expand that avenue into a freeway led to the uproar that made the park entirely car-free--and a much more successful space (2010, 143).

Road closure in the park resulted in a gain of one and a half acres of parkland according to Anthony Flint in Wrestling with Moses: How Jane Jacobs Took On New York's Master Builder and Transformed the American City

.  Flint placed the closure of Fifth Avenue at "a few weeks before the assassination of John F. Kennedy in November 1963."

The NYC Parks website recounts the freeway proposal this way:


In February 1952, Mrs. Shirley Hayes, a young mother of four sons (Dennis, Timothy, Christopher, Kerry) living in Greenwich Village, discovered the city’s plans to link Fifth Avenue, which at the time ran through the park, with West Broadway in an attempt to alleviate downtown traffic congestion. The measure, approved by the City Planning Board and then Parks Commissioner Robert Moses, would have removed the park’s fountain and allowed cars and buses to cut right through the heart of the park. 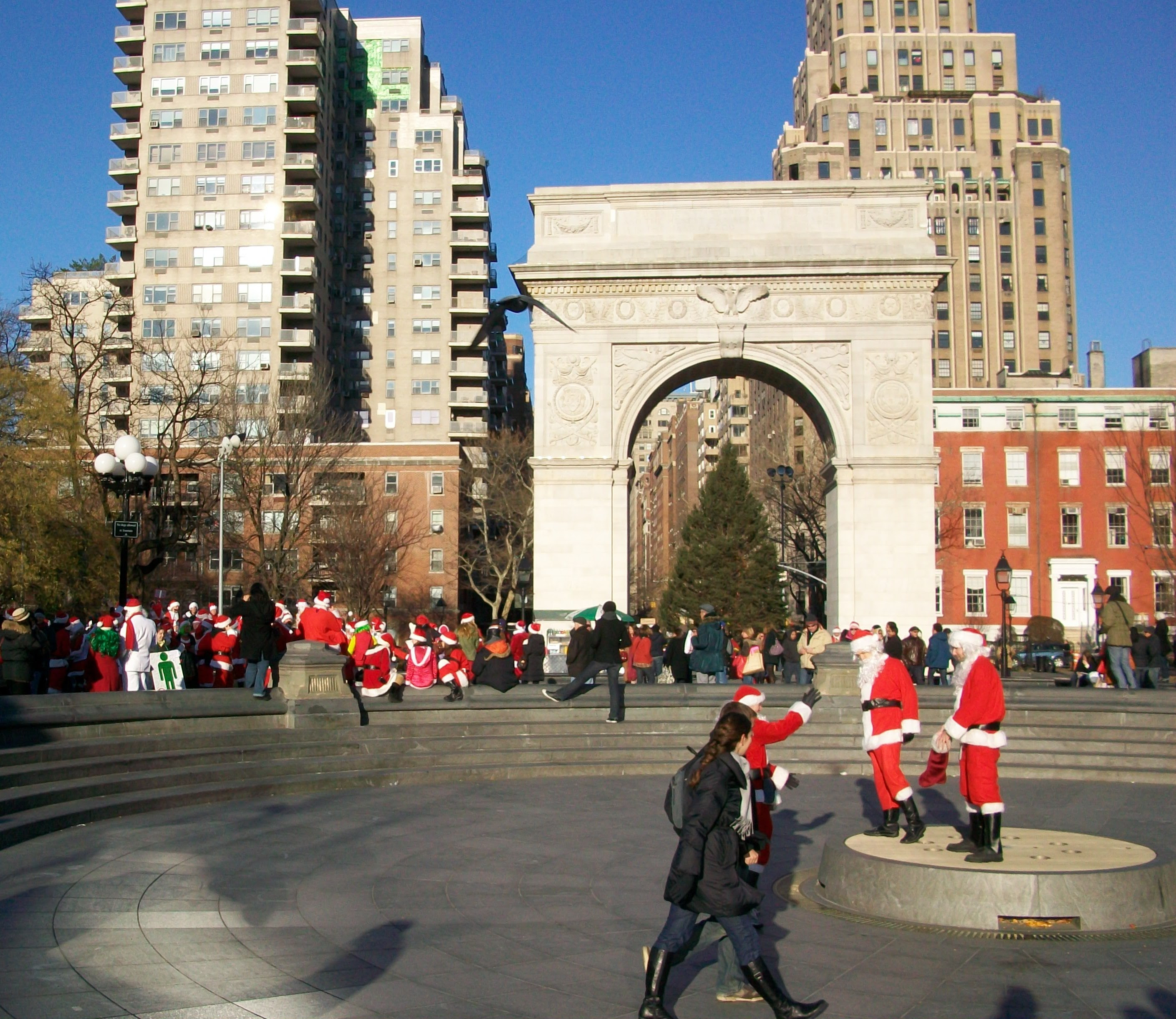 Before Fifth Avenue was closed at Waverly Place, the park's fountain was not centered on Memorial Arch and traffic curved around the fountain.  The relocation of the fountain was part of the first phase of the Washington Square Park reconstruction project which began in December 2007 and completed in May 2009.

For more photographs of vehicles being driven in the park, view the gallery at New York Architecture's website.