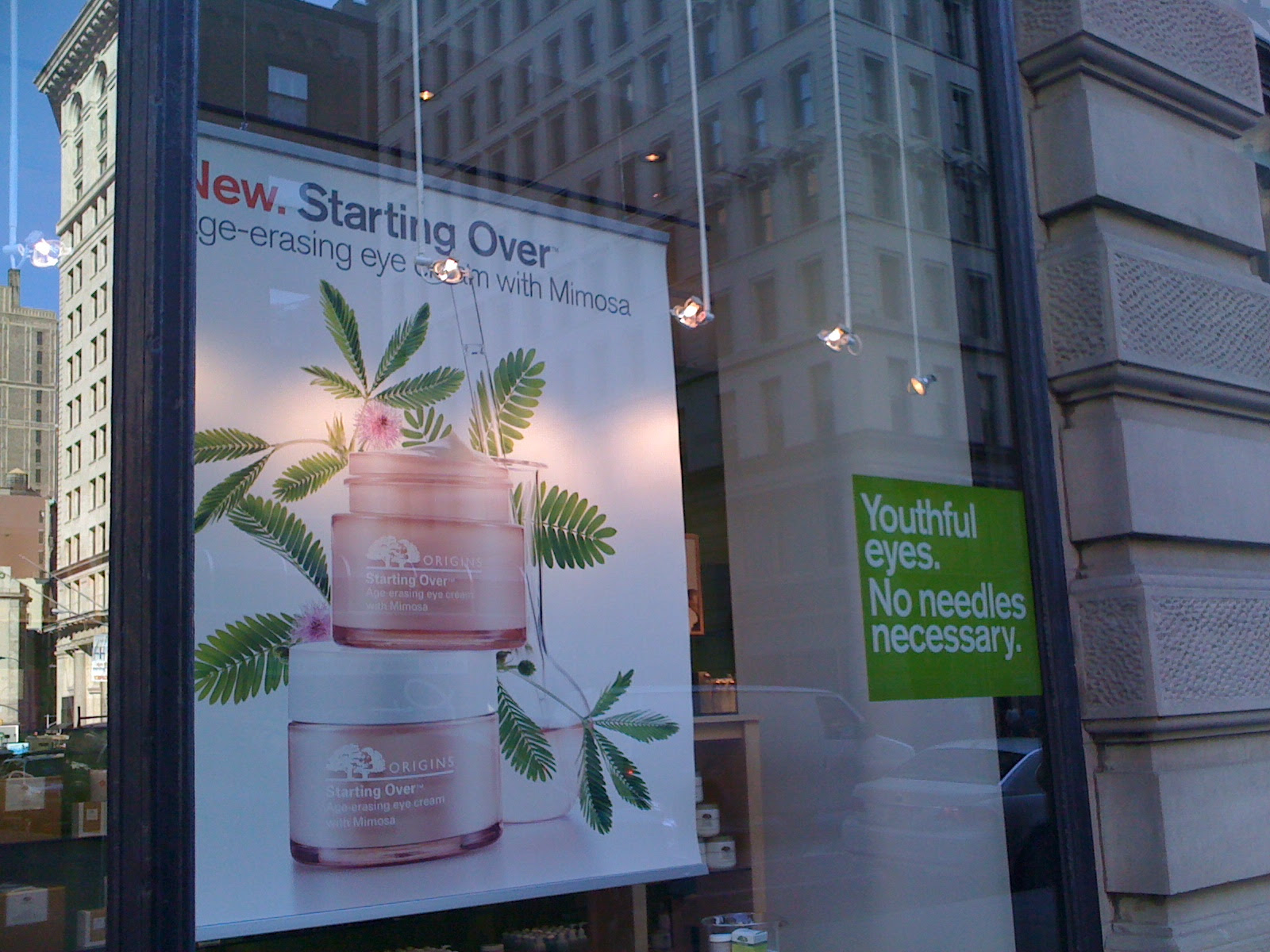 On its website, Origins lists the four main ingredients in its new collection, Starting Over as Horse Chestnut Extract, Green Algae, Argan Leaf, and Mimosa tenuiflora.  However, in its print ads (see above), the latter ingredient is listed only as Mimosa.  Some of you, like me, might think that Origins was using Albizia julibrissin Durazz., commonly known as mimosa, silktree, or silky acacia, in its new moisturizer line.  A designated "weed of the week" by the Forest Service in 2004 given new life as an "age-eraser" in 2011.  This is not the case.


Because silk tree can grow in a variety of soils, produce large seed crops, and resprout when damaged, it is a strong competitor to native trees and shrubs in open areas or forest edges.  Dense stands of mimosa severely reduce the sunlight and nutrients available for other plants.

The plant, native to East Asia (China), was introduced to the United States in 1745 and now is naturalized from New Jersey to Louisiana and in California.  Despite its status as a "least wanted alien plant," this mimosa "continues to be a popular ornamental because of its fragrant and showy flowers," according to NPS.  Surprisingly, Albizia julibrissin is listed as an approved street tree species by the City of Los Angeles and Seattle (with reservations)!  (It was described as "one of the most desirable ornamental trees which we have for parking, narrow streets, or for alternating with standard shade trees [and] for lawns or for small avenues..." by William Willard Ashe in Shade Trees for North Carolina published in 1908.)

I was surprised by the inclusion of river birch, American holly, and sweetgum as none of these trees have showy flowers.  Technically, neither does the dogwood.  The bracts that surround the dogwood's true inconspicuous flowers are often mistaken for the tree's flowers.  The birch, holly, sweetgum, and dogwood do have other characteristics that make them excellent alternatives to A. julibrissin.  River birch bark stands out in the winter and sweetgum has spectacular fall color ranging from yellow to red to purple.  The fruit (drupe) of both American holly and flowering dogwood are wildlife food sources.  The Forest Service's Silvics Manual reported that the fruit of the flowering dogwood has "been recorded as food eaten by at least 36 species of birds, including ruffed grouse, bob-white quail, and wild turkey. Chipmunks, foxes, skunks, rabbits, deer, beaver, black bears, and squirrels, in addition to other mammals, also eat dogwood fruits."

Going back to Origins, the company decided to use Mimosa tenuiflora in its new product line because of the plant's historic use in treating burns and wounds in its native range of Central Mexico to parts of South America.  The company claims that M. tenuiflora acts as "a potent stimulator of natural collagen."  More about M. tenuiflora's ethnobotany can be read here.