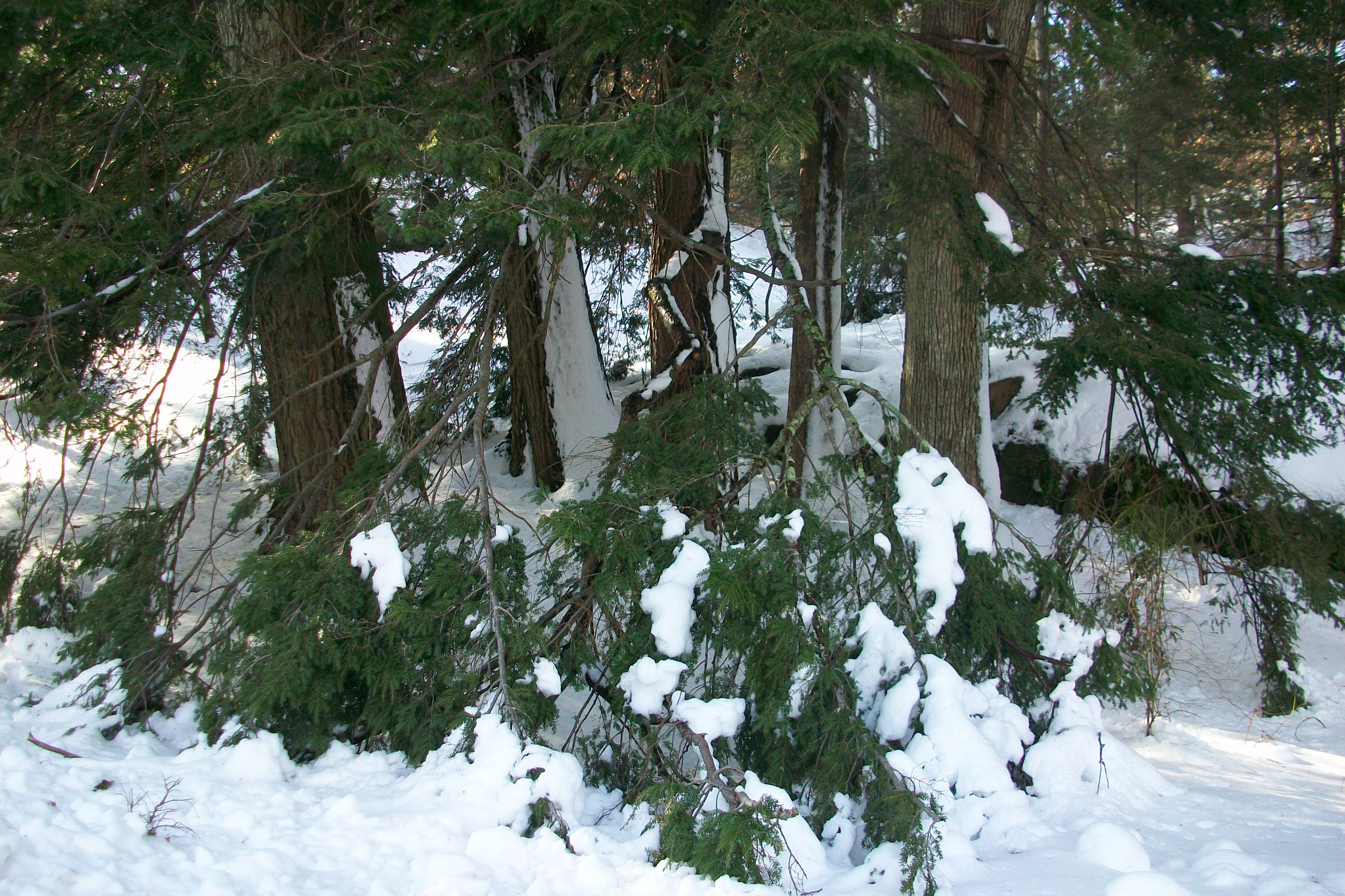 Searching for text to illustrate the photographs below I found mention of Trees in Winter: Their Study, Planting, Care and Identification written by Albert Francis Blakeslee and Chester Deacon Jarvis, first published in 1913 by Macmillan, and reissued in 2010 by Nabu Press (selections from the first edition available on Google Books). 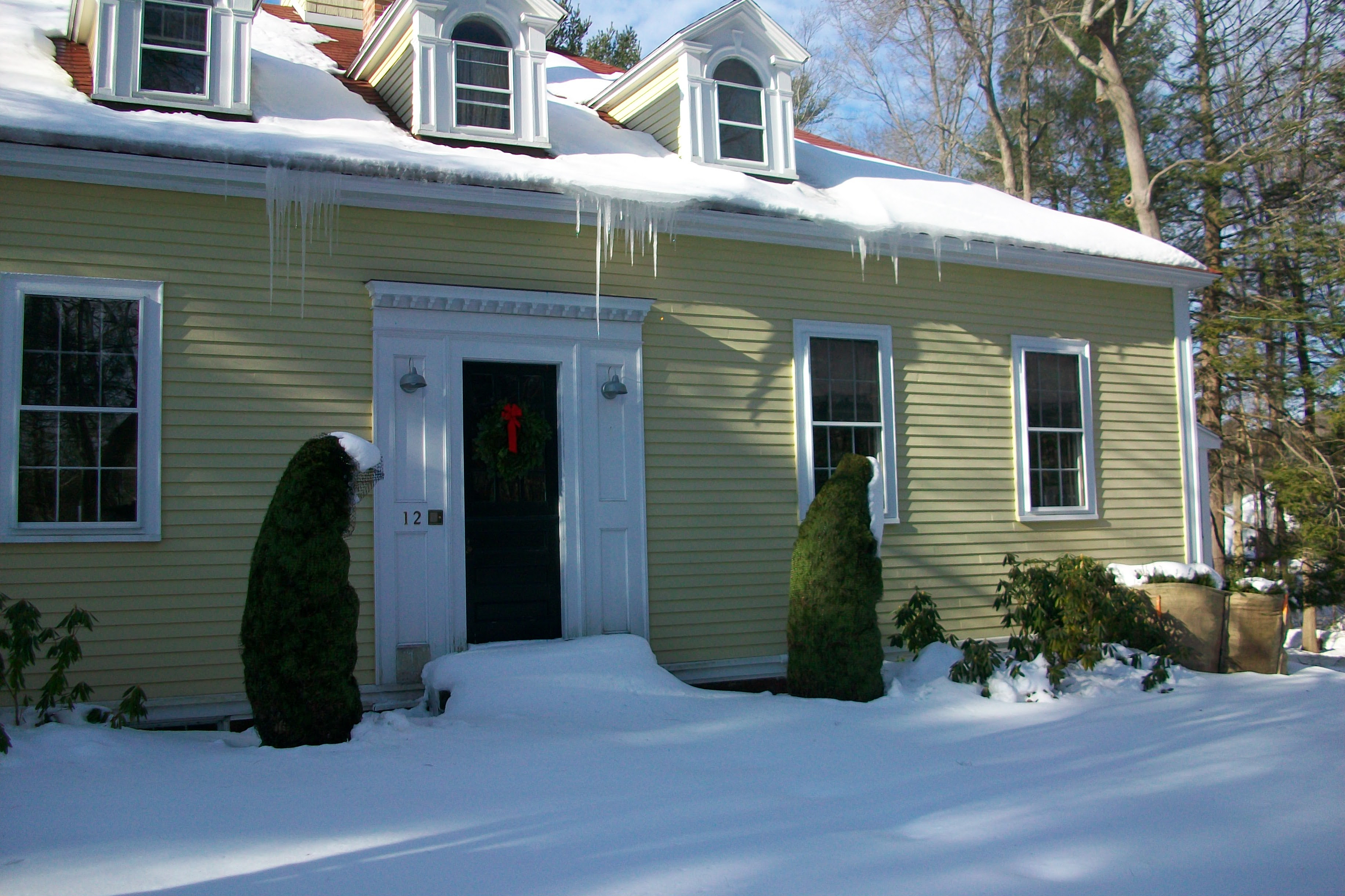 "Evergreens are often injured by the accumulation of soft snow on their branches. Valuable specimens should be closely watched and relieved of their heavy burdens during snow storms"  (Blakeslee and Jarvis 1913, 132).  Note: the shrubs (see second photograph) have been covered with mesh. 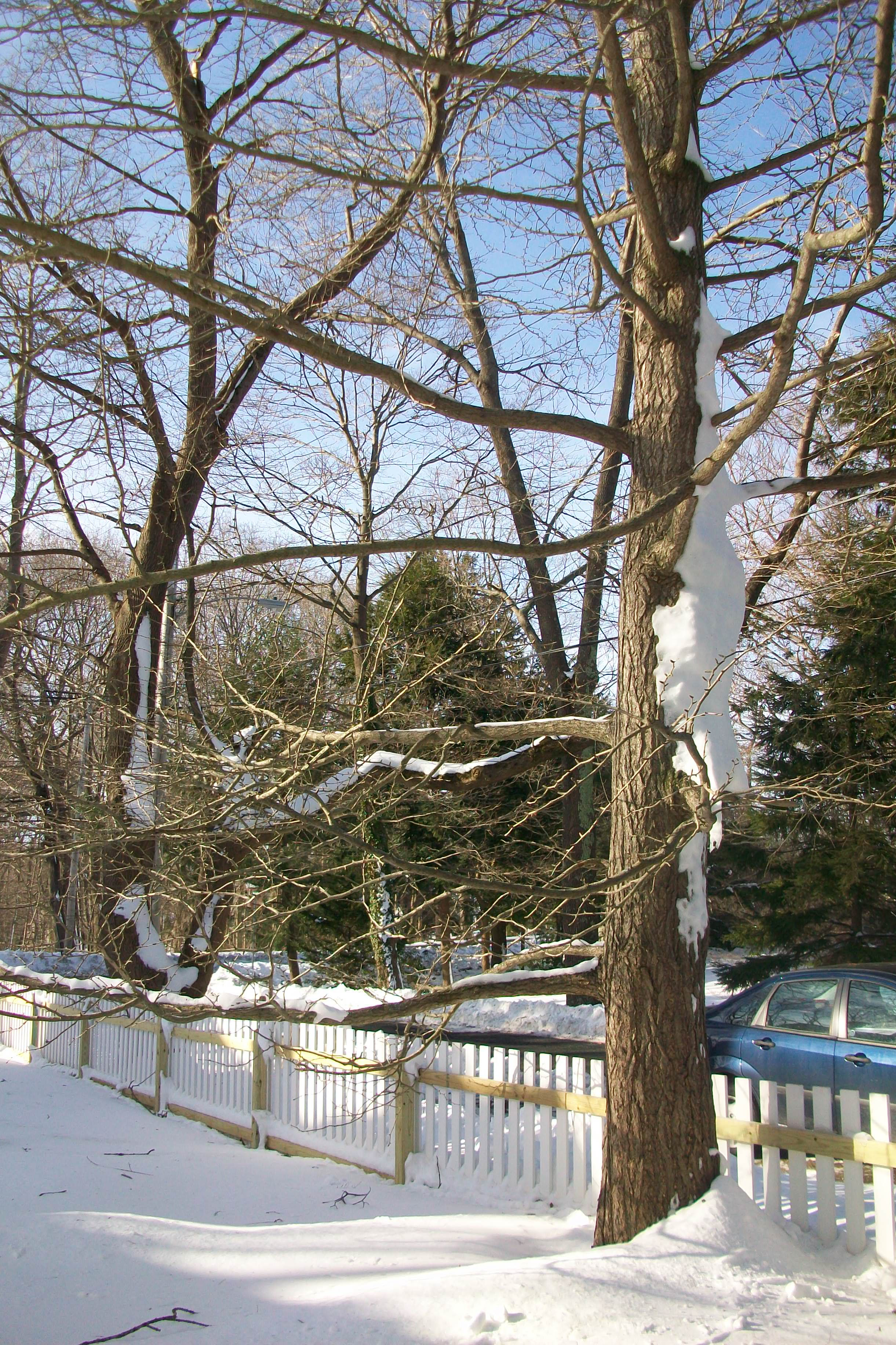 "On narrow roads it is advisable to set the trees very near the fence but on roads that are forty feet or more in width they may better be set about six or eight feet from the highway limits.  This will allow for a sidewalk on the outer side of the rows of trees.  If the farmer is planting the trees at his own expense it is usually advisable to set them on his own land probably four or five feet from the fence except where the road is very wide" (Ibid., 69). 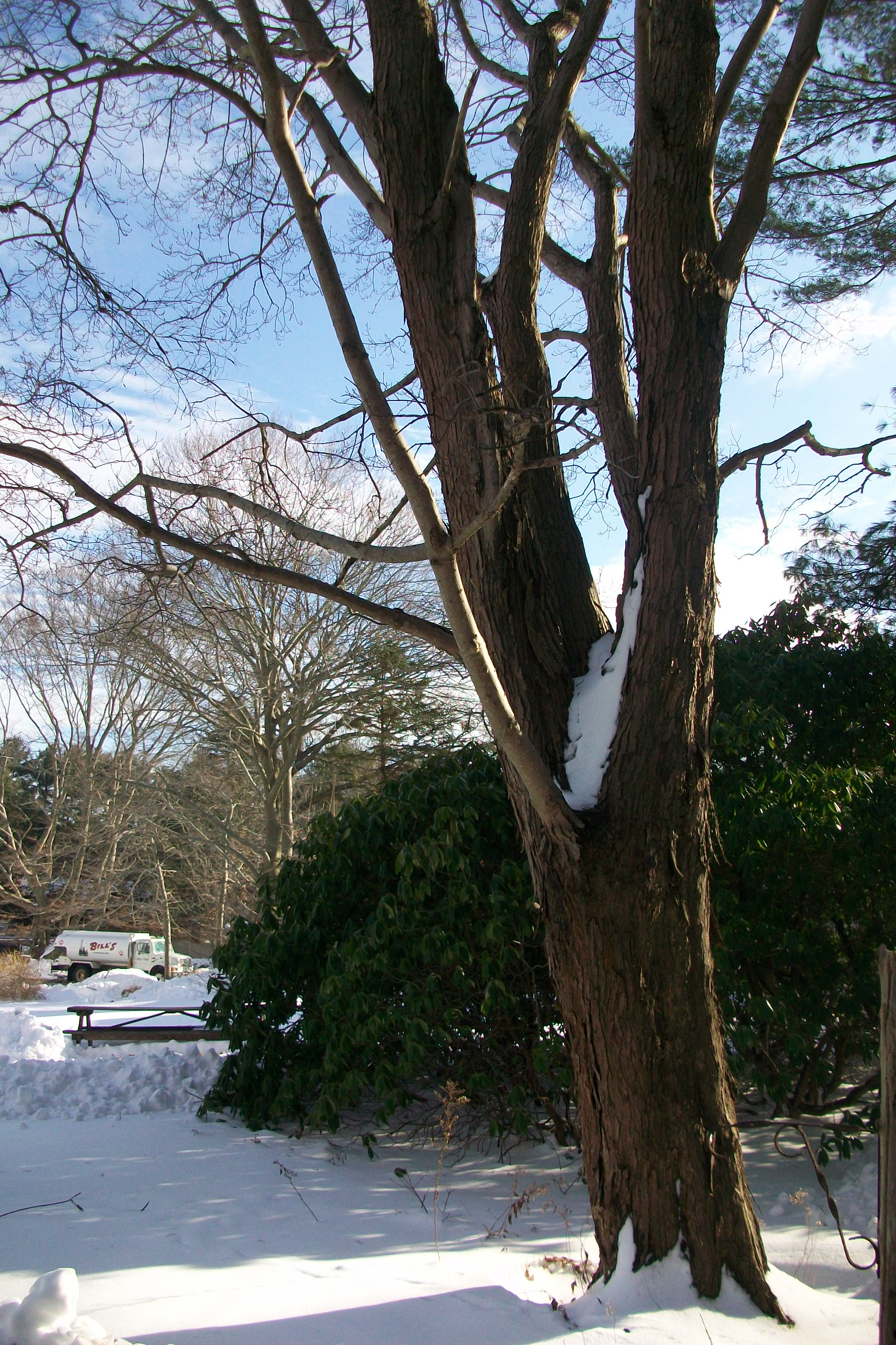 "We can watch the changes in the tree itself, can note in winter its type of branching and the fine penciling of its twigs against the sky, in spring the opening of its buds and the rapid growth of flower and leaf, in summer the full foliage, in autumn the rich leaf coloring and the fall of leaf and fruit" (Ibid., 17).