February 09, 2011
We took our first trip to Munich last fall and had a great time.  We agree with Frommer's vote for Munich as one of the world's ten most walkable cities as blogged at Infrastructurist.  In addition, the city seems well served by subway and trams.  The dining and shopping options are also good.  The mix of old and new architecture is pleasing, the people friendly and helpful, and the diversity of open spaces is enviable.

Reviewing my photographs from the trip, I noted several themes:
Below find photographs of some of my favorite examples from each category.

The hill in Olympicpark Munchen (Olympic Park) is a former landfill according to our family friend.  Also, the hill is great for sledding!

Did you know that in the U.S. there are an estimated "4,500 acres of landfill parks"? (source: Center for City Excellence quoted in Urban Green by Peter Harnik.  We reviewed Urban Green here.) 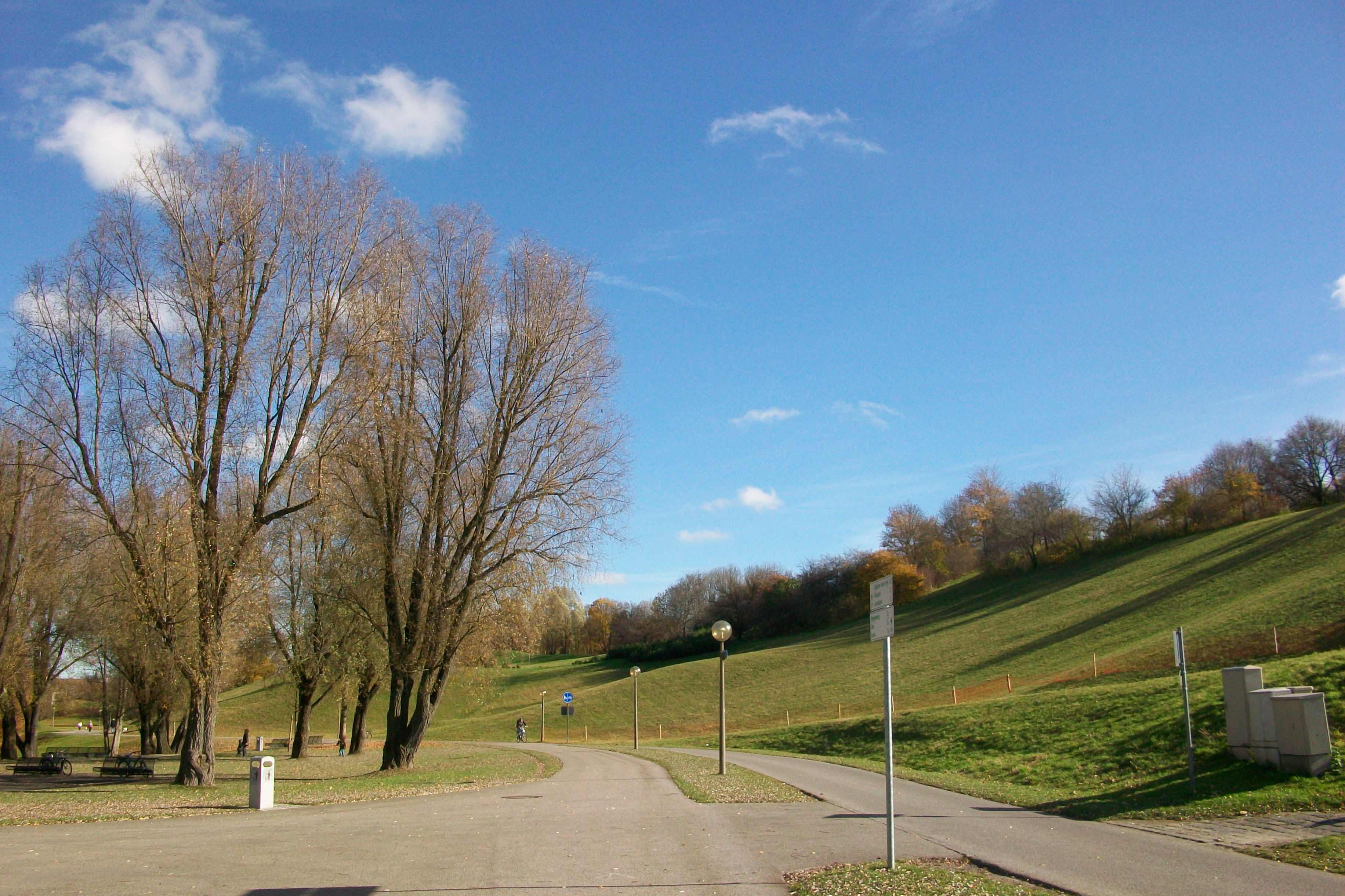 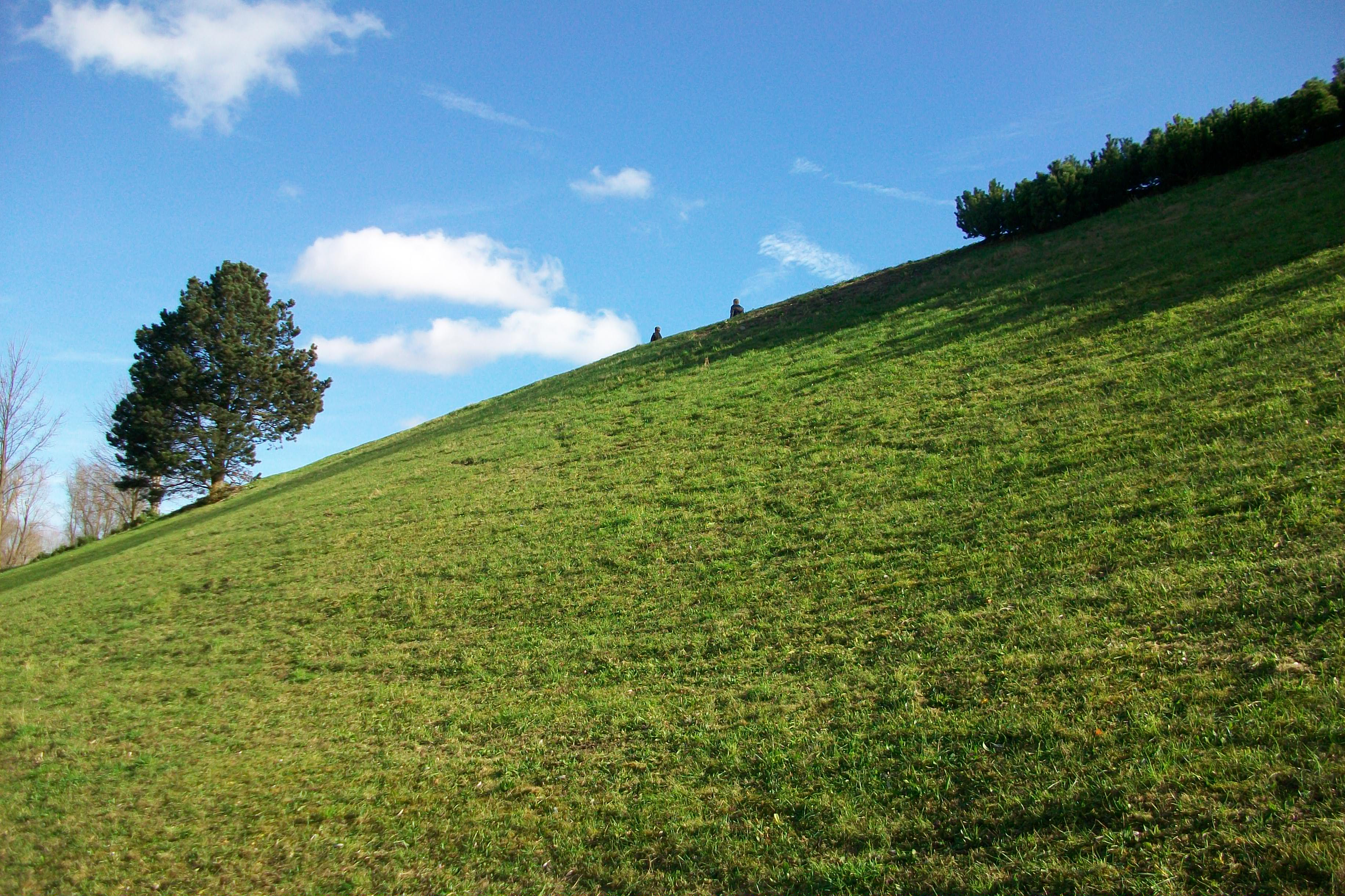 Englischer Garten (English Garden) and its wooded areas is another favorite park.  Lonely Planet: Munich, Bavaria & the Black Forest states that Englischer Garten is larger than Hyde Park and Central Park.  At 958 hectares or approximately 2367 acres it is definitely bigger than Central Park's 843 acres.

was "conceived in 1789 by the American Benjamin Thompson (Count Rumford), the Bavarian Minister for War, it was designed by F. L. Sckell in the picturesque English mode and completed in 1808." 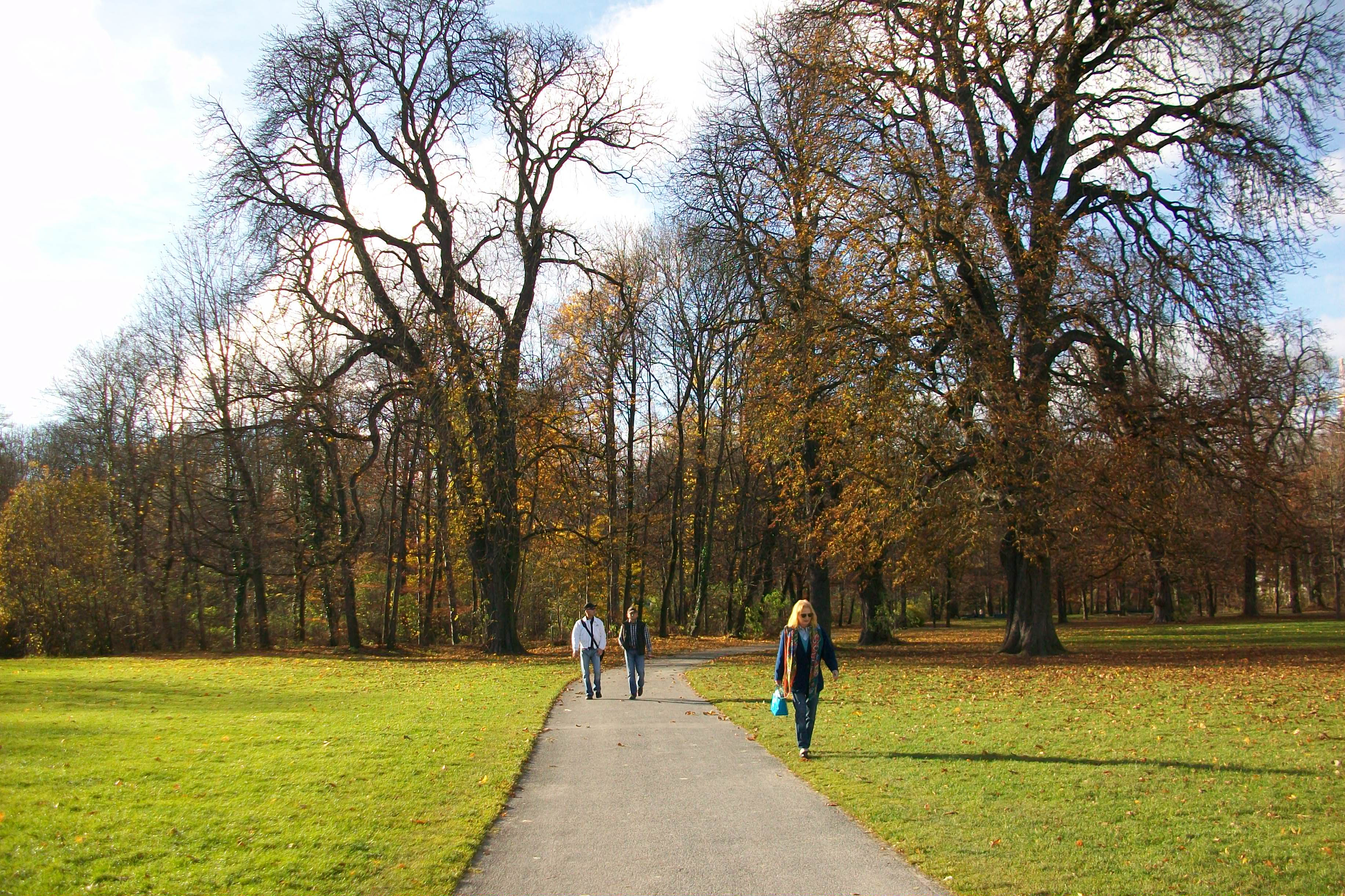 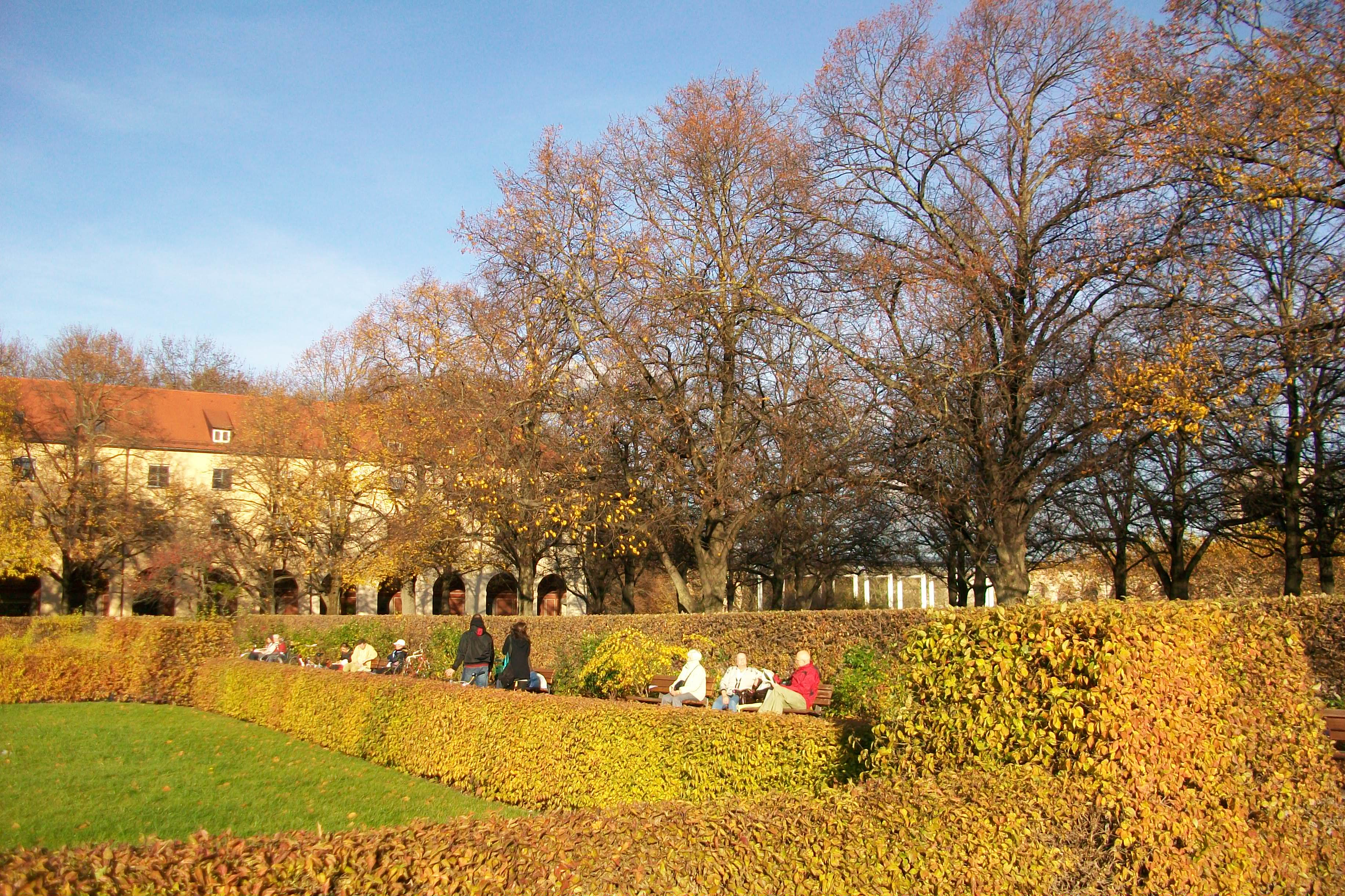 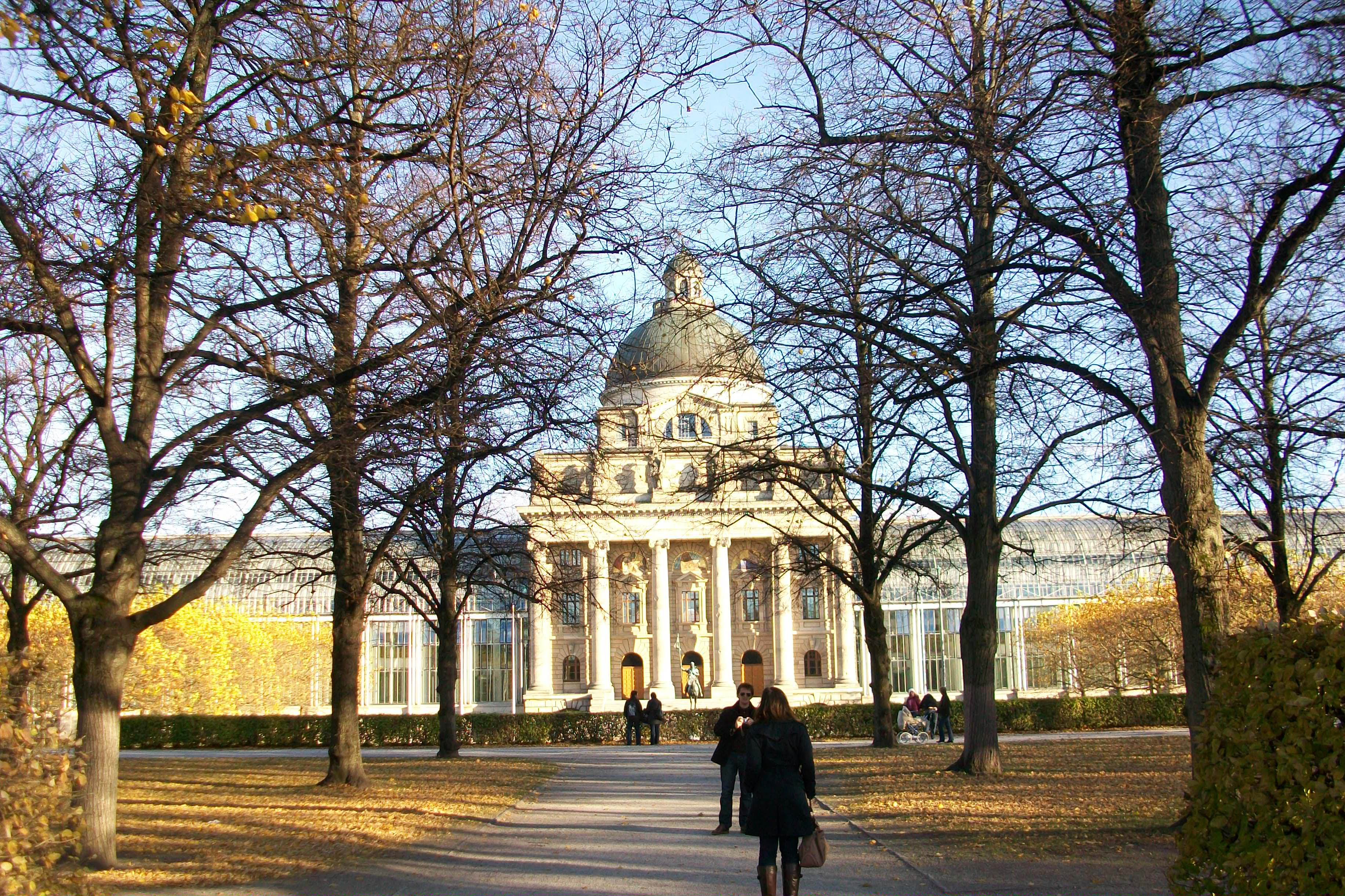 Street trees are creatively planted in the city.  For example, at the Technische Universitat Munchen trees are growing in small mounds between the sidewalk and an adjacent building in an area that often is not well used, and not just in Munich. 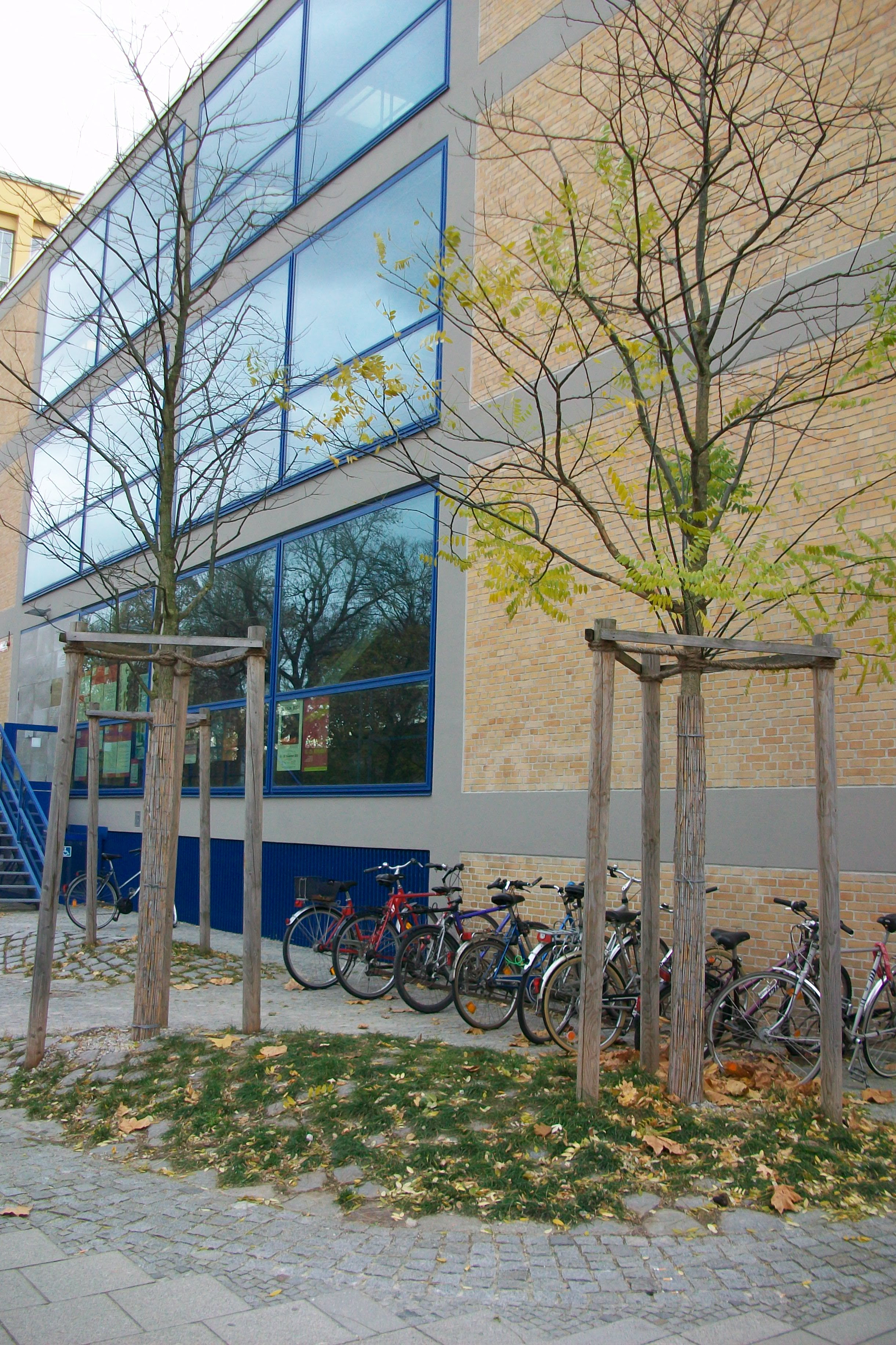 As was mentioned at the beginning of this article, Munich is very walkable.  One thing I found helpful in this regard was textural changes in the pavement used to signal different modes of mobility as well as land uses.  As can be seen in the photograph below, the sidewalk is marked for walking, cycling, entrances to stores and to courtyards. 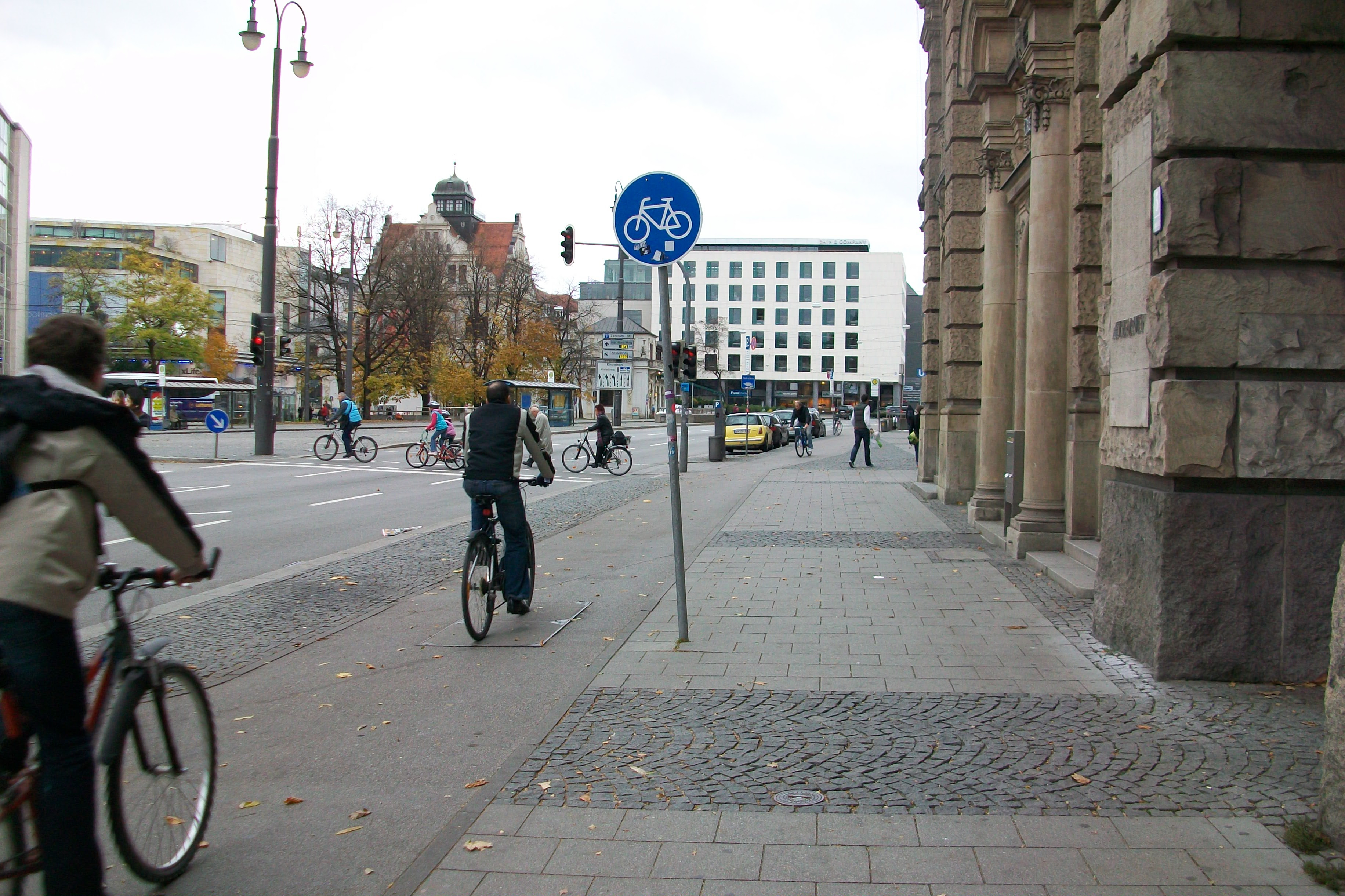 The city's courtyards are one of my favorite architectural features of Munich. It was always a pleasant surprise to double-back and to peer in and sometimes to walk into the courtyards. 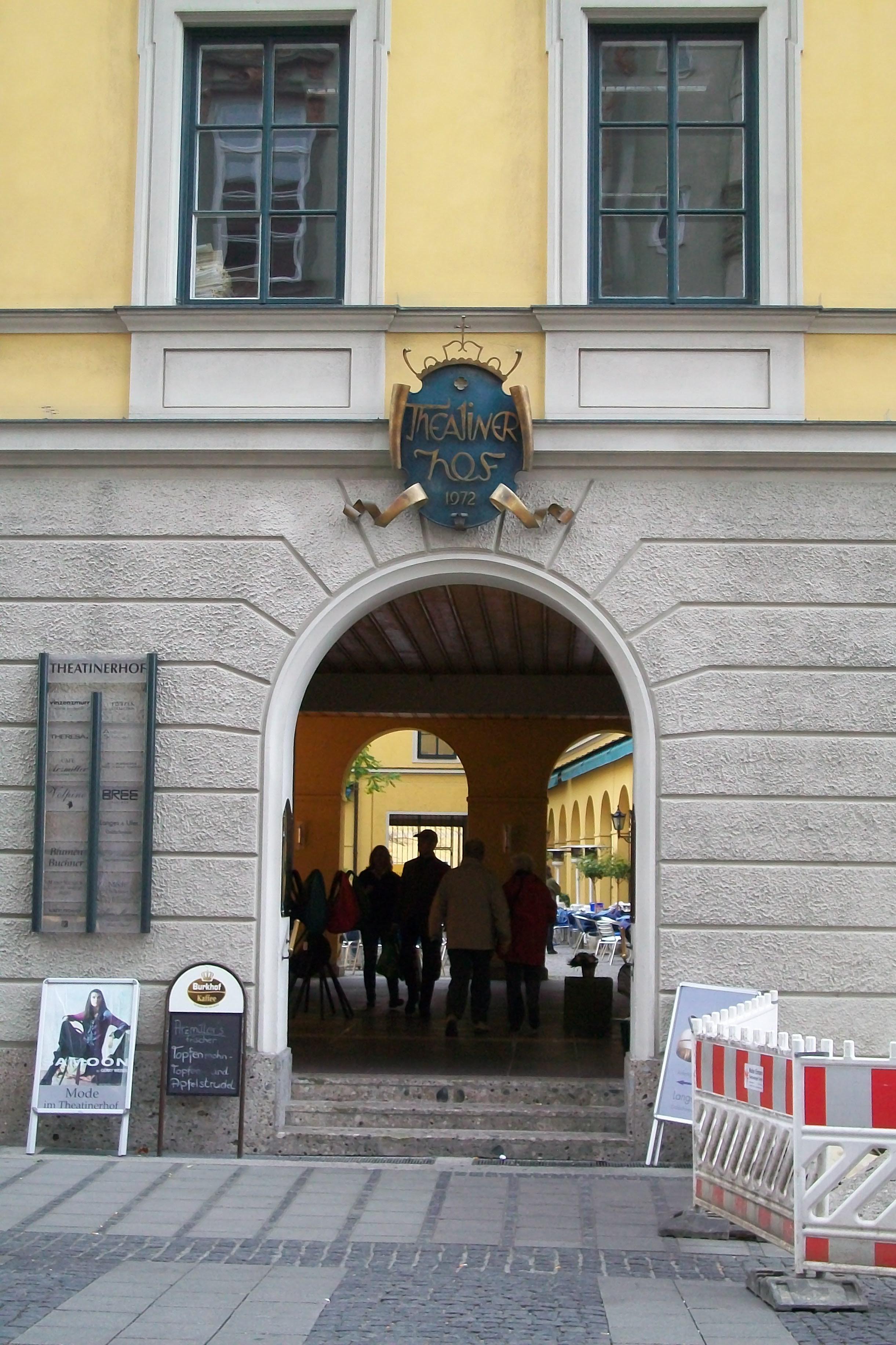 Another fascinating aspect of the city's architecture is worker housing.  We think, at least, that housing is provided on site for workers.  Does anyone know if this is an  accurate assessment? 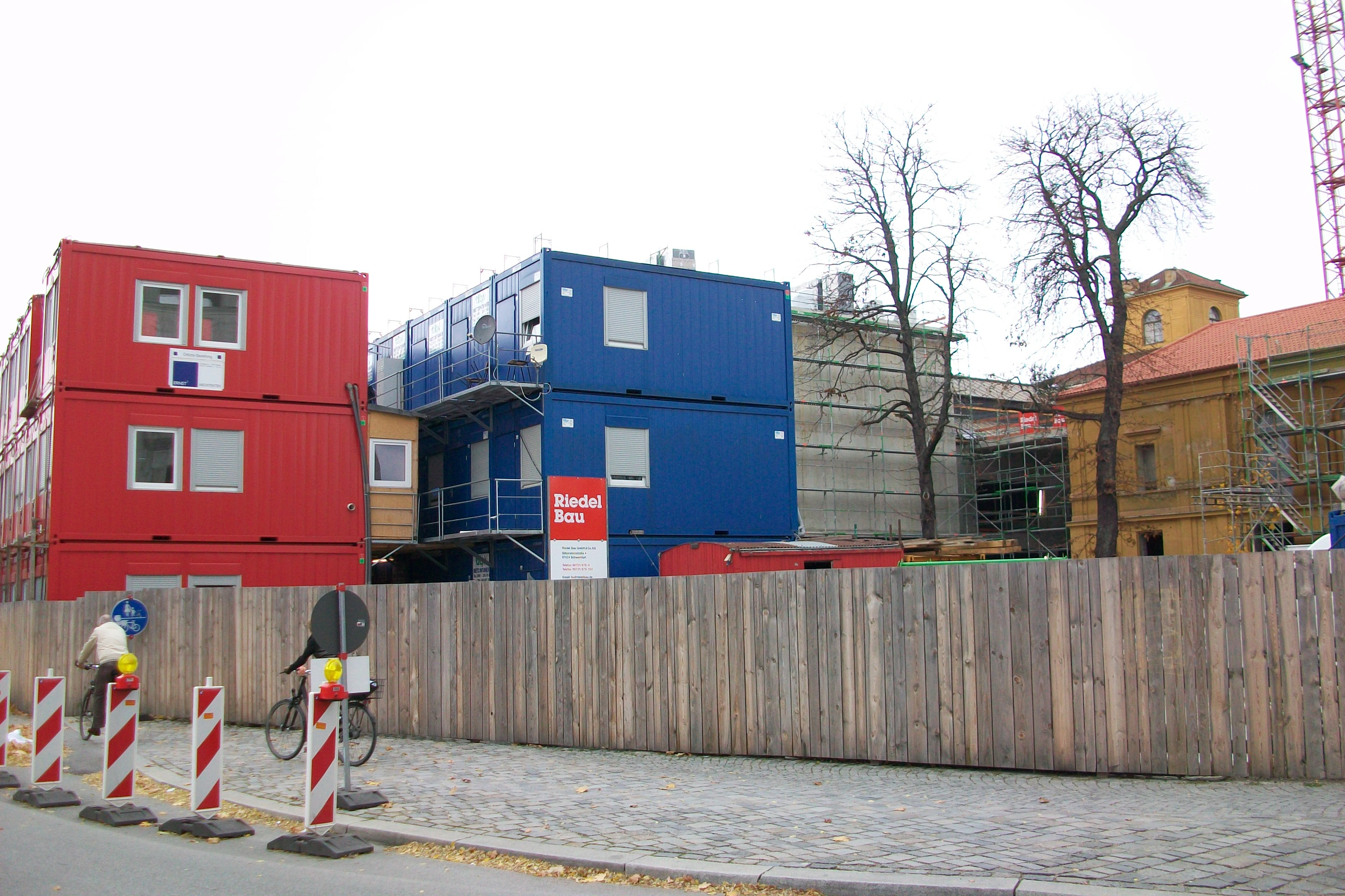 Finally, we spent a while observing a man fishing in the Isar River, on a section of the river that runs through the Englischer Garten.  He had walked out into the center of the waterway.  I found a thread about fly fishing on the Isar on the Washington Fly Fishing website.  Here is a description of the river from Muenchen.de website:


Munich's Isar River, which is fed rushing water by the Alps, serves as a major attraction for both visitors and Munich's inhabitants. This city treasure offers fishing, although a licence is neccessary, rafting, sunbathing, and miles of beautiful winding shorelines. 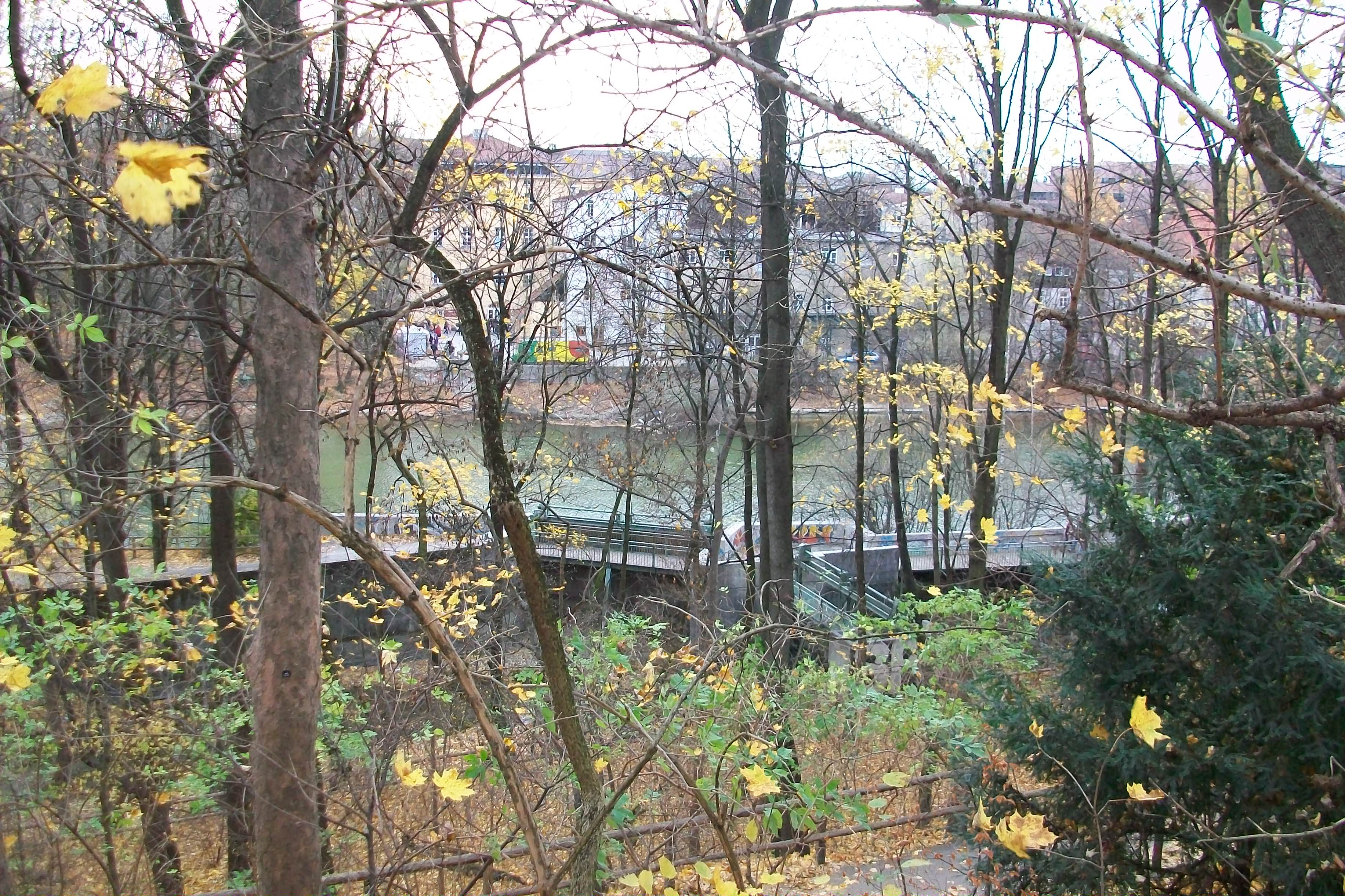 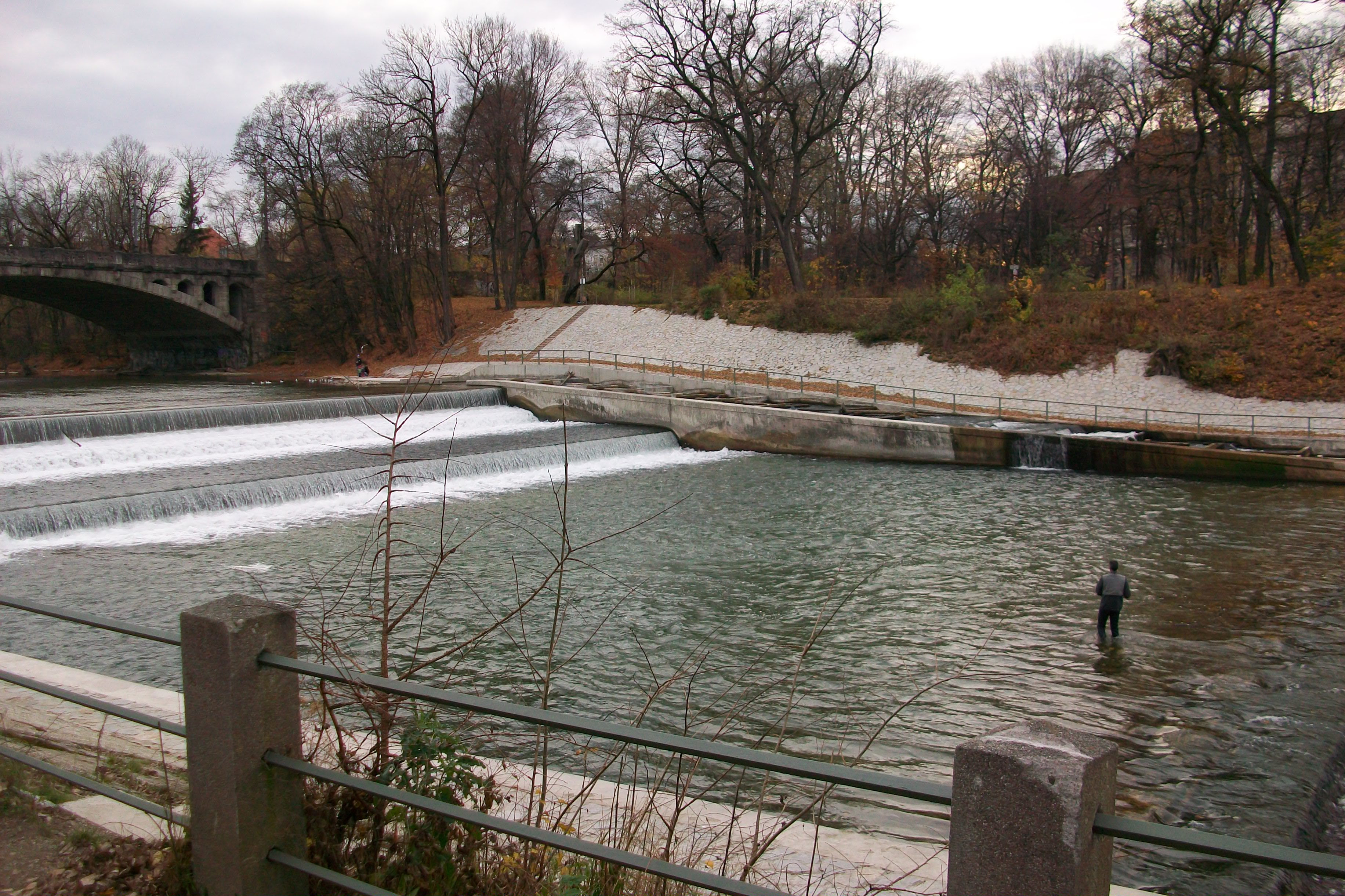 Our visit to Munich was very short so there is so much that I did not see. Here's a short list for a future trip.