March 06, 2011
While completing an errand I spotted a dead house sparrow on the sidewalk.  (Note: A photograph of the bird is at the end of this post.)  I live in NYC so I called 311 and spoke with two agreeable operators.  I was directed to the second operator by the first because the second operator handles these types of calls (dead animals).  The second operator informed me that because there was only one dead bird at the location, it was not eligible for removal by the Department of Health West Nile Virus Dead Bird Monitoring program.  The department now only takes "reports of groups of dead birds (10 or more of any species, or 3 or more waterbirds)."  I am not a forensic ornithologist; I do not know how the bird died.

Before transferring my call, the first operator did mention that if I were the property owner I could place the bird in a thick garbage bag for disposal.  I was simply a passer-by.  It was only two days later while searching for dead animal removal in NYC that I found the Department of Sanitation Dead Animal Removal Request form.  I submitted a request but the department allows itself a resolution window of 10 business days. 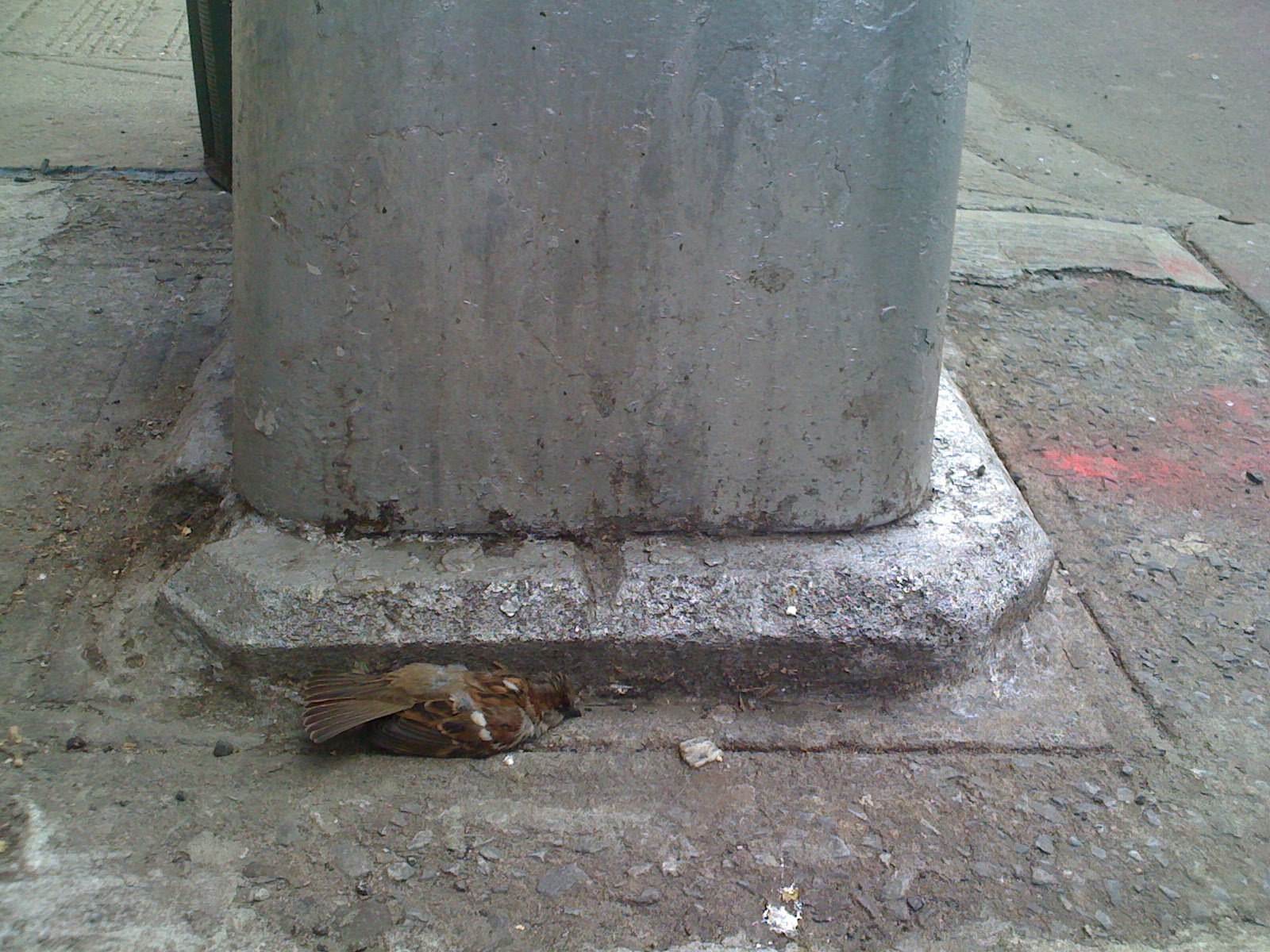