April 04, 2011
A second trip to Savannah reinforced several things that I liked during my first trip; all features that constitute a well-designed city. 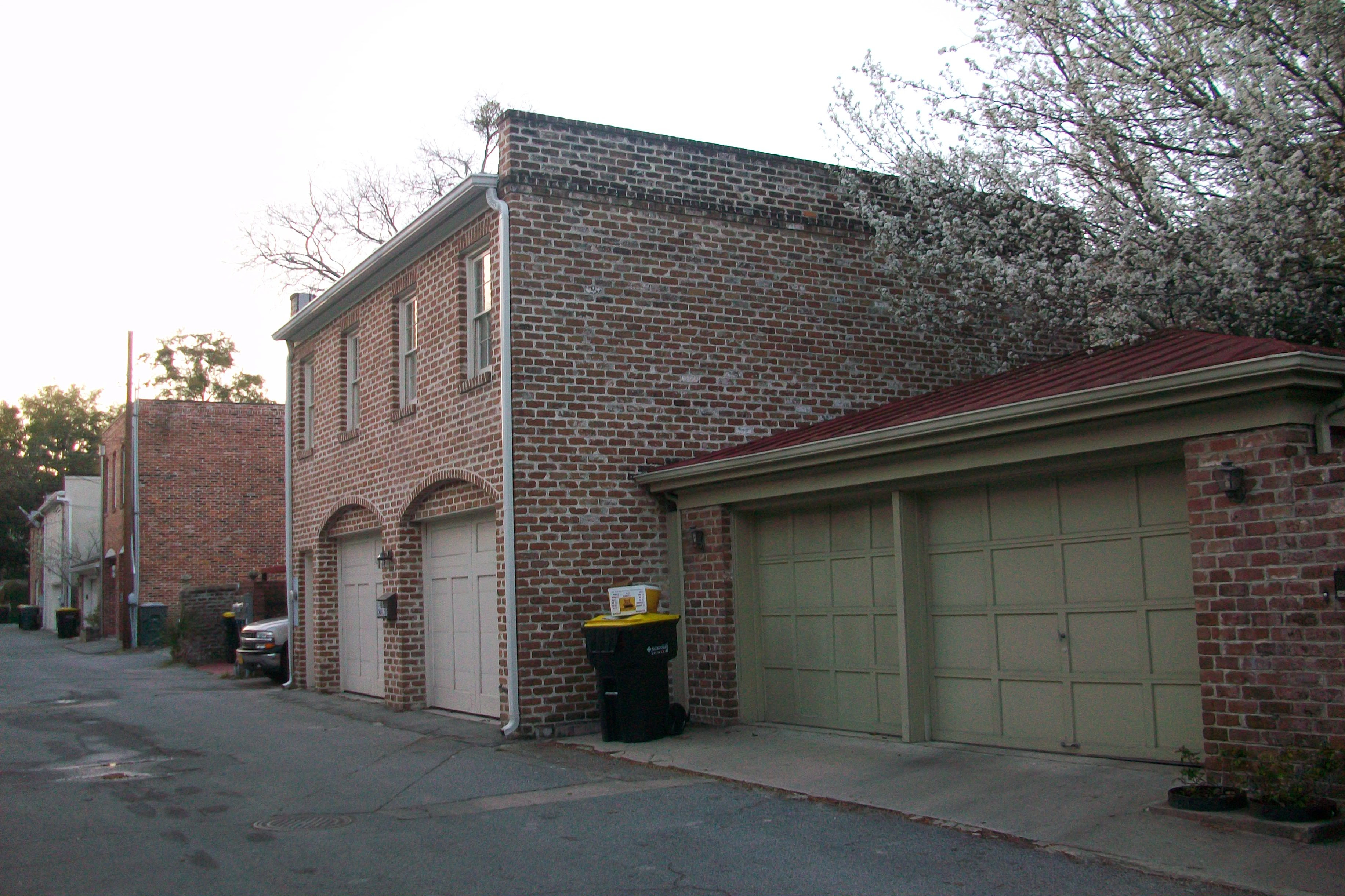 The backside of this lovely city is not shabby. Alleys can serve multiple functions: garage access, municipal services access, secondary pedestrian route, and recreation. (In Chicago, green alleys are one strategy to manage stormwater runoff.)  Does anyone know the origin of the alley in Savannah? 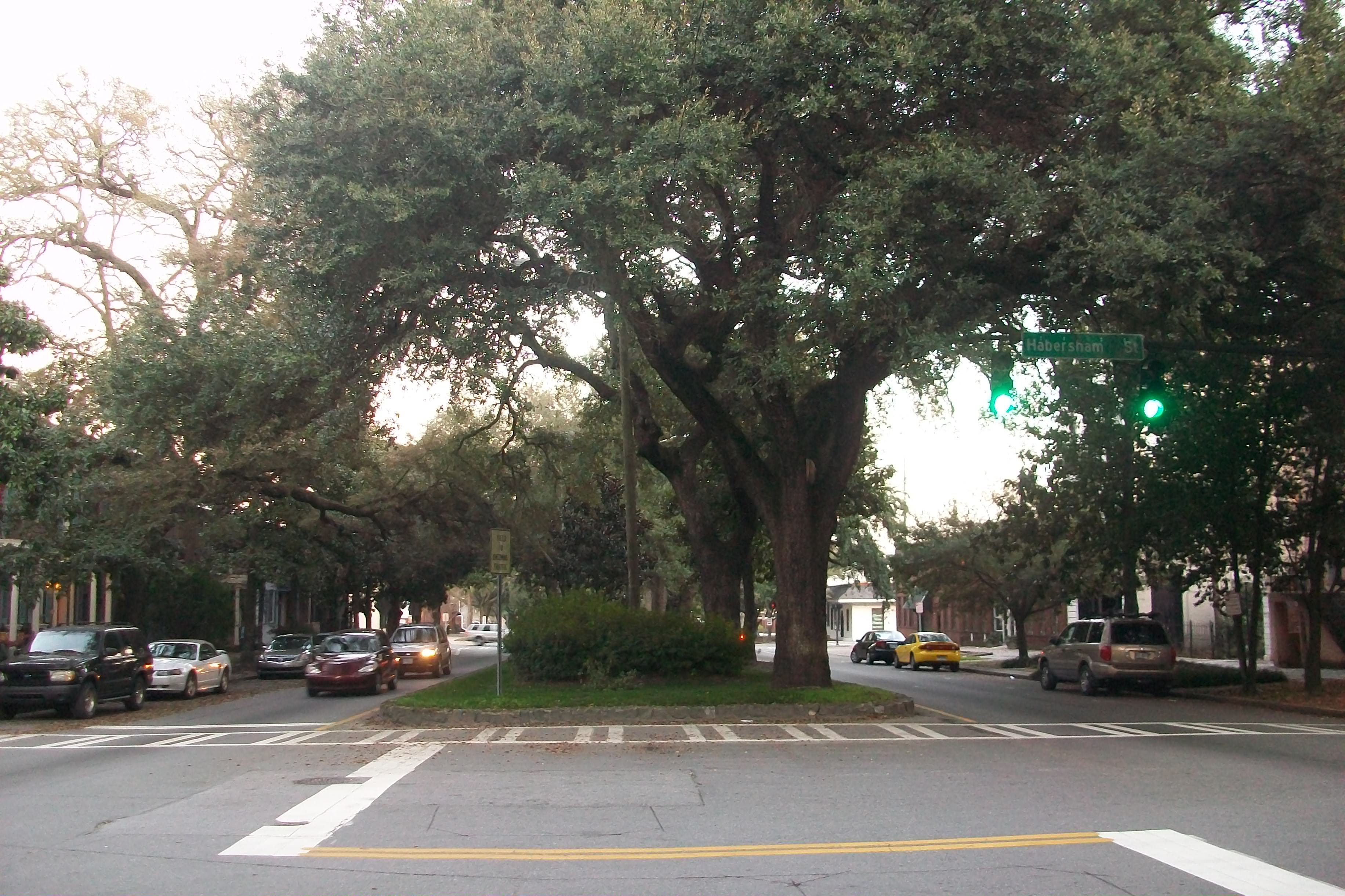 Approximately 27 years ago, "Savannah had an aging urban forest where more trees were cut down than replaced" and "there were no tree protection ordinances for new development." The Savannah Tree Foundation has transformed the way urban forestry is practiced in Chatham County through "direct action and awareness." Now, Savannah’s Park & Tree Department "plants one third more trees than it removes each year" and "most local governments in Chatham County have established tree protection ordinances." 3. Gates 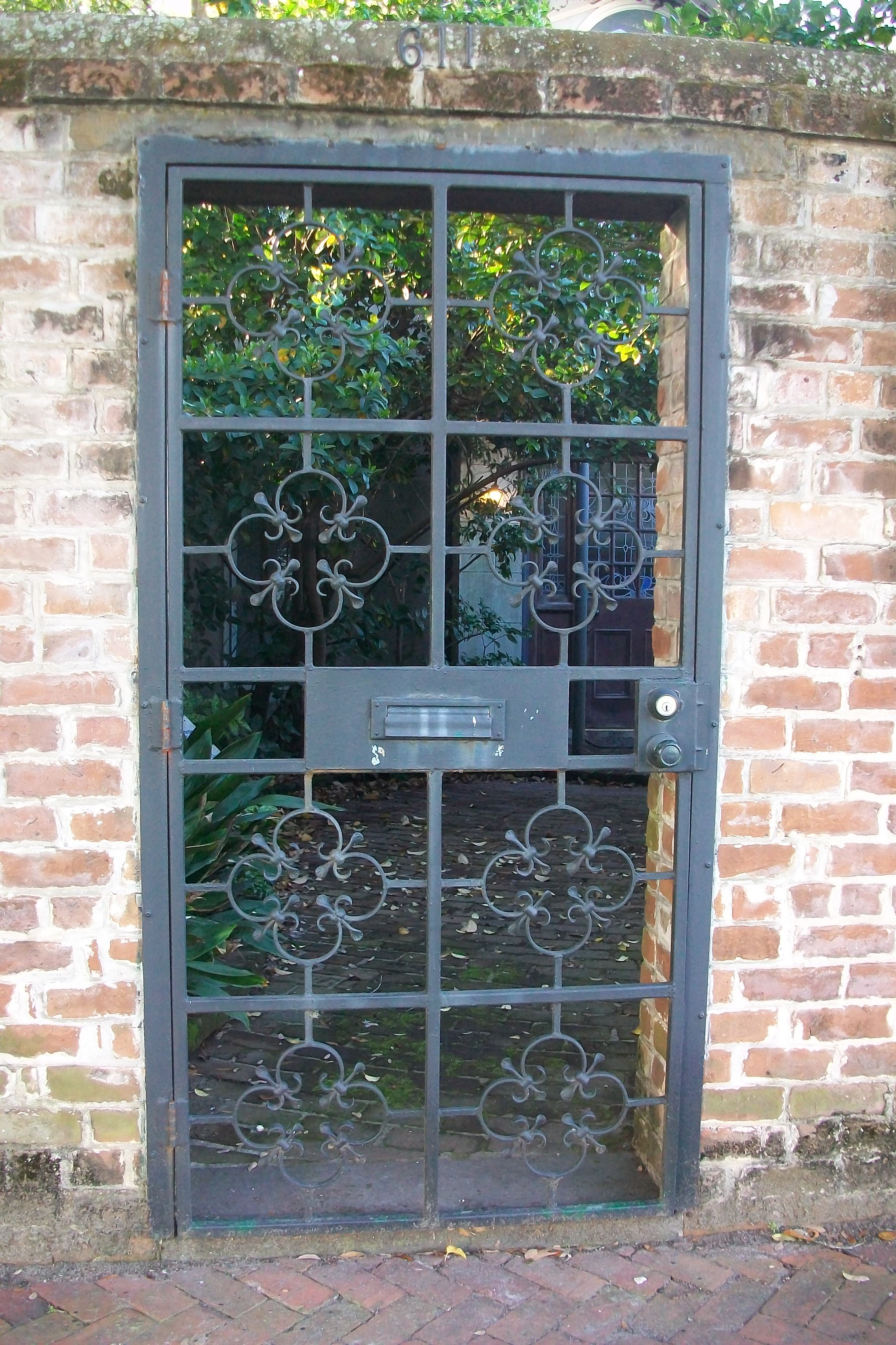 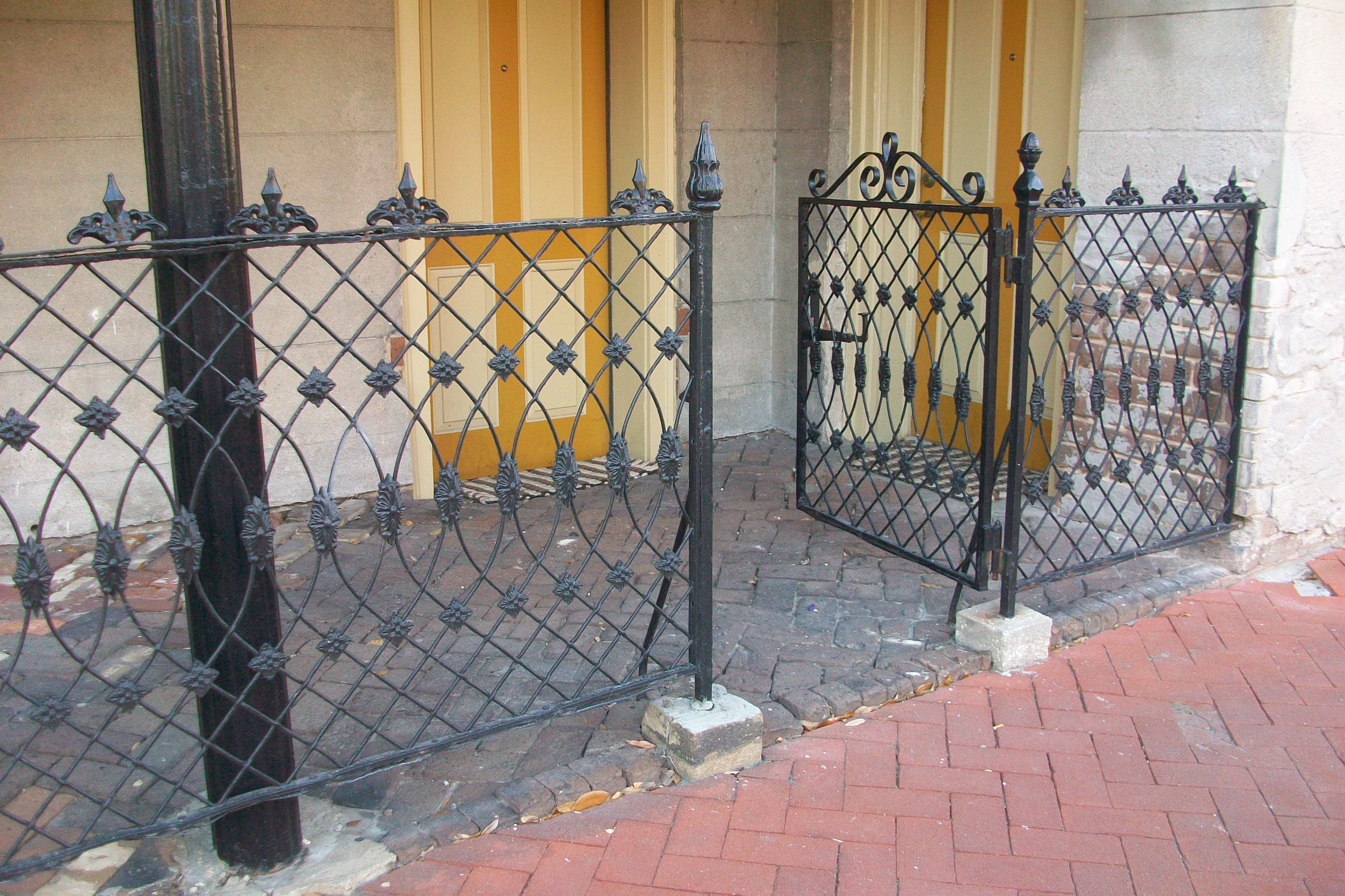 You can take an organized tour of the city's gates and gardens or you can just discover them as you go. 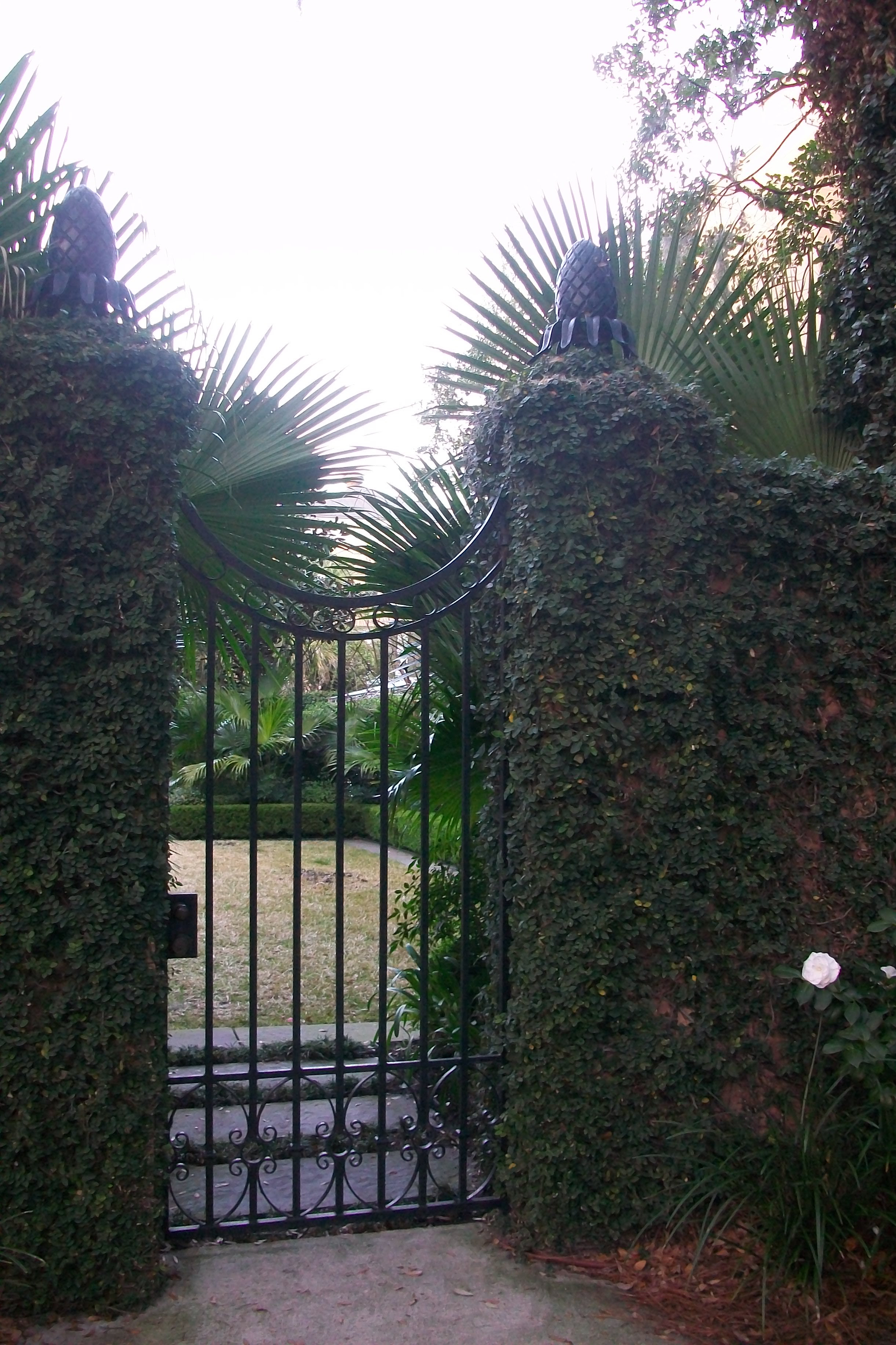 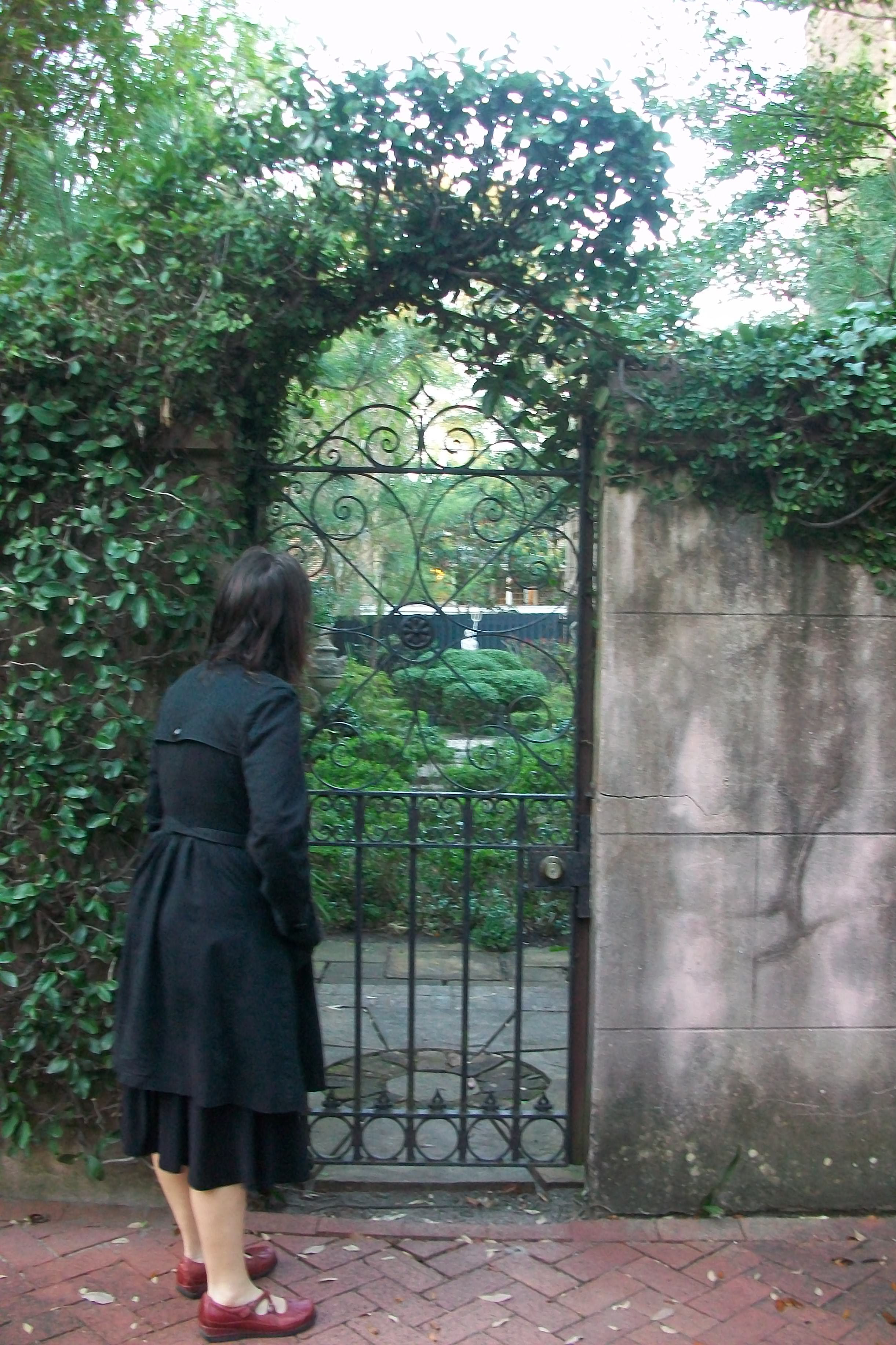 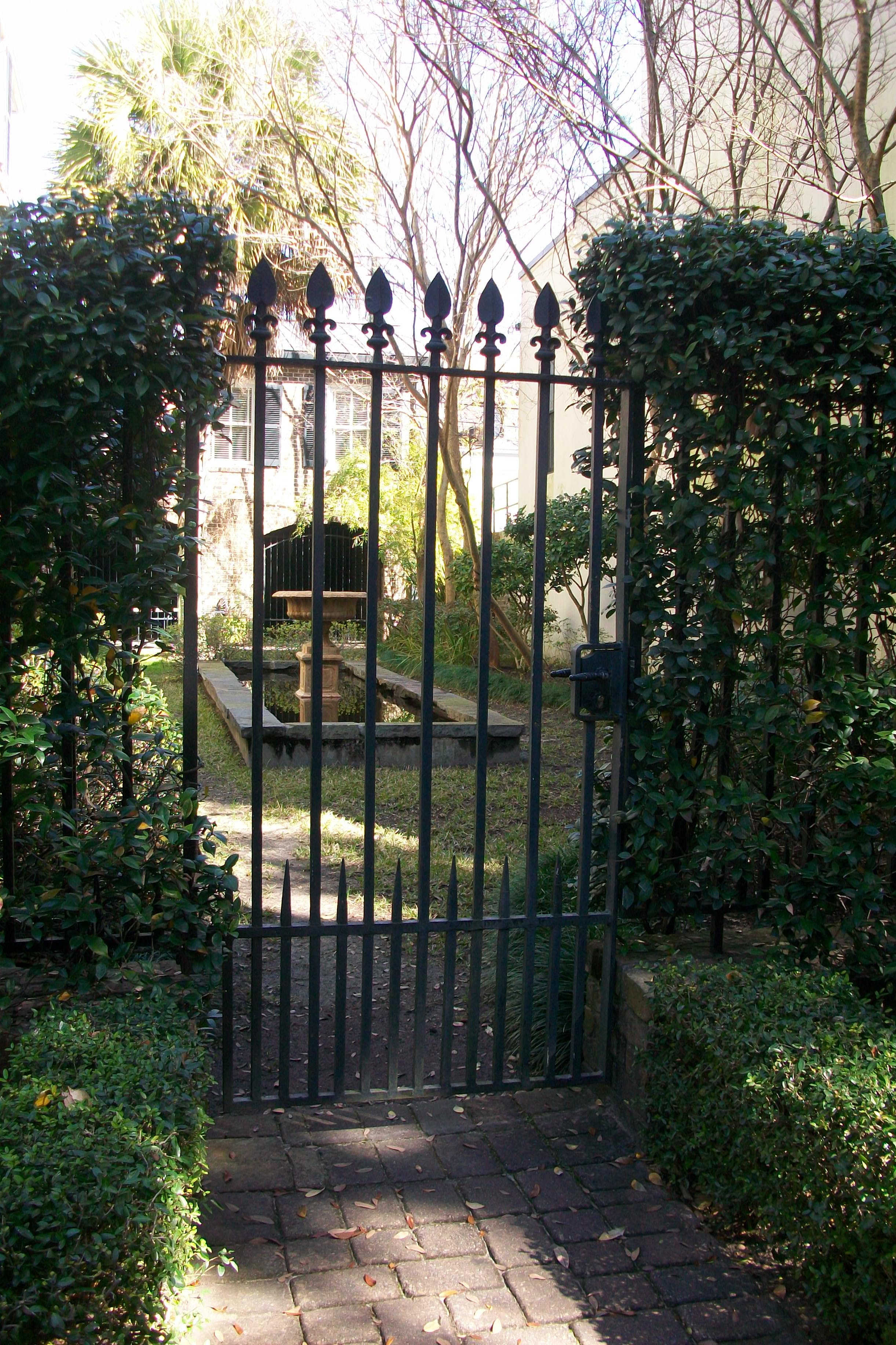 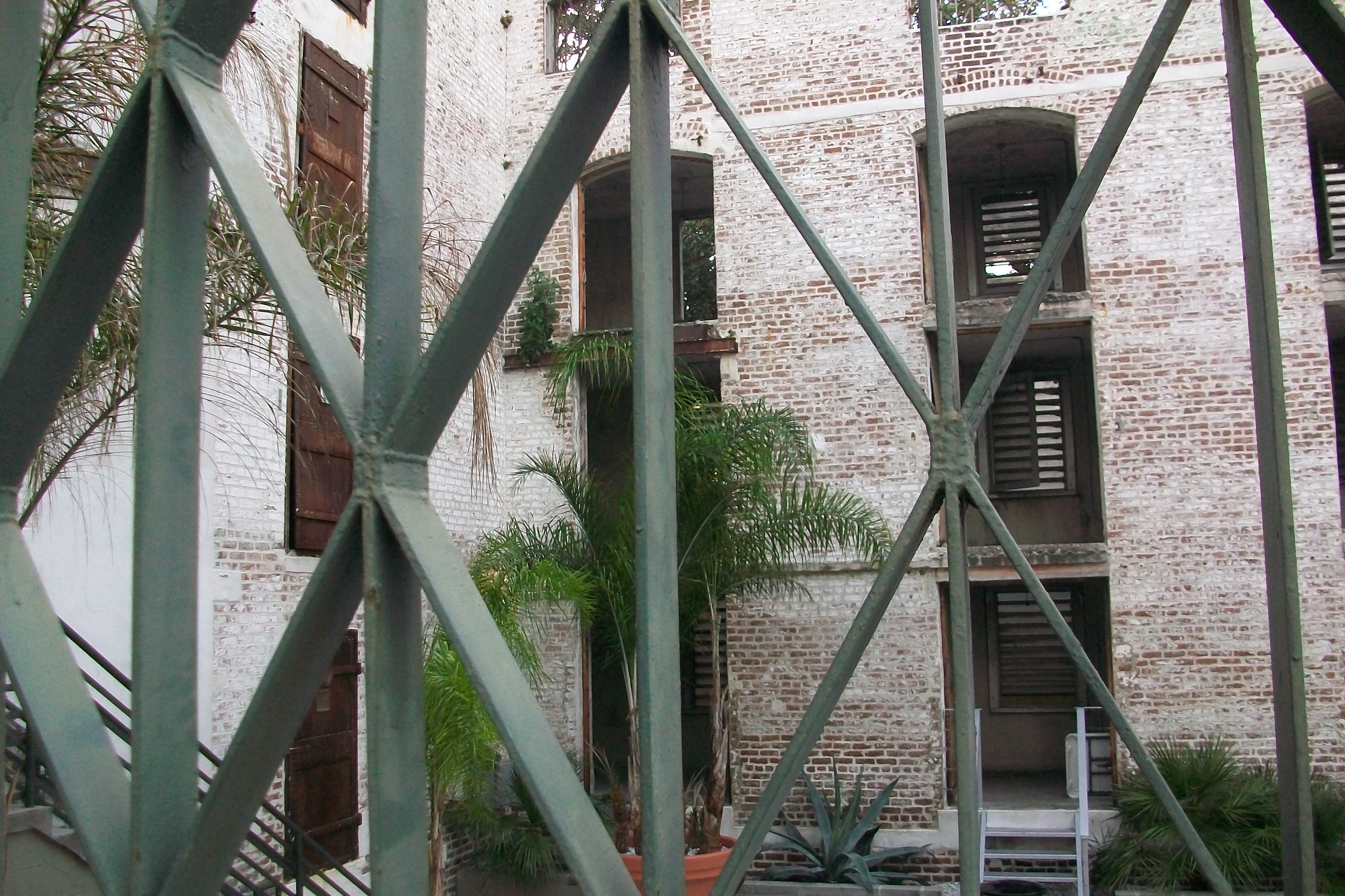 SCAD's Habersham Hall previously housed the Chatham County Jail. In 1980, the university acquired the building and the jail cells were removed from the Exotic Revival building which is thought to have been constructed in approximately 1887. 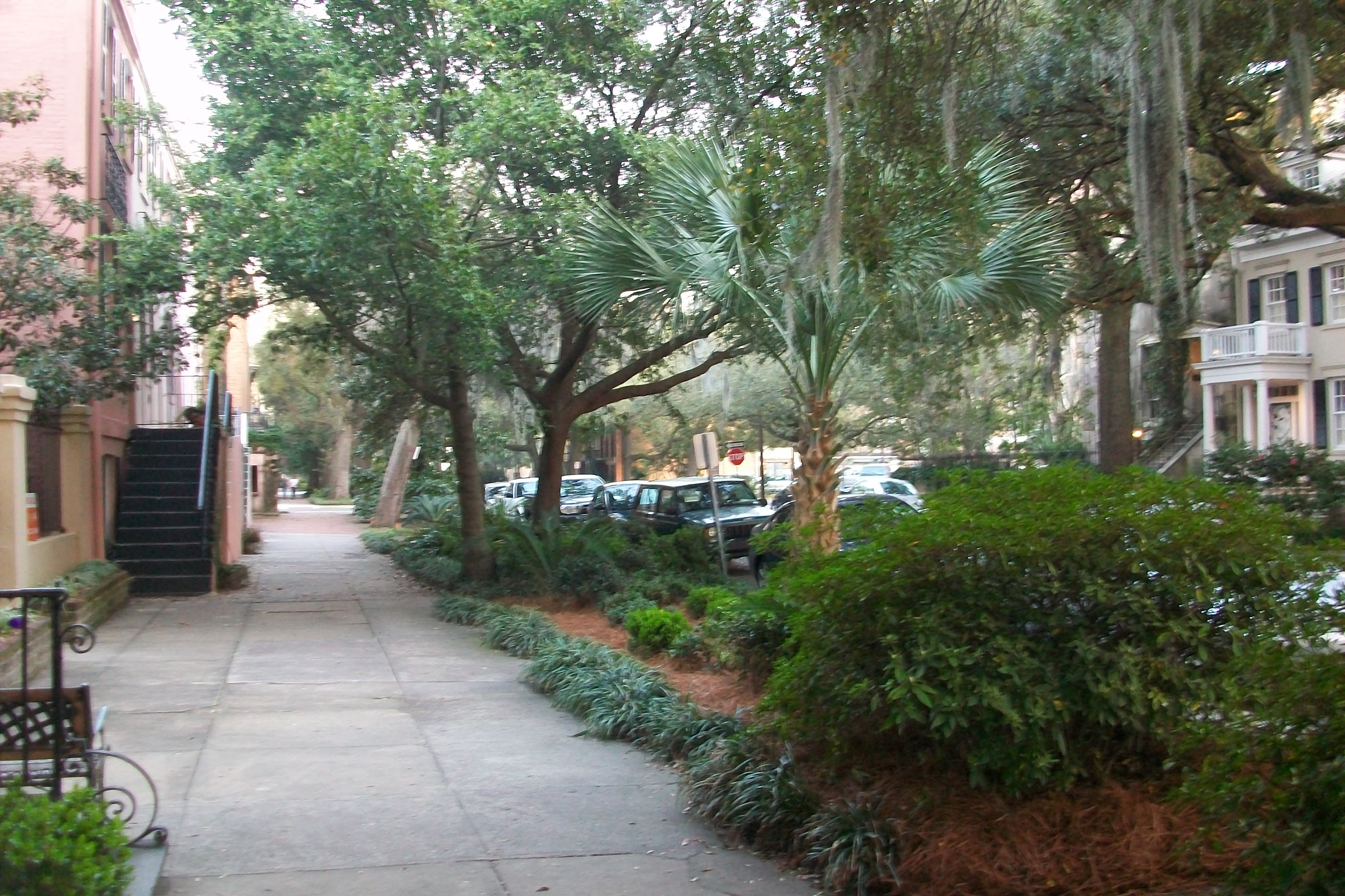 Sidewalk gardens lined almost every street I walked in Savannah. It's more accurate to say I strolled; leisurely wandering from this plant to that one, from one garden to the next.

I did not photograph any of the city's 24 squares. Forsyth Park is not a square and was privately owned until 1851 when it was given to the city (Phebe S. Goodman, The garden squares of Boston, 2003). Founder General James Oglethorpe plan of Savannah (1770) was designed with six squares. Oglethorpe's ward system was expanded to accommodate the city's expansion including the development of additional squares: six in the 1790s and 12 between 1801 and 1851. Three squares (Ellis (1733), Liberty (1799), and Elbert (1801)), coincidentally one from each time period, were destroyed in the 20th century.  Fortunately, Ellis Square was rebuilt in 2010 when the parking garage that replaced it was demolished in 2005.