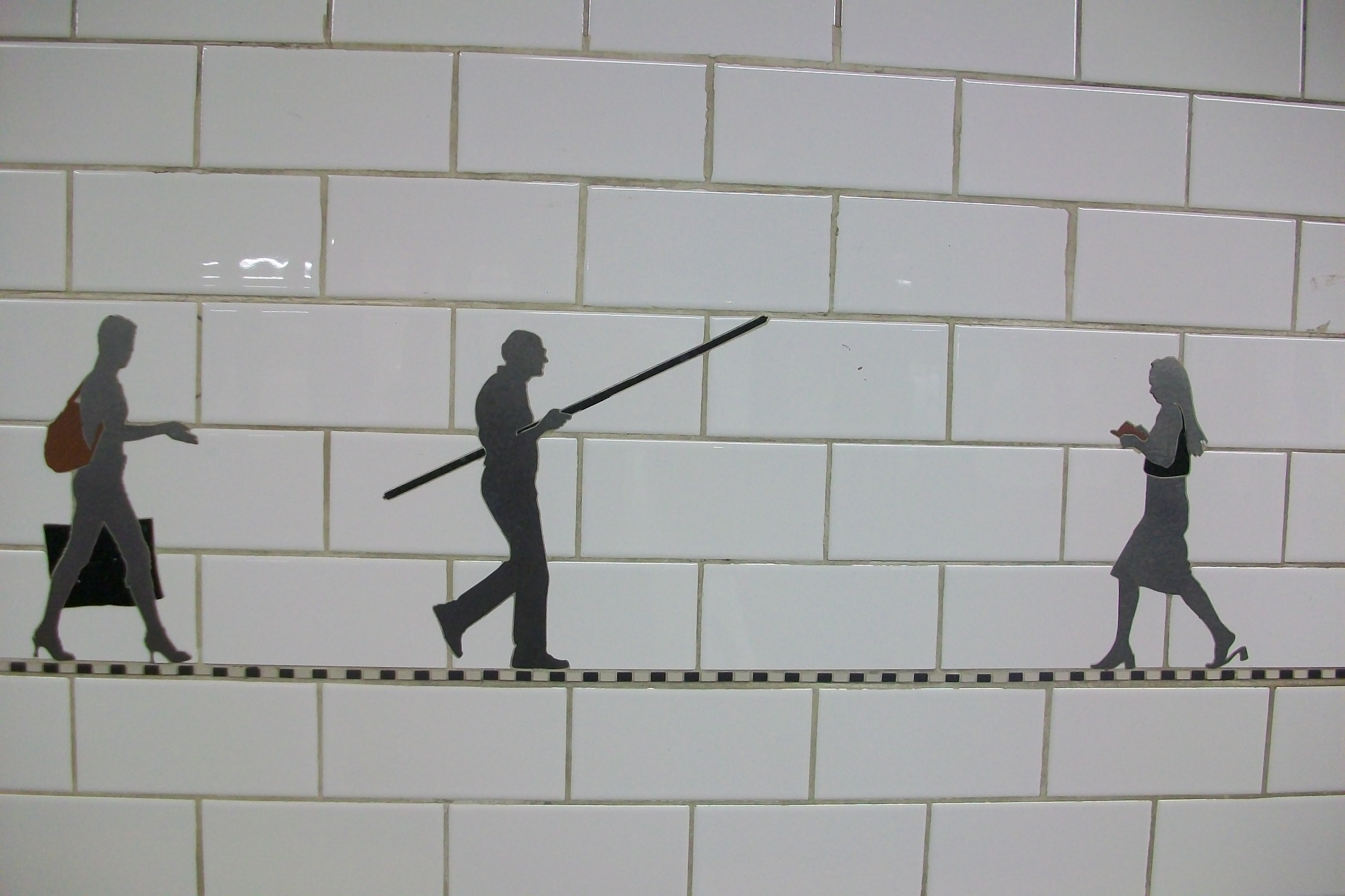 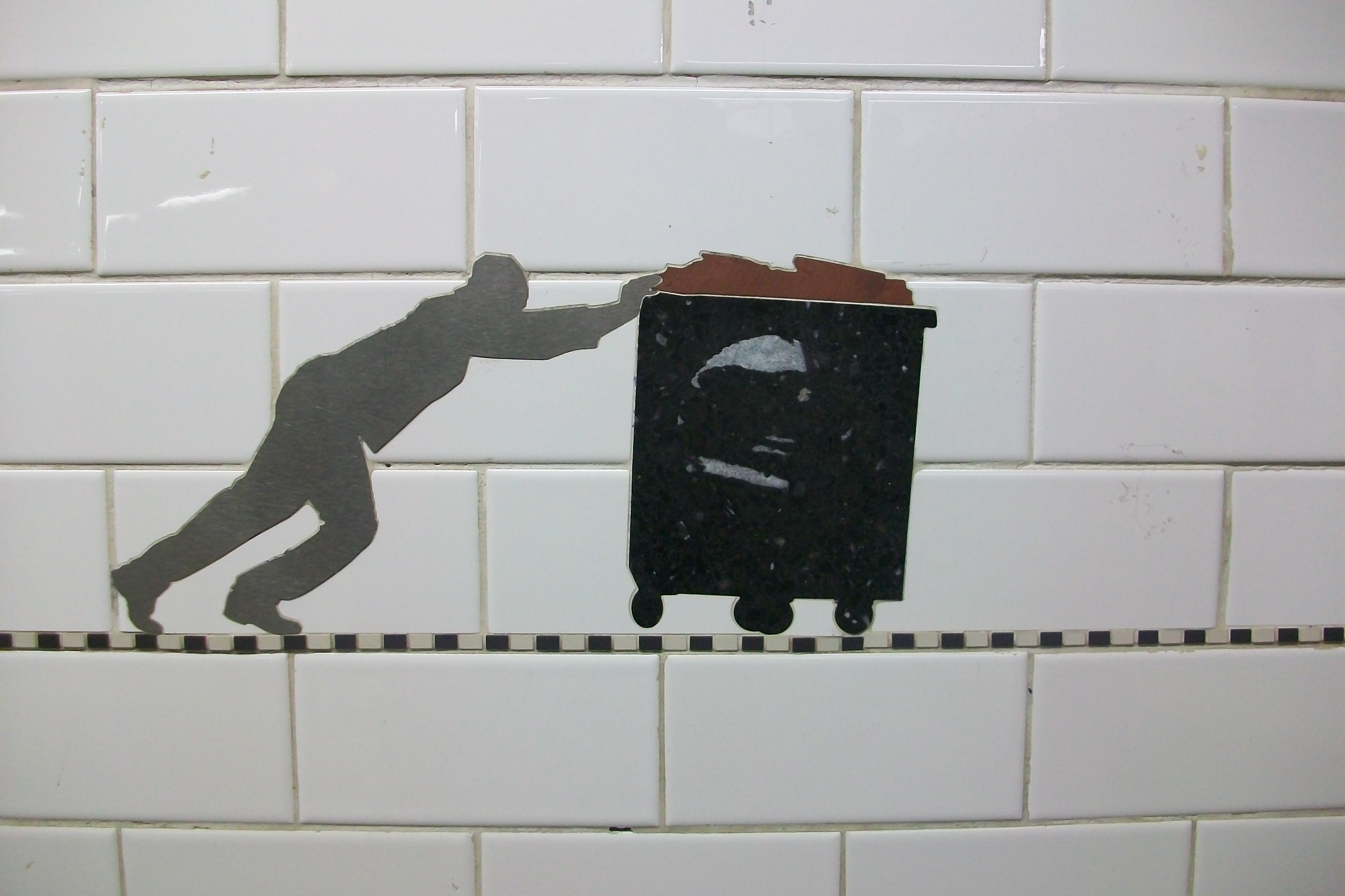 Heading toward the exit at (blank) Street station, I noticed these amazing figures on the wall tiles of the station.  On looking at many and photographing several, I thought they would be a good subject for a blog post, specifically, the first in an occasional series about things seen in subway stations and other places in the city. 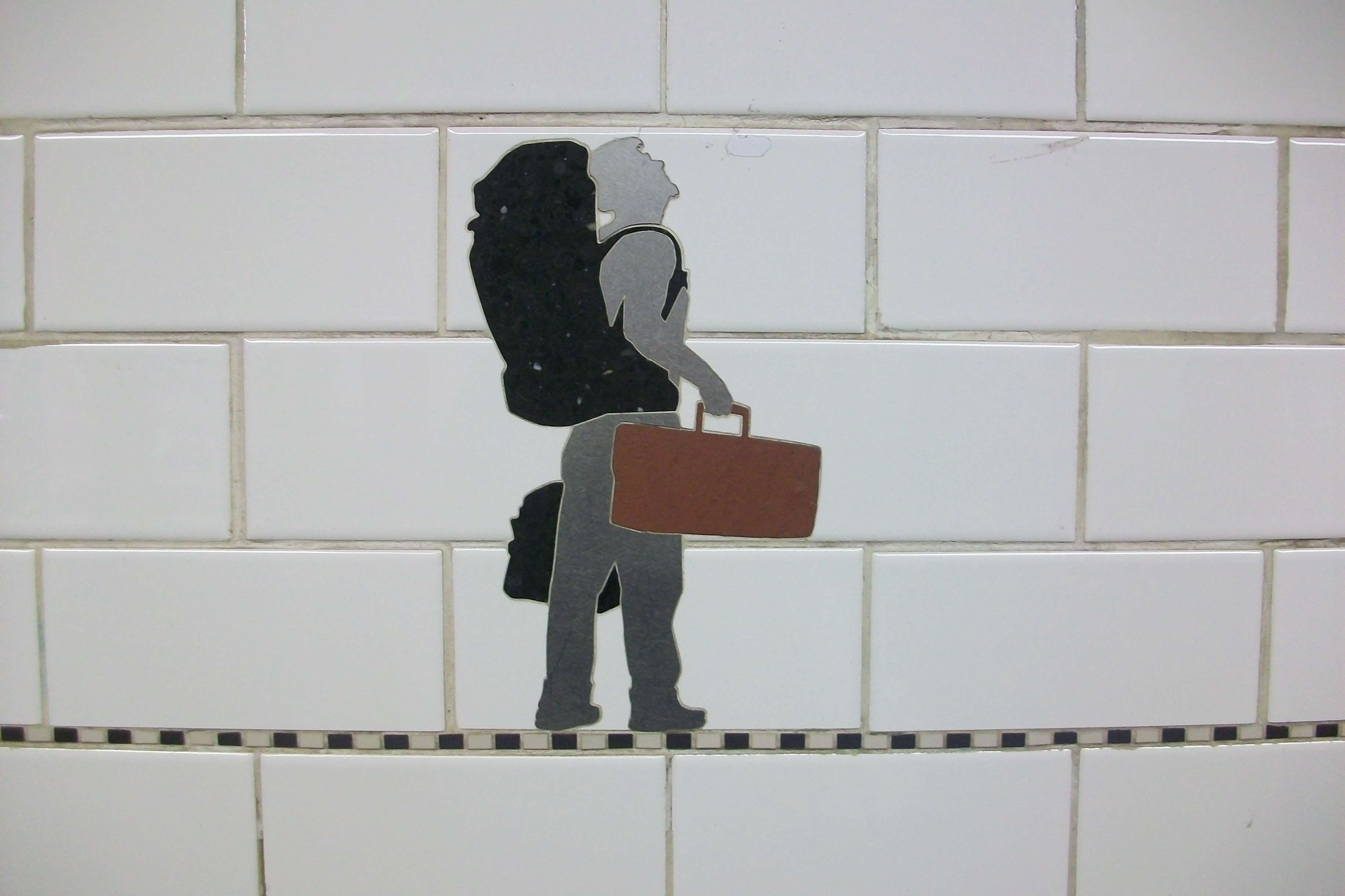 So, can you guess which subway station houses these figures?

Updated, 5/16/2011: The figures, part of a larger work titled "Carrying On" by Janet Zweig is located at the N/R Prince Street Station. Subway.org has a write-up of the frieze and you can view more figures at our Facebook page.