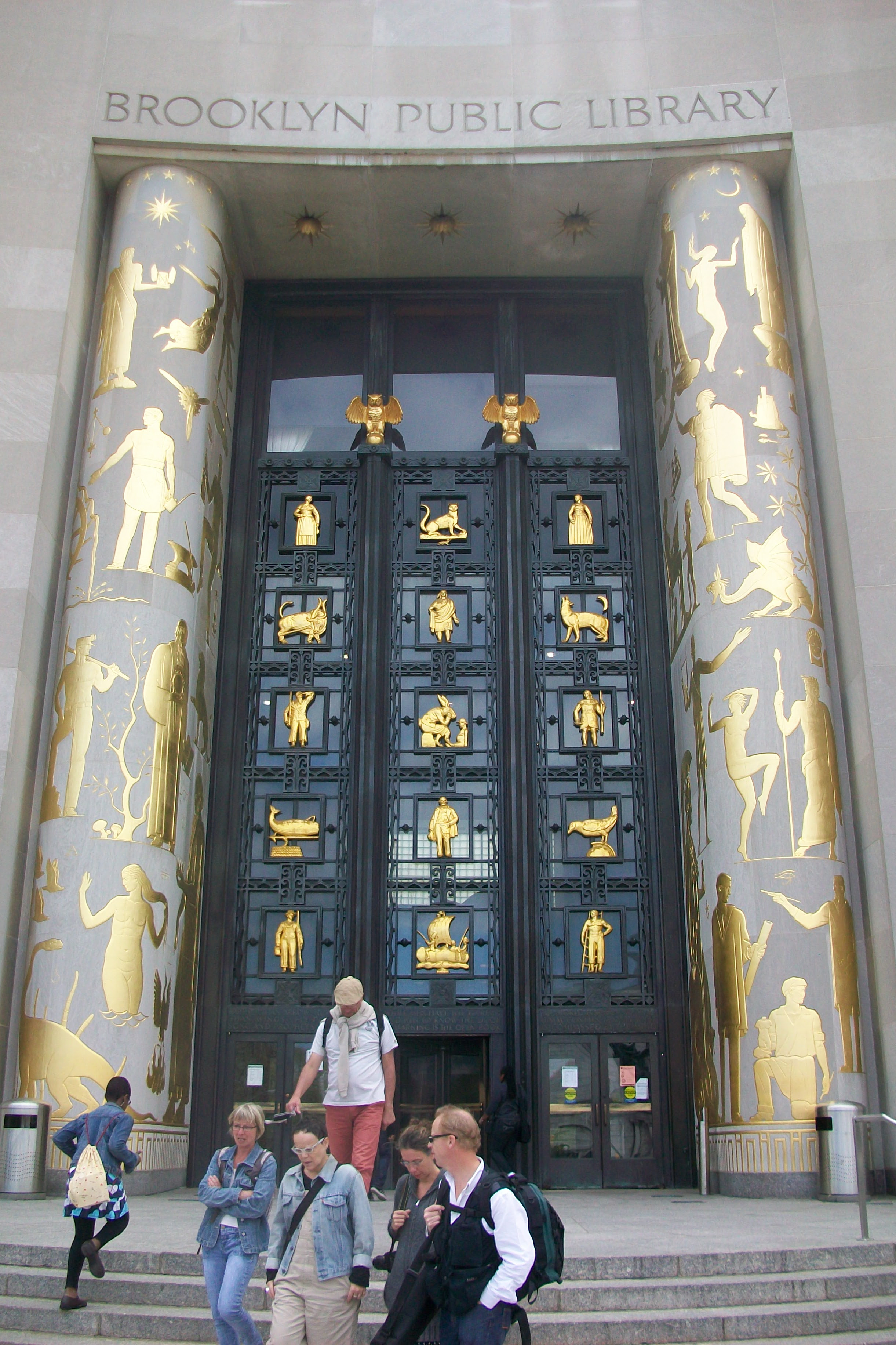 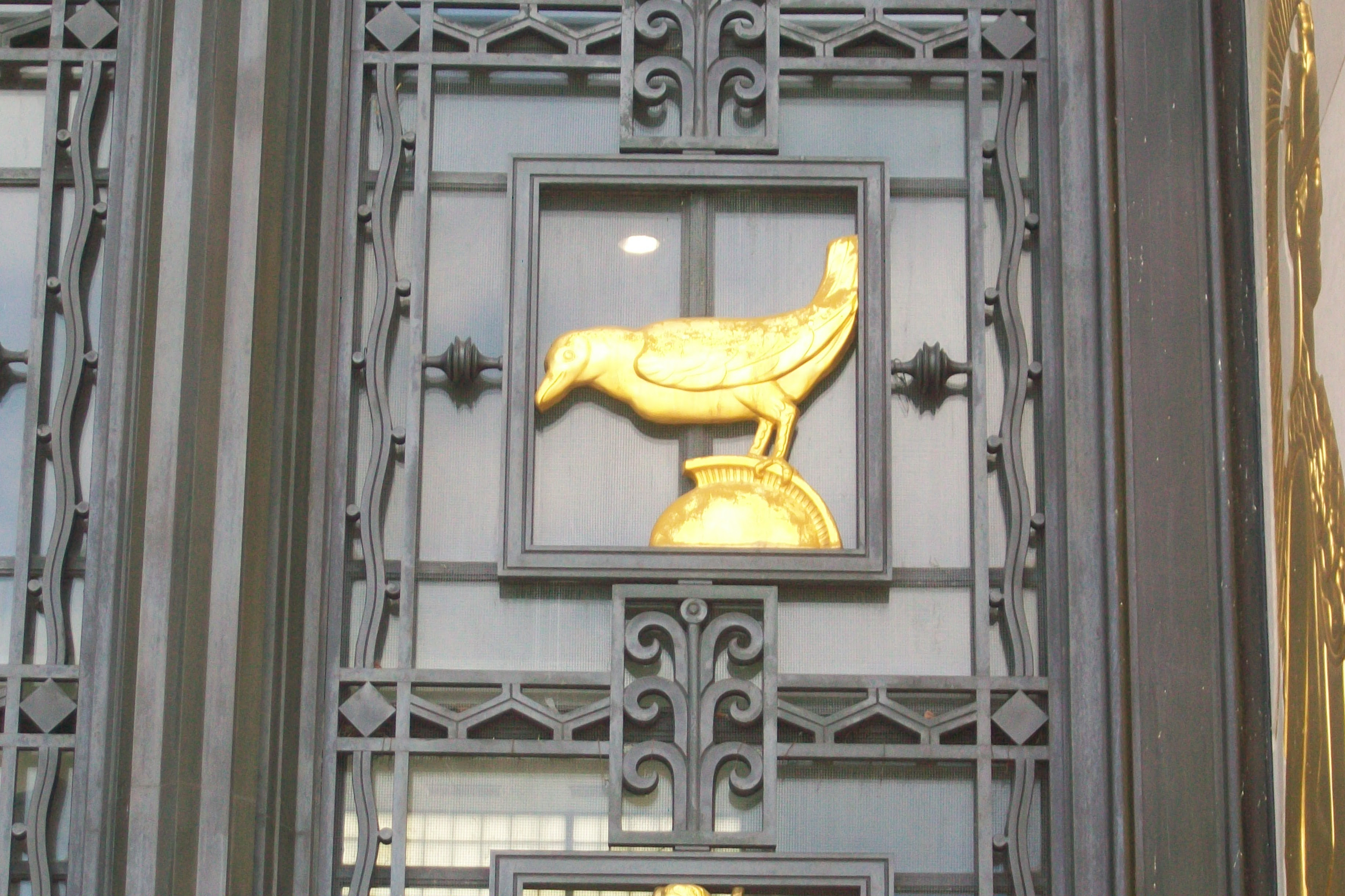 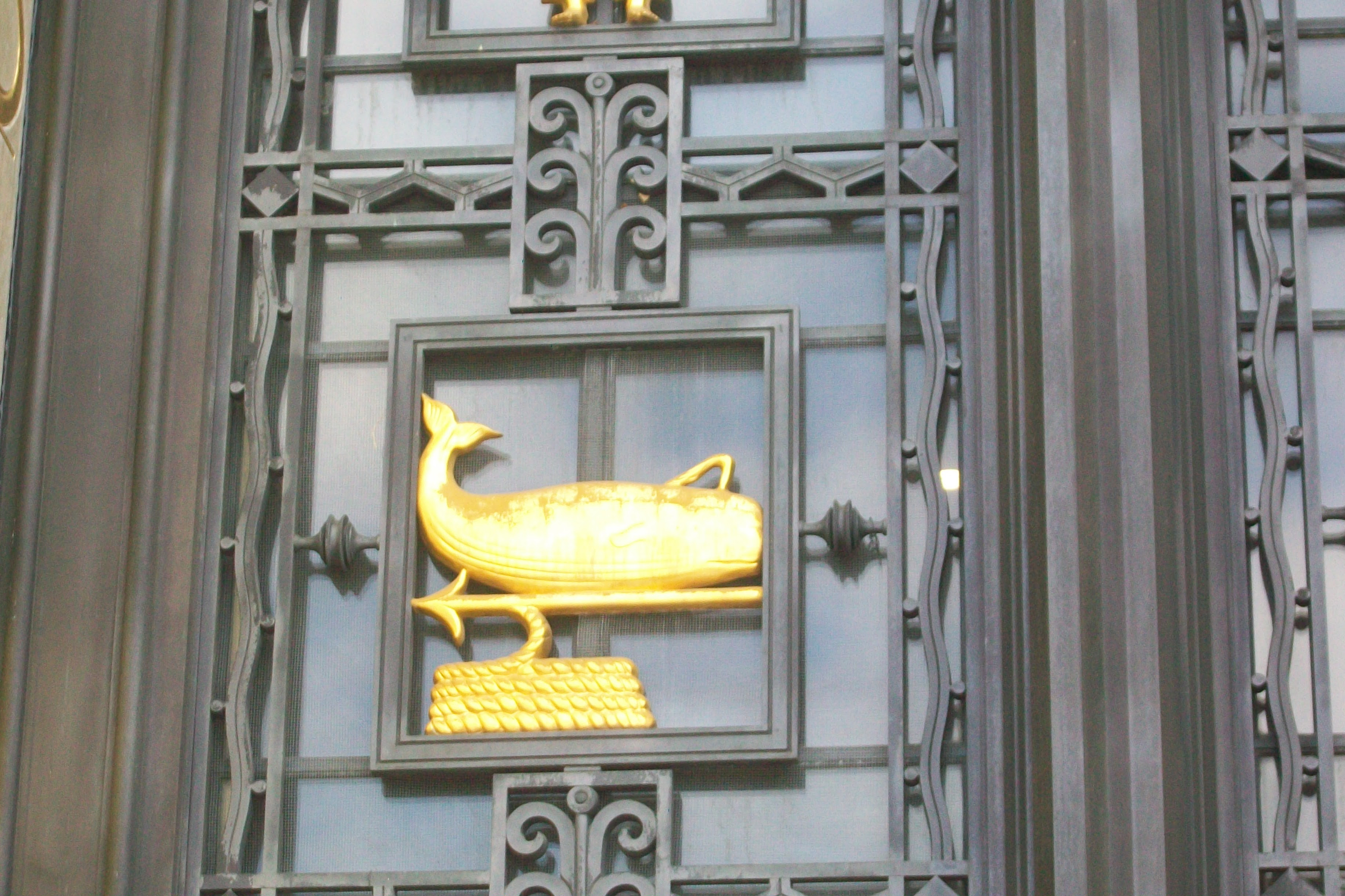 The tour began with 15 people including two children.  The first sight on the tour were the panels on the door of the library.  The main panels feature animal characters in famous work of American (U.S.) literature.  (The side panels are devoted to the arts and sciences.)  The animals are a rabbit (Br'er Rabbit), whale (Moby Dick), raven (sitting on Athena's helmet in an Edgar Allen Poe poem), ox (Babe), wolf (possibly White Fang of Jack London stories), cockroach and cat (Archy and Mehitable), and owl (possibly of the Owl & the Pussycat). 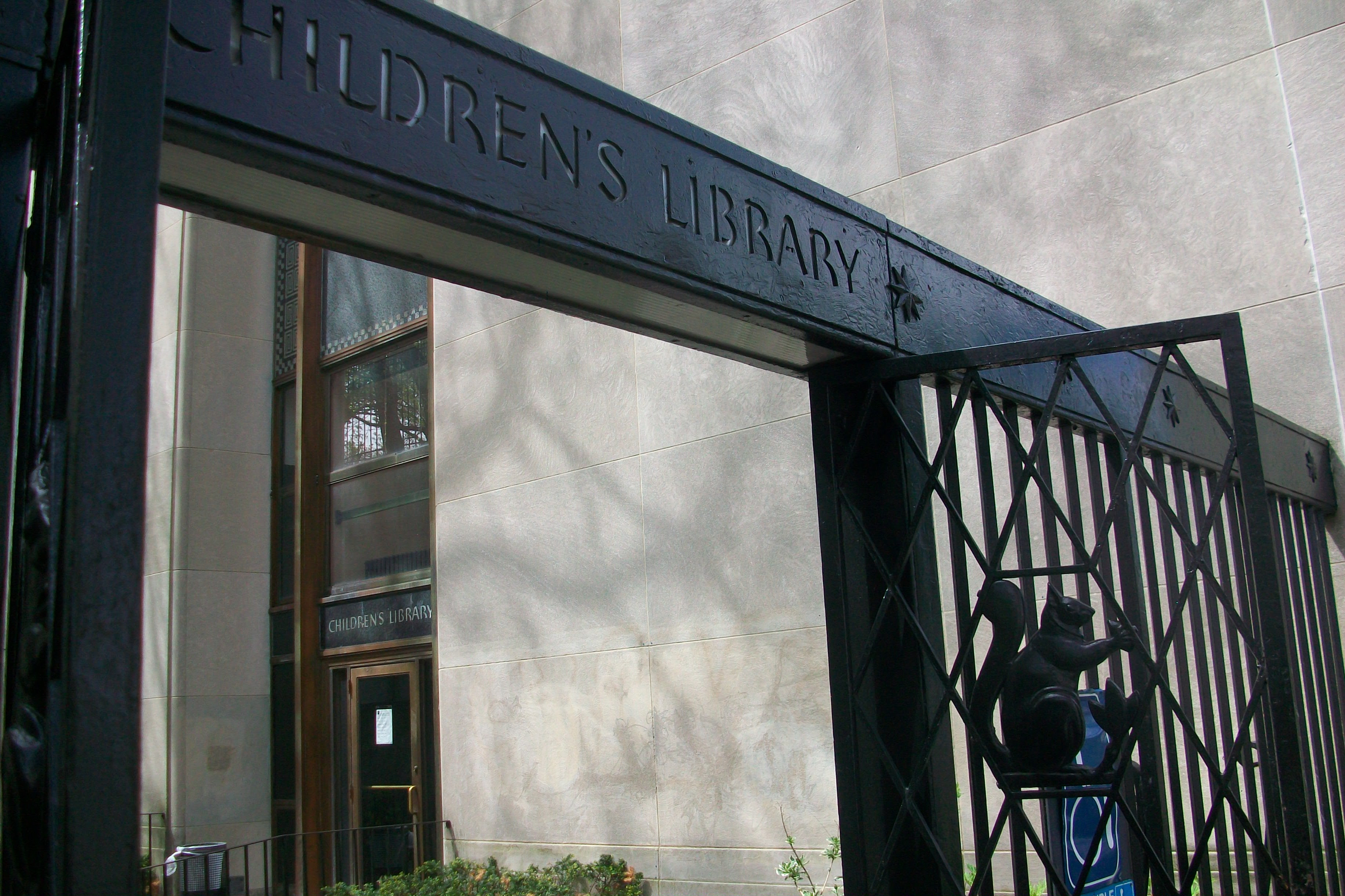 From the main entrance to the central library, we looked at the special entrance to the Children's Library.  The gate is decorated with squirrels, each holding an acorn.  Squirrels are associated with contradictory meanings such as thrift, obedience, and greed. 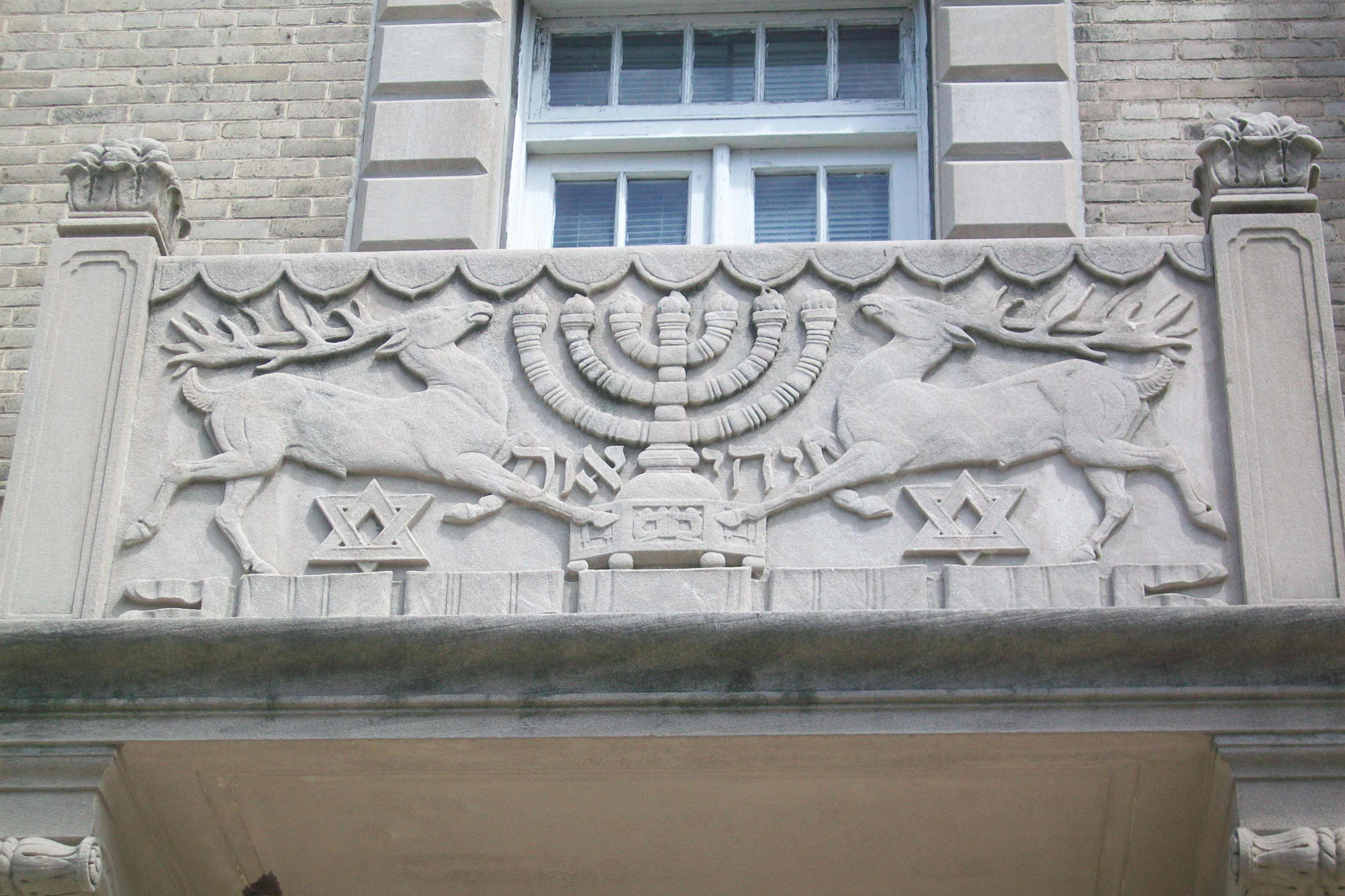 Across from the library is the Union Temple of Brooklyn.  The temple's facade is decorated with deer, a lion with rosettes, fruit garlands, and the "Rose of Jacob."  The latter is not a true rose; it is a lily, according to a quite knowledgeable man on the tour.  Israel is known as the "land of the deer/gazelle" while King David is known as "lion heart." 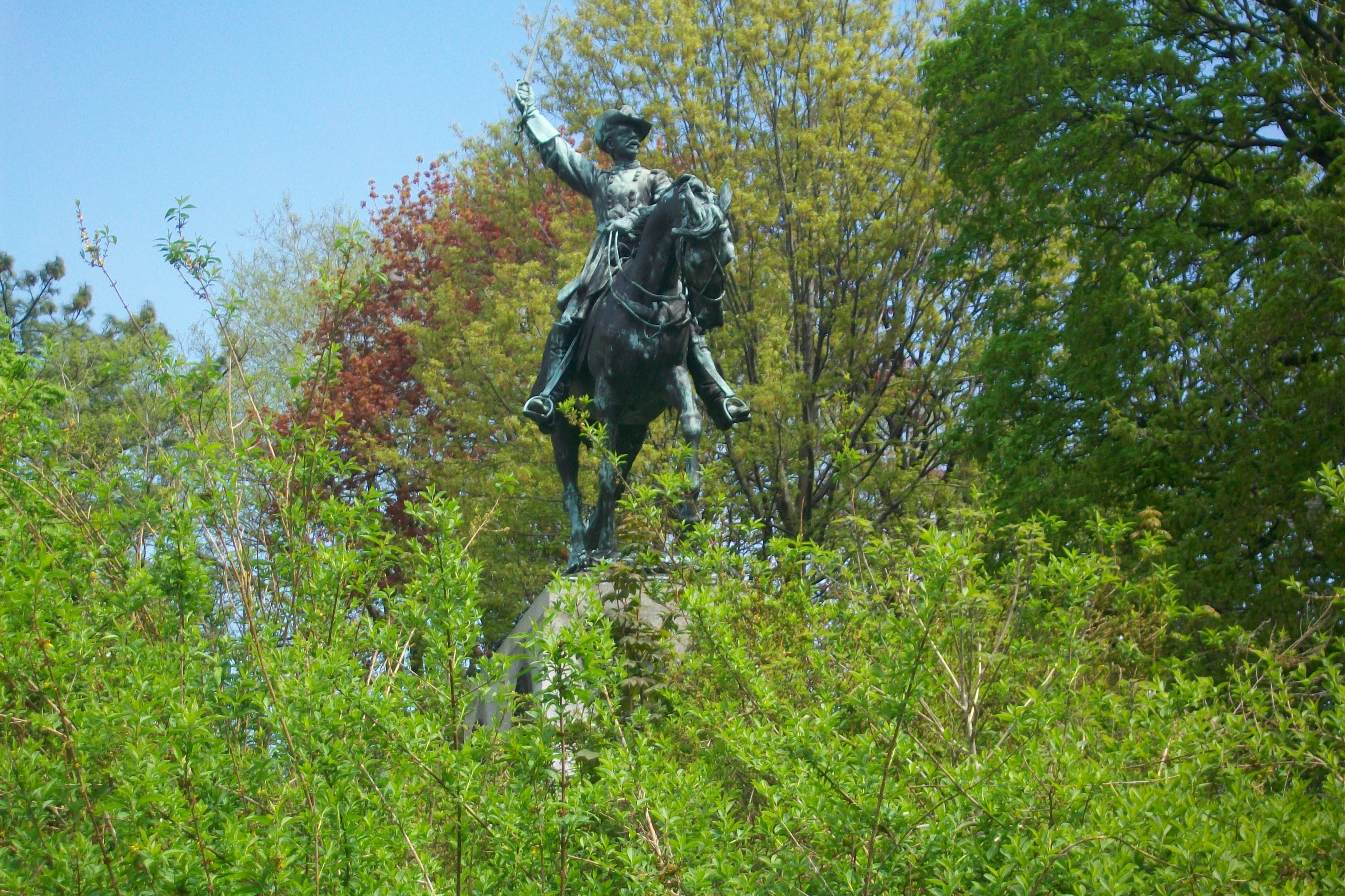 A block away from the temple is a statue of Civil War general Henry Warner Slocum on his horse.  The horse sculpted with a raised leg symbolizes victory.  Read more about the Slocum Monument here. 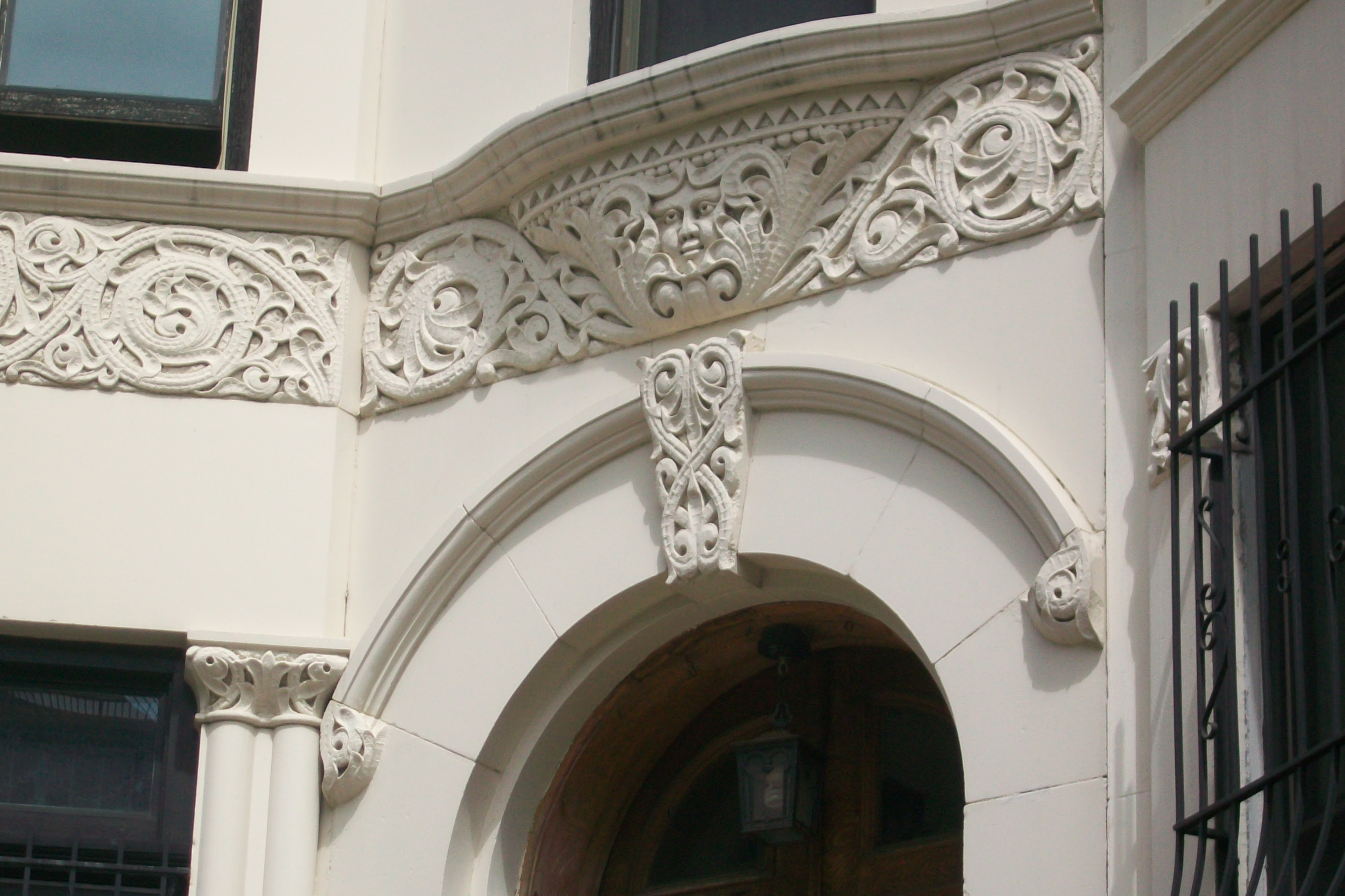 On Butler Plaza we admired Tudor roses on a tall apartment building and floral ornamentation on a series of low-rise apartment buildings.  At Sterling Place we were introduced to the Celtic "green man," a face shrouded by leaves; sunflowers, signs of hospitality; and scallops, symbols of St. James Path.  The shape of the scallop, we were told, is a metaphor for the many paths taken by the pilgrims which led to one point, the tomb of St. James.  This point is confirmed in the Wikipedia entry for the Way of St. James. 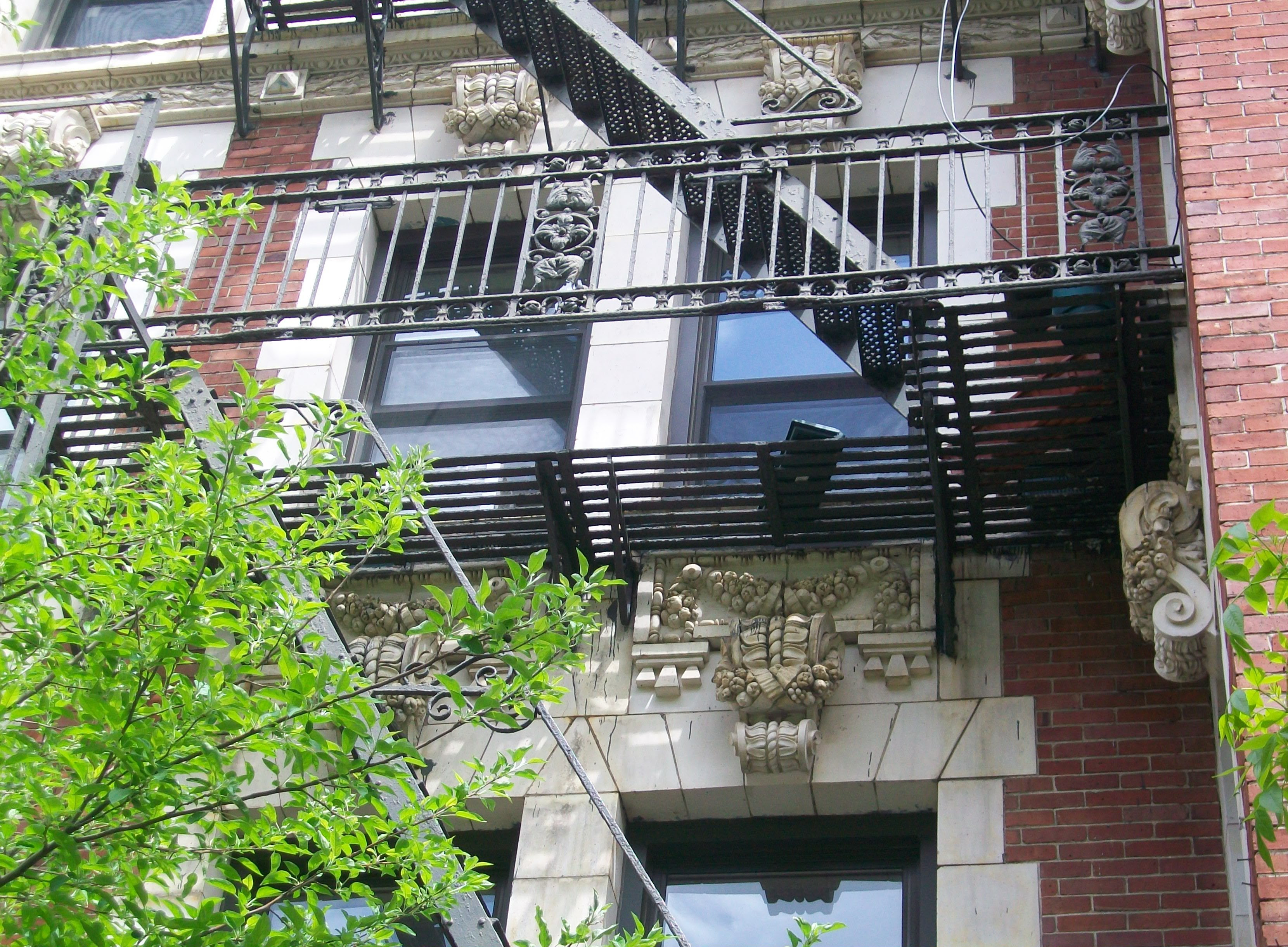 The building at 327 Sterling Place was a delight; its facade is decorated with fruit garlands and ven the grill work on the fire escapes is ornamented. 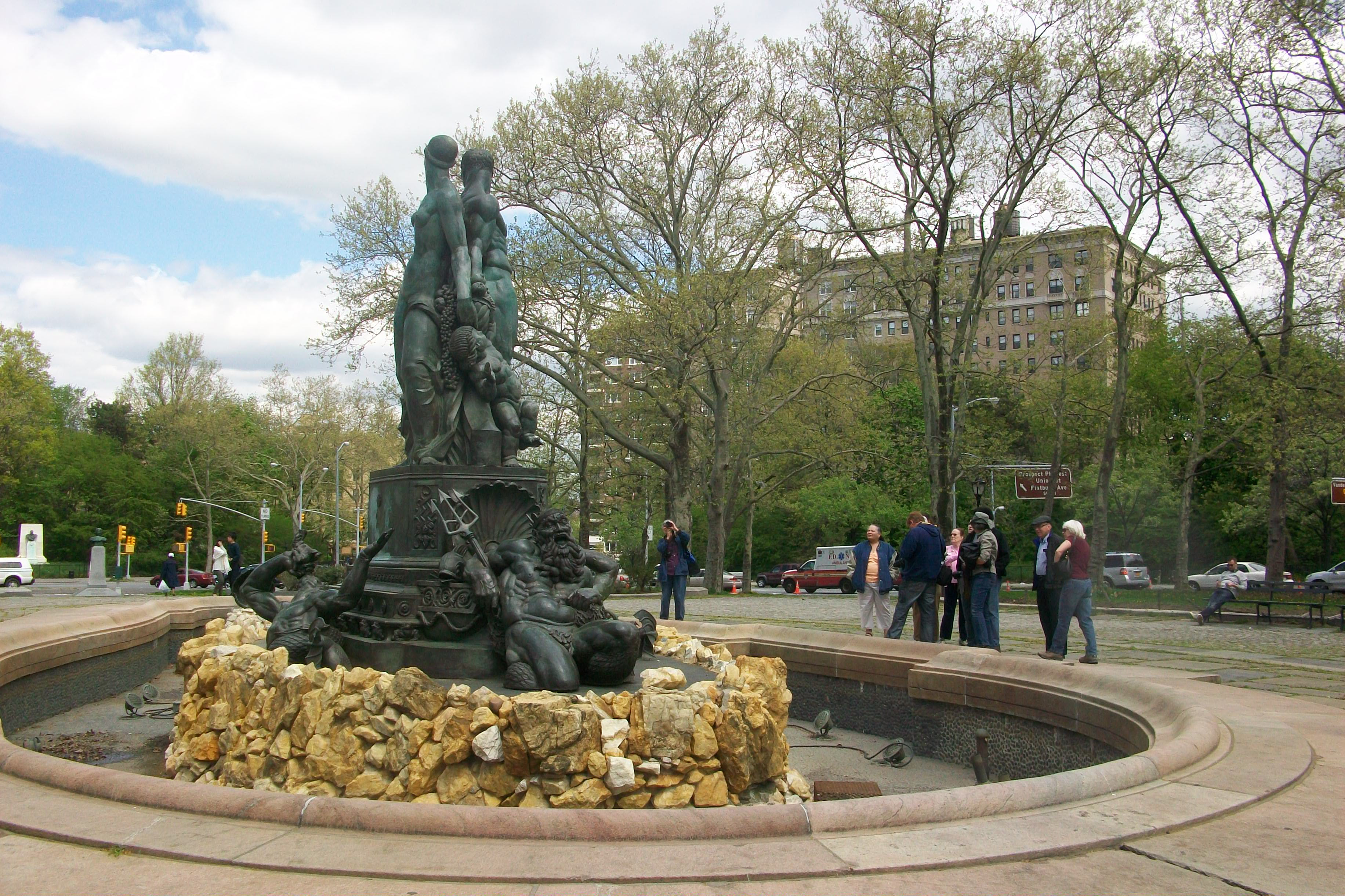 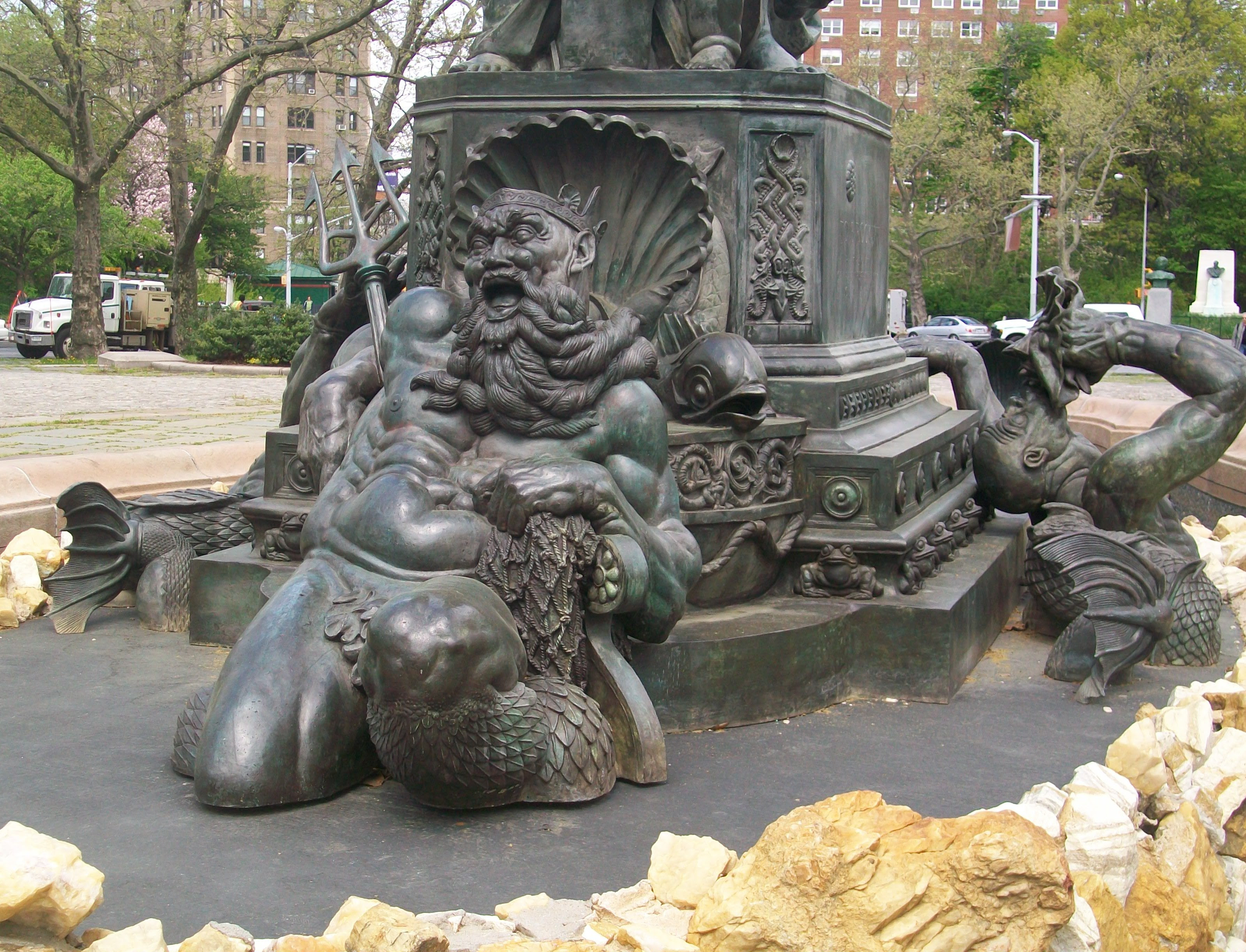 From Sterling Place we retraced our steps to Grand Army Plaza and visited the Bailey Fountain which is dominated by the sculpture of Neptune and a ring (or oval) of London planetrees.  The Bailey Fountain was sculpted by Eugene Savage and built by Edgerton Swarthout.  Even without the water, the fountain was exuberant!  The afore-mentioned Nepture, nudes of Wisdom and Felicity, frogs, fish, fruits, lions, and a water snake/dragon. 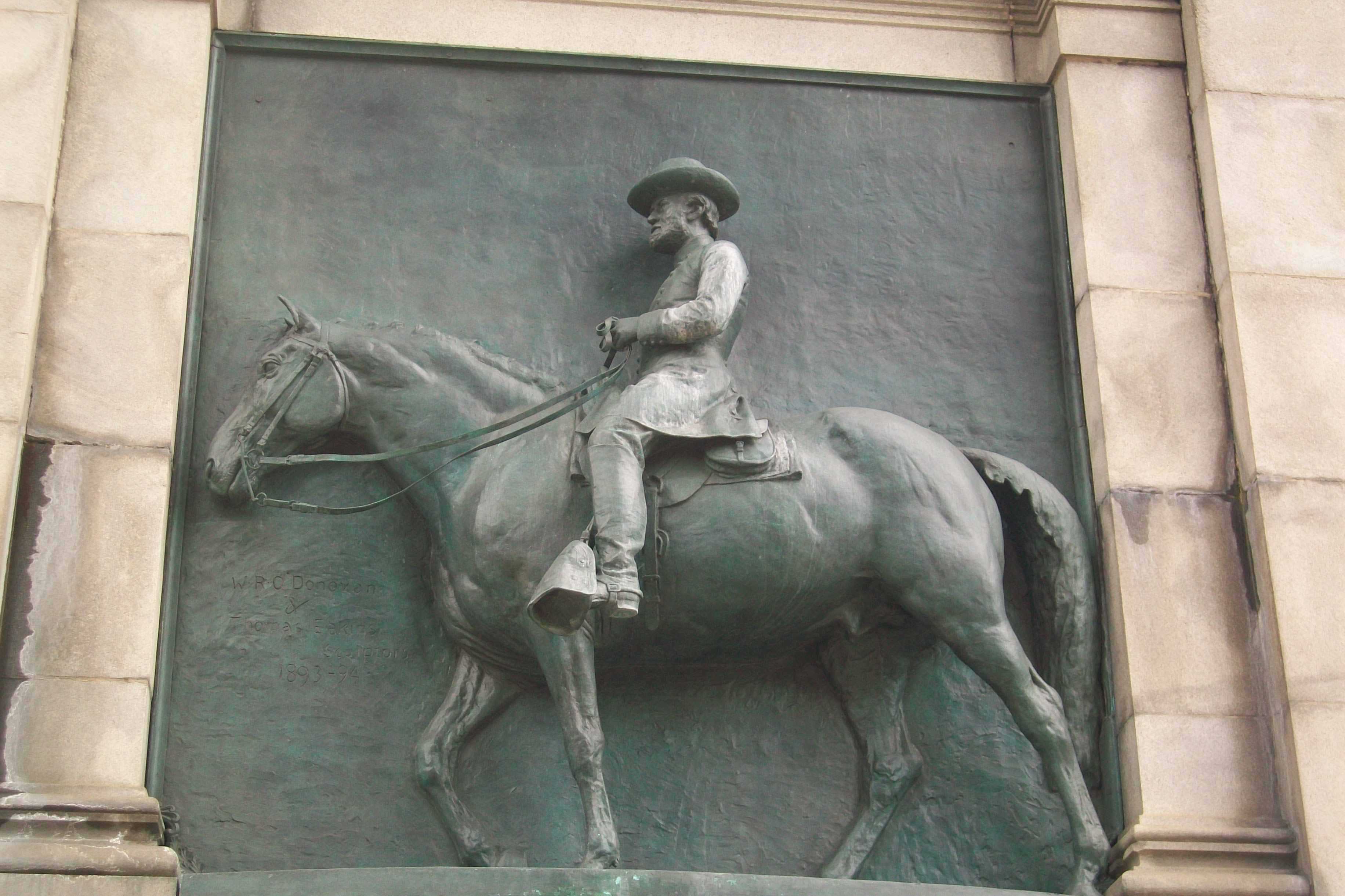 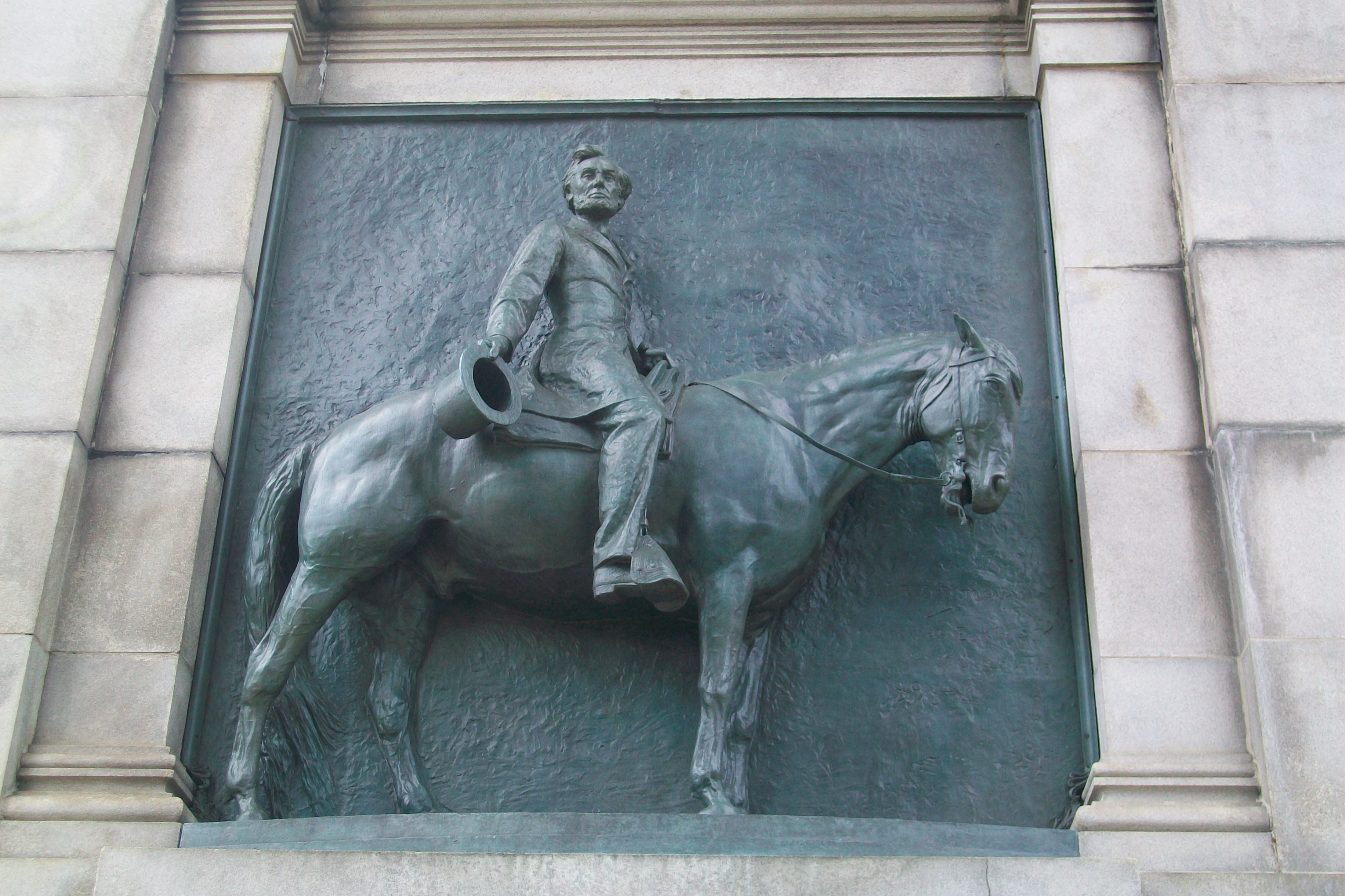 Our next stop on the safari was the Soldiers' and Sailors' Monument.  We saw more men on horses here, specifically Grant and Lincoln on horseback. 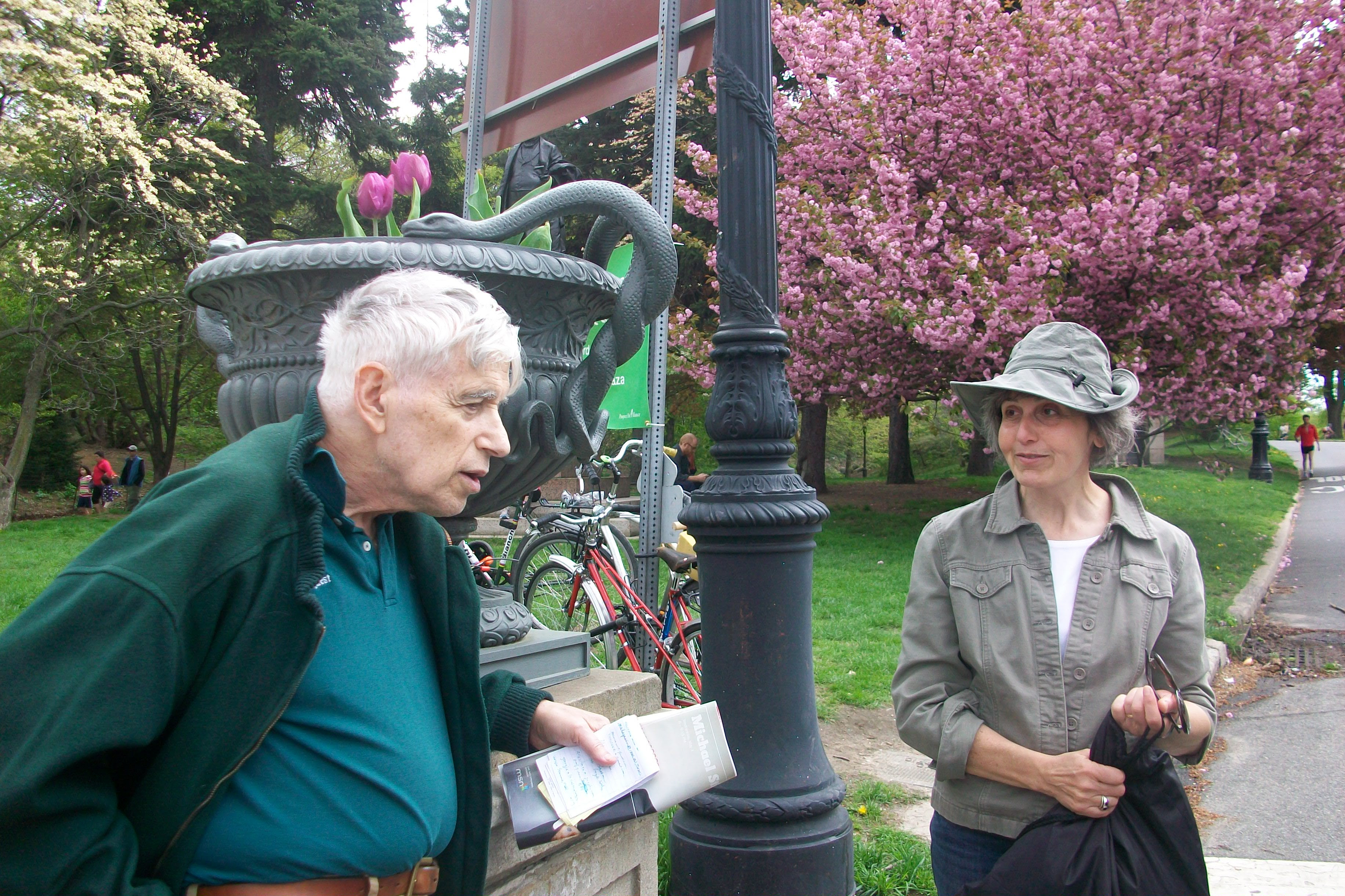 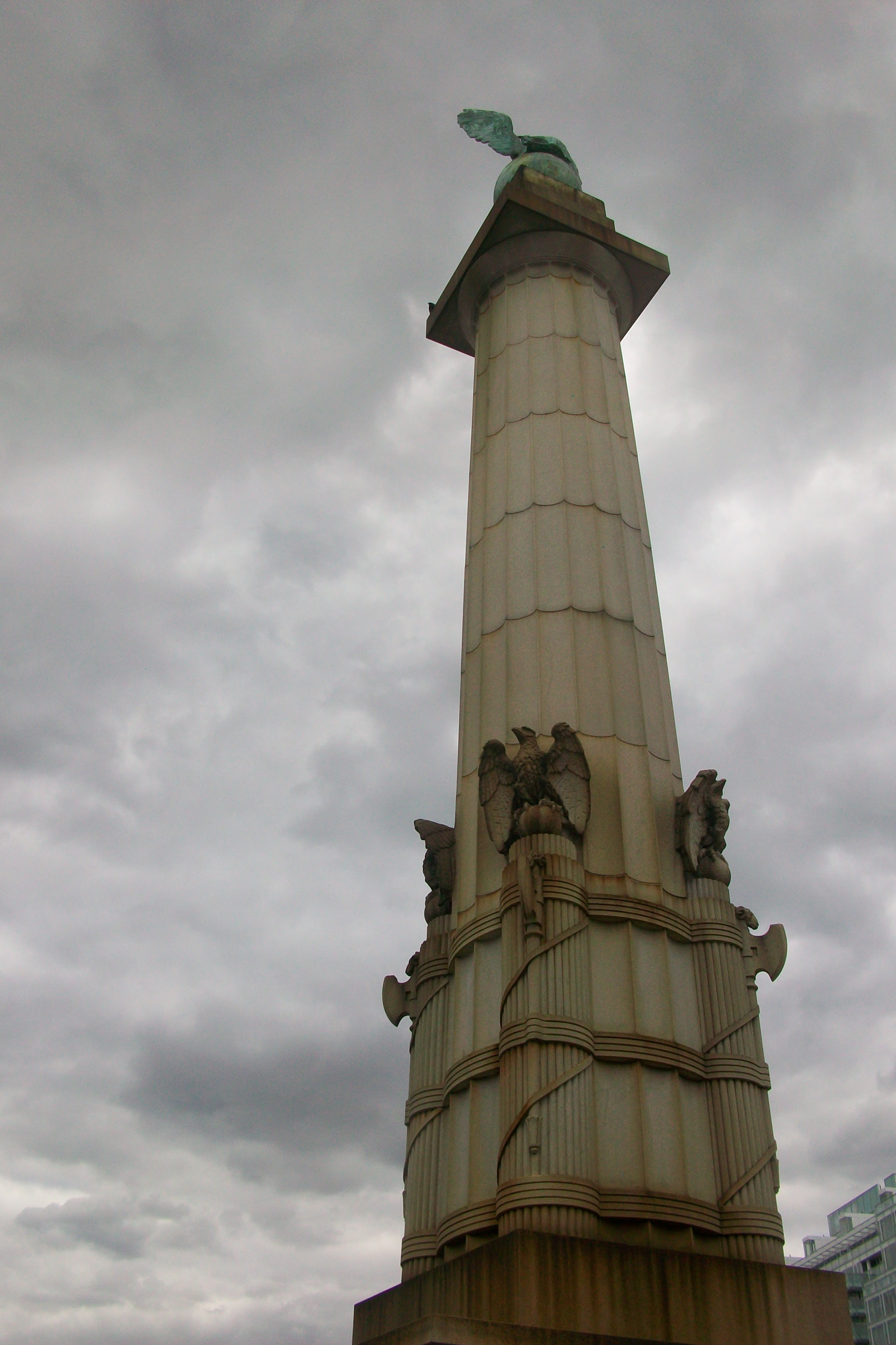 We ended the tour across the street at Prospect Park.  Our final sights were we looked at urns decorated with olives branches and double-headed snakes and the Four Eagles monument by MacMonnies and White.

Ever since the safari, I have been more observant of architectural details.  Here are a two photographs of local animal architectural details as well as a red tailed hawk atop Judson (likely Bobby of Violet and Bobby) and a live zebra but more likely a horse painted as a zebra (seen on Mercer Street). 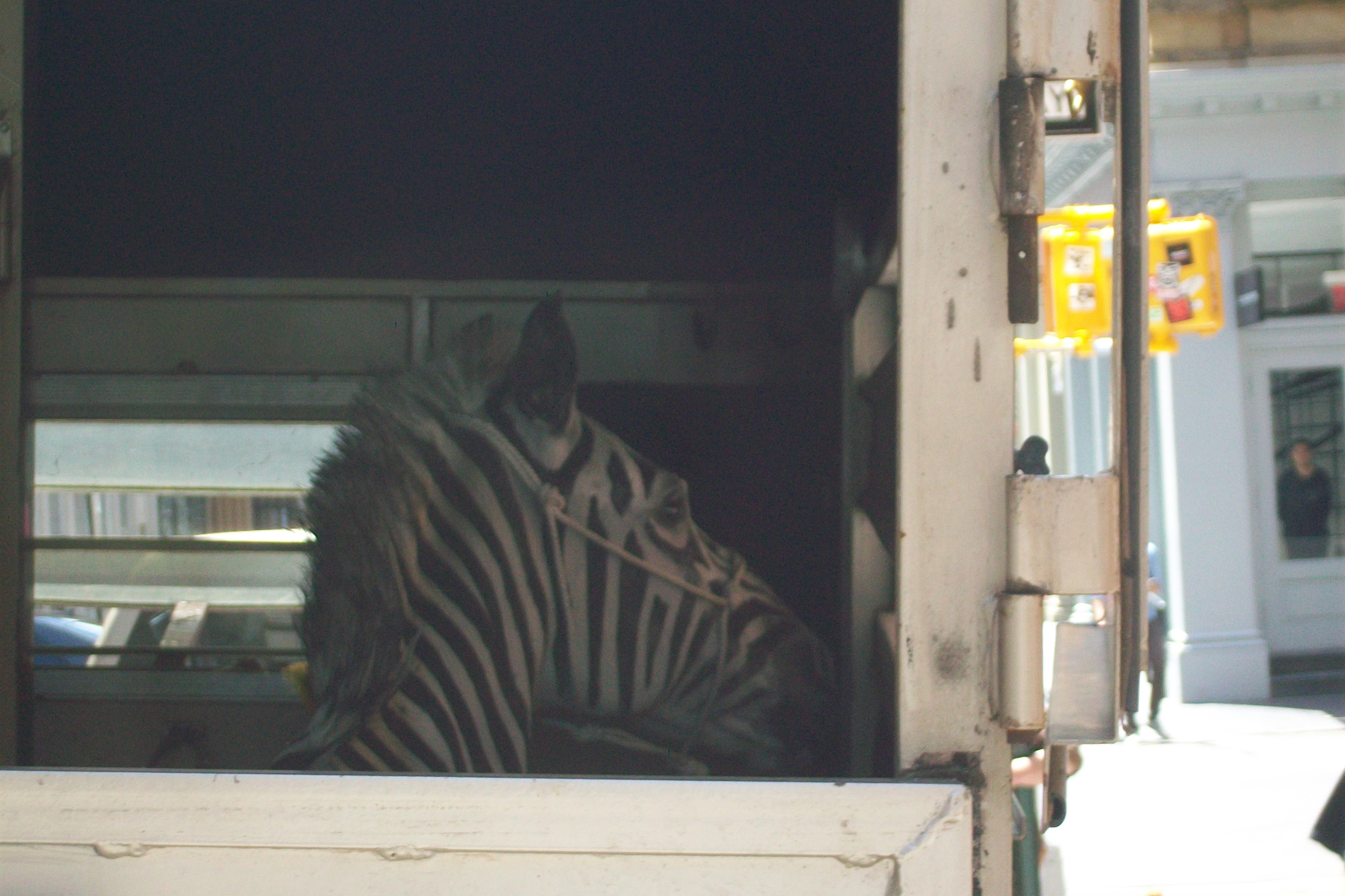