Our most abundant and widespread dove 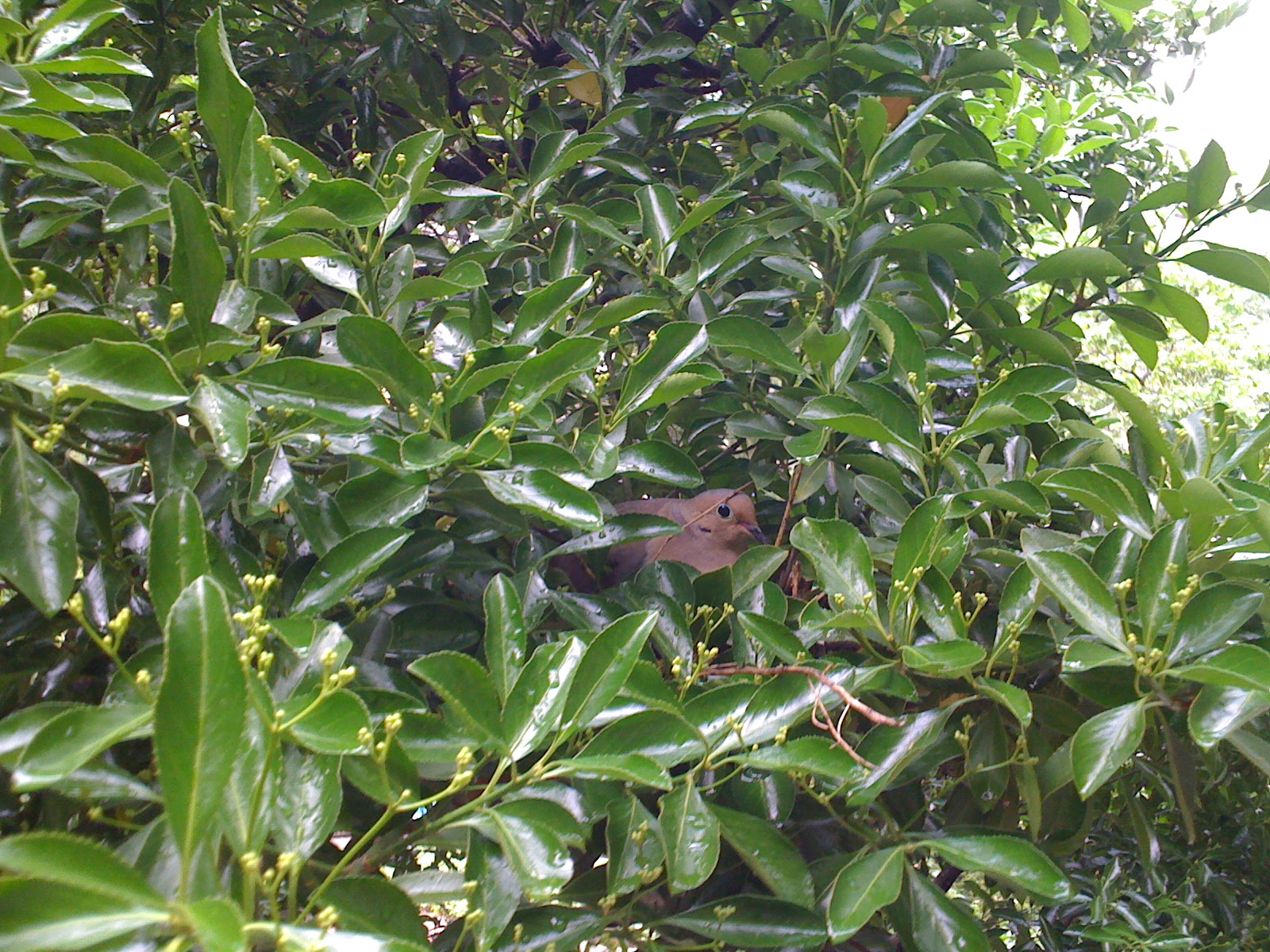 Although the pigeon is in the Dove family and is also known as the rock dove (Columba livia), this post is not about that city bird.  Rather it is about the mourning dove or Zenaida macroura.  The Field Guide to the Birds of North America (1987, Third Edition) is the source of the quote that titles this essay. 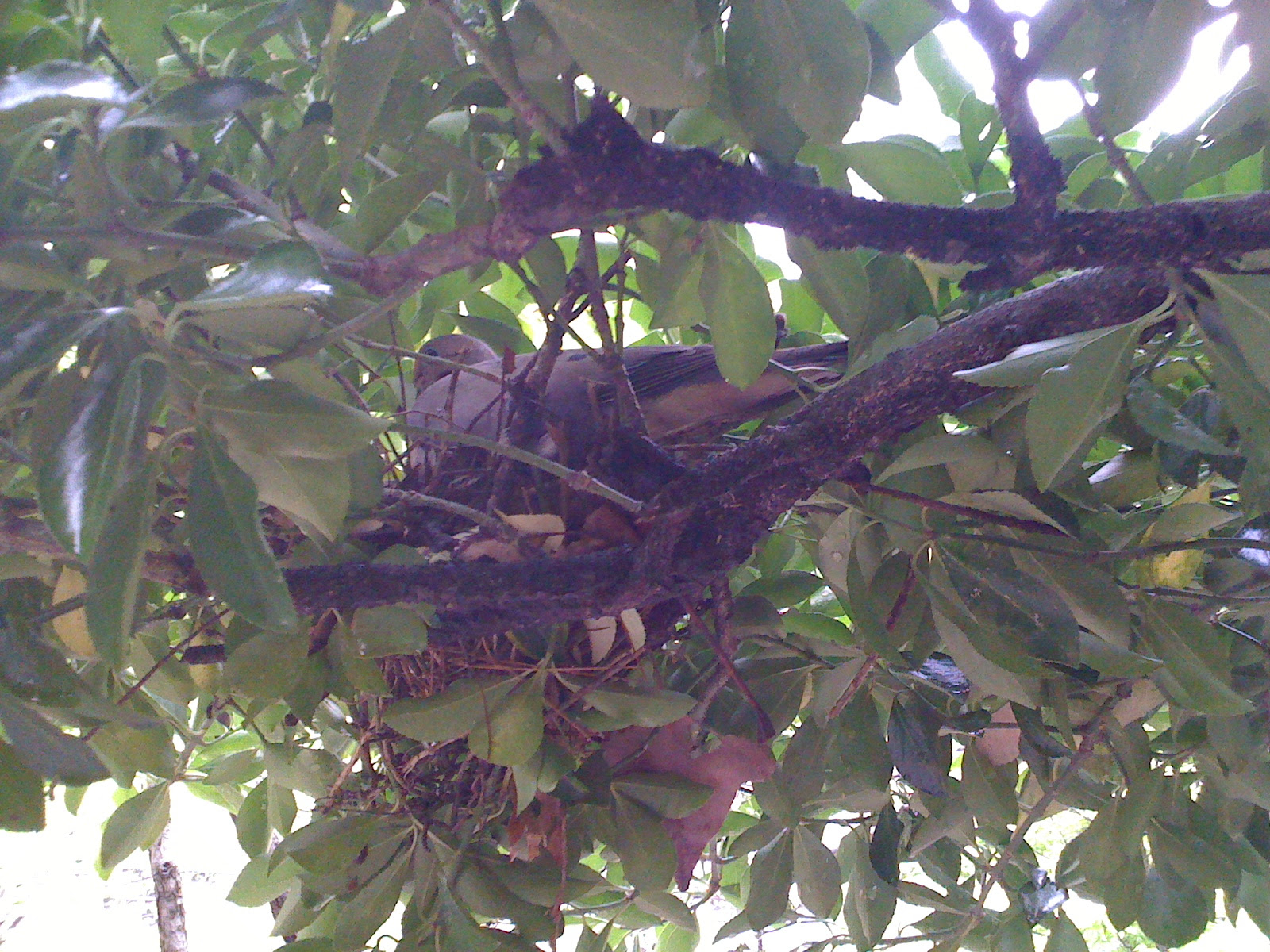 The Mourning Dove's most distinctive field mark is its "pointed tail bordered with large white spots" writes Peterson in A Field Guide to Western Birds (1961).  Otherwise is habitat and nest are ordinary.  "Farmland, towns, open woods, mesquite, coastal scrub, grassland, and desert" lists Peterson.  The Cornell Lab of Ornithology lists "open country, scattered trees, woodland edges, ... [and] woodlots during winter."  Its nest is not much to speak of according to Peterson's description: "[a] flimsy twig platform in tree, shrub, cactus, or on the ground."  We thought the nest we saw in a nearby garden had been vandalised but not so after reading Peterson's entry.

Recently we saw a Mourning Dove pecking on the ground.  We thought for ants or other crawlers but a check with American Wildlife & Plants: A Guide to Wildlife Food Habits (Martin, Zim, Nelson, 1951) revealed that the Mourning Dove only eats "traces of insect or other animal food."  The entry at Cornell's All About Birds notes that the bird "sometimes eat[s] snails."