September 27, 2012
In June, The SoHo Memory Project blogged about the origins of Canal Street.  In that post, we learned that Canal Street arose as a tree-lined drainage canal between Collect Pond and the Hudson River.  In 1805 the City decided to drain the pond because its water had become polluted by industrial waste.  From the NYPL Digital Archives, here is a photograph of Canal Street in 1826.


Were the trees American elms?  That streetscape was restorative in contrast to Canal Street today (see below).


The sixty-foot deep spring-fed pond was used for picnics, ice skating, and one of "the first experimental steamboats" was launched there.  After the pond was drained, the site was filled with soil from an adjacent hill.


The neighborhood of Paradise Square grew on the site but began to sink due to the area's high water table.  Also, the neighborhood began to smell.  Wealthy residents moved out of the area beginning in the 1820s and a decade later the area had become the infamous Five Points neighborhood.  In April 1960, what was once the site of the pond was transferred to NYC Parks and during the tenure of Commission Henry Stern, the park's name was changed from Civil Court Park to Collect Pond Park.  The park is bounded by Lafayette, Leonard, and Streets. 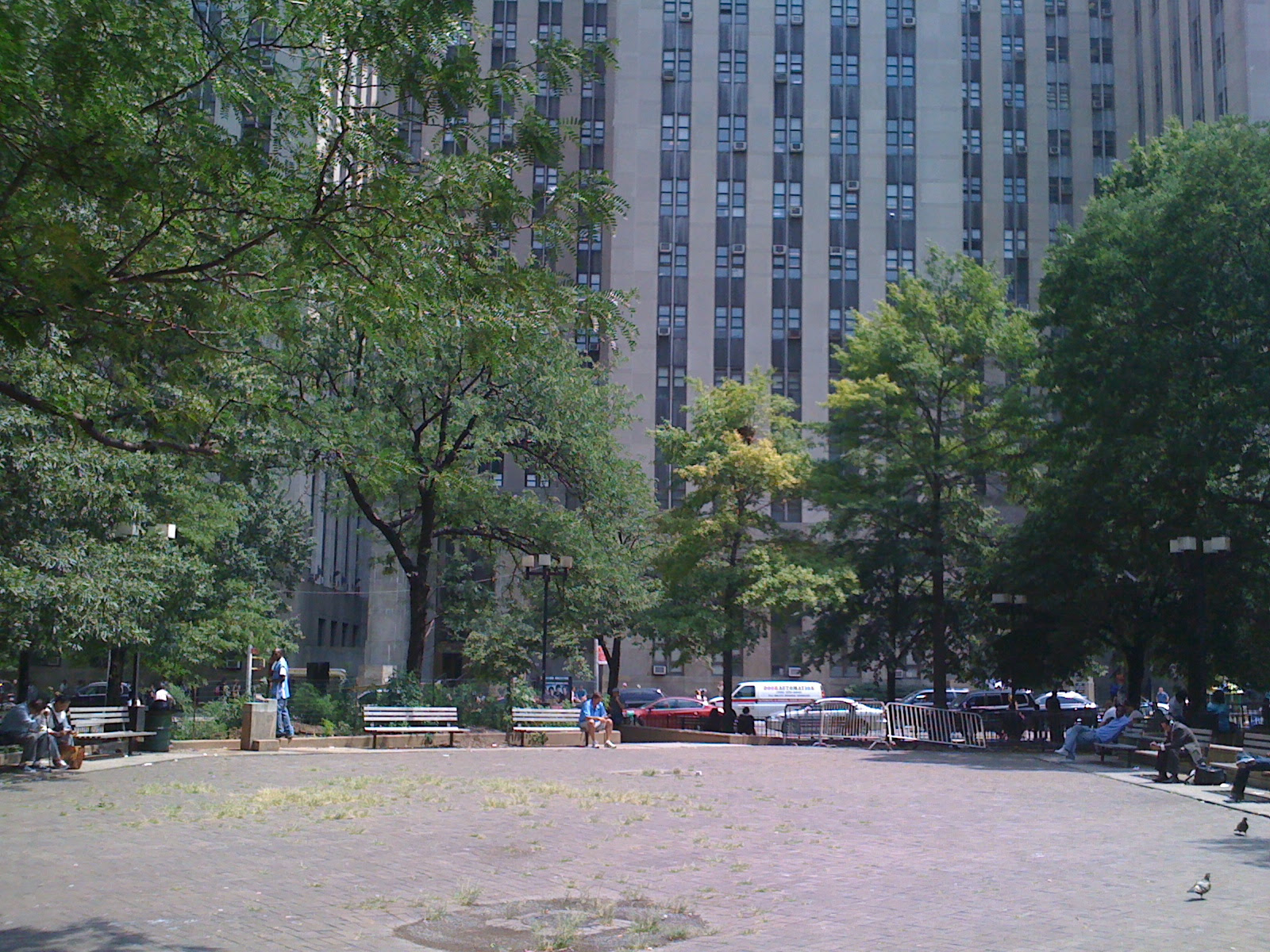 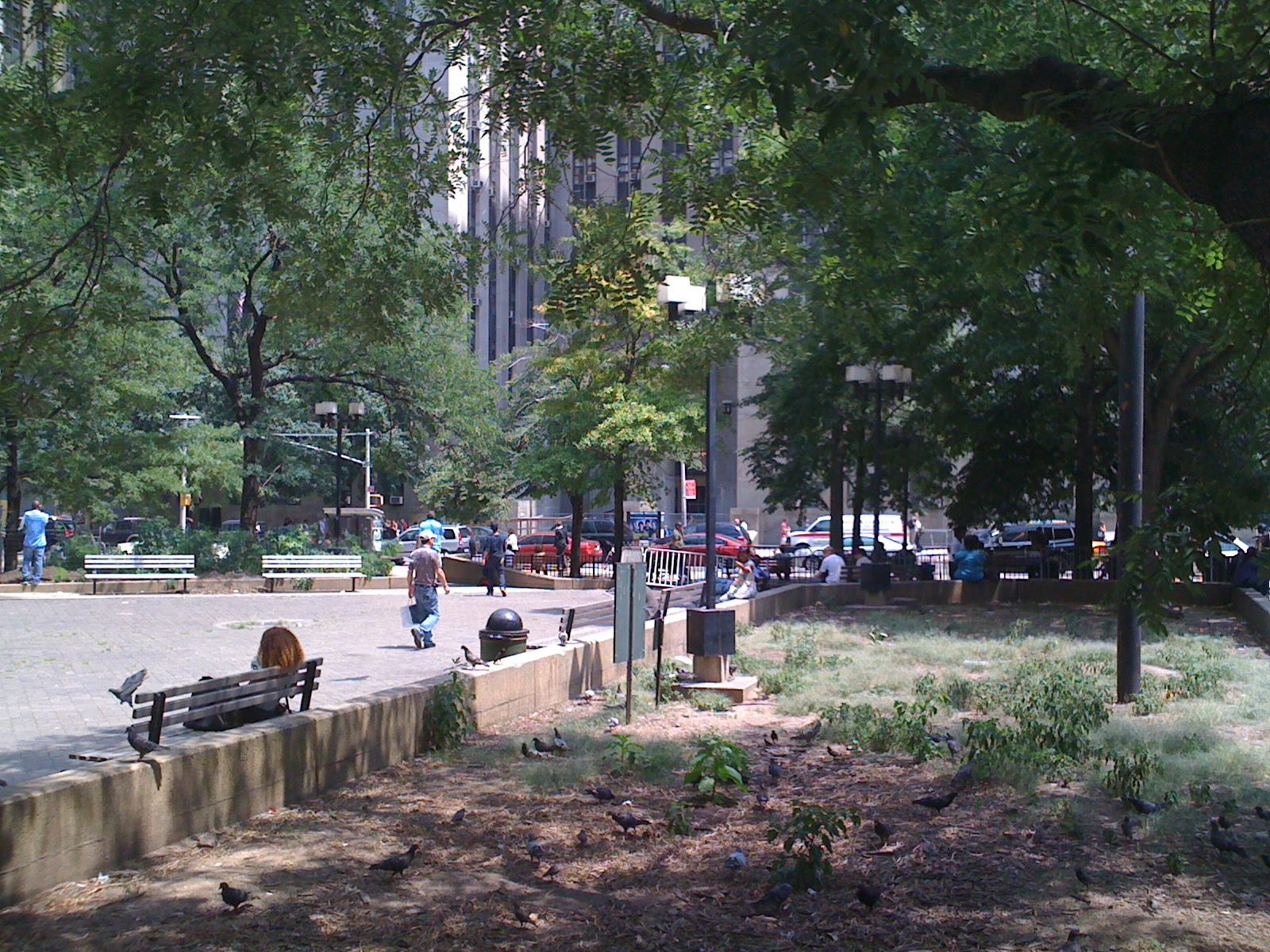 On a recent mid-afternoon, I was surprised by the appearance of the park given its central location among several government buildings.  The ground was covered with litter and the understory landscape was dominated by concrete, patchy grass and weeds, and bare soil.  Despite these environmental conditions, I observed many and different types of users taking advantage of the numerous benches located under the shady tree canopy. 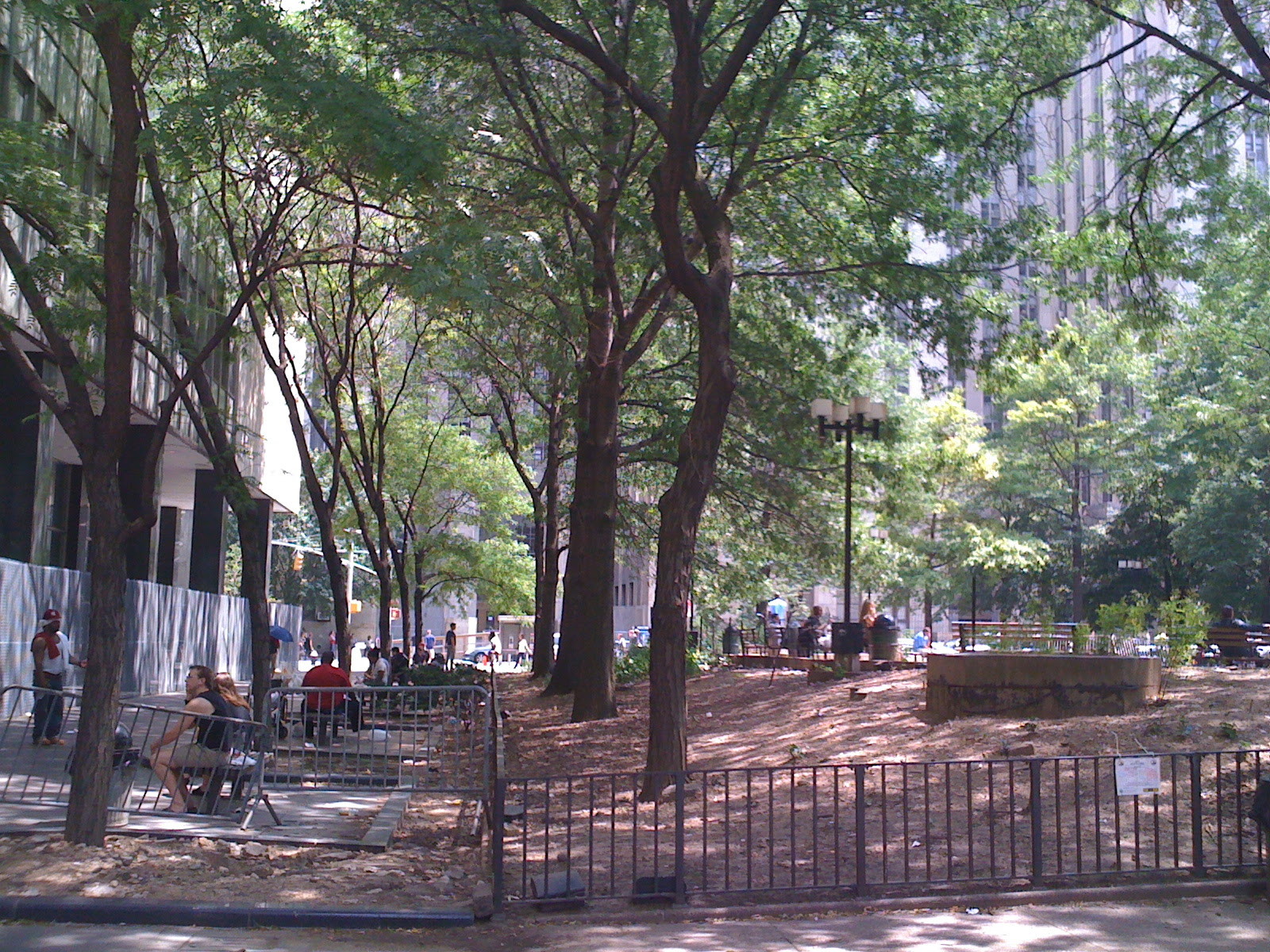 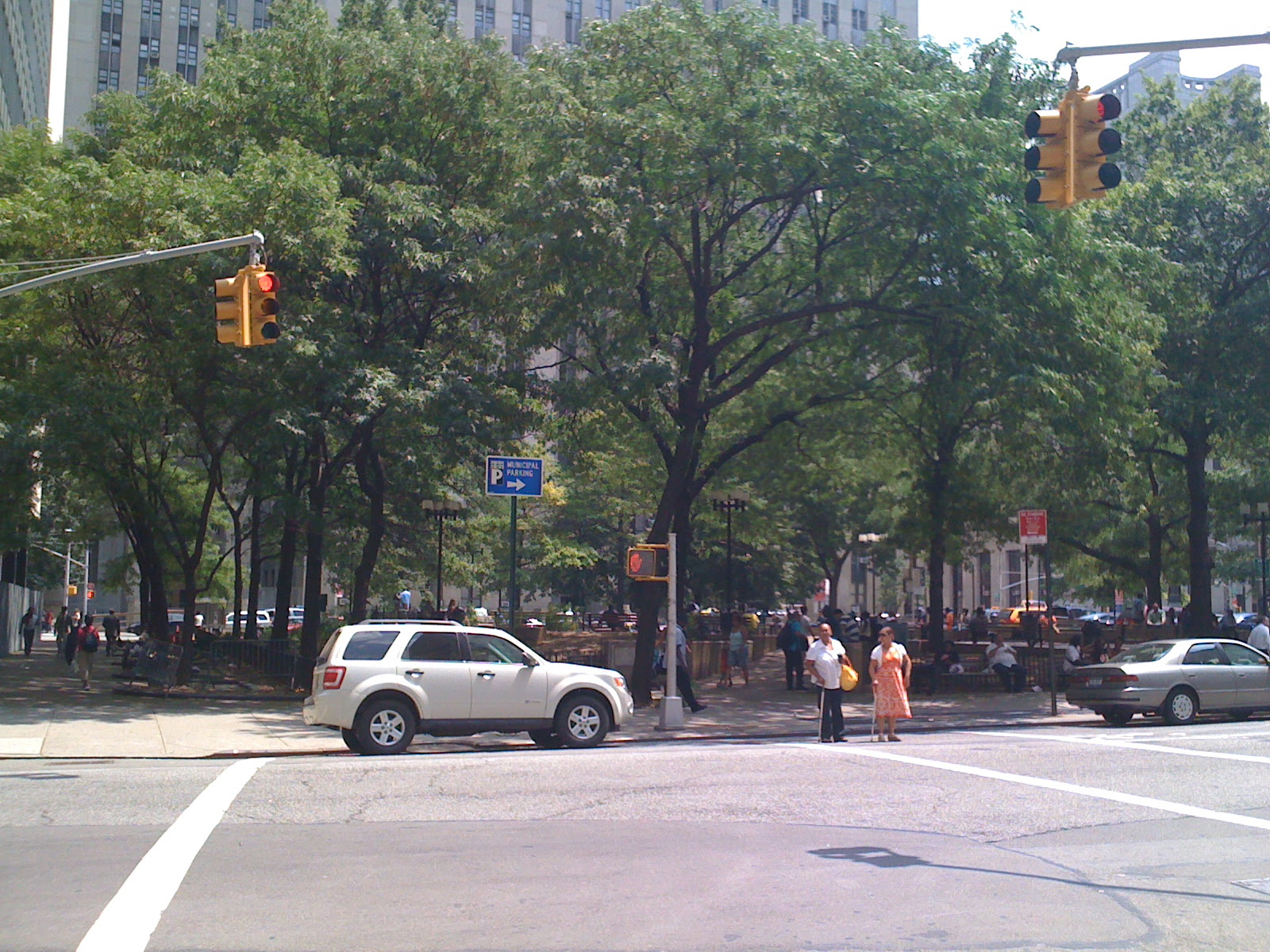 Collect Pond Park is due for a redesign, according to the Lower Manhattan Construction Command Center website.  Here is an excerpt from the website:


[P]ark designers envision the new park as both a sunny lunch spot and a reminder of Manhattan's densely wooded past. The park will be surrounded by shade trees, with a large lawn in the center of the lot and tables along the northern and eastern edges. At the south end of the space, where the parking lot now sits, the Parks Department will place thick beds of ferns and other woodland plants. Water misters will be imbedded in the plantings, making the surrounding air feel wetter and cooler. The park will be enclosed by a four-foot fence and lampposts and will be locked at night.

Will the "water misters" tell the history of the park's former aquatic ecology?  An illustration of the proposed design is available at wirednewyork.com.