July 11, 2011
I have always known the Flatiron Building in New York City was famous but I did not know the reason for its reknown until I read the Madison Square District entry in The WPA Guide to New York City: The Federal Writers’ Project Guide to 1930s New York (1992 (1939)).

Here is the entry:


In the acute-angled triangle made by the scissors-like intersection of Broadway and Fifth Avenue, at twenty-third Street, is the old twenty-one-story FLATIRON BUILDING, completed in 1902 from plans by D. H. Burnham and Company. Its exterior walls as well as floors are supported at each story by the steel frame. This was a logical advance over the structural system used in the World Building on Park Row. Previously, the area of the base and the thickness of the exterior walls were the main technical factors in determining the height of a building; the development of the new principle made possible greater heights. 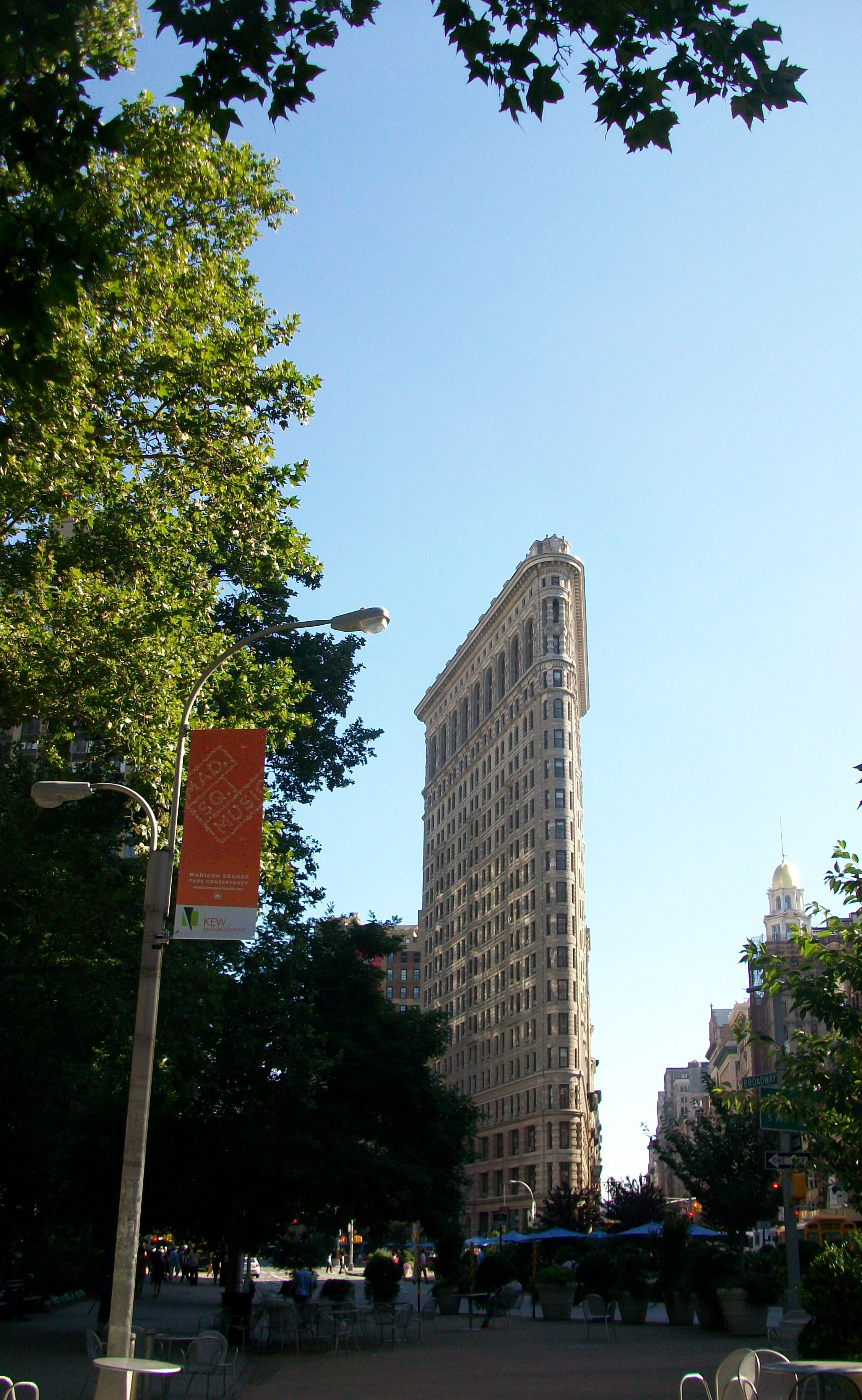