July 29, 2011
I am intrigued by the semantics of the NYU 2031 Plan.  In this post I consider an excerpt from the plan that discusses the size and feel of the interior of Washington Square Village which the plan has named the North (Super)Block.

On page 165 of Chapter 6 - The Core (or page 30 of 36 if you are reading the NYU2031 pdf), the plan's authors describe the proposed changes to the existing courtyard including the playground between the two buildings of Washington Square Village:


The intent is to break the vast interior of Washington Square Village into smaller and more intimate spaces, promoting a park-like atmosphere (emphasis added).

Here is a Google Map view of the courtyard in 2011:


The courtyard looks park-like in the above aerial image and when you are in the Hideo Sasaki Garden and in the playground, the courtyard feels park-like.  The interior of the Sasaki Garden is designed into discrete spaces: the fountain, the trellised seating areas, the grove of raised planters (shown below), etc.  We first wrote about the garden in June. 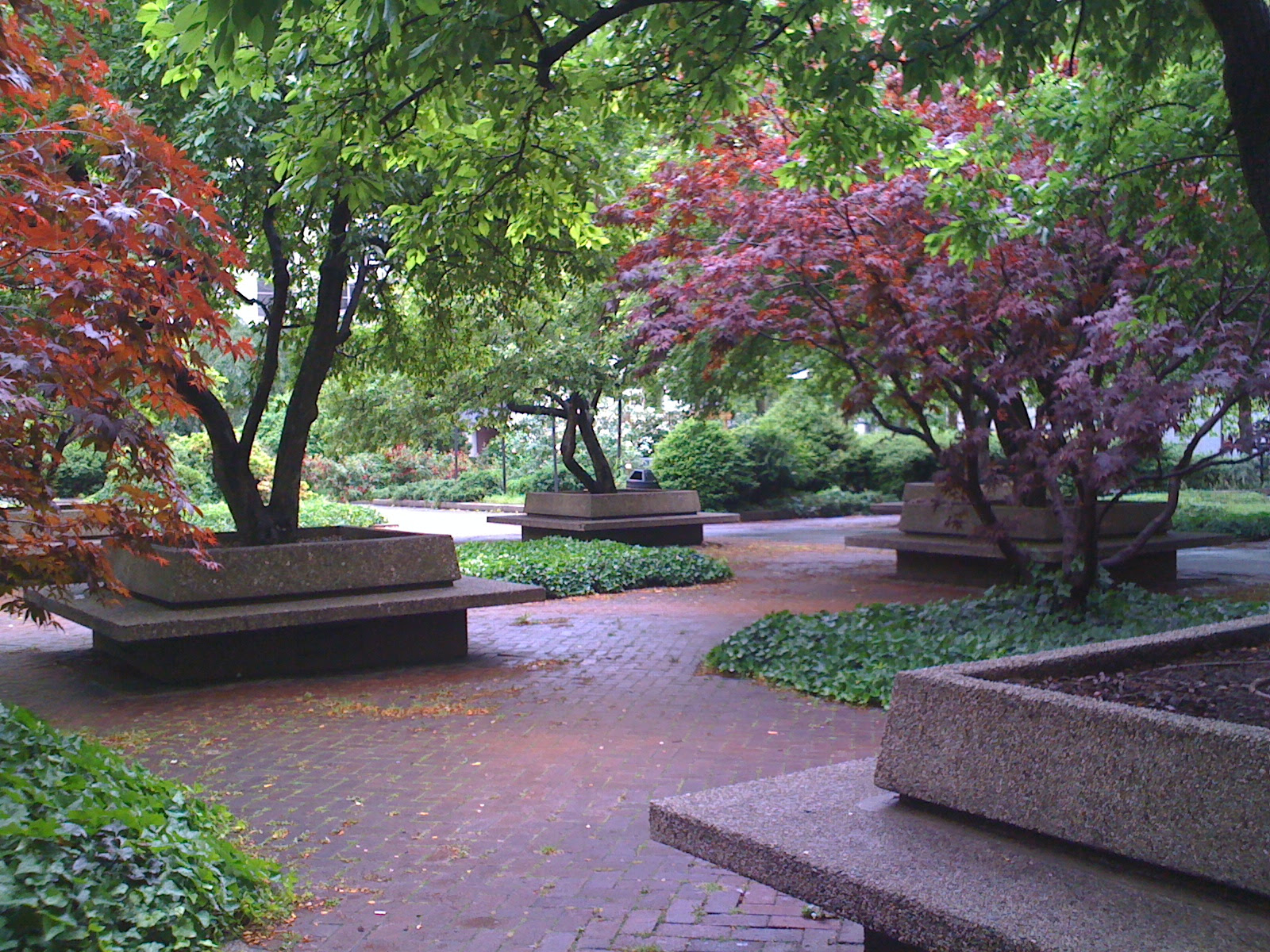 The description of the WSV courtyard as vast is misleading.  The Merriam-Webster online dictionary defines vast as "very great in size, amount, degree, intensity, or especially in extent or range."  Central Park is a vast greenspace at 843 acres.  Washington Square Park is big at 9.75 acres.  The Sasaki Garden is 1.5 acres.  I think (do not quote this figure) the playground is 11,700 square feet (less than 0.3 acres). The existing playground is approximately 21,000 square feet.*  Despite their sizes, the garden and playground are essential greenspaces in the block and the neighborhood.  The university's most recent proposal (March 2011 illustration) for this block represents a significant reduction in total green, open space between the buildings of Washington Square Village.