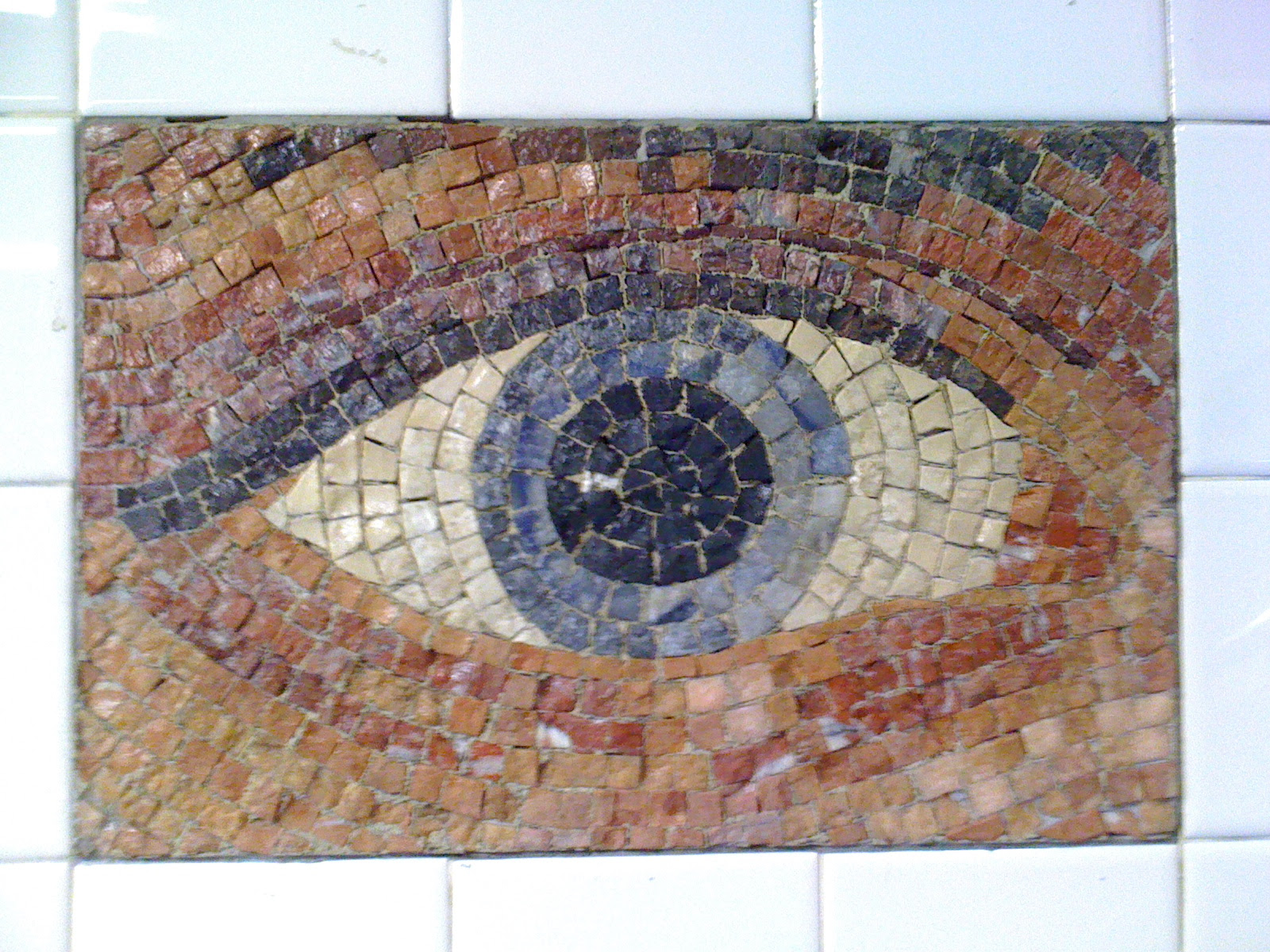 Have you spotted these ocular friezes?  Let us know the line and station. 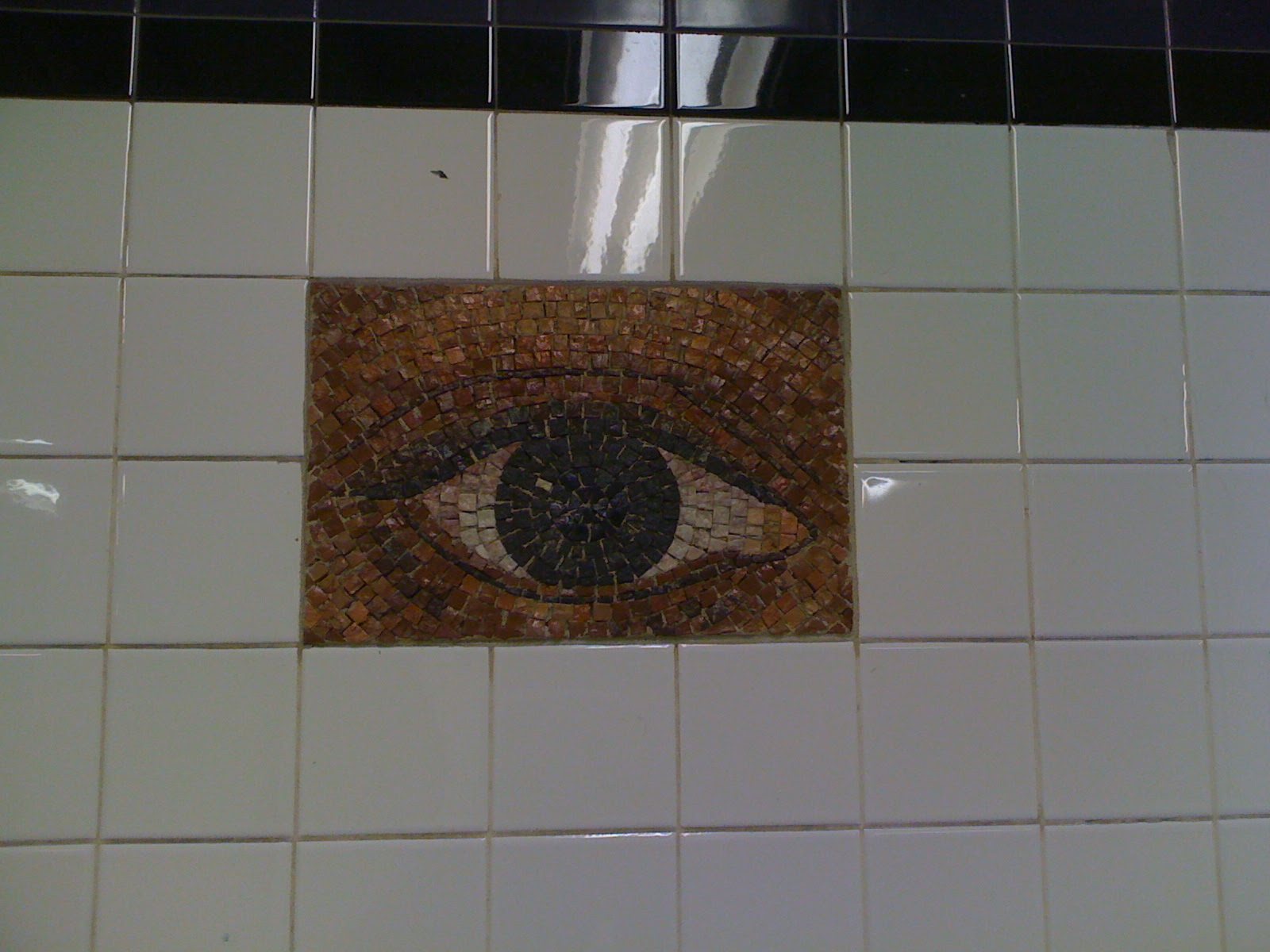 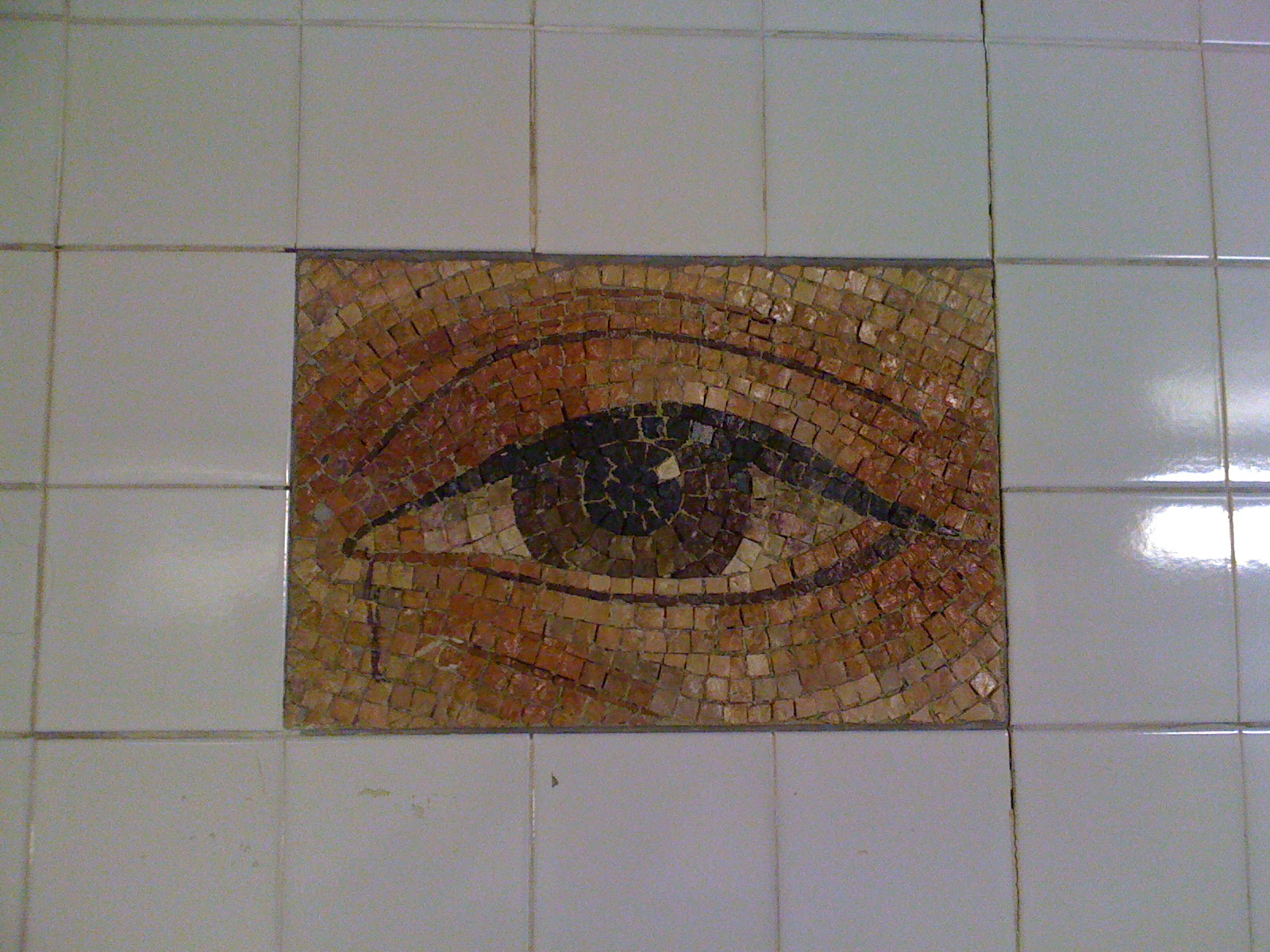 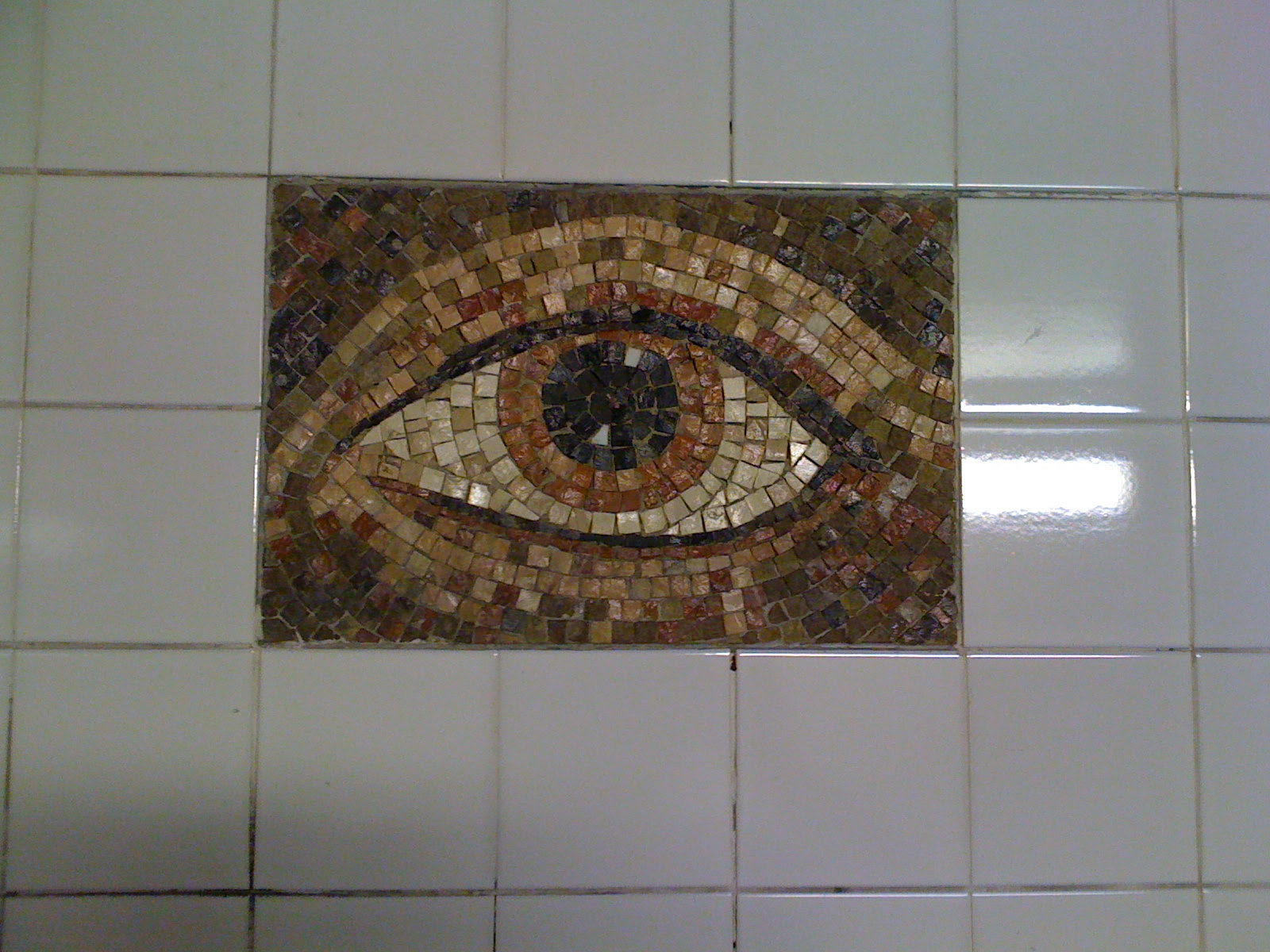 Update, 7/13/2011: These mosaics were photographed at the Chambers Street (World Trade Center) A/C/E station.  Appropriately named Oculus, the mosaics, created by Kristin Jones and Andrew Ginzel in 1998, are based on "the eyes of three hundred individual New Yorkers translated from a photographic study" by the artists, according to nycsubway.org.  Learn more about the artists at http://www.jonesginzel.com.  Stay tuned for Series No. 5.