August 08, 2011
Many of our leisure trips have provided content for blog posts.  Several years ago, during a trip to Cleveland, I picked up a copy of Pop Up City, Urban Infill No. Two (2009) edited by the Cleveland Urban Design Collaborative at Kent State University. 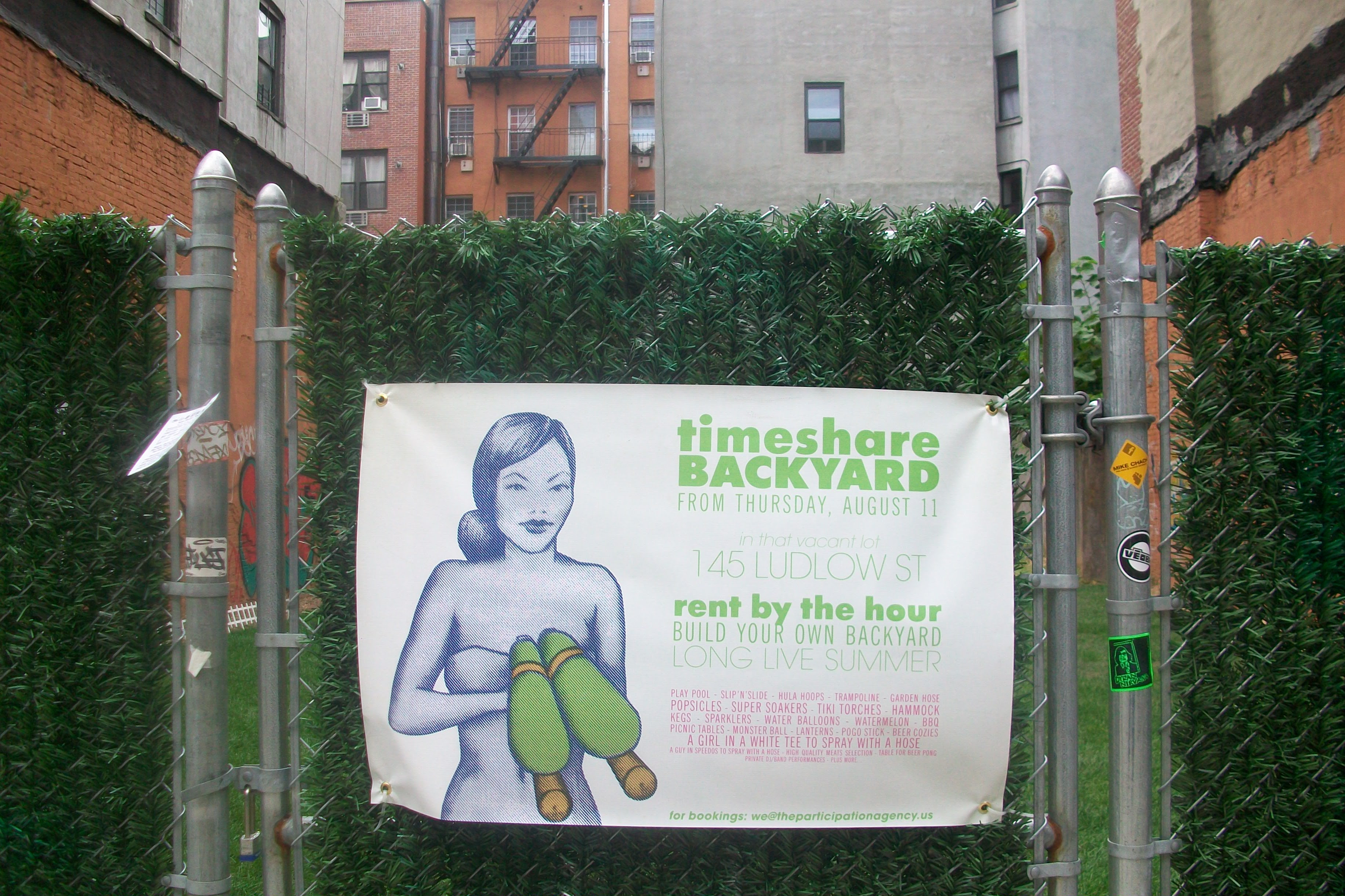 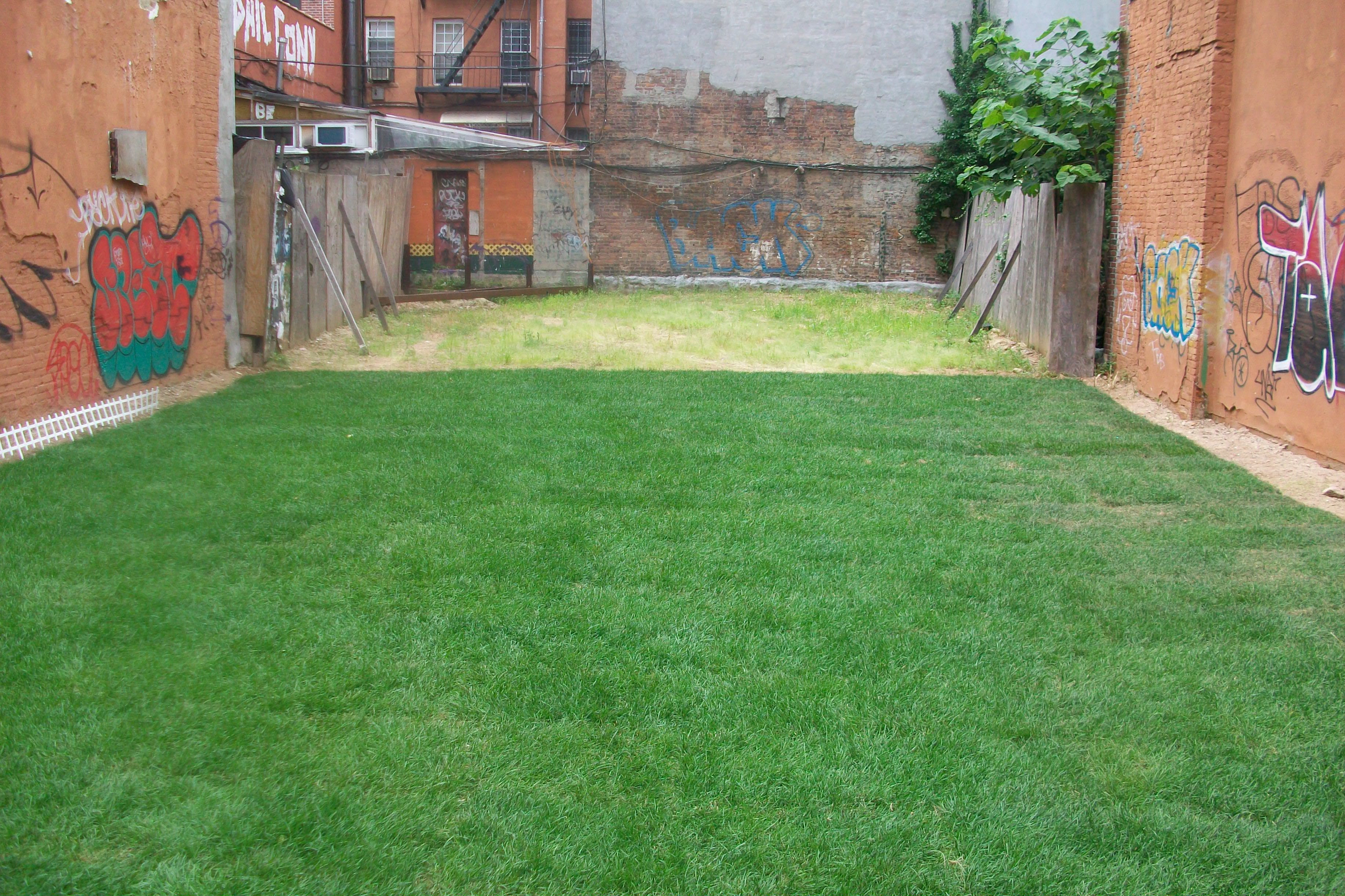 Coincidentally I read through the book again last week which was also when I saw Timeshare Backyard - a rent- and create-your-own-backyard on the vacant lot at 145 Ludlow Street - and visited the BMW Guggenheim Lab - "part urban think tank, part community center and public gathering space" on previously inaccessible park land (and a vacant building lot?) on Houston and First Avenue. 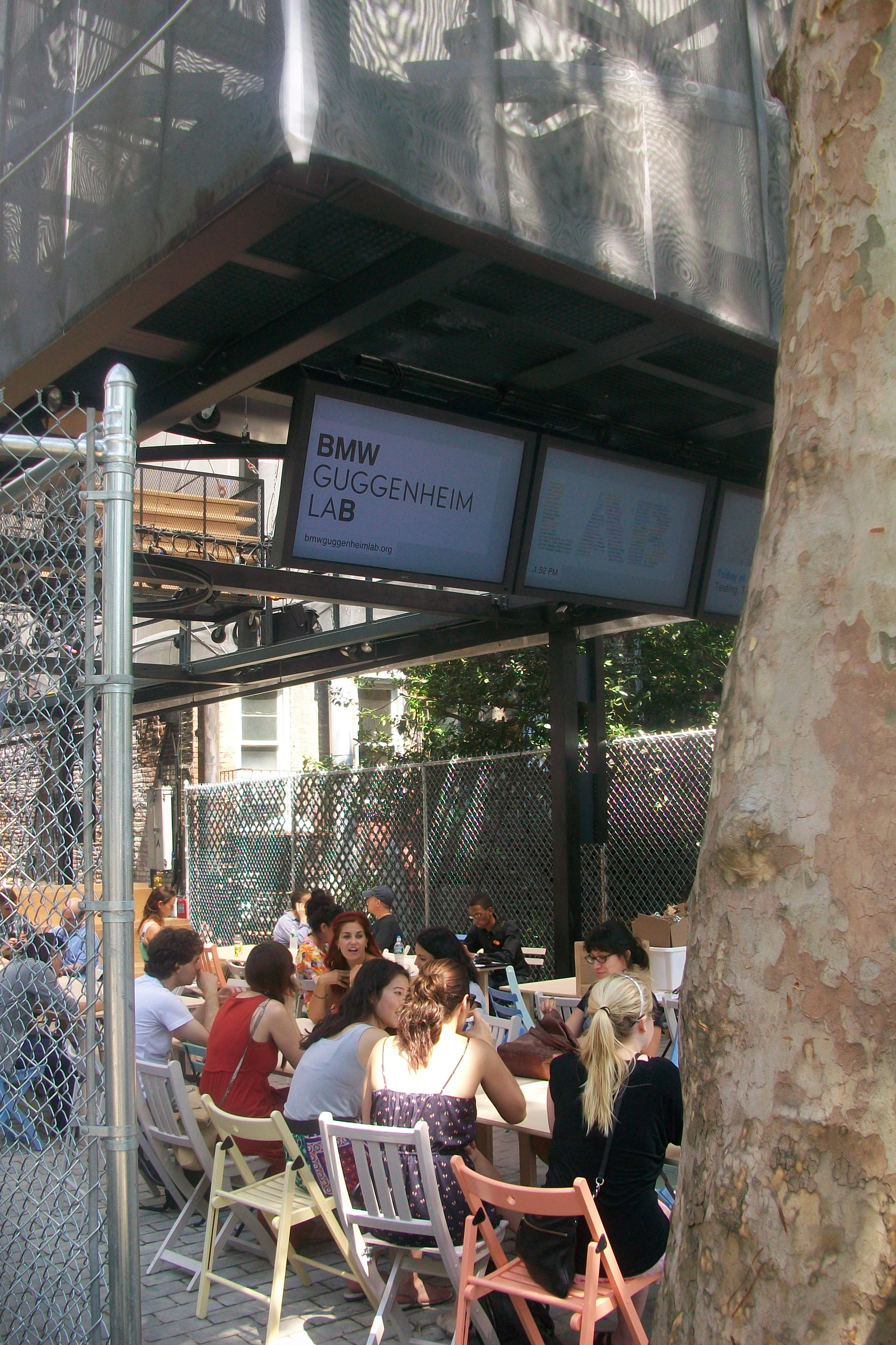 Pop Up City describes the "pop up" phenomenon as follows:


Temporary uses are unplanned, but they are present in every larger city.  Often, they play an important role in a city's public and cultural life as well as in its urban development, but they have thus far been almost completely ignored in official policymaking and city planning circles....What is traditionally regarded as a failure on the part city planners and real estate developers not infrequently represents an opportunity and a resource when seen from the perspective of other actors. 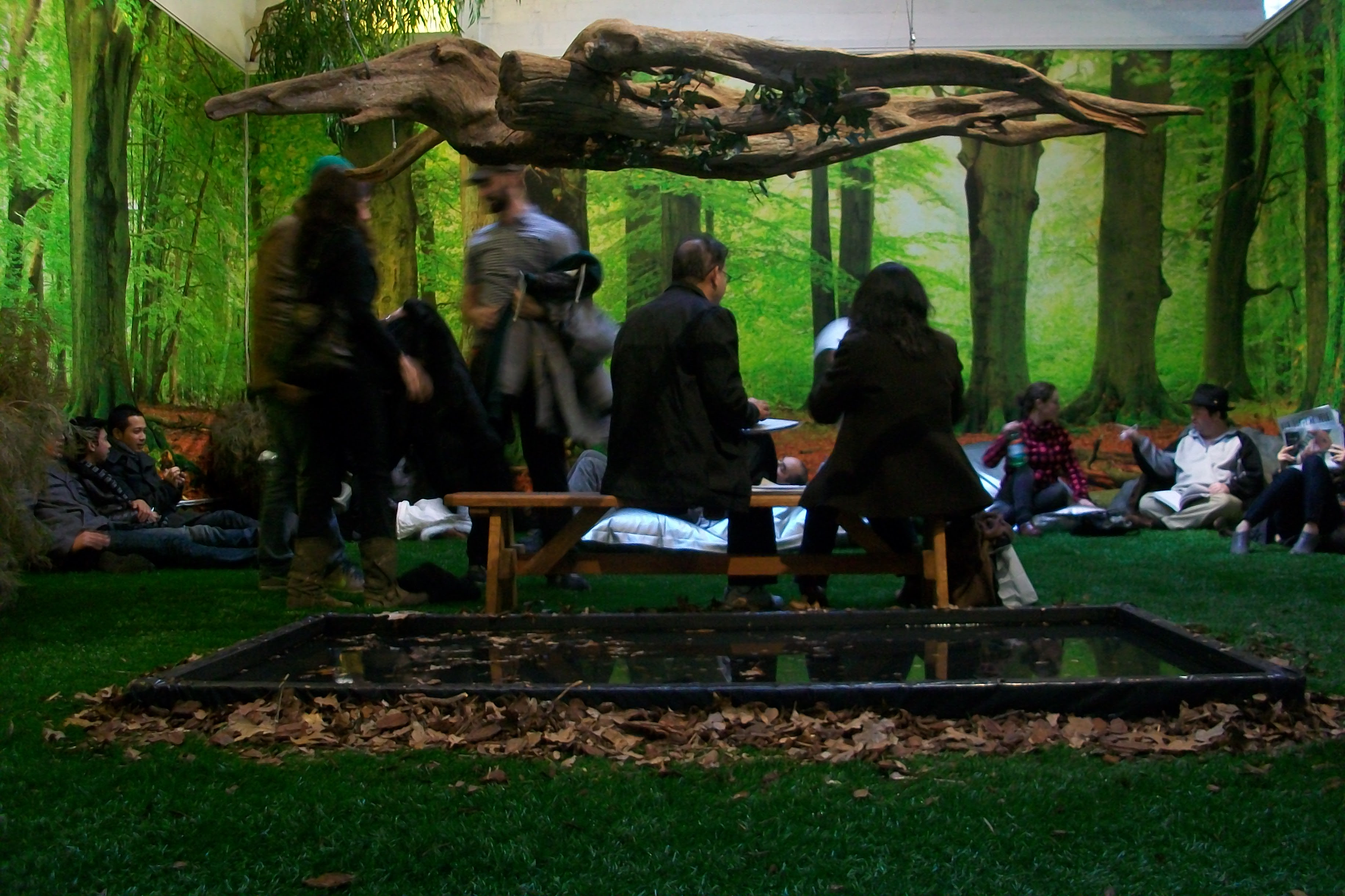 The polished, high-style pop-ups featured in this post do not resemble the ones presented in Kent State's report, with the exception of Timeshare Backyard.  Also, pop-ups are not limited to outdoor spaces.  Winter 2010-2011 saw the arrival of Openhouse Gallery's indoor park, Park Here.  The gallery is "home to New York’s most dynamic pop ups and experiential marketing." 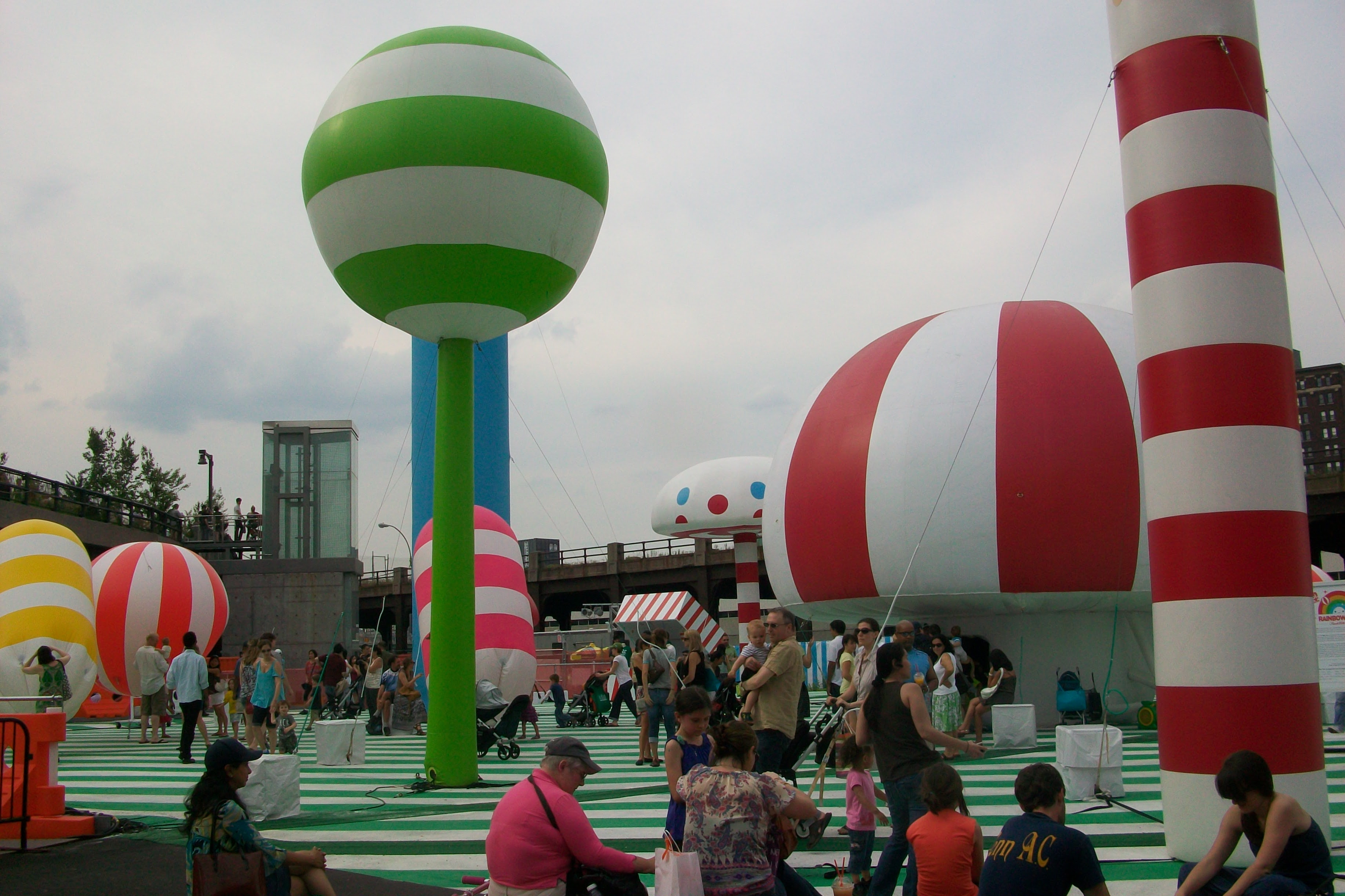 The terminus of the High Line hosted a balloon playground called Rainbow City.  Youngster and I played there with friends after walking the park.  Rainbow City closed in July and OpenHouse is hosting a new pop-up.  Timeshare Backyard is a summer event and the GuggLab closes its New York run in mid-October.

Let us know what is popping up in New York's other boroughs and in your city!