The heirloom apples of the Rose Kennedy Greenway

September 27, 2011
One of the things I like about Boston is the maturing Rose Kennedy Greenway that replaced the elevated "Central Artery" highway in Boston.  Growing on the greenway is a pair of heirloom Malus 'Golden Russet' apples planted by the Boston Tree Party project.  Each participating community in the project "has committed to planting and caring for a pair of heirloom apple trees. Together, these trees form a decentralized public urban orchard that symbolizes a commitment to the environmental health of our city, the vitality and interconnectedness of our communities, and the wellbeing of the next generation (emphasis in the original)." 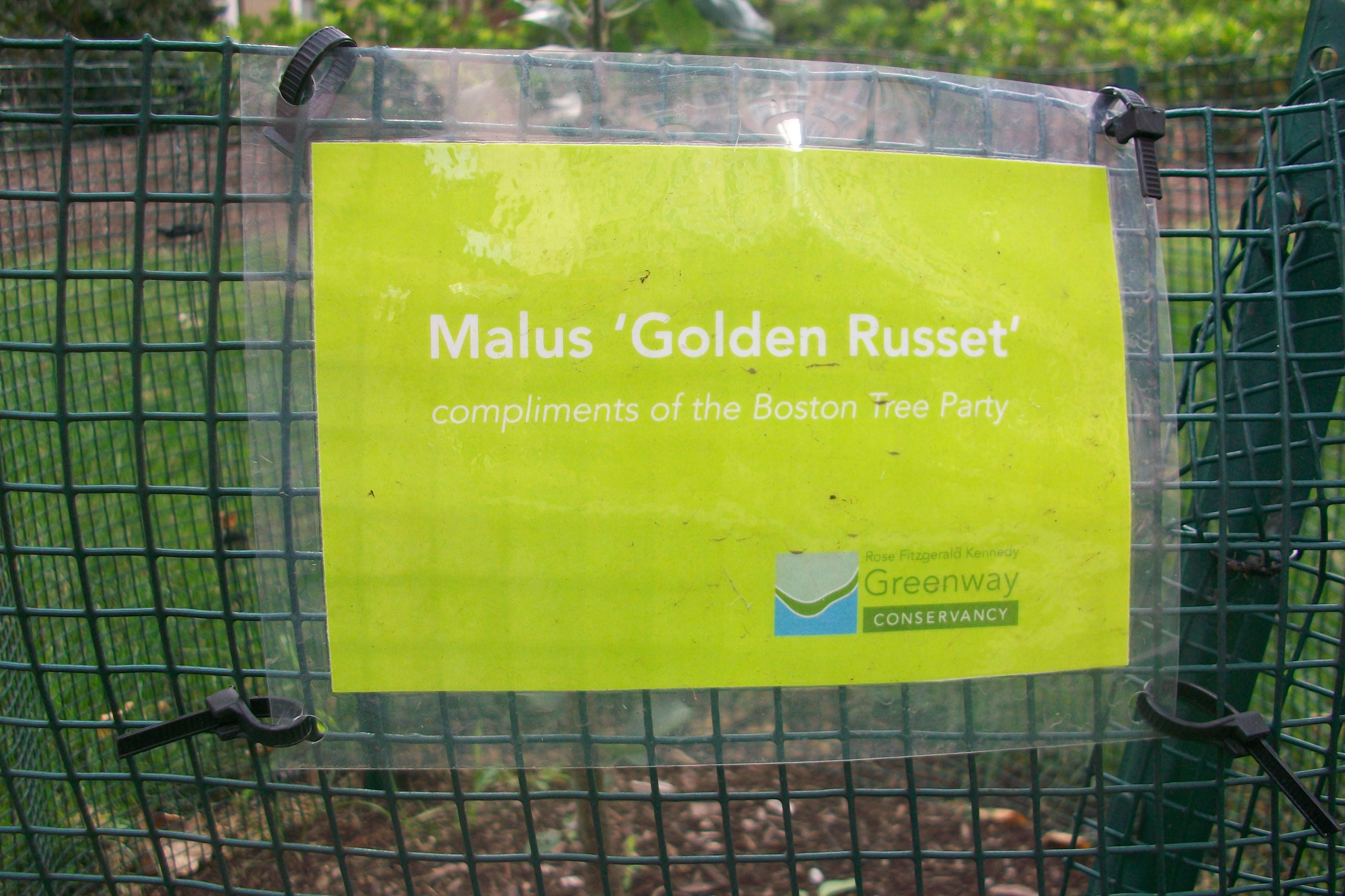 Boston neighborhoods like Dorchester, Roxbury, and even Beacon Hill historically supported orchards.  However, I was struck by the choice of heirloom apple trees   I am reading Ina Lipkowitz's Word to Eat By about the social history of five food words (apple, leek, milk, meat and bread) and why we call some foods by their Germanic names and others by their French and Latin names.  She argues that our comfort, at-home, folk, mythological and religious foods tend to retain their Germanic names while we apply Latin and French names to foods we eat outside the home and to food science and technology.

Among Lipkowitz's thought-provoking observations is one about the naturalness of heirloom apples. Here I quote her at length:


... [A] grassroots movement has arisen that's been winning more and more adherents who seek to overthrow the pomological tyranny of our supermarkets and return to the way things used to be, when an almost inconceivable variety of apples were harvested by hand after long lazy days in the sun--rather than exposure to ethylene gas--had brought them to the perfect pitch of ripeness....And yet the irony is that no matter how heirloom they are, such old-fashioned apples are nonetheless still the engineered products that have resulted from the grafting that dates back to the Romans, the Greeks, and ultimately, the Chinese.  If all human intervention were suddenly to come to and end and our carefully tended orchards left to fend for themselves, apples we have know them since the days of antiquity would gradually revert to their natural state and become wild Malus sieversii once more, the sour little things indigenous to the Eurasian steppes where those ancient Proto-Indo-European peoples once called them abel....However much we may claim today to prefer "all-natural" foods, as no Roman ever would have, we still want the sweetness that ancient horticultural expertise bequeathed to us.  In short, we want our apples but, contradictory creatures that we are, we want to eat them too.

If The Boston Tree Party is seeking environmental and social improvement, the heirloom apple, which emerged via careful and consistent human intervention, seems an apt symbol.  What do think? And what do you eat: heirloom apples or the usual Macs and Granny Smiths?