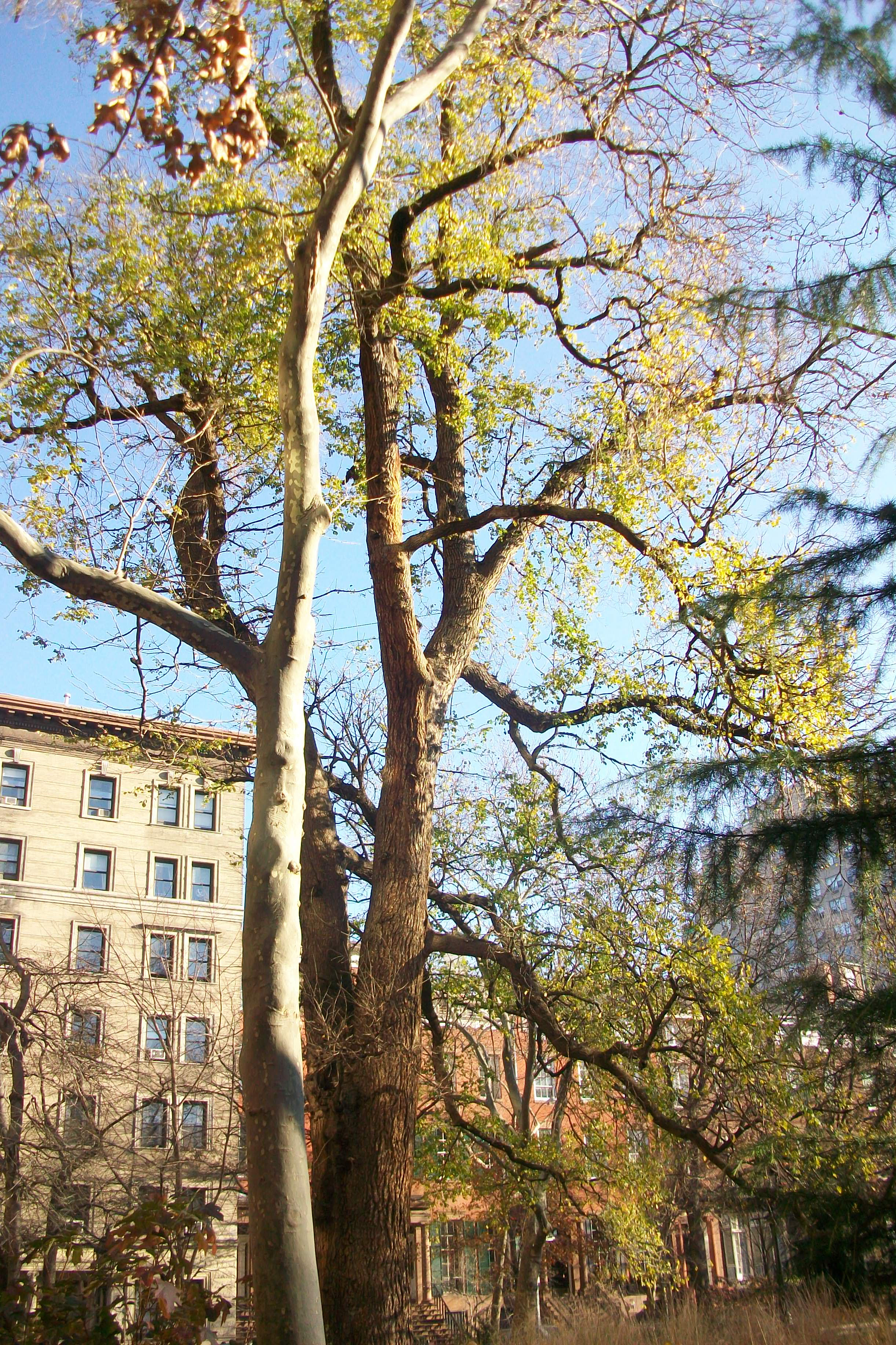 The English elm is still in leaf as of December 12. The Tree Year is winding down with only 11 days remaining in the year.  This is our final post about the English elm in Washington Square Park for the Tree Year project.  We would like to leave you with this amazing information about the species from a research abstract by Gil et al., 2004:


The outbreak of Dutch elm disease in the 1970s ravaged European elm populations, killing more than 25 million trees in Britain alone; the greatest impact was on Ulmus procera, otherwise known as the English elm. Here we use molecular and historical information to show that this elm derives from a single clone that the Romans transported from Italy to the Iberian peninsula, and from there to Britain, for the purpose of supporting and training vines. Its highly efficient vegetative reproduction and its inability to set seeds have preserved this clone unaltered for 2,000 years as the core of the English elm population — and the preponderance of this susceptible variety may have favoured a rapid spread of the disease.