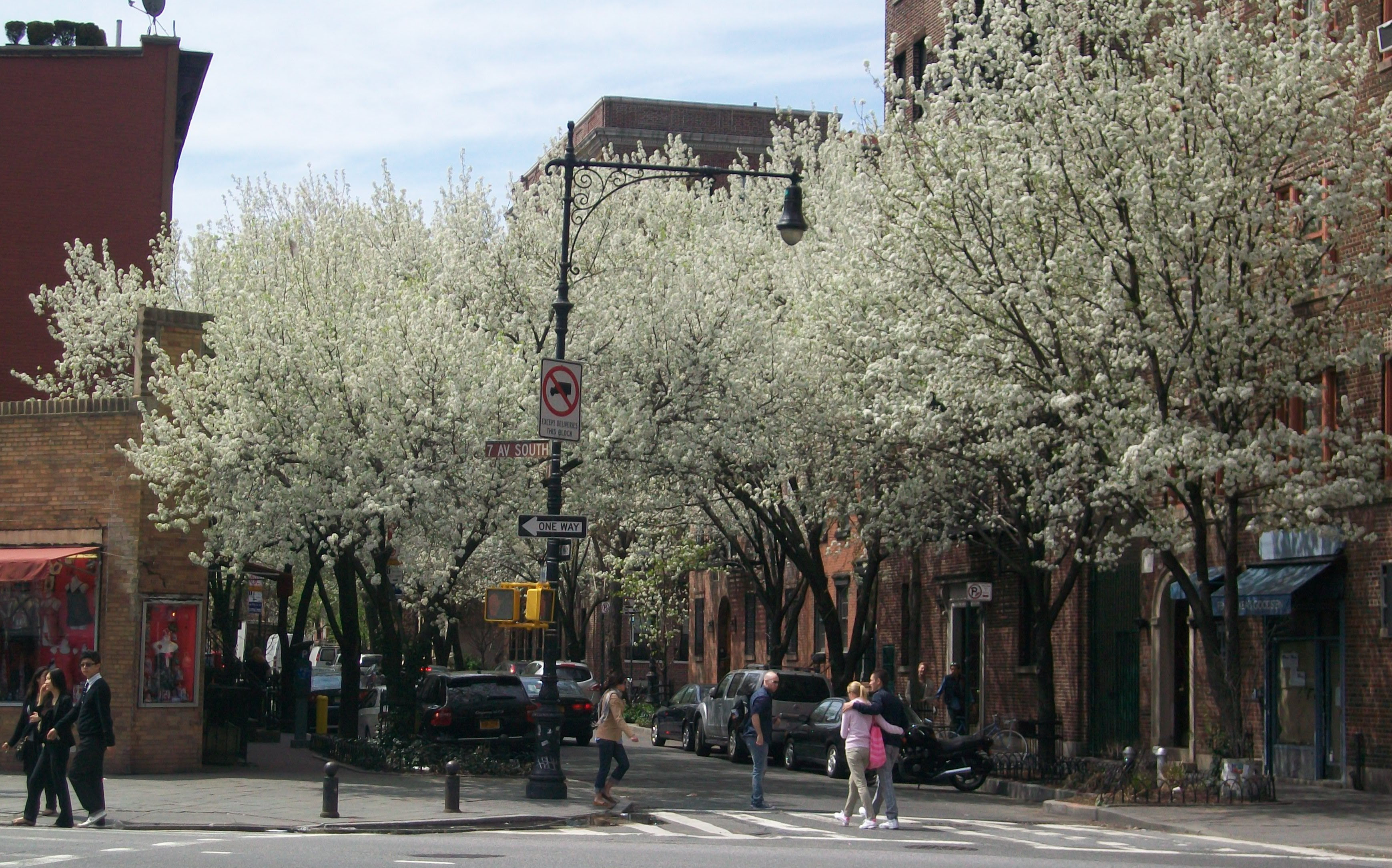 Early cultivars of Callery pear (Pyrus calleryana), for example 'Bradford,' perform poorly in inclement weather (ice and wind) as they age.  Its reported inferior branching habit composed of many vertical stems weaken over time and cannot withstand heavy loading from ice and wind.  In contrast to the 'Bradford' is the 'Cleveland Select' aka 'Chanticleer' which was selected as the 2005 Urban Tree of the Year by the Society of Municipal Arborists.

What the 'Bradford' and preferred cultivars of the species have in their favor are showy spring flowers and brilliant fall color.  And for the wildlife enthusiasts among us, its fruit is a food source for birds.  A description of the flowers from the Central Park Conservancy:


A profusion of beautiful white flowers, each 1/2 to 3/4 inch in diameter, growing in clusters measuring 2 to 4 inches across, appearing before or with the leaves.

The leaves exhibit a range of colors: yellow, orange, red, purple. Callery pear is reportedly one of the first trees to flower in the spring.  If the tree is growing in Chicago, its fall color can last 10 to 21 days and into December in the absence of a frost, according to the Morton Arboretum.  The photograph of the Callery pears, pictured above, was taken on November 29, 2011 in Manhattan.