All is not peachy for Quercus phellos 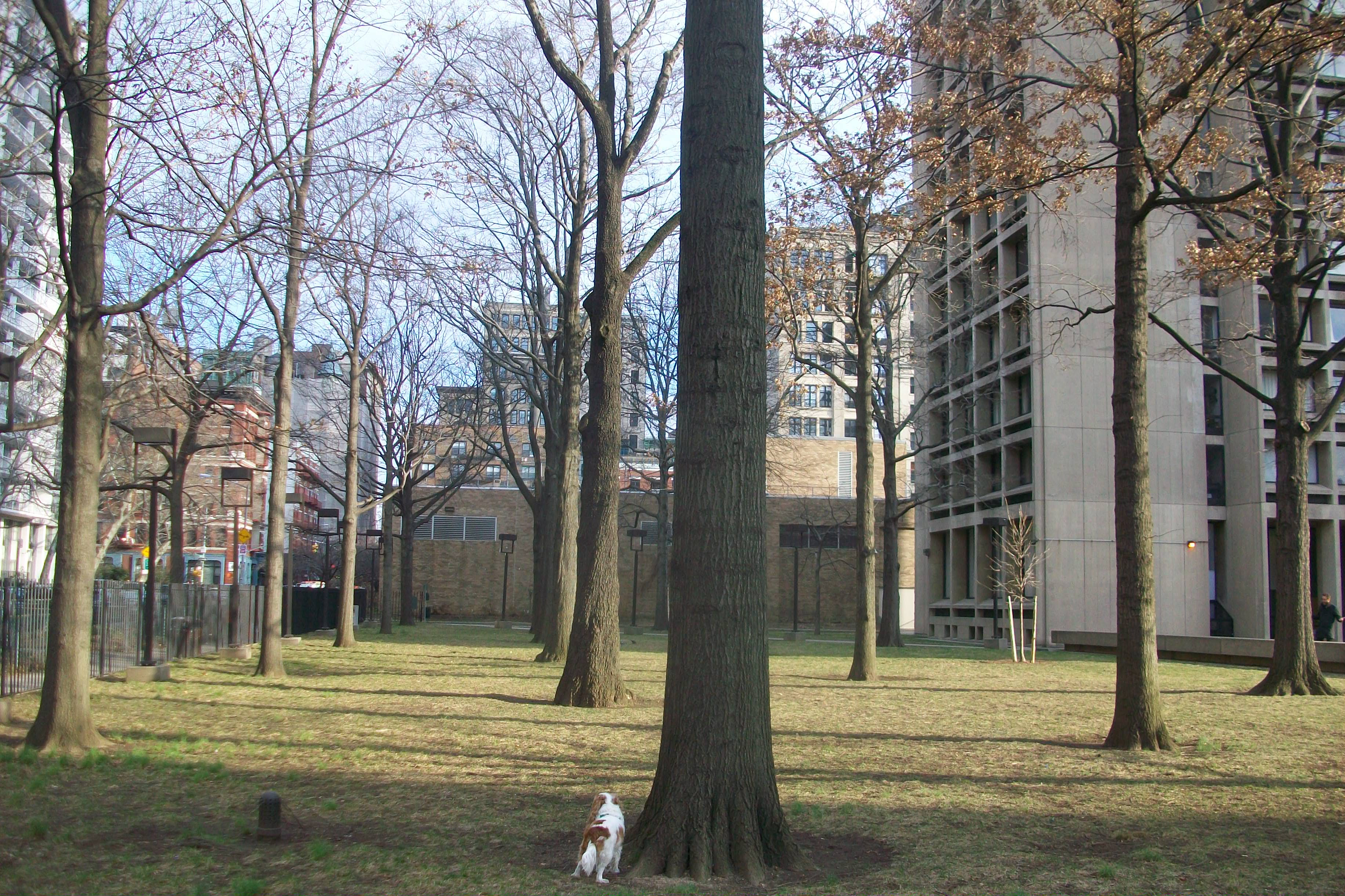 The grove of oaks on Bleecker Street between LaGuardia Place and Mercer Street have always fascinated us.  They are growing in a lawn beloved by playing children, relaxing mothers, and squirrels and pigeons.  The ledge of the south side of the grove is well-used, too, by couples, sunbathers, and climbing children.  Most of the oaks in the grove are red oaks (Quercus rubra) but some are willow oaks.  In fact, there are six willow oaks (Q. phellos).  The species is also known as peach oak.  Two of the willow oaks are in poor condition: decaying tissue and mushrooms are visible.  Frequent mushroom associations are Pluteus mammillatus and Nigroporus vinosus. I cannot identify the mushroom in the photos below. Can you? 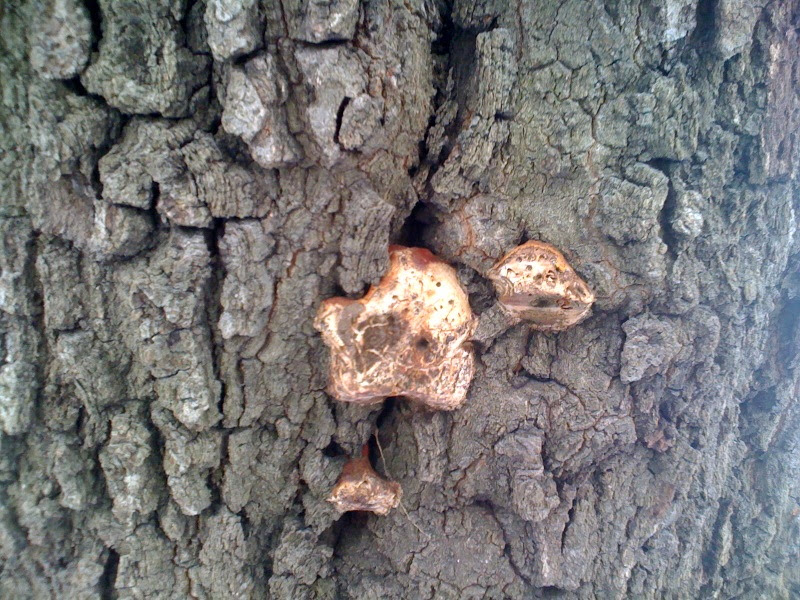 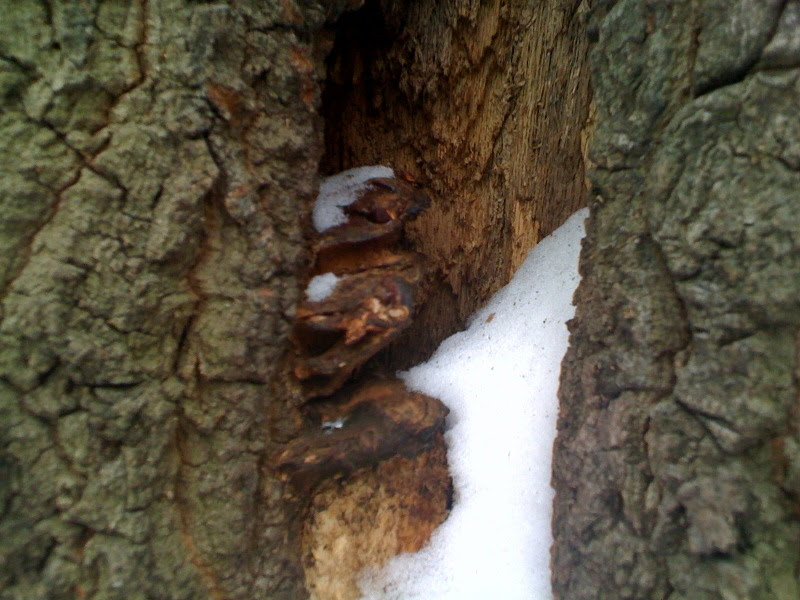 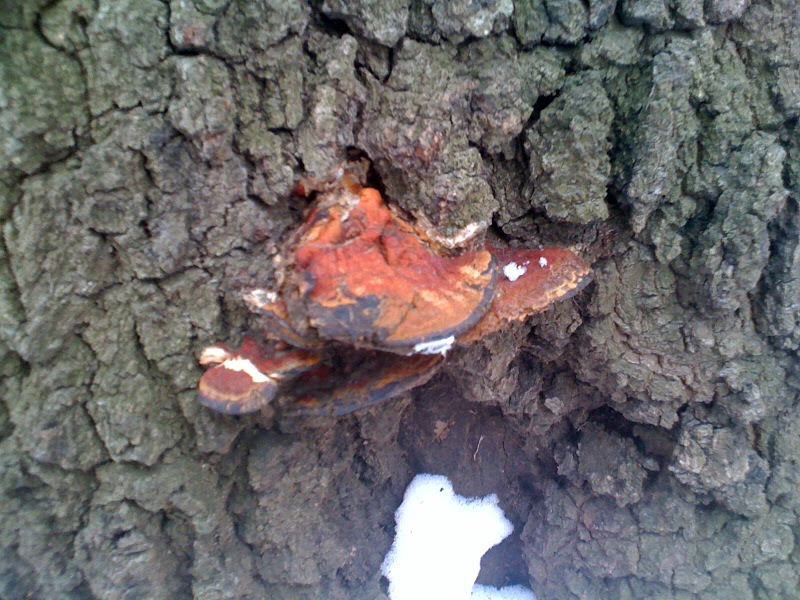 The willow oak is an S1 listed species under the New York Natural Heritage Program (NYNHP) which means it is "endangered/critically imperiled in New York because of extreme rarity (typically 5 or fewer populations or very few remaining individuals) or is extremely vulnerable to extirpation from New York due to biological factors", but only naturally occurring individuals or populations are considered.  The willow oaks  in the grove on Bleecker Street were planted.  If willow oaks sprouted in the Bleecker grove, would they listed as S1 plants by the NYNHP?  These oaks will be negatively impacted by the proposed NYU 20-year campus expansion plan though the university states in the NYU 2031 EIS (Chapters 6, 9) that it "would commit to a tree maintenance plan."  NYNHP states that the existing natural populations are stable but "could be eliminated at any time since none are protected." 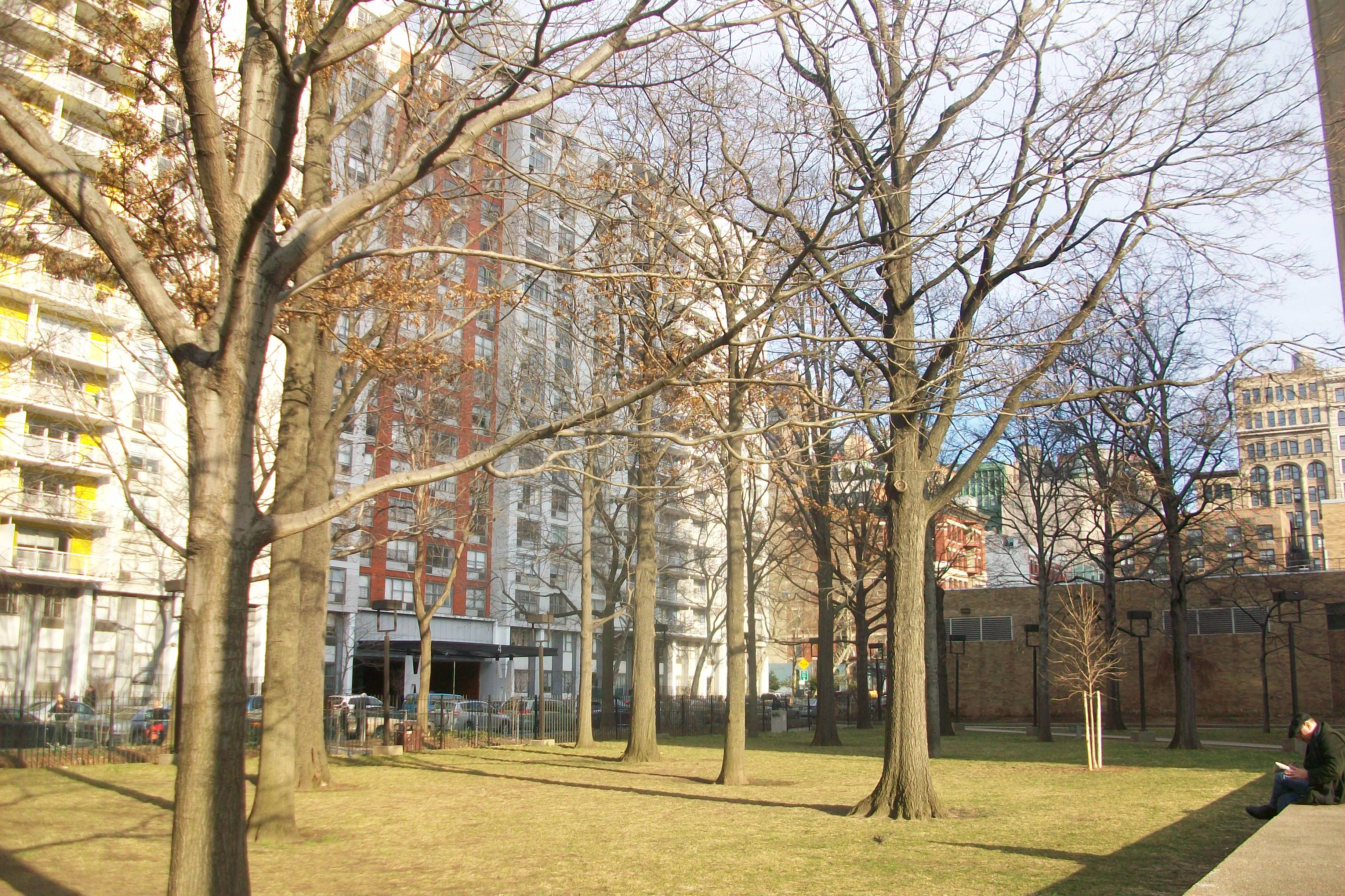 New York is the northern limit of the willow oak and within the state "there are five existing native populations, but except for one population of tens of trees, there are only a few trees in the other populations. There is one historical population on Long Island and one on Staten Island...."  The willow oak is a common street tree in New York City and can be found in parks, too.  In New York City Trees, Edward Sibley Barnard (2002) lists a park each in Brooklyn, Manhattan, Queens, and Staten Island were willow oak trees can be found.