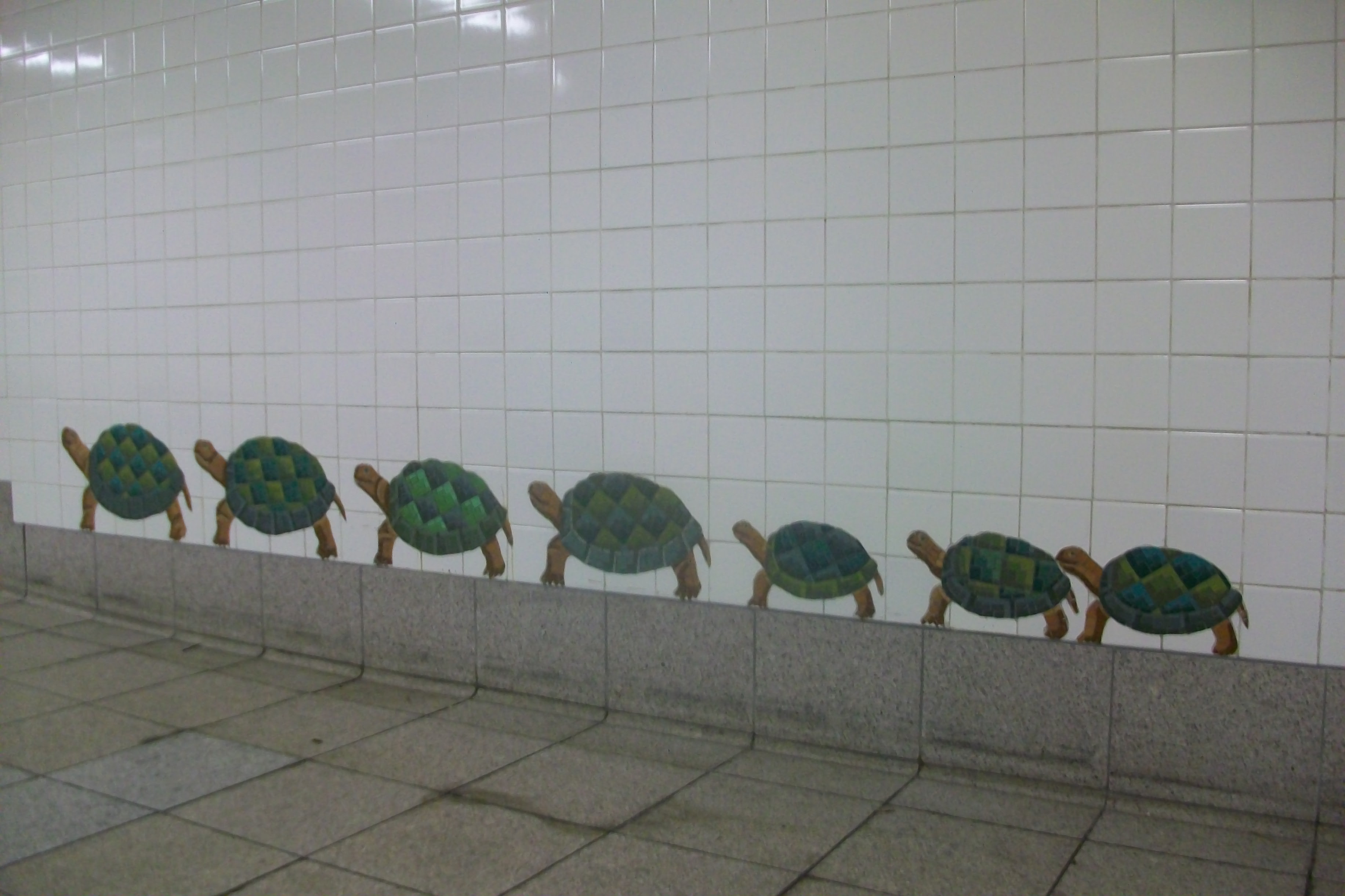 Wildlife in New York City is the subject of an essay by Traci Warkentin in the March 2012 issue of AAG Newsletter.  AAG (American Association of Geographers) held its annual conference in New York City last week. 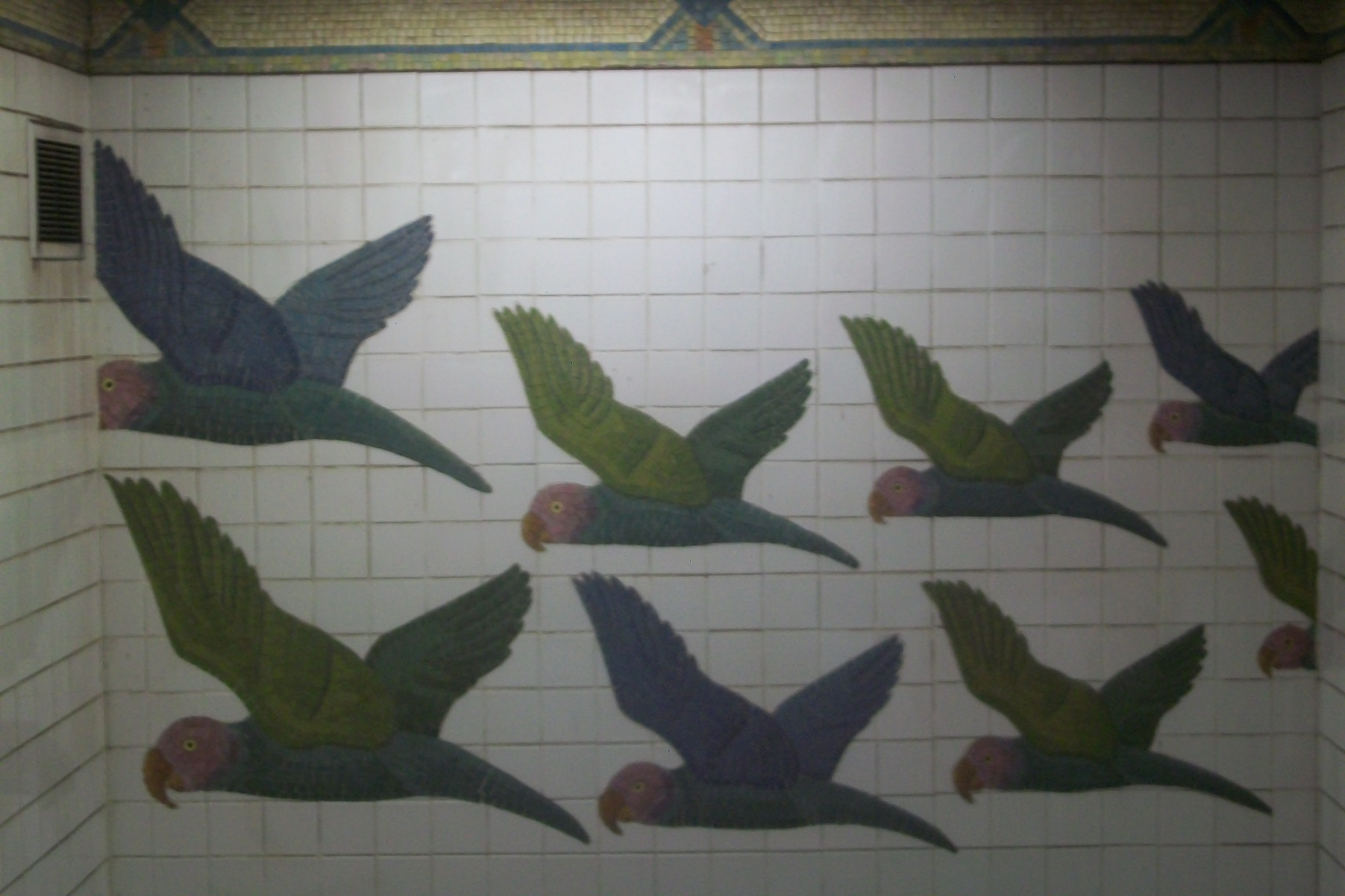 The specific geographic focus of Warkentin's article was Central Park and she writes, "At 843 acres, spanning from 59th to 110th Street, Central Park alone provides habitat for multitudes of animals and a wide diversity of species."  I learned that "over 275 species of migrating birds" use the park as a stopover; rats, raccoons, piegons, geese are common; and owls, herons, bats, red-tailed hawks, rabbits, and turtle are less so.  Warkentin also mentions the unseen and rarely seen invertebrates, pollinators, detritivors, and decomposers.  The essay ends with a description of the Animal Geography Specialty Group of the AAG and its mission "to enhance geographic research and scholarship on matters relating to human-animal studies." 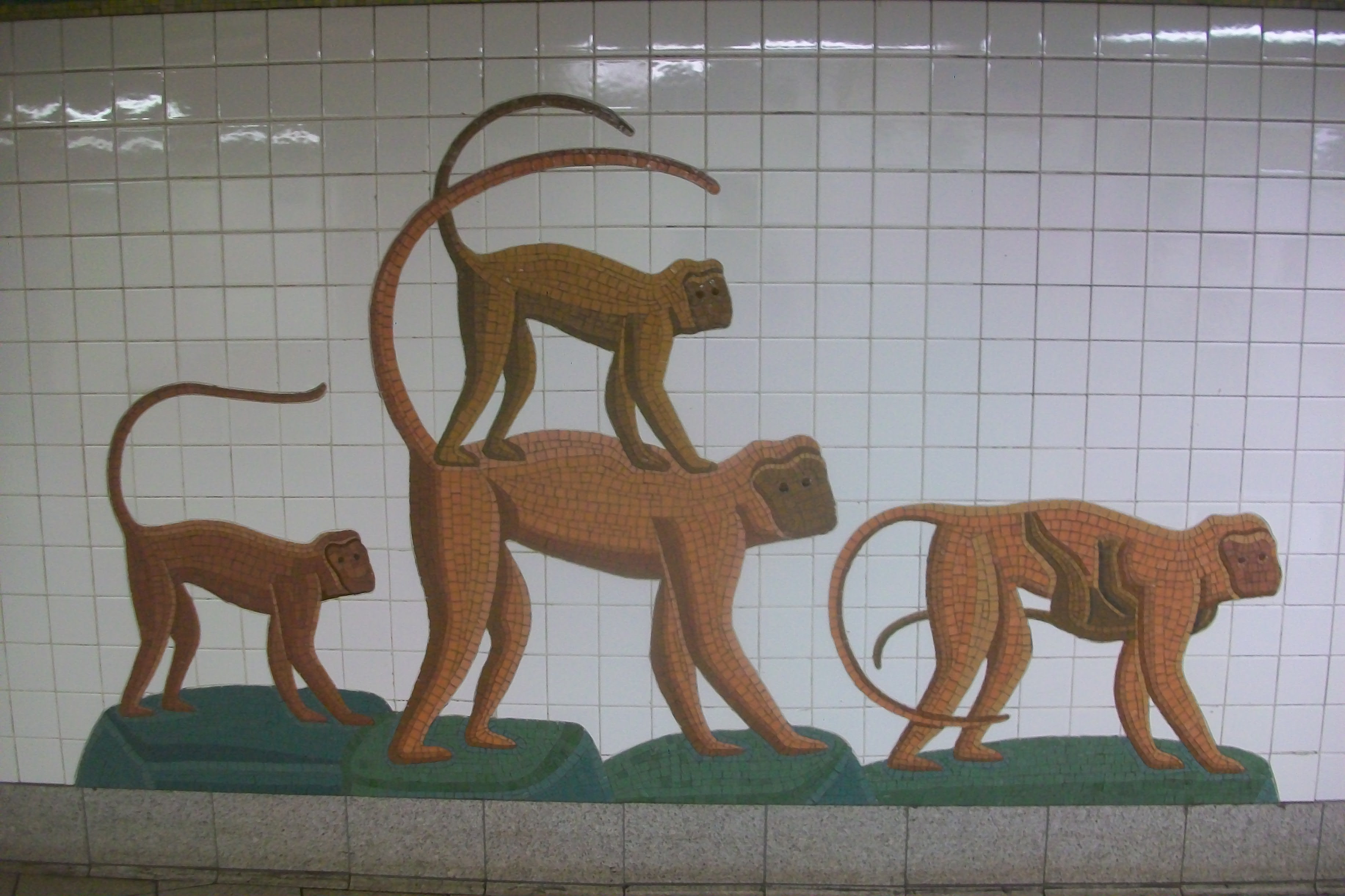 The N/R train stops at 5th Avenue and 59th Avenue adjacent to Central Park.  This station stop is decorated with glass tile mosaics of animals as well as of leaves of trees found in the park.  Knowing about the diversity of animals that inhabit and use the park, I am surprised that this diversity is not better represented in station's art.  (I do not know if other subway stations adjacent to the park have animal art.)  The reason I found is that the artist, Ann Schaumburger, designed "Urban Oasis" (1997) "to appeal to children and to the child in the adult"  and used animals at the Central Park Zoo as her models.

Central Park is famous for its non-captive animals such as the nesting pairs of red-tailed hawks (Palemale, Lola, etc.).  The hawks are the subject of children's book such as City Hawk (Meghan McCarthy) and The Tale of Pale Male (Jeanette Winter) as well as fiction such as Red-Tails in Love (Marie Winn).  Central Park in the Dark: More Mysteries of Urban Wildlife is Winn's second book.  Winn also maintains the Central Park Nature News blog; if you are interested in blogs about hawks in New York City, see Roger_Paw, Urban Hawks, and Washington Square Park Blog.