Building of the Day: 40 Bond 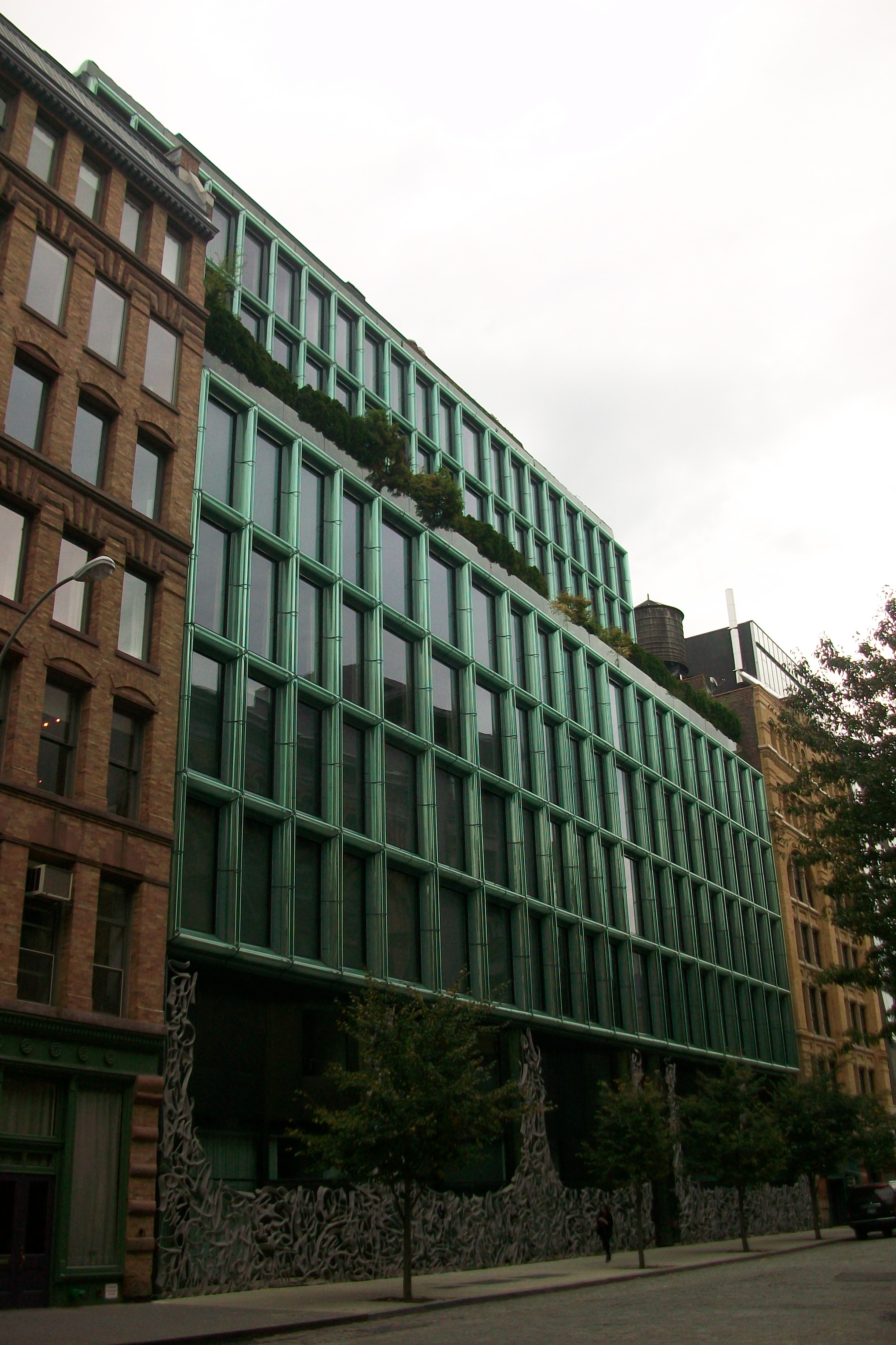 October is Architecture and Design Month in NYC or Archtober.  The AIA Center for Architecture is celebrating a building on each day of the month.  40 Bond was the Building of the Day on the 7th.  I am slow in showing it here and I won't feature all the buildings but stay tuned for the NYU Global Center for Academic and Spiritual Life (10/13), Xocolatti (10/20), and the Irish Hunger Memorial (10/26). 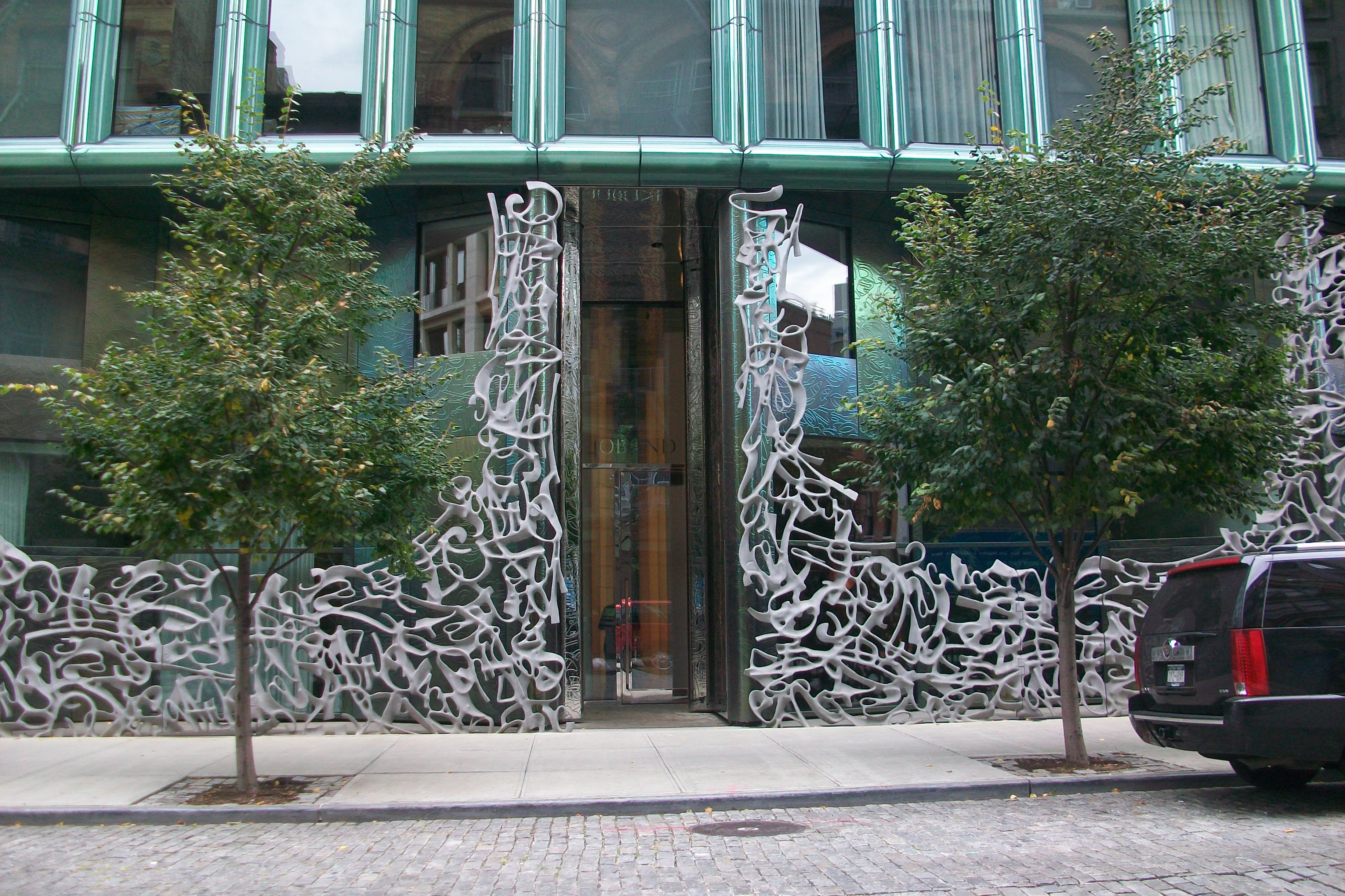 
Herzog says of 40 Bond Street: "We like radical positions and we try to offer them. The idea of gates came to us first. It gave us a signature, a scale and an individuality. The gates introduce the scale of the townhouses. The question was what kind of structure or grid or image would they have on them. We tested different things and most of them looked too traditional but we then came up with the idea of something very chaotic which we thought could be seen as coming from urban street culture, where graffiti is part of the landscape. So we took graffiti and manipulated it on the computer, the result is radical but it was a classical process of transformation."

The extraordinary building began with a copied sample of the work of an anonymous human hand, a “wild style” script created on the fly with the magic marker, and it transformed it into a building for the ages. 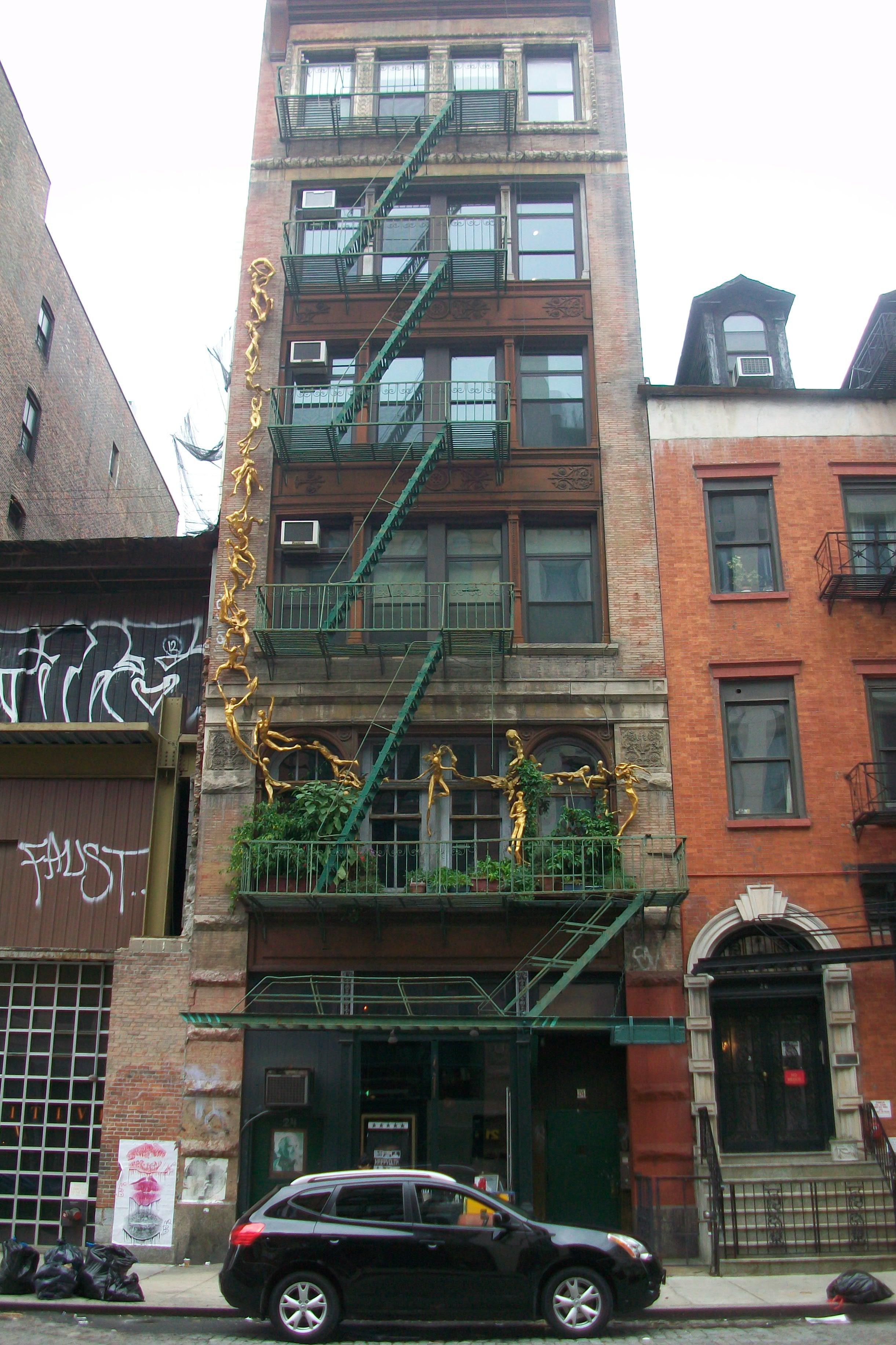 I like the building at 24 Bond Street; the facade is exuberantly decorated with a "dozen dancing statues, sculpted by Bruce Williams."