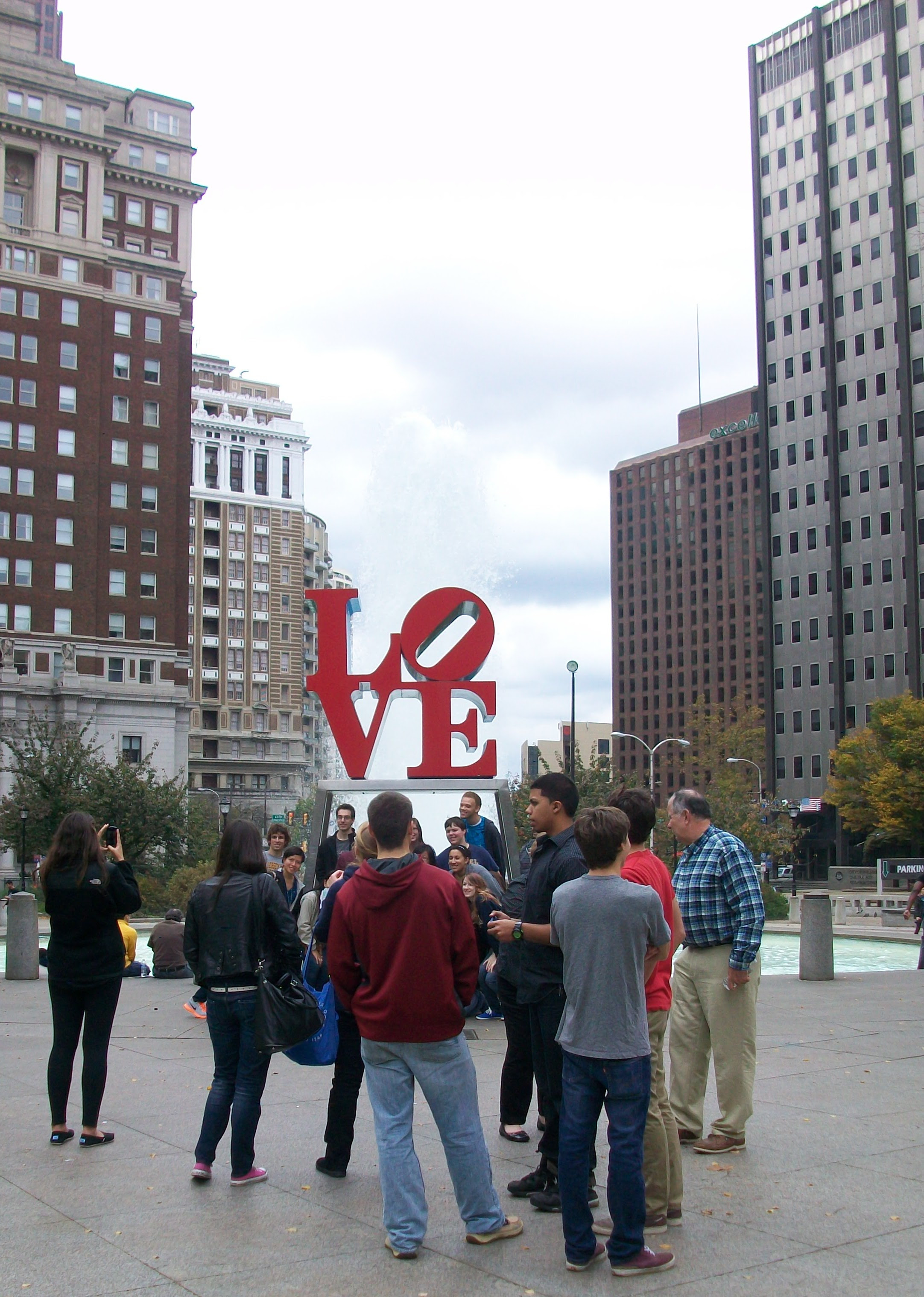 We returned to one of our favorite cities in October for a wedding and explored a different set of neighborhoods.  This recent trip confirmed five things I like about this city: historic architecture, public art, narrow streets, markets, and public transportation. On the last day of our trip, I noticed a multi-functional piece of public transportation infrastructure: a SEPTA subway entrance that doubled as a bus shelter.  I saw several of these on this route but do not know if this infrastructure is common throughout the city. 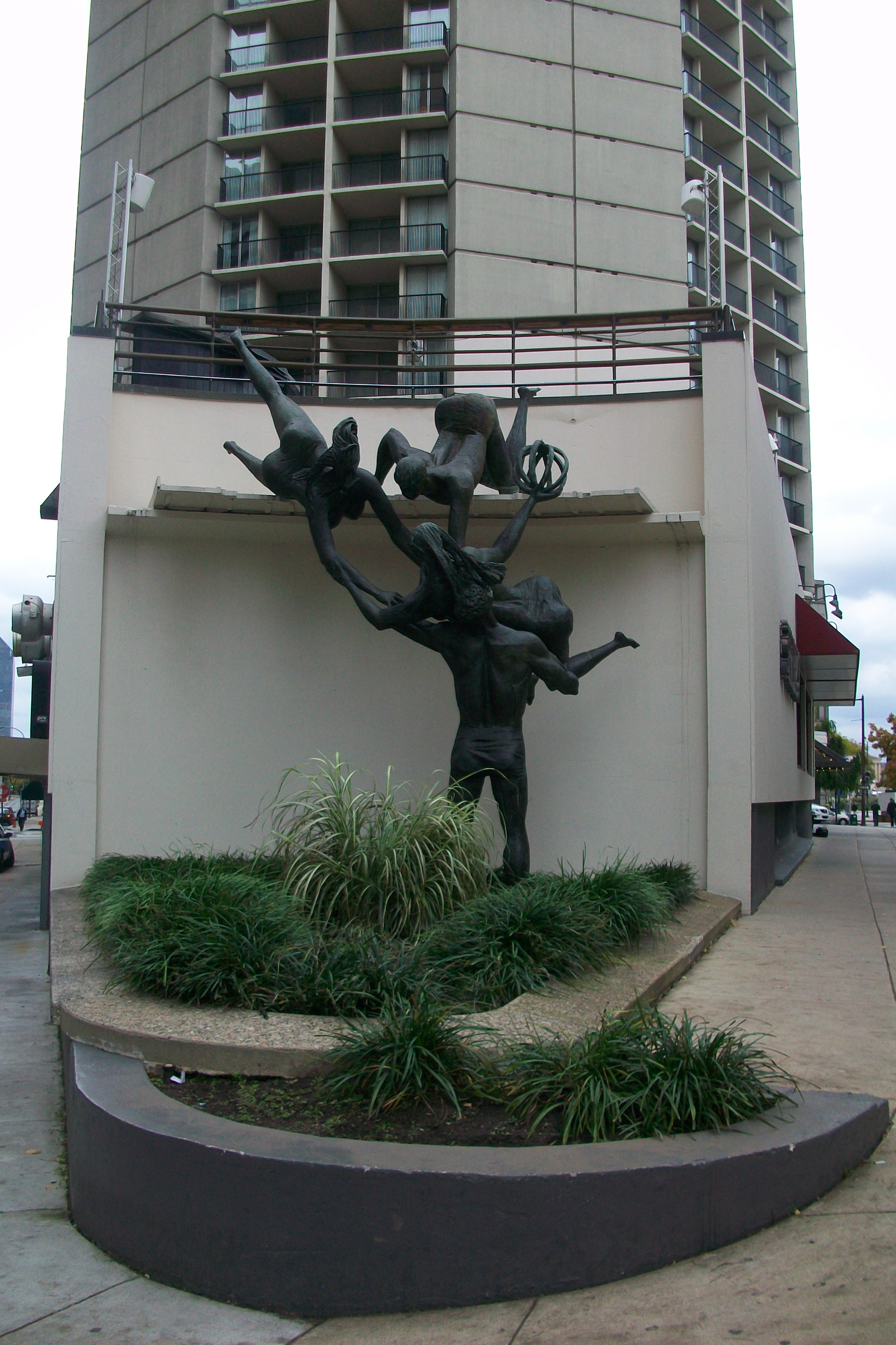 The LOVE sculpture on the John F. Kennedy Plaza by Robert Indiana, pictured at top, is one of numerous pieces of public art I saw along the Benjamin Franklin Parkway.  The sculpture, immediately above, was particularly striking.  The form is quite lively and it stands out against the nondescript building in the background. 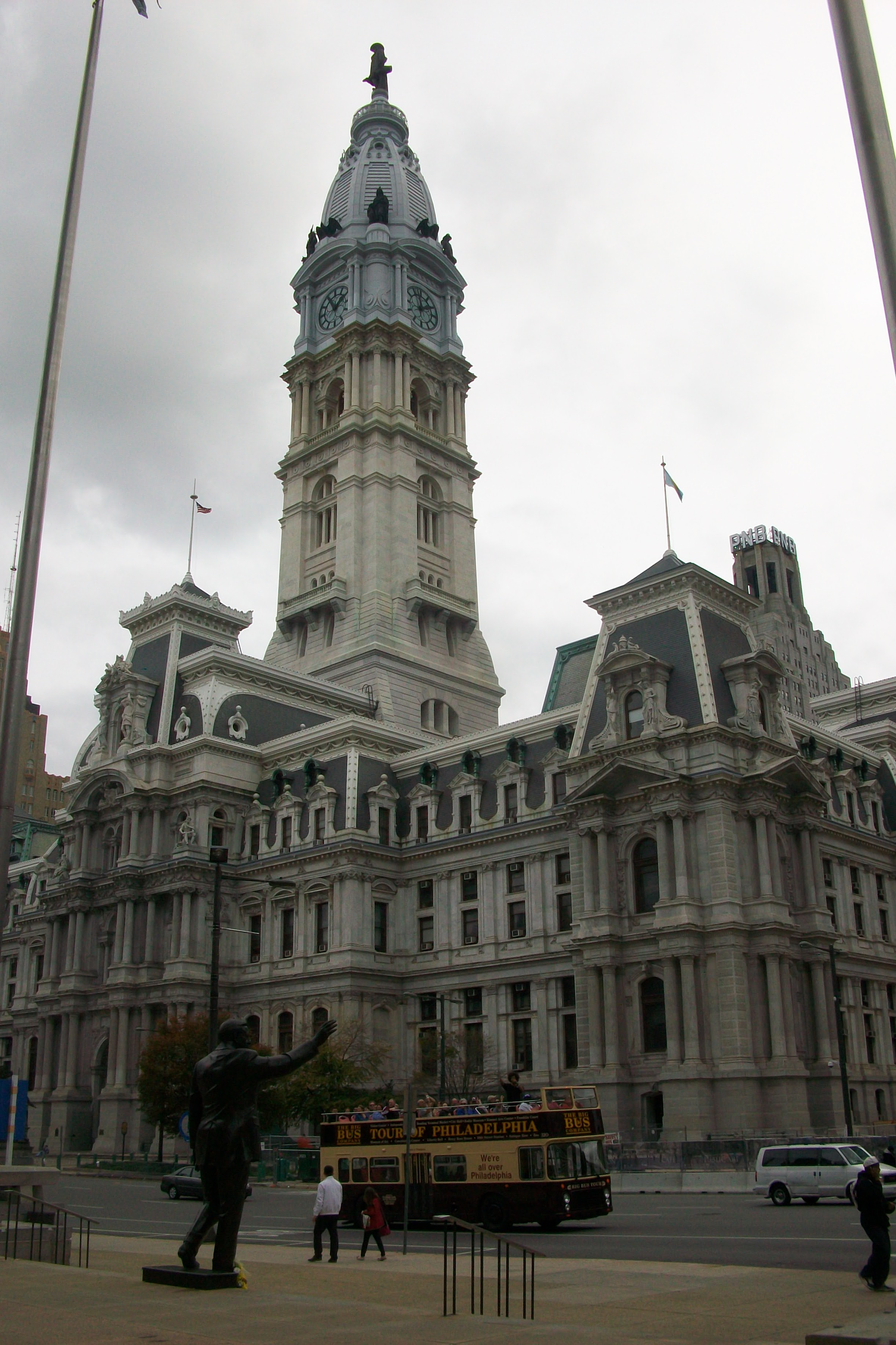 Like the Jersey City City Hall, the historic Philadelphia City Hall is actively used as the seat of municipal government. It was completed in 1901, designed by John McArthur, Jr., is the 16th tallest building in Philadelphia, and the statue of William Penn is hollow, according to the building's Wikipedia entry.


I did not visit the Rittenhouse Square Market this time but I went back to Reading Terminal where I ate really good local cheese one day and on another, drank an excellent cappuccino from Old City Coffee. 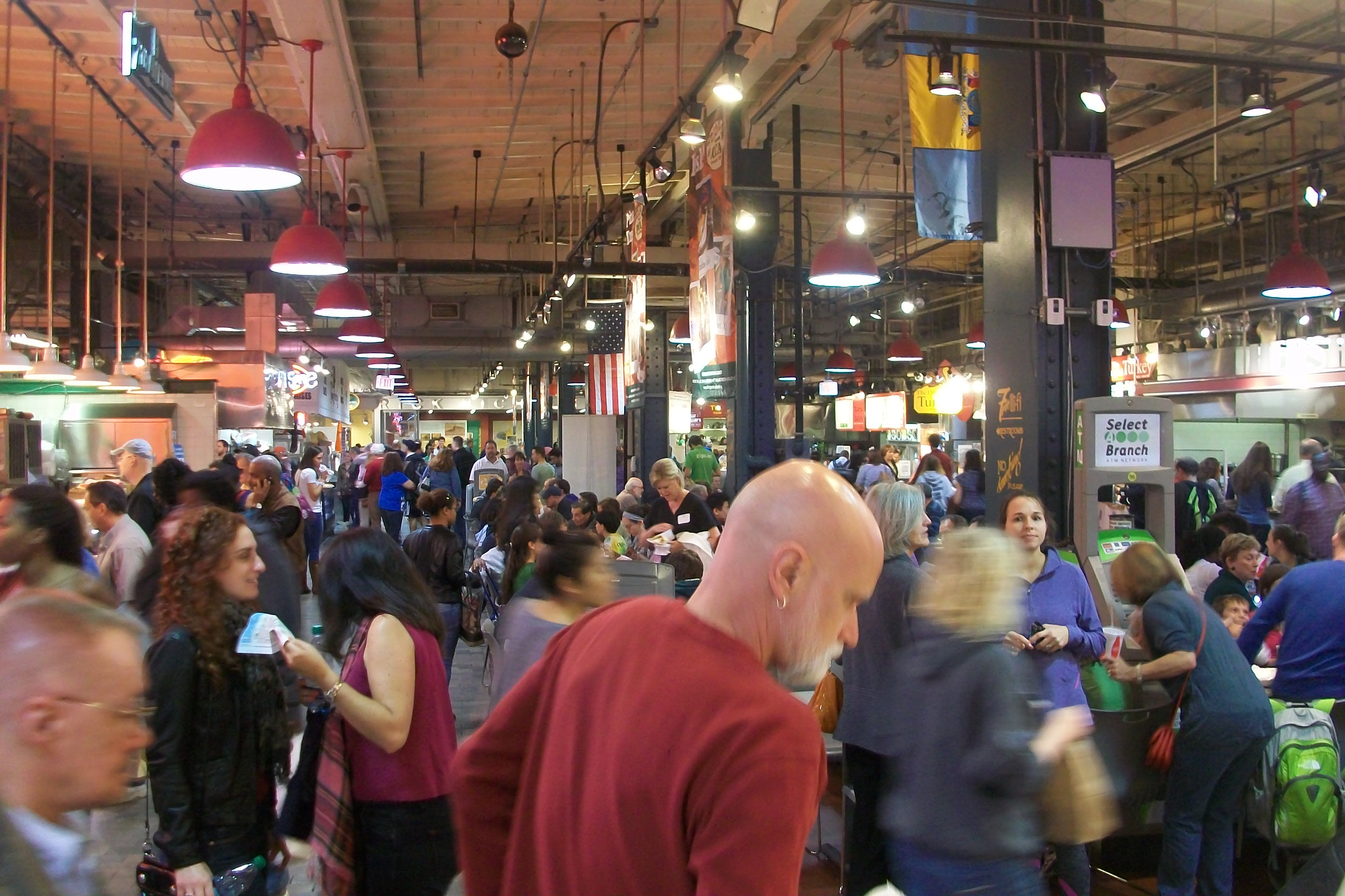 When I lived in Berkeley, I was involved in the Hidden Gems Tour project.  In 2007, I discovered a hidden gem in Philadelphia: the mural at the Squirrel Hill Falls Amphitheater.  This trip, I discovered Mole Street.  It is a narrow, one block street lined with houses built in the Carstairs Row style. 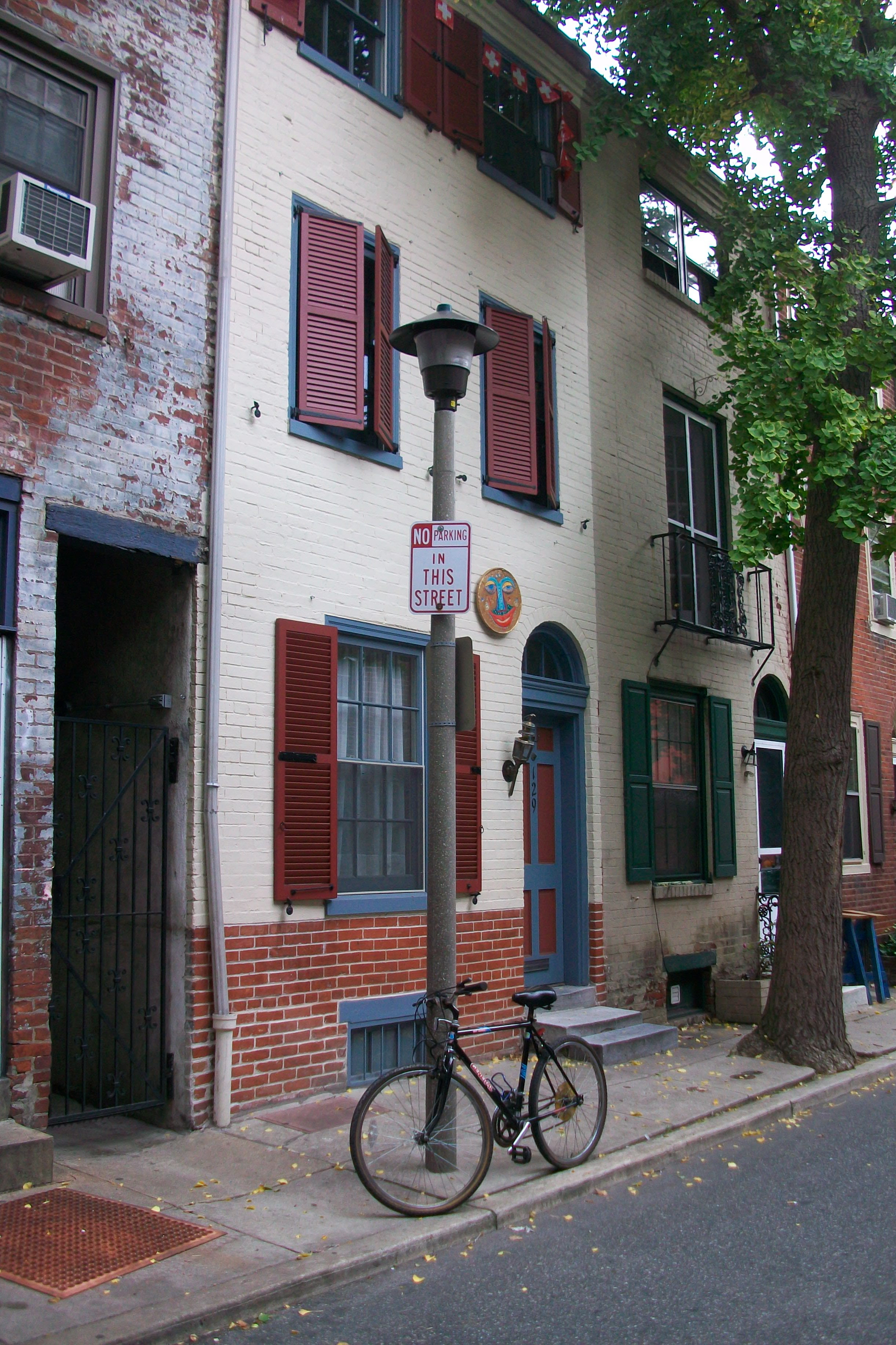 Walking along Race, I saw what appeared to be back yards behind a small parking lot.  A peek over a brick wall confirmed my guess. The fronts of the houses make up for the unadorned back sides.  Note the gated access to the alley and back yards.


Like some of the narrow streets in Rittenhouse Square, Mole Street is lined on both sides with street trees. 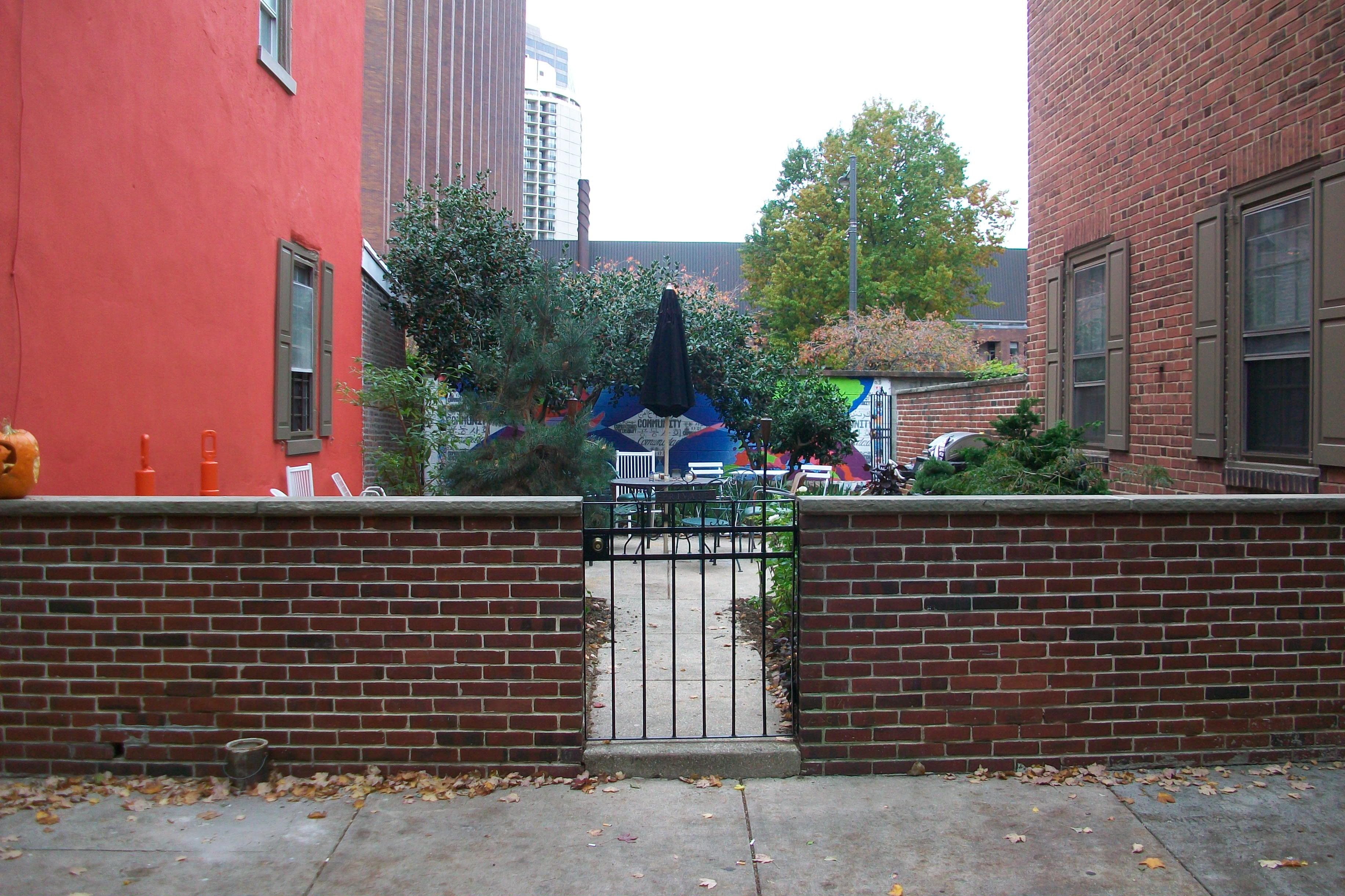 A missing house provides opportunity for a large garden.  This gap in the block is not visible when you stand at either end of the street.  About a block away at 15th and Cherry Streets is another surprise and one you cannot see from the street, the green roof on top of the Friends Center Green Building.  I had to end my exploration at this point so did not see the roof.  Next time!

I am thoroughly enjoying this series and wonder where we will travel to next.  In the meantime, check out the other 5 Things I Like about: Jersey City, Montreal, Boston, Munich, and Savannah.