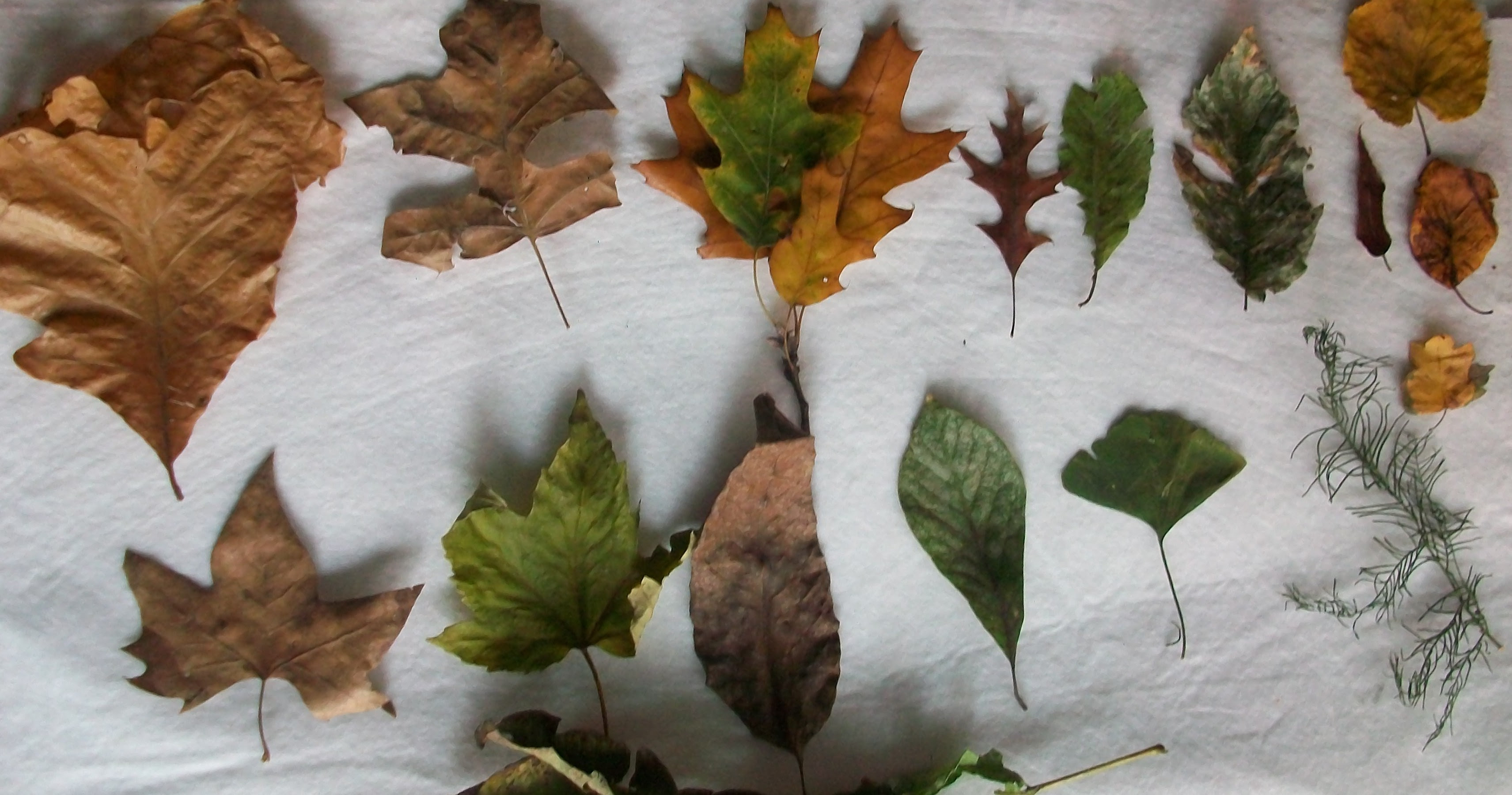 A few days after the storm, we went on a walk through Washington Square Park.  We noted sawn wood, fruit drop, hanging limbs, and lots and lots of fallen leaves.  I collected leaves from almost 20 different species.  The majority of leaves were collected from the southeast quadrant of the park and from the small lawn area adjacent to the flag pole, itself just east of the Arch.  It is possible that some of the leaves blew from streets surrounding the park but on a follow-up walk I identified most of the trees for which I had collected leaves.

A major difference between white and red oaks is the shape of the the lobes.  White oaks have rounded lobes while reds exhibit sharp lobes.  This marker would not help you to identify the willow oak though which has long, narrow leaves with smooth margins (no lobes).  I love the broad spread of the Swamp white oak (Quercus bicolor).  The pronounced sinuses of the Pin oak (Q. palustris) distinguish it from the Northern red oak (Q. rubra).

This is first time I have seen a real Sycamore maple leaf (Acer pseudoplatanus) and coincidentally I collected a London planetree (Platanus x acerifolia) leaf.  Notice the similarity between the leaves?  Pseudoplatanus means false sycamore.  You can see the Sycamore maple for yourself: it is on the University Place side of the southeast quadrant of the park.

Zelkova (Zelkova serrata) is in the elm family and it is a popular alternative to elms susceptible to Dutch Elm Disease.  The Ohio State University Dept. of Horticulture and Crop Science describes the species' growth habitat thus, "may be the best replacement for the American Elm (Ulmus americana), in terms of Japanese Zelkova's resistance to Dutch Elm Disease and its vased growth habit (although it is not nearly as tall or arching as American Elm)."

On my follow-up walk I identified the source of the ash leaf.  Ash trees have compound leaves so the leaf pictured above is one leaf composed of leaflets.  This particular ash is a white ash (Fraxinus americana).  The underside of the leaf is paler than the top and the ribs are covered in whitish hairs.  Also, this white ash is male; it lacks the samaras that mark a female ash at this time of year.

What did you notice about your favorite places after the hurricane? Please share them in the comments. Also please let me know if I have incorrectly identified any of the leaves shown above.