4th Street loses one of its large Callery pears 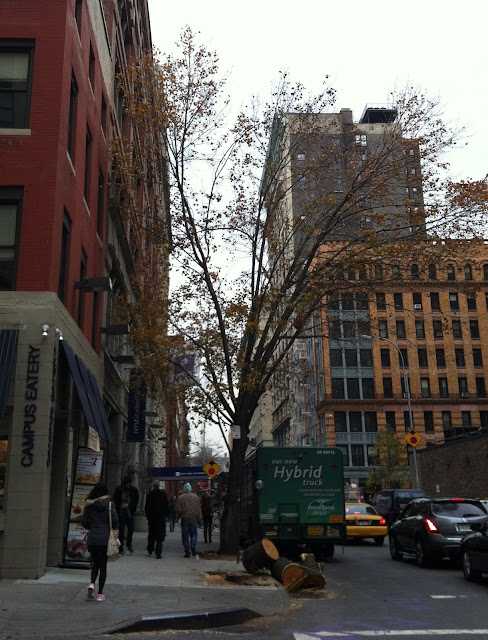 I have featured the twin Callery pears on 4th Street many times on this blog.  During Hurricane Sandy, a large limb was torn from the westernmost tree.  This limb damaged the awning of the adjacent store. 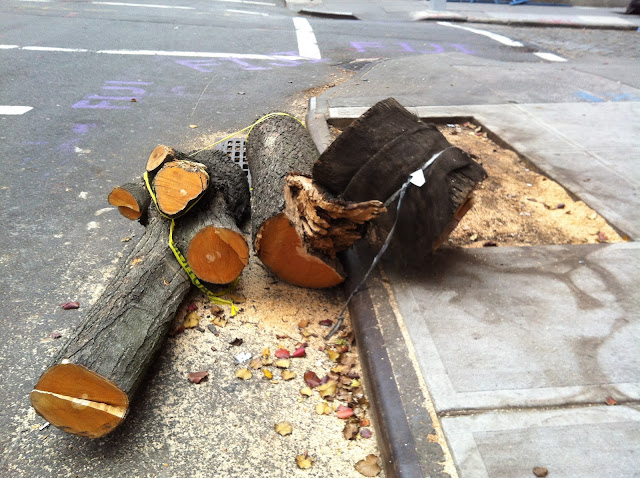 Last month I noticed that the tree had been removed.  I sent a tweet to @NYCParks requesting information about the removal but did not receive a response.  I sent a request for information to NYC Parks via 311 today.  A response to my request might take two weeks.

The reason for the removal of the tree is unclear.  The cut branches left on the site do not indicate rot though perhaps the way in which the branch was torn from the trunk led to the decision to remove the tree.  When the trees stood together, their canopy appeared generous.  The canopy of the remaining tree is less impressive.

Will the site be replanted with a Callery pear?  The species is no longer a favorite among urban foresters and arborists but a pair at this corner transformed an otherwise drab block, especially in the spring and fall.

Do you have a favorite tree that was dramatically affected by Hurricane Sandy?