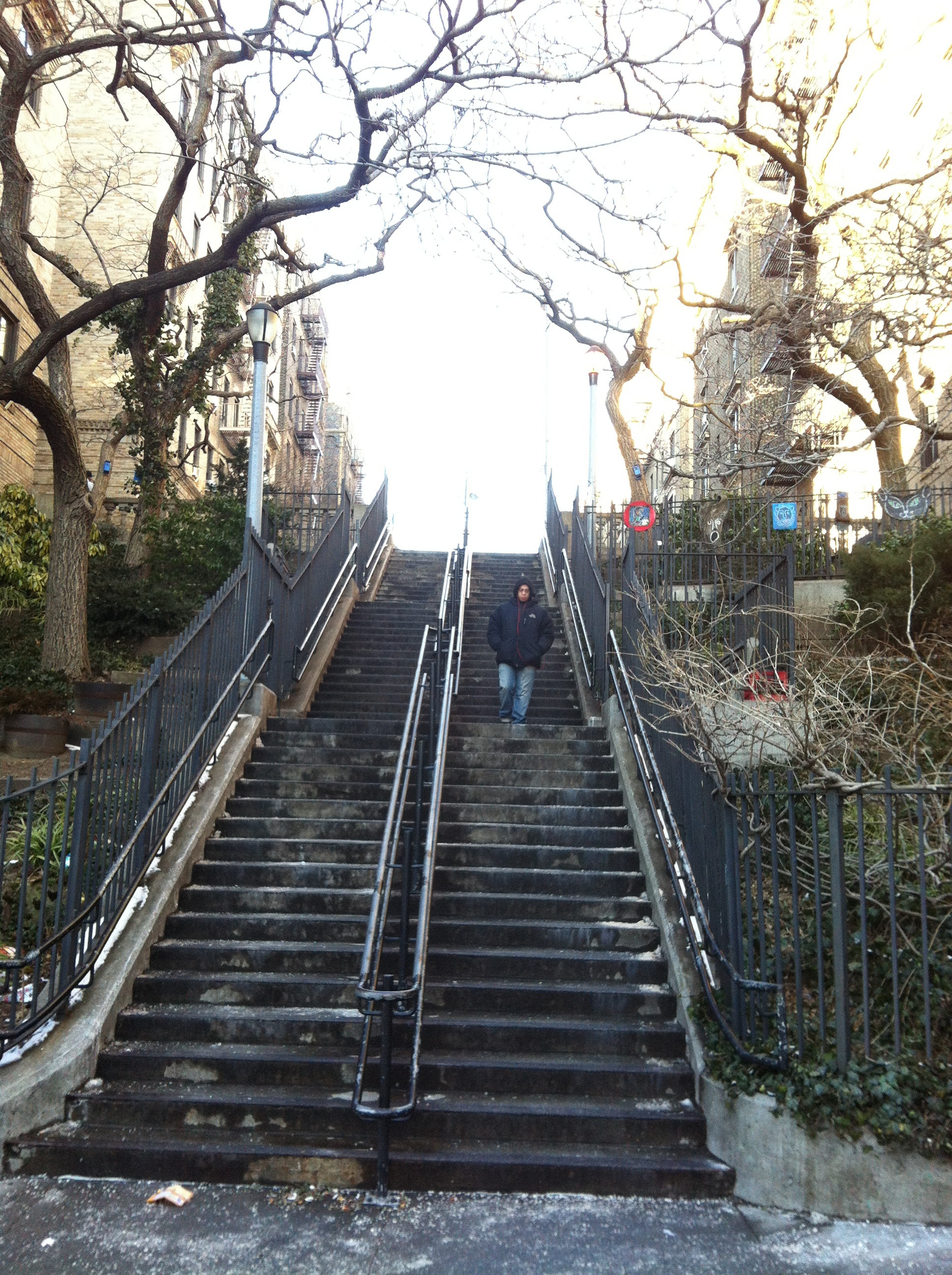 To access Pinehurst Avenue from 181st Street, one must climb a three-tiered stairway.  The stairs were built in 1924.  I found the staircase accidentally and was pleased to see it.  One of the most interesting sections of The Greatest Grid deals with modifications to the 1811 Grid due to above 155th Street.  In Andrew H. Green's 1868 plan for Northern Manhattan, large swaths of "hills, valleys, and cliffs" were preserved, though implementation of Green's plan was incomplete.  (Read more about the grid here.)

One of the ways that developers accommodated to the area's topography was to construct stairways.  In the book, the West 215th Street Steps, built in 1911 by the city, are featured.  Other street stairways in Manhattan can be found at 187th Street and Fort Washington Avenue, at 215th Street and Broadway heading, and an abandoned stairway at Haven Avenue between 172nd and 173rd Streets, according to the Henry Hudson Owners Coalition. Another Manhattan stairway is located at 155th Street between Bradhurst Avenue and Harlem River Drive, according to the New York Stairs map created by Doug Beyerlein.  Check out photographs of 155th Street at the Bridge and Tunnel Club website.


I have climbed public stairways in Berkeley (with the Berkeley Path Wanderers Association) and in Oakland (also with BPWA but now Oakland paths have their own organization called Oakland Urban Paths).  Hilly San Francisco has lots of public stairs.  And Los Angeles, too.

Are there public stairways where you live?  Do you regularly climb them?