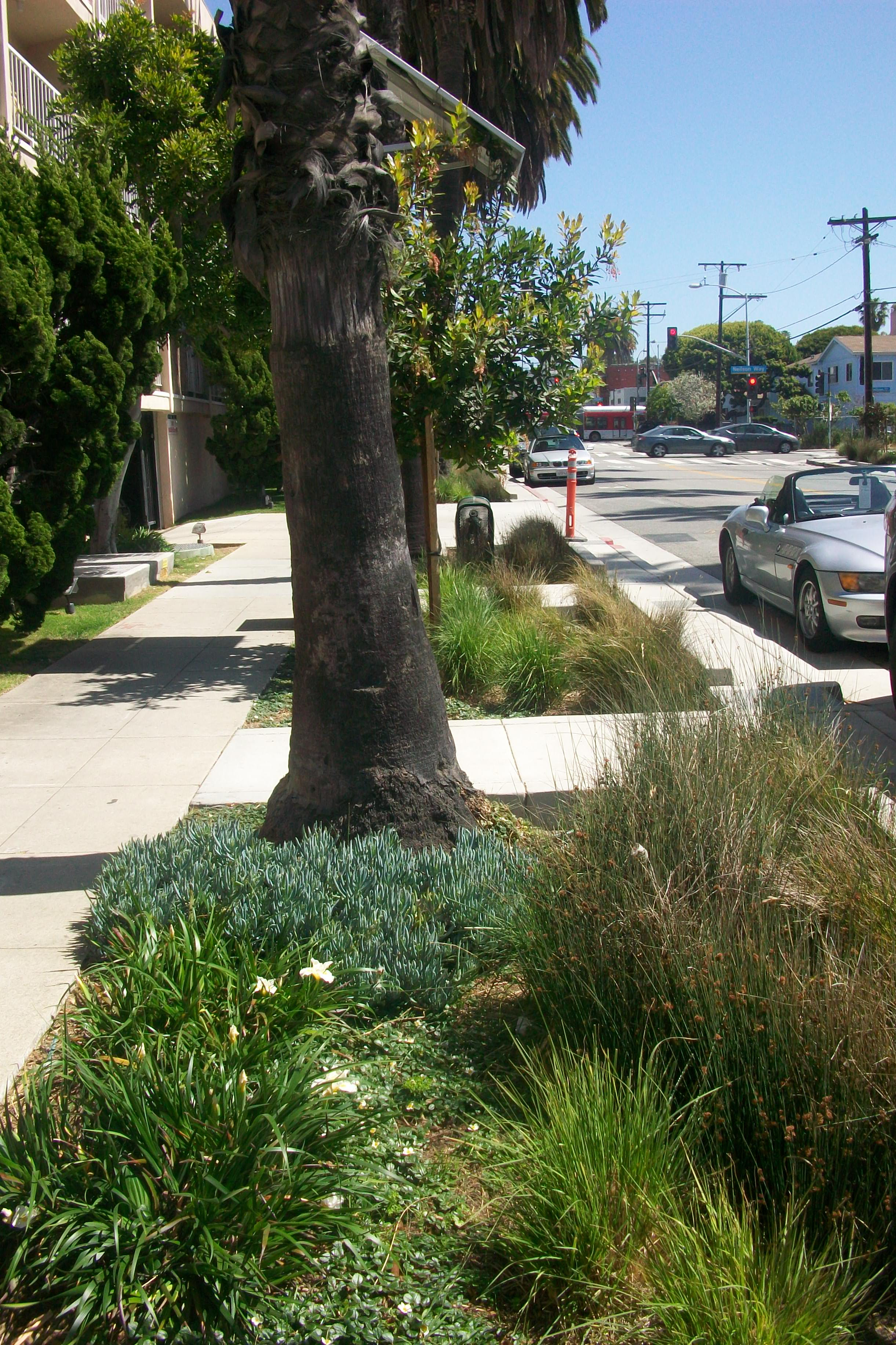 Last week I wrote about the sustainable sites field trip in Santa Monica outlining the the stops on the tour and providing details about the Santa Monica Urban Runoff Recycling Facility or SMURRF. The water recycling facility is an end-of-pipe solution in contrast to the Bicknell Street green street project which manages runoff at the source.  The block-long green street is a pilot project to test the use of vegetated bioswales, permeable paving, and infiltration basins can reduce impervious surfaces and capture and filter runoff. Green streets are one of several low impact development (LID) strategies cities use to meet National Pollution Discharge Elimination System (NPDES) and Total Maximum Daily Loads (TMDL) requirements.

The bioswale (shown above) is planted with climate-appropriate vegetation. Also, existing, 80-year old palm trees were preserved.  One of the first things I noticed about the block was the lush vegetation.  Look at the block pre-greening (note: it is a small photo). 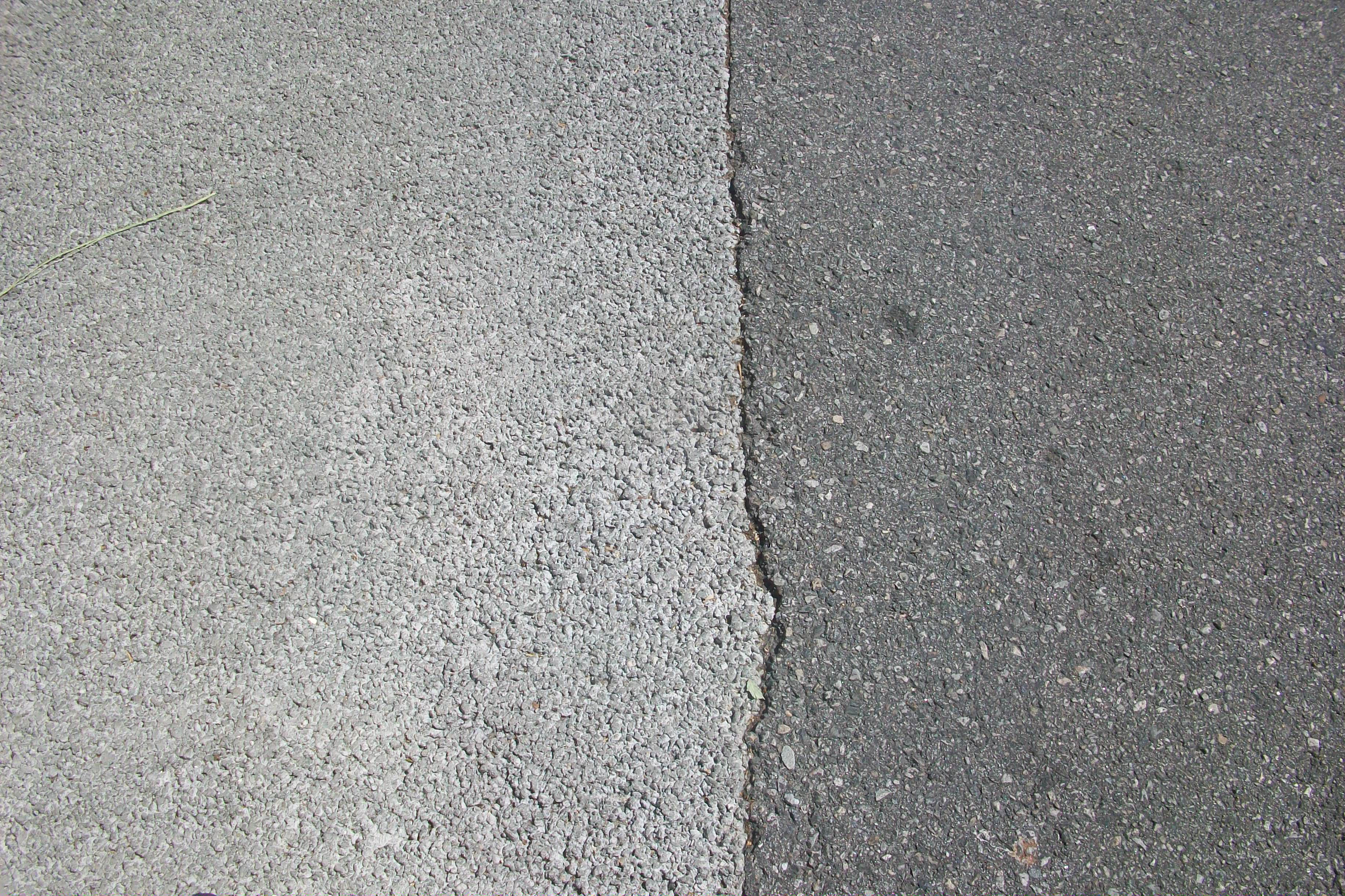 The parking lane (shown above at left) is permeable down to six inches.  One lesson from the site so far is that this depth does not drain all the rain that falls on the site; there is still runoff. 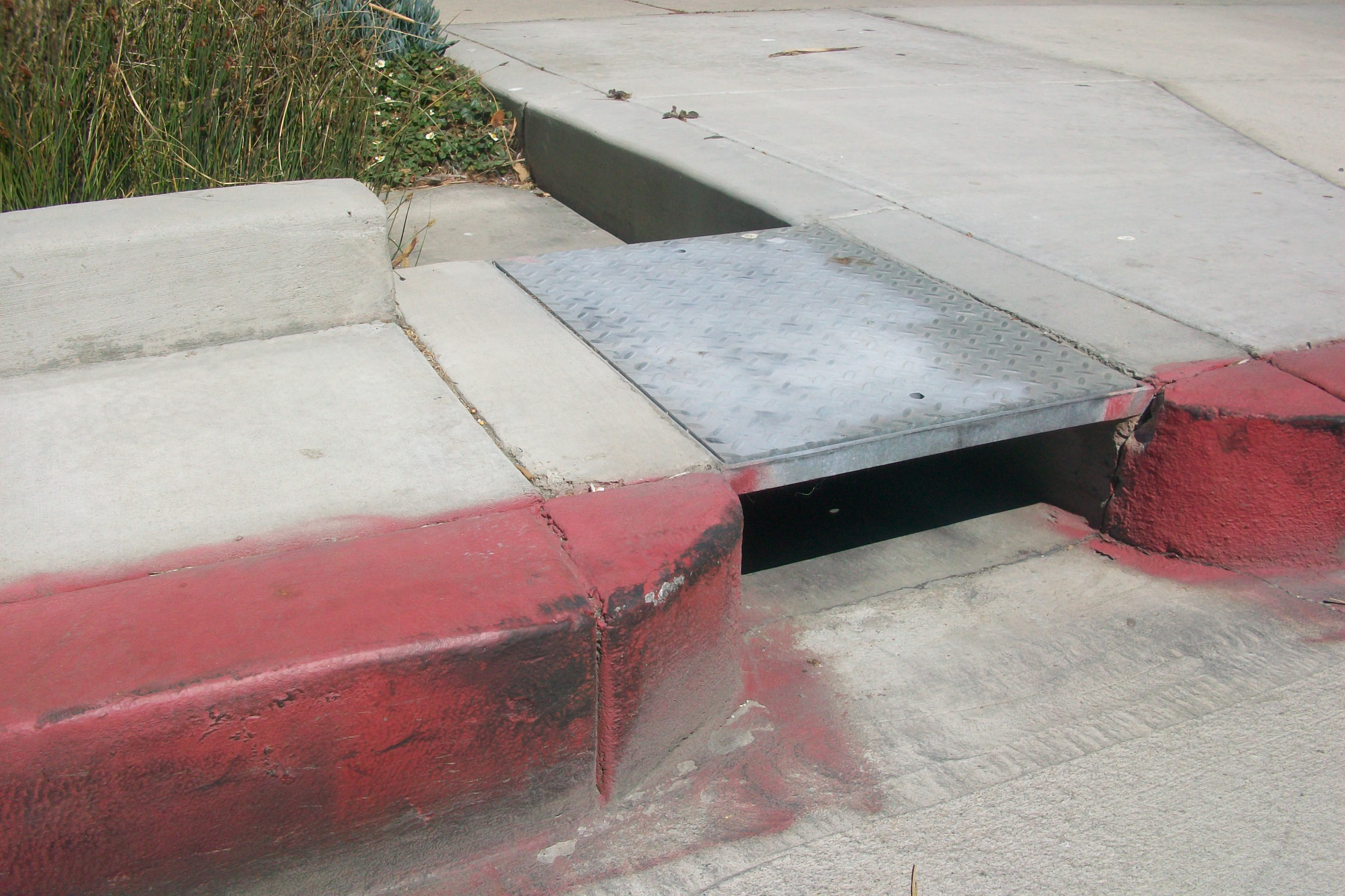 Wet and dry weather street runoff is directed into the bioswale for soil infiltration (shown above).  Overflow, for example during rainfall, is returned to the gutter and directed to filtered catch basins and then is held in  infiltration basins located beneath the permeable parking lane.

L.A. Creek Freak provides several suggestions for improving the function of this green street including installing more permeable paving and adding more green space with bulb-outs. The latter would favor the pedestrian: creating a more walkable street and calming traffic.  In addition to increasing the depth of the permeable street pavement, perhaps the city will increase permeable surfaces and green space when it expands its green street program.  This project was partially funded but it remained expensive to complete so not every street in Santa Monica will be greened in this way.  The city is considering installing this type of LID strategy on streets similar to Bicknell, i.e. local collector streets.

Does your city have a green street?