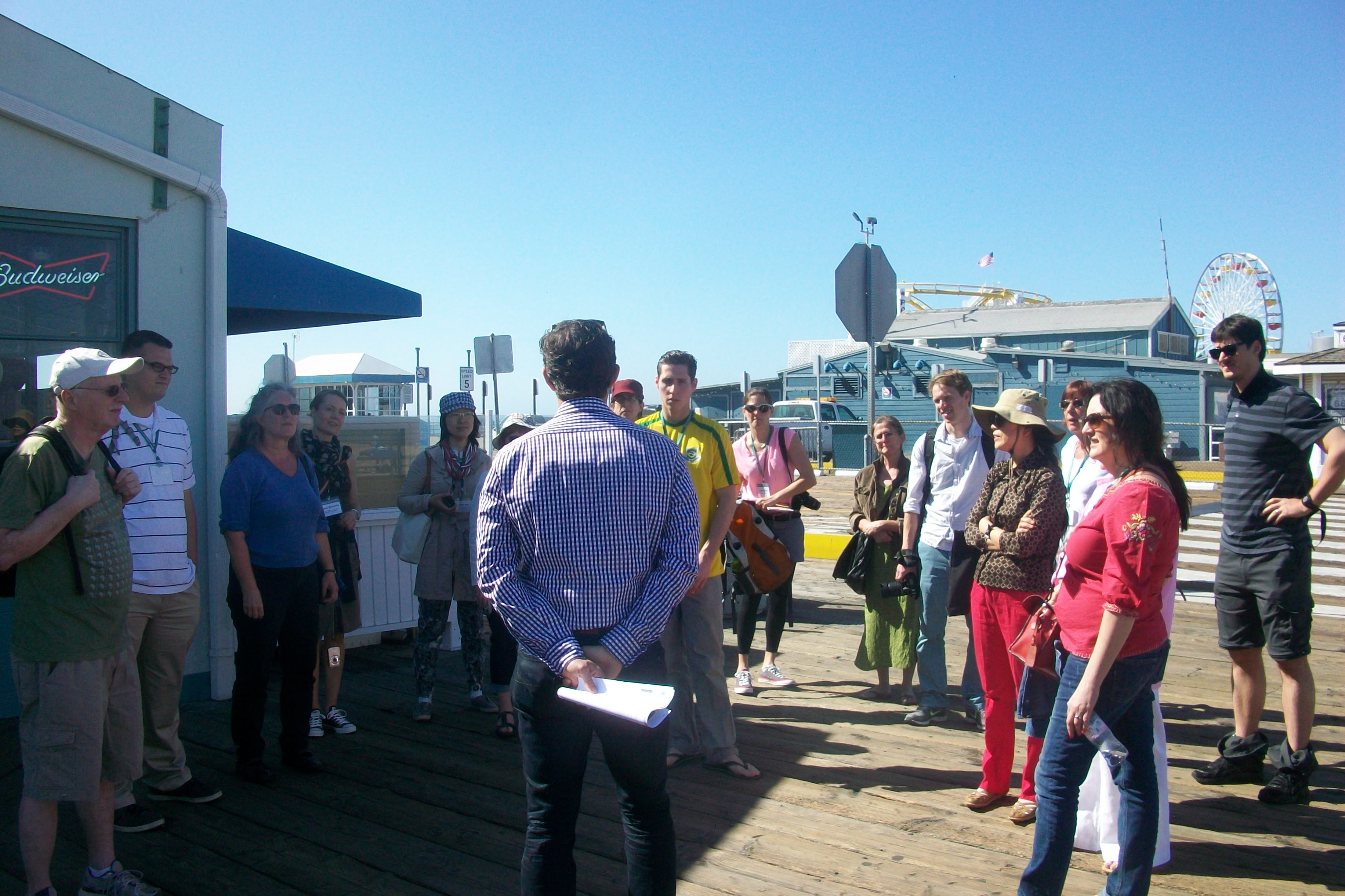 Last week I traveled to Los Angeles to participate in the Sustainable Santa Monica field trip at the American Association of Geographers 2013 Meeting.  I was the tour organizer on behalf of the non-profit Sustainable Pacific Rim Cities and the alumni interest group Yale Blue Green.  The morning segment of the field trip was led by Brenden McEneaney, Green Building Advisor at City of Santa Monica and Neal Shapiro, Watershed Management Coordinator at City of Santa Monica.  We ate lunch at the Wednesday Downtown Farmers Market followed by a tour of the Natural Resources Defense Council (NRDC) building.

The showcased the spectrum of blue-greening a city, from building- and site-based strategies to end of the pipe strategies.  (The term "blue-green" is a play on Yale Blue Green but is also a nod to the Blue-Green Building website that presents case studies of "low-impact development aimed at sustaining water and watersheds....")

We were shown the Bicknell Street Greening project, the Civic Center Parking Structure, 502 Colorado Court, and the Main Library, and the NRDC building after lunch.  These buildings and sites incorporate multiple technologies to protect watersheds and air quality and to reduce energy use.  Bioswales, cisterns, solar panels, light wells, greywater recycling, glazed glass, and more.  I will provide details of the green street and the NRDC office in future posts. 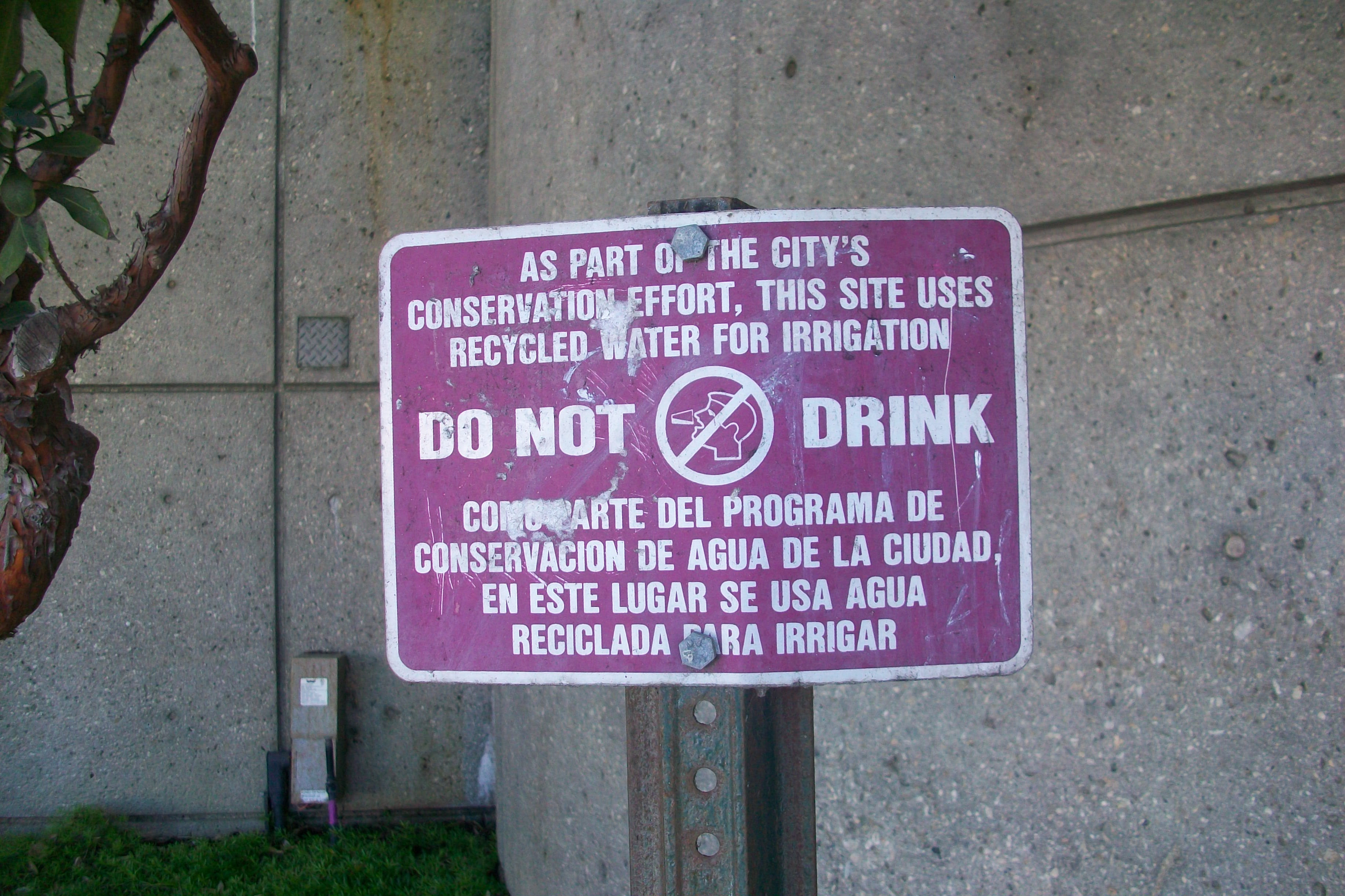 Santa Monica's  end of the pipe approach to watershed protection we saw was the first stop on the tour: the Santa Monica Urban Runoff Recycling Facility or SMURRF.  SMURRF is an impressive system and is the only such facility in the world.  One thing to note is that the City of Santa Monica has a separated sewer and water system so it does not treat stormwater.  SMURFF is a dry-weather runoff treatment system; approximately 300,000-400,000 gallons of water daily from draining pools, over-watering, and leaking pipes are treated.  The system includes several Continuous Deflective Separation detention systems one of which was opened for us to view.  The particular CDS we saw cost $500,000.  The recycled, non-potable water that is produced at the end of a five-step treatment process is provided to public and private customers for landscape irrigation and toilet flushing.  The entire SMURRF facility cost $12M; the project is cost-shared with Los Angeles including revenues. The facility is experiential; the public can view the entire treatment process.  Also, artwork was installed to tell the story of water treatment.  Learn more by watching the SMURRF Virtual Tour. 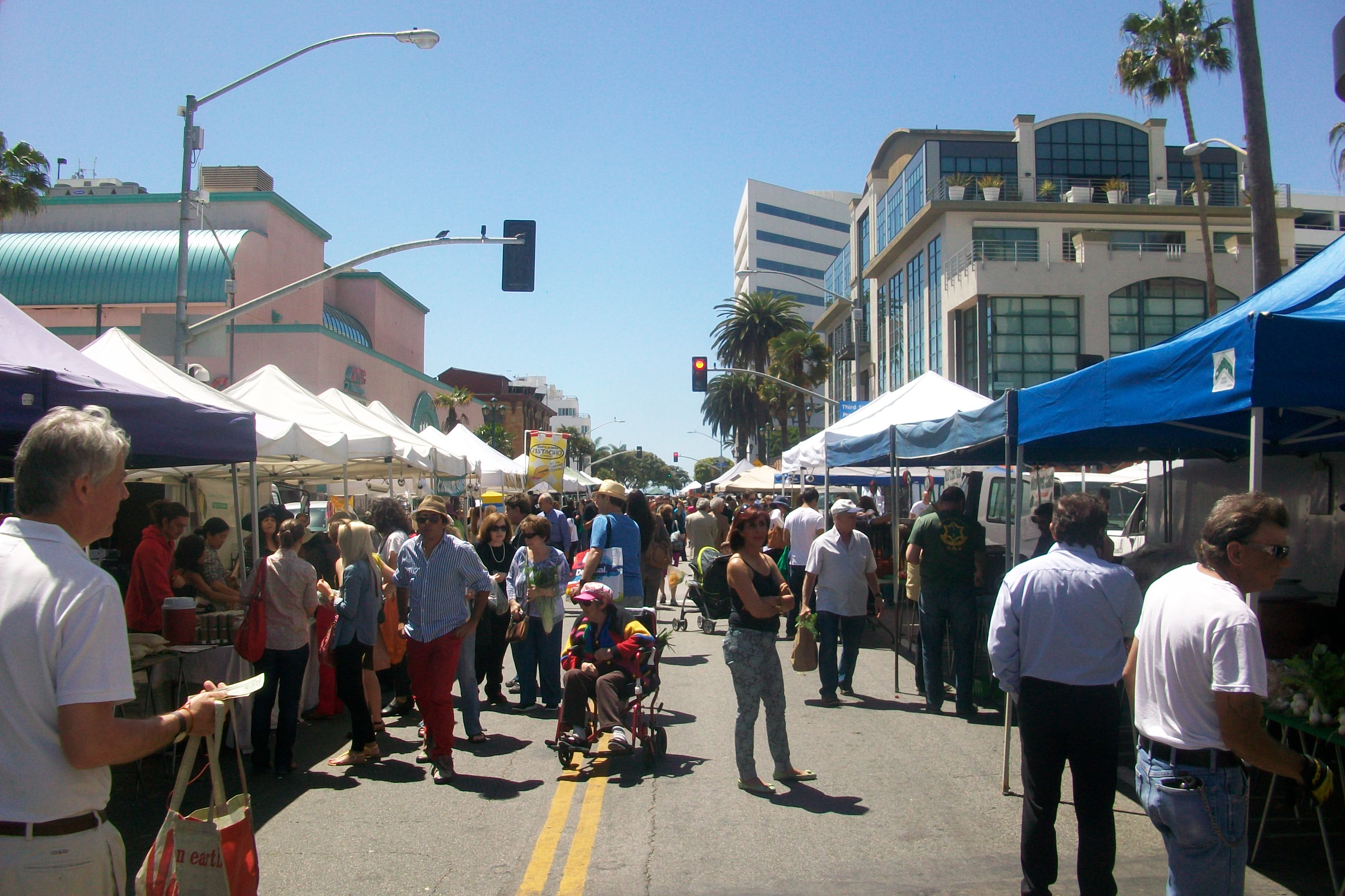 In 1994, the City developed its Sustainable City plan with eight goals areas to which arts was recently added.  The plan is funded by the rate payers via fees for water and waste.  (The City owns its own water company.)  Ten percent of the funds come from the General Fund and the Office of Sustainability also seeks grant funding.  Revenues have declined because of the success of the water program, yet the City is now pursuing an aggressive climate plan with the goal to reduce emissions by 80% by 2050!  "The DNA of the city is sustainability," noted Brenden McEneaney.

Watch this space for details of the Bicknell Street Greening project and the NRDC building.

Thank you to Brenden McEneaney and Neal Shapiro at City of Santa Monica and Kristin Center at NRDC.