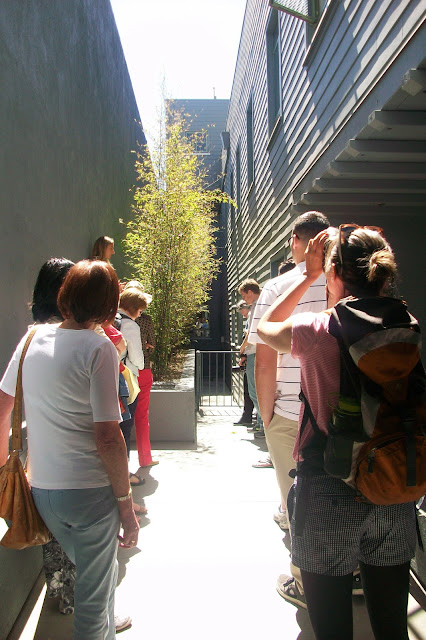 In the final post of three about the Sustainable Santa Monica tour, I will share several green features of the Natural Resources Defense Council (NRDC) office building, one of the first buildings in the U.S. to be rated LEED Version 2 Platinum. NRDC walks the talk!  The U.S. Green Building Council which administers the Leadership in Energy and Environmental Design (LEED) program was "spearheaded" by NRDC senior scientist Robert K. Watson in 1994.

The NRDC office building began its life as an acupuncture studio.  Wood beams from the former studio remain in the lobby which is named the David Family Environmental Action Center.  Material reuse can earn a building up to two points in the LEED Platinum v2.0 rating.  Construction waste management (up to two points) is also important: "98 percent of the waste materials generated during construction were reused or recycled."  The use of "rapidly renewable materials" provides one point.  The stairs in the building are made of poplar, a fast-growing, abundant species.

The building is located in the pedestrian friendly downtown.  Walkable sites can earn one point.  Although the building is flush with the lot line there are several access points to the outdoors.  One is the courtyard entry, pictured above.  Potable water is not used to irrigate the landscape.  Rainwater and recycled grey water, from showers and sinks, are used for irrigation and toilet flushing.  (Showers are provided -- a real catalyst to bike to work.) A complex water recycling system is located in the basement.  To make one gallon of water per minute requires 2,200 watts according to a sign posted in the basement.  The solar array on the roof provides 20% of the building's electricity. 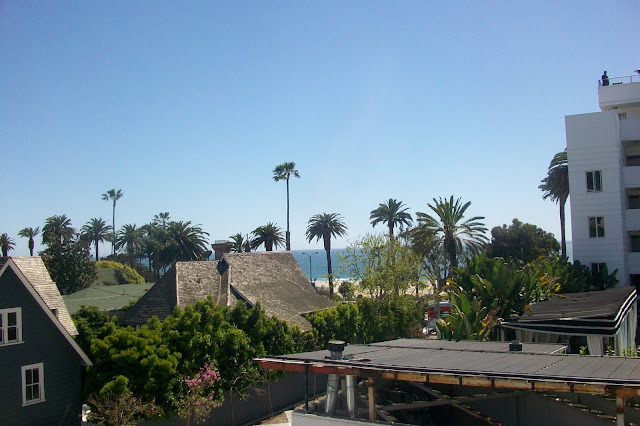 The roof is another access point to the outdoors but it is more utilitarian than leisure space.  Another way to enjoy the outdoors is on the ocean-facing deck.  Providing occupants to "direct line of sight to the outdoor environment" only carries one point.  It's a beautifully made point here!  A cistern runs beneath the deck and captures rainwater which is fed into the water recycling system.  Water efficient landscaping -- reducing potable water use, using nonpotable water for irrigation, and planting vegetation that does not require permanant irrigation -- can earn a project up to four points. 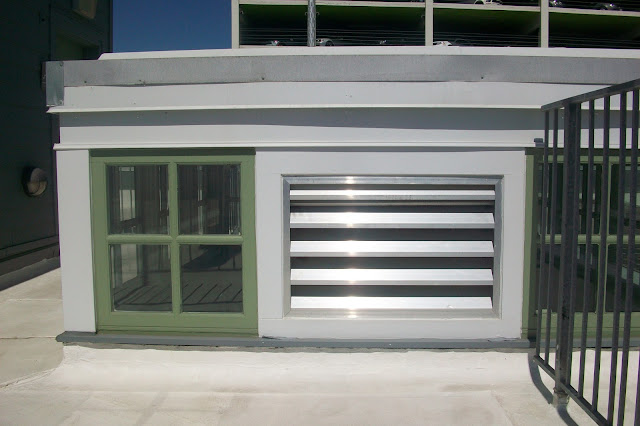 The main meeting room is located off the deck and it is awash in natural light.  Four light wells provide natural light to the rest of the building but only three of the light wells have ventilation louvres.   Increased ventilation and daylight account for one point each. 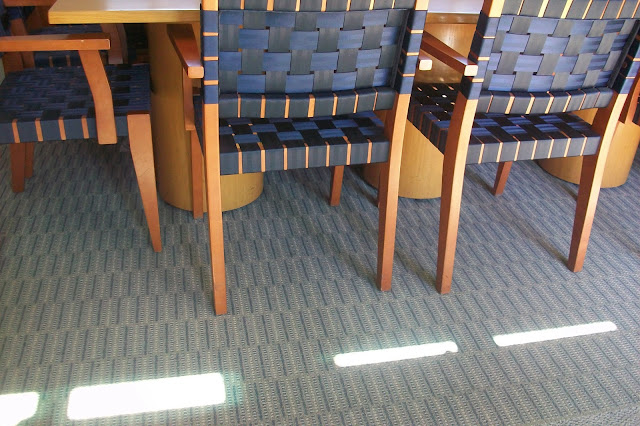 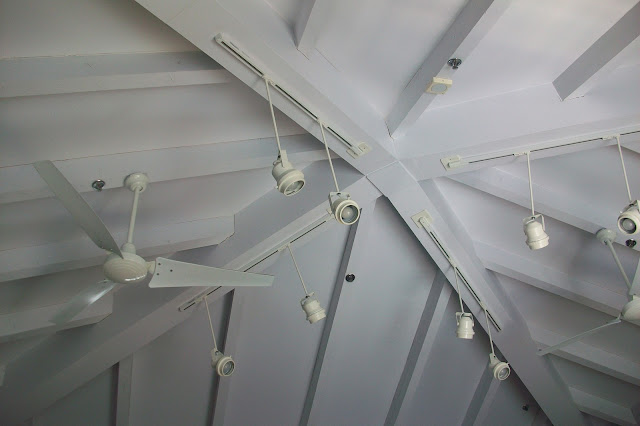 There are lots of small details that make the building efficient and beautiful some of which are described above but there are two that might be easy to overlook.  One are the chairs in the conference room which are made from recycled seat belts.  The chairs are aesthetically and physiologically pleasing!  Look up to see the fan blades which were fashioned after airplane wings.  They use less energy to provide the same cooling as conventional fans.

Descriptions of all the green elements of the building are available on the NRDC website. You can learn more about the LEED rating systems here.

Thank you to Kristin Center for a highly informative tour of the NRDC building.