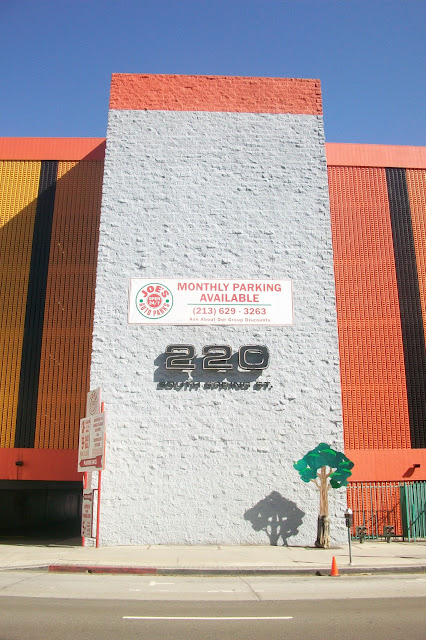 Can it be that the most recent Tree Walk post was published almost six years ago?!  I have not stopped taking tree walks though.  I was in Santa Monica in April for the Sustainable Santa Monica tour which I organized for AAG 2013 with Sustainable Pacific Rim Cities and Yale Blue Green.  The tour was in Santa Monica but I stayed in downtown Los Angeles and spent one afternoon walking through the Civic Center, Little Tokyo, Toy District, and Central City East neighborhoods.  The photos below are not presented in chronological order. 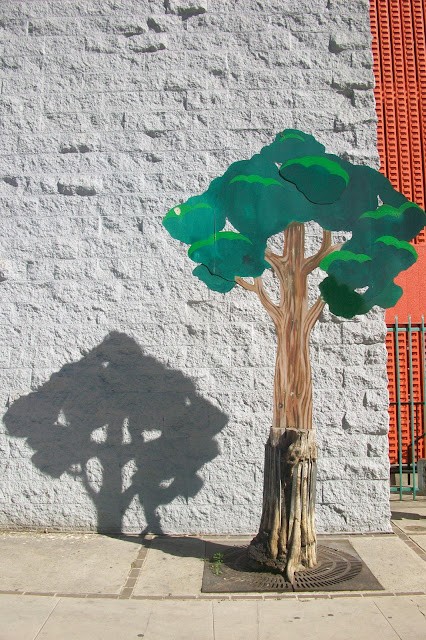 The tree art on Spring Street was co-created by multimedia artist Calder Greenwald "to get passersby to take notice of invisible spaces." Learn more at the Los Angeles Times Local. 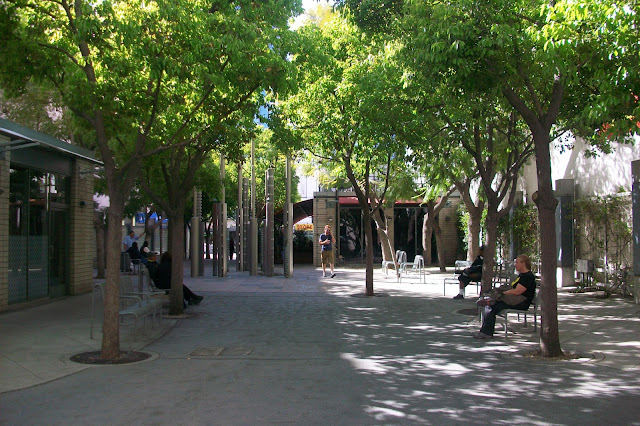 Biddy Mason Park is an example of a hidden downtown public open space.  It is between two streets and you access it from Spring via a mall.  African American slave "Bridget" (Biddy Mason) was granted her freedom by Los Angeles, California judge, Benjamin Ignatius Hayes in the 1850s. 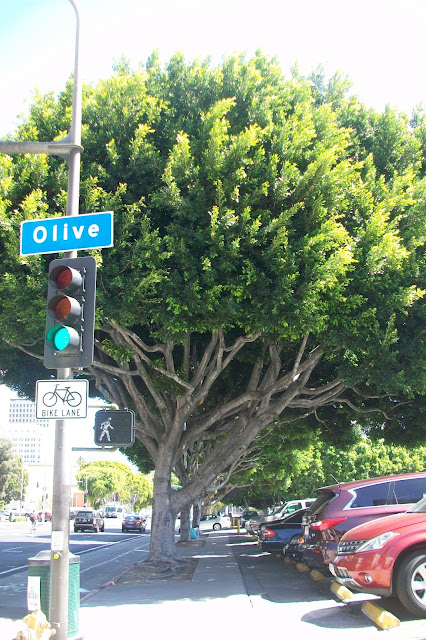 Look at the spectacular shade cast by these Indian laurel figs! 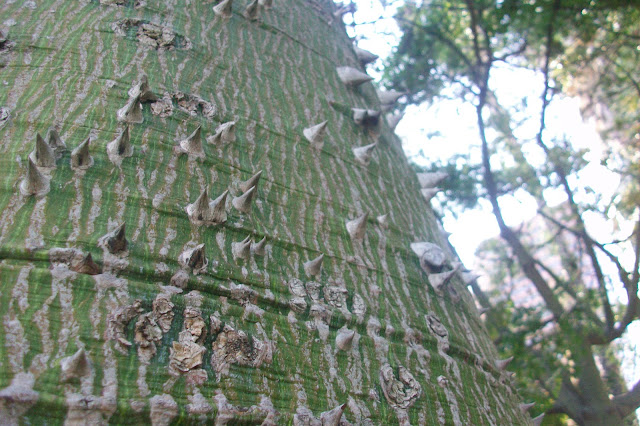 I was surprised to learn that the tree pictured above is a floss silk tree.  Silk? Look at those thorns! They almost rival those of the honey locust! (A black locust also has thorns but its thorns grow at the bases of the leaves not on the trunk.)  But the tree gets its name from the cottony material that surrounds the seeds contained in a pod.  This floss silk tree grows on Angels Knoll. 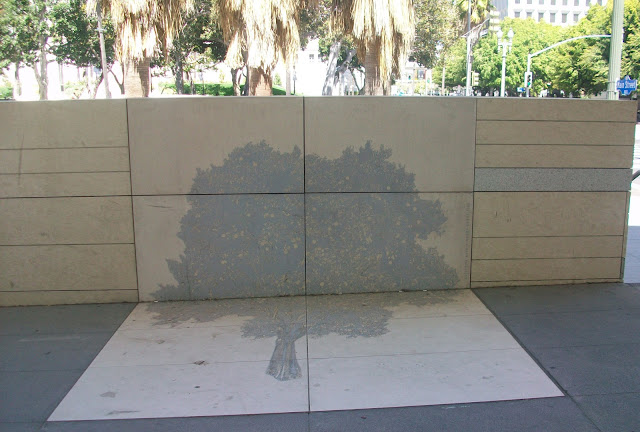 One of many pieces of phenomenal art at the Central Library.  This tree is located in the Maguire Gardens. 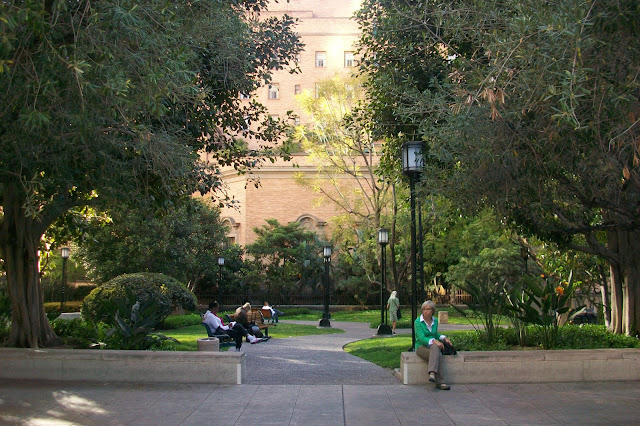 The famous olive trees of the Maguire Gardens. 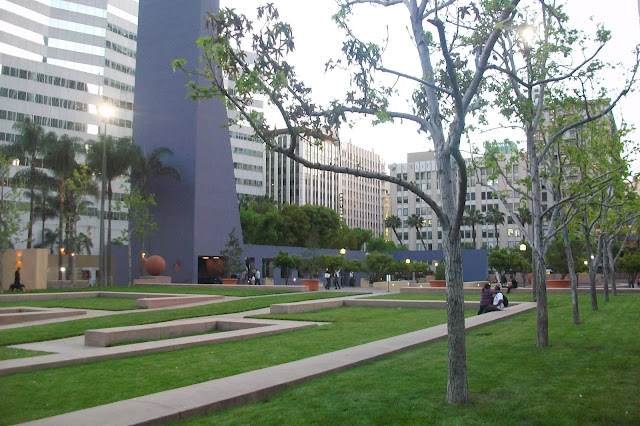 Palms (Mexican fan palm?), sweetgums, and lots of lawn areas at Pershing Square.  Contrast this landscape with the one featured in the photograph below. 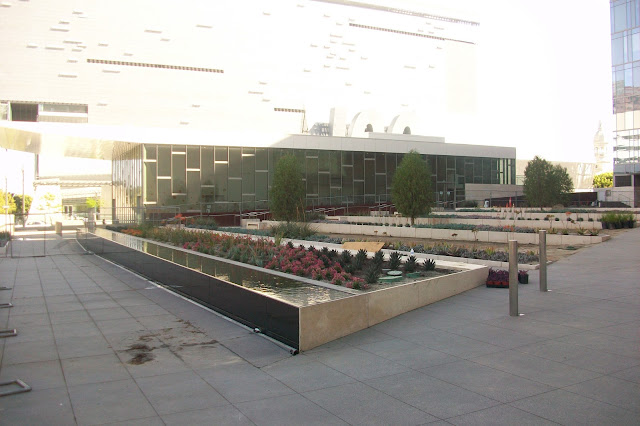 I saw many more trees and treed landscapes on my walk than are shown here but the photographs selected for this post are representative of what I saw in several neighborhoods of downtown Los Angeles.