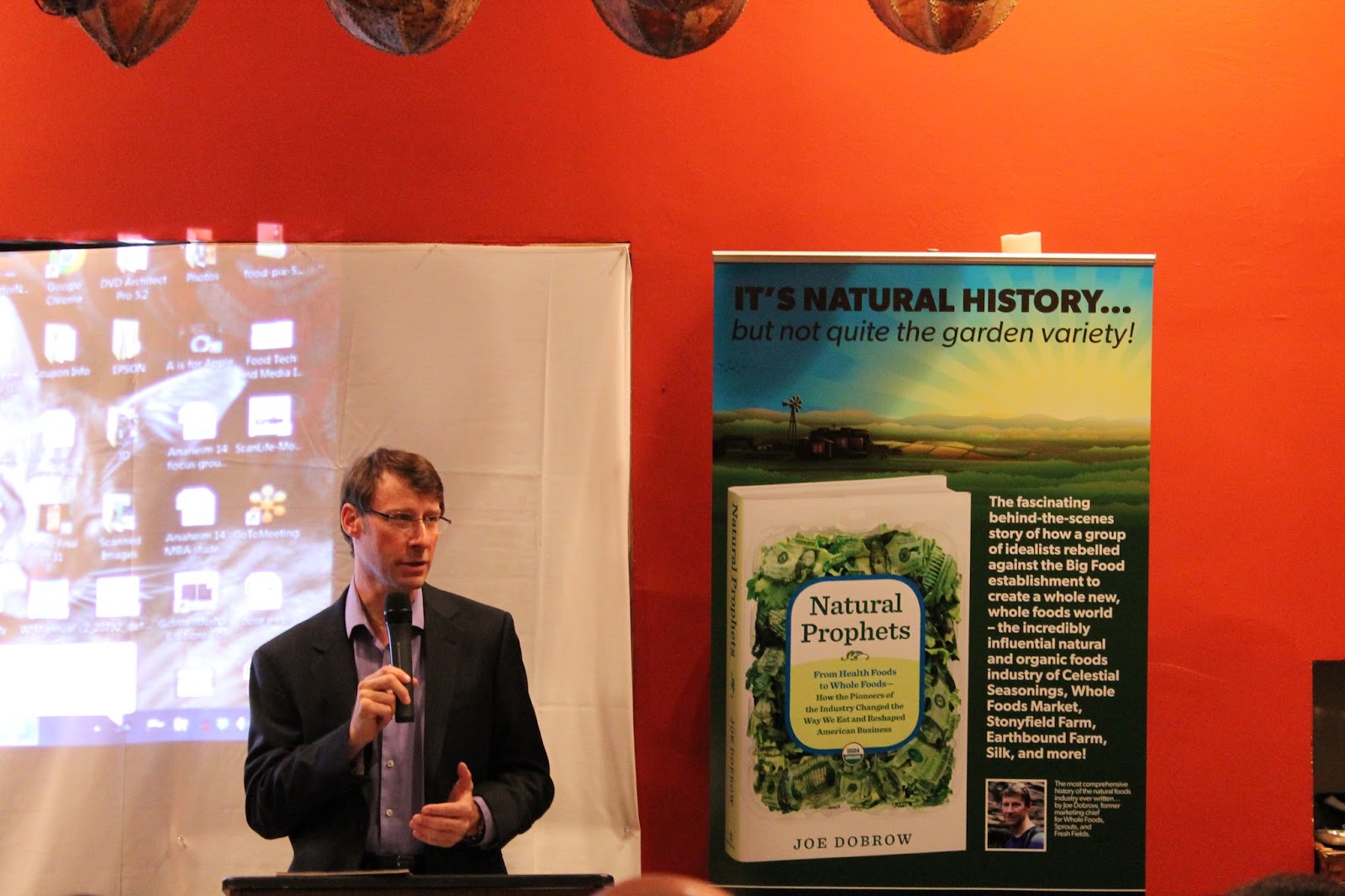 Author and marketer Joe Dobrow is on a cross country tour for his new book, Natural Prophets: A History of the Natural Foods Industry published by Rodale.  A graduate of the Yale School of Management, launch events in New York (Feb. 26) and Los Angeles (Mar. 5) have been organized by Yale alumni organizations.  A third major city launch event in D.C. is scheduled for March 20th.  I attended the NYC launch held at GustOrganics, "the first and only certified organic restaurant in New York".  (Disclosure: I paid the entry fee and live-tweeted the event on behalf of Yale Blue Green.) 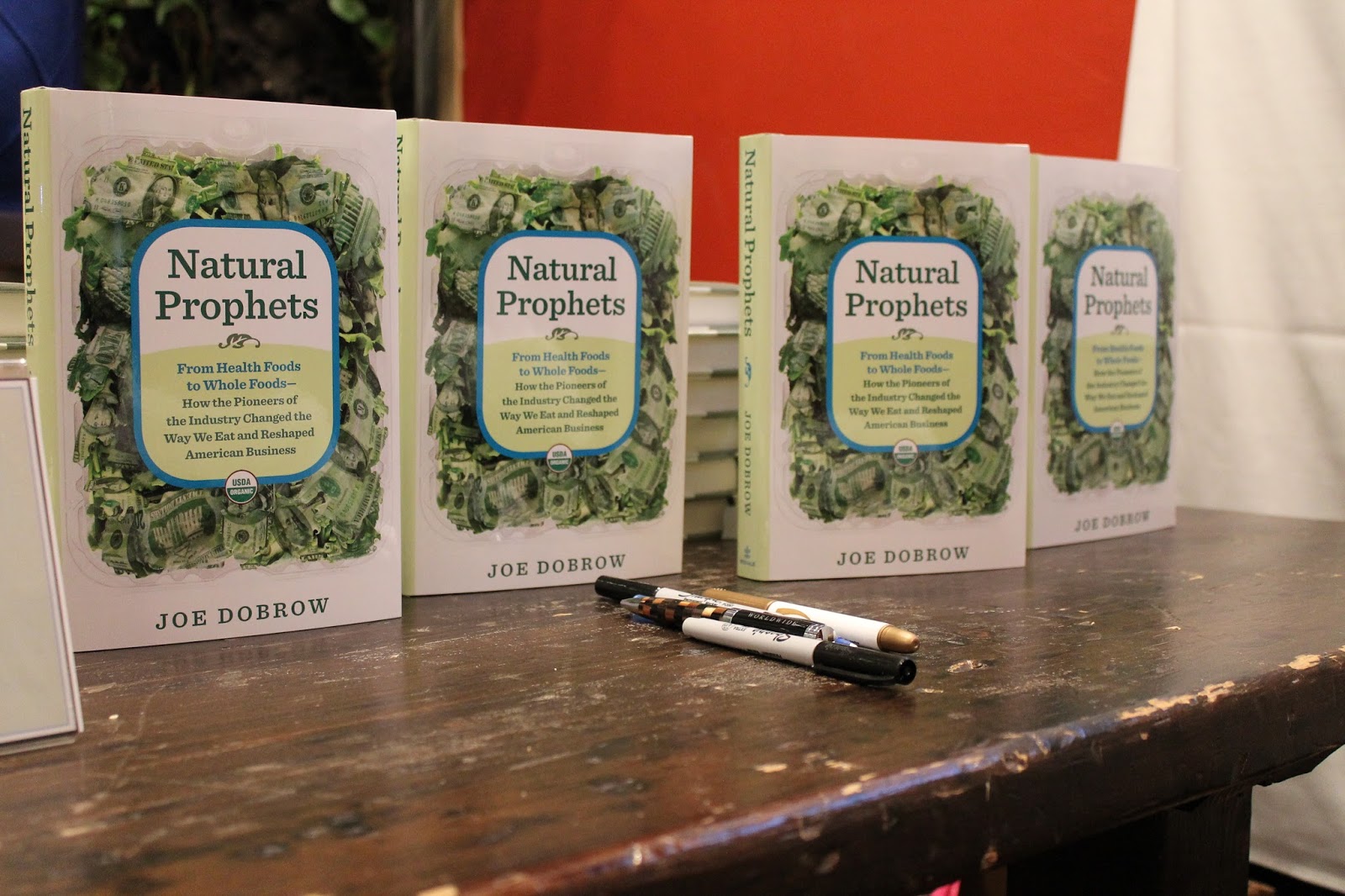 Dobrow's book, which I have not read, examines the emergence and rise of the natural and organic foods movement.  In the event description for the NYC launch, the Feb. 26, 1989 airing of a 60 Minutes segment about the potentially harmful effects of Alar or daminozide, the ripening agent and food additive used on conventional apples and in apple products. Last night's launch was scheduled "by happenstance" 25 years after the "Alar scare" and "panic for organic". In an article authored by Dobrow about the Sprouts Farmers Market IPO, he listed three catalytic events of the natural foods industry: the Alar scare of 1989, the Organic Foods Production Act of 1990, and the Whole Foods Market IPO in January 1992 which raised $22.5 million. 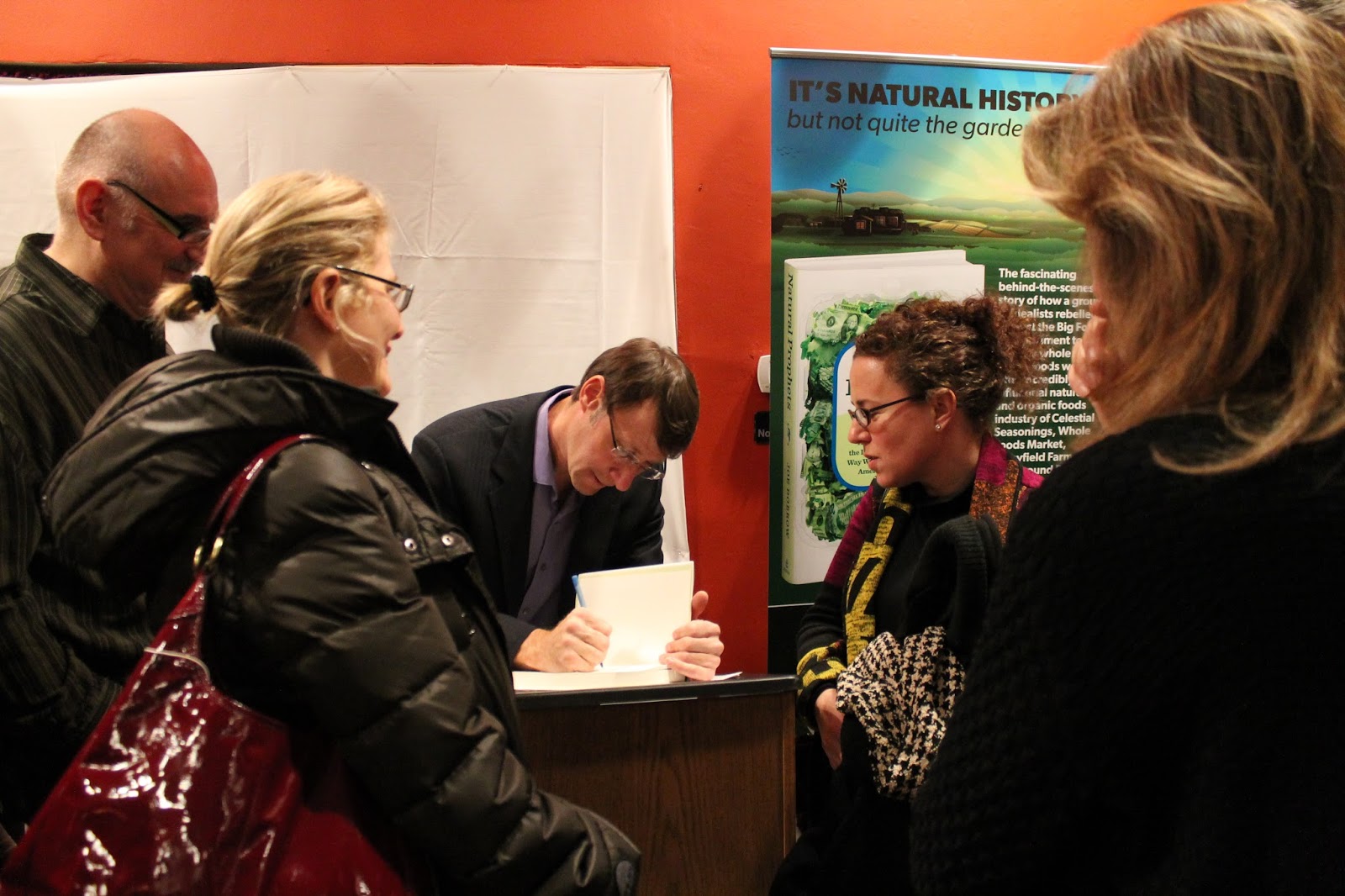 Natural prophets (have you gotten the double meaning yet?) featured in the book are guests at each launch event. Myra and Drew Goodman of Earthbound Farms attended the NYC launch. Myra Goodman is a dynamic storyteller as is Joe Dobrow! Earthbound Farms began in 1984 as a "2.5 acre garden" and has expanded to 50,000 acres. The company was sold late last year for $600 million. Earthbound Farm was the first company to successfully sell packaged salad greens. One of the funny stories told my Myra: the company began labeling its Ziploc bags of pre-washed lettuce with "Inspect before eating" stickers when Billy Crystal was upset to find a caterpillar in his salad! Natural and organic, indeed.  Attendees of the NYC launch also heard from Dan MacCombie, co-founder and co-CEO of Runa, a guayusa products company.  The line-up for Los Angeles includes Sandy Gooch (founder of Mrs. Gooch’s), Paddy Spence (CEO of Zevia natural sodas), and Russell Parker (former head buyer for Whole Foods and currently SVP at Nature’s Best, one of the industry’s largest distributors). In DC, Paula Johnson, Smithsonian food curator, will moderate a discussion featuring Seth Goldman, President and TeaEO of Bethesda-based Honest Tea.  Check out the Natural Prophets tour calendar for events in your community.

Attendees of the NYC launch were given goodie bags with products from Runa, Zevia, Kind, Earthbound Farms, and OCHO (for organic chocolate).  I look forward to buying salad greens, eating my coconut chocolate bar (would like to try the caramel & peanut bar, too), and drinking a sugar-free, Stevia-sweetened soda.