Martha and the extinction of passenger pigeons 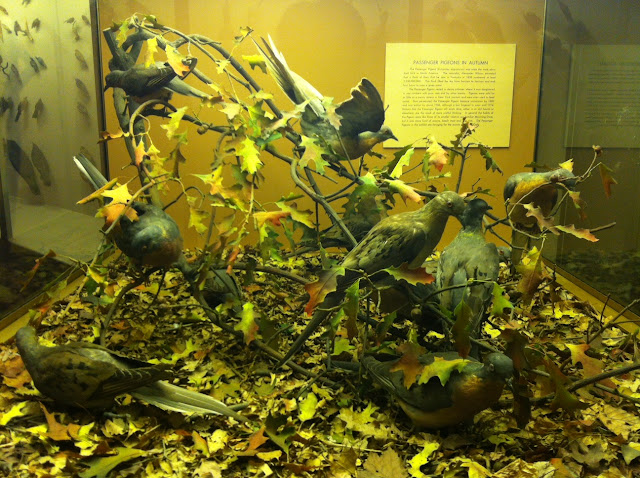 "...100 years ago this week, the very last pigeon of her kind died in her cage at the Cincinnati Zoo. Her name was Martha, and her passing merits our close attention today." Read Cornell Lab of Ornithology director John Fitzpatrick essay about the "swift" eradication of the species and the lesson of "timely conservation" in the New York Times Sunday Review.

Joel Greenberg, who wrote a book and produced a film about passenger pigeons, penned a requiem for Martha at Yale E360. Barry Yeoman for Audubon Magazine also wrote about what this species' extinction can teach us.

NPR covered a commemorative event for Martha at the Cincinnati Zoo.

National Geographic wrote about the de-extinction of the passenger pigeon!

P.S. In today's Times, Andy Revkin argues that the 19th century social network, the telegraph, hastened the demise of the passenger pigeon, while today, social media might "forestall future extinctions."

P.P.S. Was there an "additional factor" in the demise of the passenger pigeon? Elizabeth Kolbert discusses possible scenarios in The New Yorker.