The SoHo Historical Society -- You Can Make It Happen! 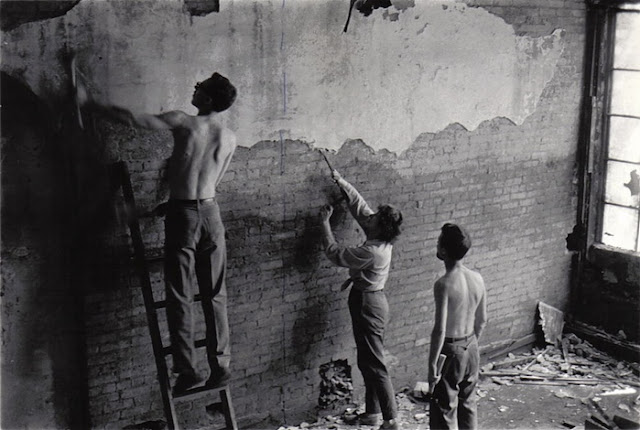 What comes to mind when you think of SoHo? Upscale shopping and luxury real estate? You will certainly find these but historically there was farmland, then industry, then artist work-live spaces and a "tight-knit community where people actually knew and liked their neighbors," and much more.

You can play an instrumental role in bringing this neighborhood's history into the public realm. Make a donation to the mobile SoHo Historical Society project on Kickstarter. The project is the brainchild of lifelong SoHo resident, Yukie Ohta. Yukie is also a writer, archivist, and founder of The Soho Memory Project blog.


I am designing and building a portable historical society that can navigate the bustling urban environment of today’s SoHo while showing a glimpse of its past. Using unconventional media such as Viewmaster viewers and a smell station, I will chronicle the evolution of SoHo from rural farmland to high-end retail hub, charting its cycles of development and thus placing current day SoHo in the context of New York City’s history.

All photos and media courtesy of Yukie Ohta at The SoHo Memory Project.