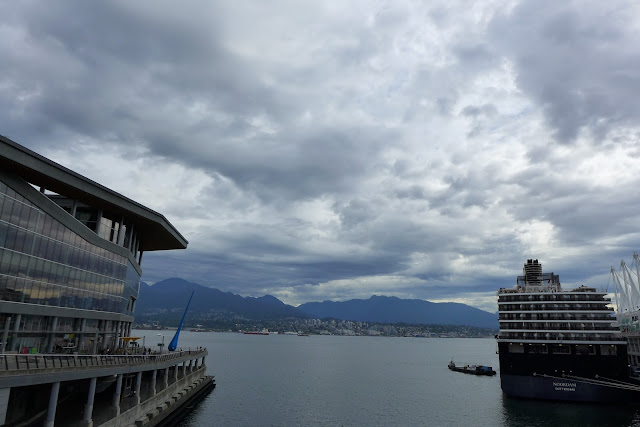 We made a work and play trip to Vancouver this summer. And we had a great time. We also visited Whistler. One of us needed a brand new passport. Congratulations on your first international trip, Little Sea! We flew from New York to Vancouver on a red eye. Luckily we all went back to sleep until a reasonable time in the morning. We started our stay in Vancouver with a low-key exploration of the Vancouver Harbor shoreline. This part of the city is all sky and water and mountains. 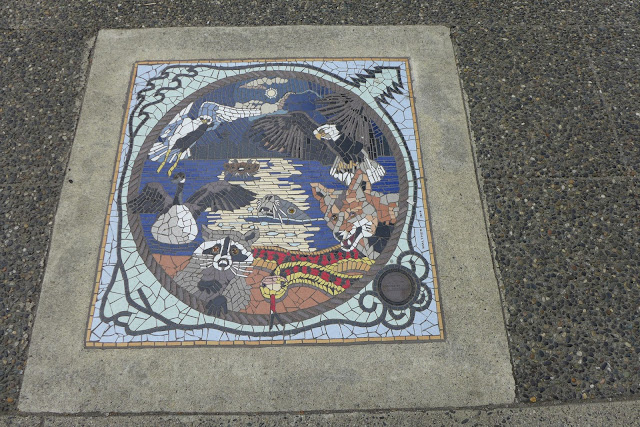 We saw lots of man-made signs of the nature of the city. 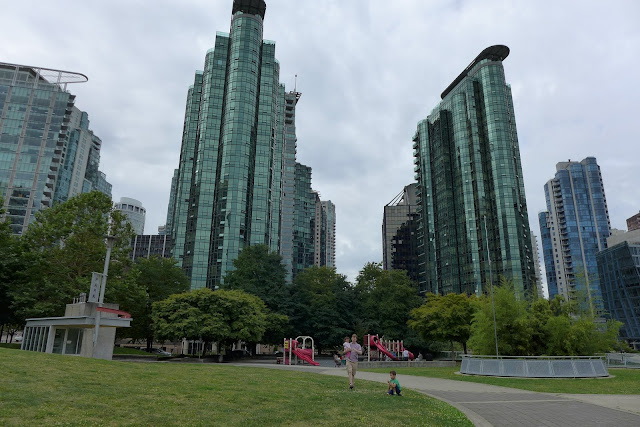 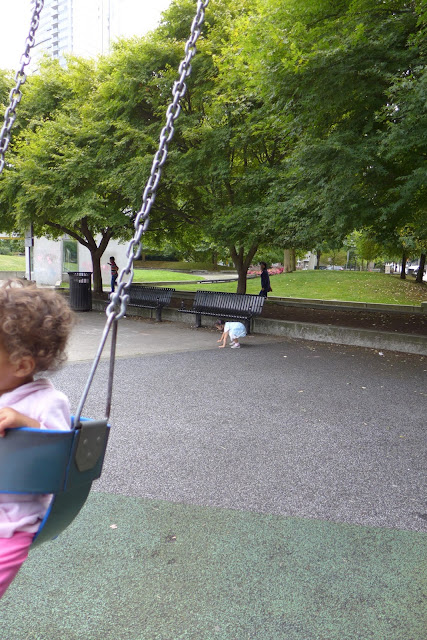 We played at Coal Harbor Park which you can think of as a green roof since it sits atop the Coal Harbor Community Centre. This is a new park; it was built in 2000. The total cost of the park, $1.5 million, was borne by Marathon Development Inc. and was a portion of the company's "community amenity contribution." 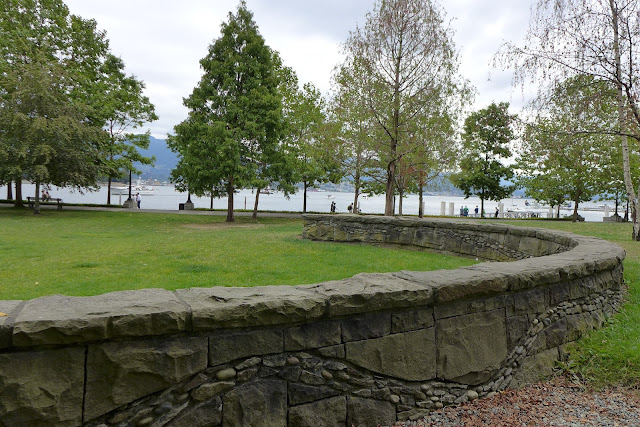 From Coal Habor we walked upland of the Seawall, admiring another wall. The Vancouver Seawall is "the world's longest uninterrupted waterfront path" at 28 km (approx. 17.4 miles)! Check out a map of the Seawall. 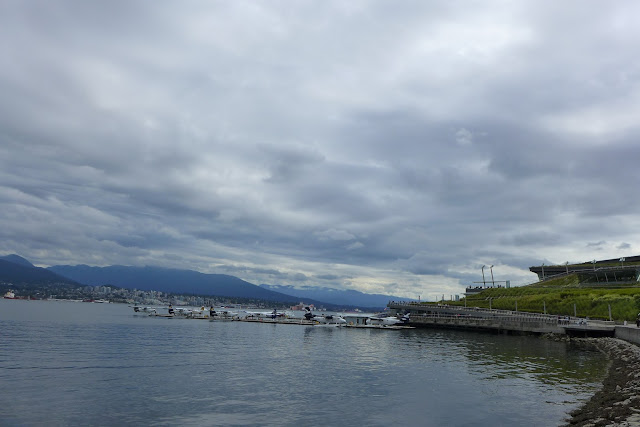 See that mass of green off to right in the photo above? That is the Vancouver Convention Centre, the site of another green roof. We spent most of our time watching the seaplanes, though. We ate lunch near the convention center followed by a nap at the hotel.

Green roof. Vancouver. About the plants from a Vancouver Sun article: "More than 400,000 native B.C. plants representing 25 species were used to cover the six acres of roof space. In addition, 40,000 bulbs were planted and 128 kilograms of flower and grass seed sprinkled to create the equivalent of the "coastal grassland," the kind of look you are most likely to see on the exposed northern tip of Vancouver Island. The best part of the roof, to my mind, is an area where 80,000 sedums have been densely planted to form a massive carpet of colour and texture on the sunny west side of the building."
A photo posted by Local Ecologist (@localecologist) on Aug 8, 2015 at 6:45pm PDT 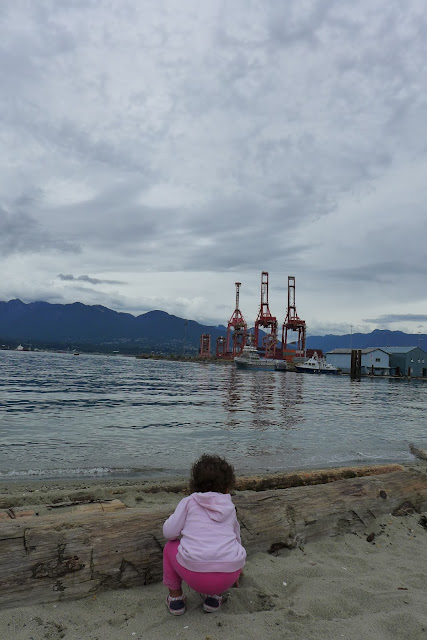 After nap, we headed out again, this time heading east through Gastown. We doubled back along the water to spend time at the beach in CRAB ("Create A Real Available Beach") Park. It was, I think, an off the beaten path first day. We started Day 2 at the Vancouver Aquarium. Stay tuned!