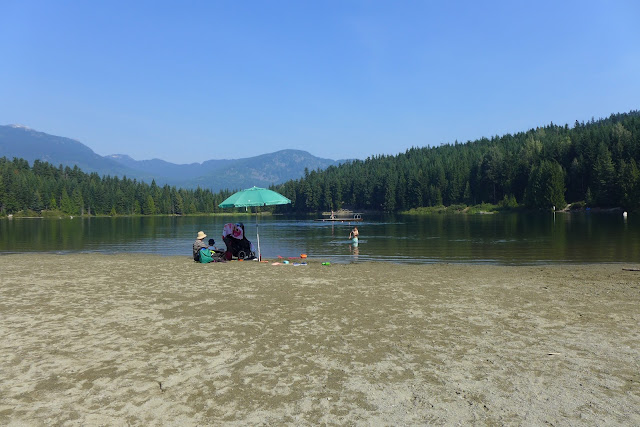 The drive to Whistler was gorgeous. All bay and mountains. We stayed in Whistler Village in a VRBO condo. We liked our hotel in Vancouver but the condo in Whistler felt like a home stay. We made a lot of our own meals and instead of some of us sleeping on an "it's seen better days" pull out couch and in a roll away cot, most of us slept on real beds. The condo had a deck but we spent much of our time outdoors, so it was hardly used.

We spent the morning of the first day at Whistler at Lost Lake, one of five lakes in Whistler. Lost Lake is in, can you guess, Lost Lake Park. From Whistler Village, you walk through wooded developments into the park. From the "beach" all you see is sky and forest. It's so easy to superlative when describing about BC! The water was warmer than I expected it to be but it was no bathtub soak - my preferred water temperature. The younger ones among us waded up to their knees. One cousin swam out to a swimming platform in the lake. 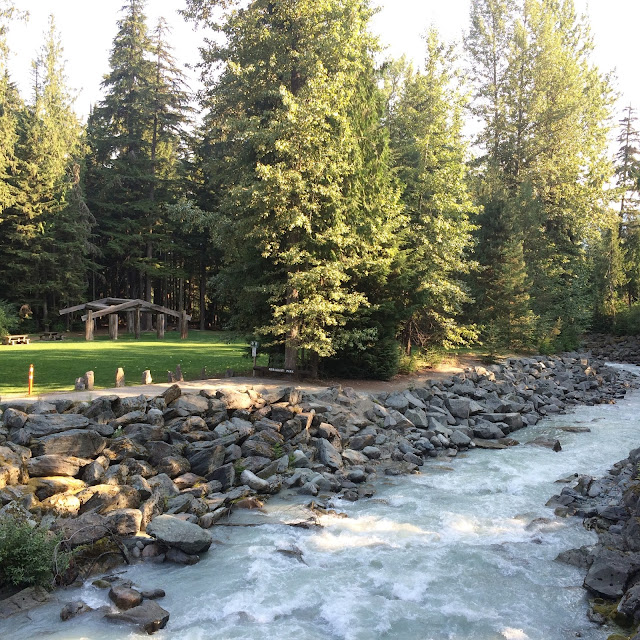 During the afternoon, a couple of us went swimming with cousins while the rest of us relaxed alongside what I thought was a river because of the velocity of the water, but is in fact a creek. Here's a telling excerpt from the Wikipedia entry for Fitzsimmons Creek.


Fitzsimmons Creek is a very large and dynamic creek with a history of debris-laden flash floods in times of heavy weather, and is dyked with heavy rip-rap in its source through the area of the village. 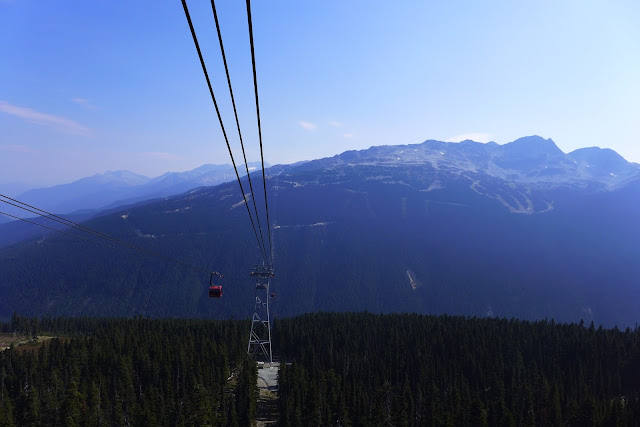 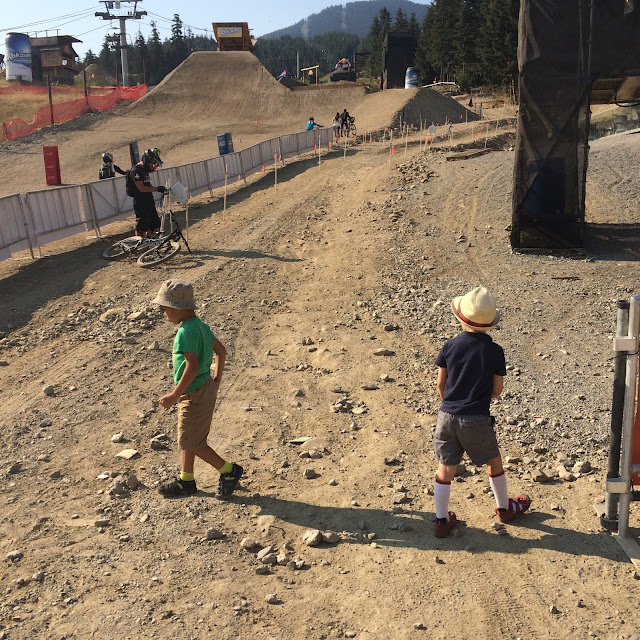 While some of us waited in line to purchase tickets, others of us checked out the dirt bike race track. 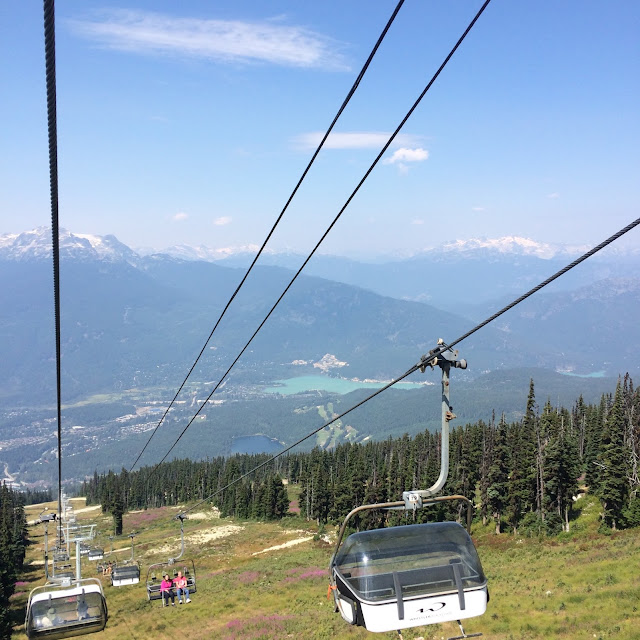 The view from the chairlift down to the village was also nice.


Before returning to the Village, however, we took a short hike and ate lunch. We saw marmots and some of us charmed some local birds to land on our hands.

The next post in this series is the final one. Stay tuned for our tour of Granville Island! Catch up on Days 1 - 4.

P.S. While in Whistler, I took a tea breaks at the Whistler Tea House and at Mount Currie Coffee.