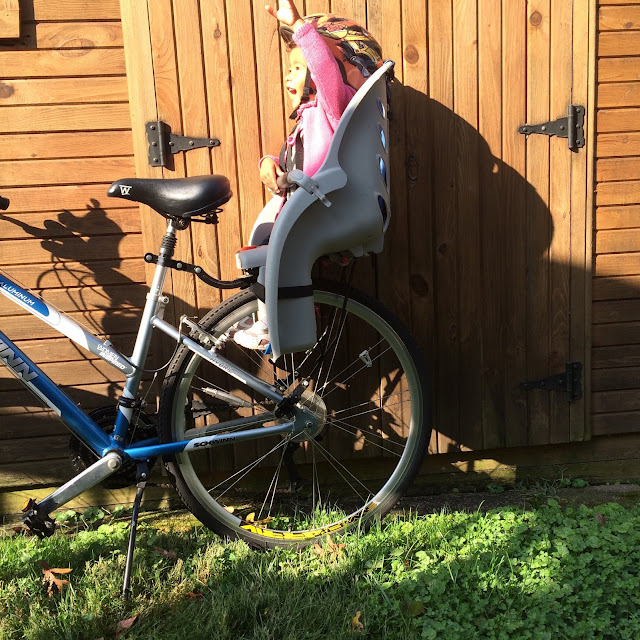 Growing up I did not have my own bicycle. My younger brother did and one of the few times I rode it, I fell and badly cut my leg. I still have a scar. I bought my first bike after college. I rode it in Los Angeles, New Haven, Boston, and in Berkeley. My bicycle was stolen in New Haven but discarded because the lock could not be broken and luckily recovered. It was a heavy bike and about half through my time in Berkeley, I needed something lighter. I sold my bike to a brother in law and bought a new one -- a Schwinn Trail Way. You will not believe it but someone stole my former bike again, and this time it was not recovered. I rode my new bicycle almost daily in Berkeley. The bike infrastructure in Berkeley is great. When we made the decision to move to New York City, I made the decision to leave my bicycle in Boston. I did not feel that I could safely bicycle in NY and definitely not with a child in tow. Sorry, NYC. 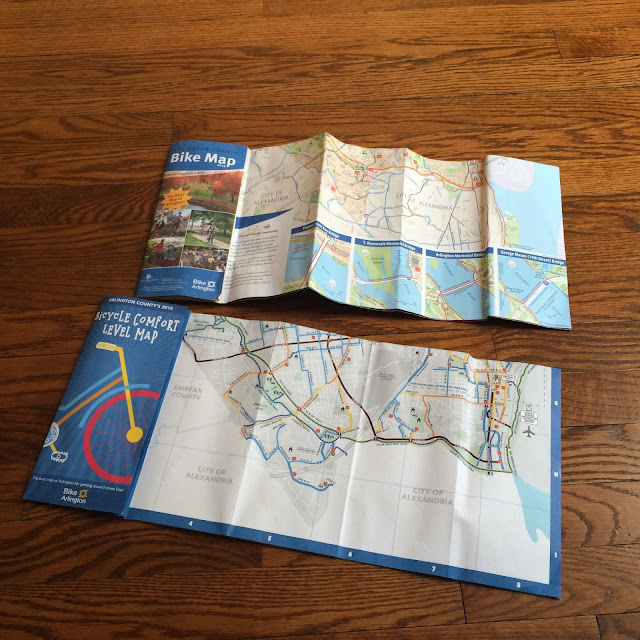 We are in Arlington, VA this year, and so is my bicycle! I like the bicycle infrastructure in Arlington. There are multi-use trails, protected bike lanes, buffered bike lanes, sharrows, bike boxes, "Fixit" stands, and more. Granted, I have not used all of the facilities, but I appreciate the arrays of options. Arlington County publishes several bicycling guides such as the "Bicycle Comfort Level Map". The County also has a multi-modal trip planning tool called CarFreeAtoZ. More than these, I perceive that motorists, pedestrians, and other cyclists are respectful of people - of all ages and abilities - on bicycles. 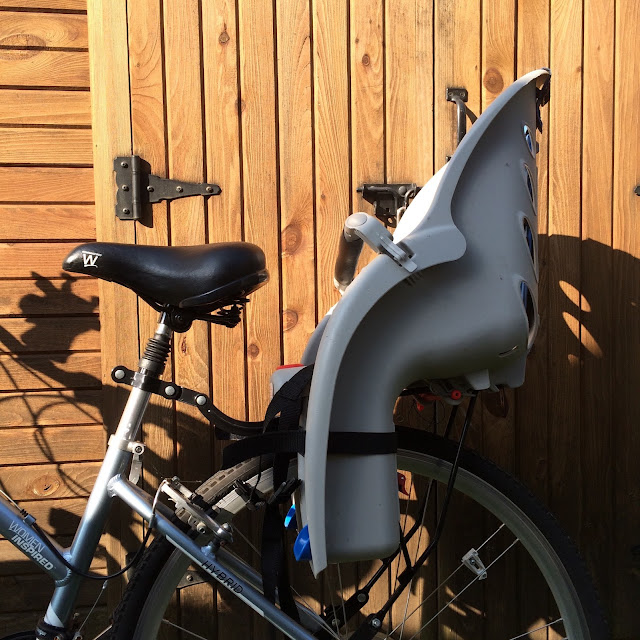 Like my bicycle, our child bike seat is from Schwinn. We bought a Schwinn Deluxe Bike Carrier for our older child but he's outgrown it, so it's been handed down to his younger sister. Fiver rides a training bicycle. (He's due for a new scooter, too. He's gotten so tall this year!) I typically carry my favorite (only) backpack on bike trips. It's a Backpack Tote from Topo Designs. It holds a lot -- camera, water bottles, snacks, diaper change supplies, wallet, book or toy, notebook, etc.


How do I use my bike in Arlington? I bike just to bike. It's another way to be outdoors. I bike to nearby playgrounds. I bike into Clarendon to shop for groceries or to run errands. I bike to bigger parks then hike. I haven't done longer rides with both children. A training bicycle is not ideal for long distances especially on terrain that is not flat the entire route. I have a Biking in Arlington, VA board on Pinterest where I have pinned a few dream accessories -- a double kickstand would be great -- and family bicycles. I like the Yuba Mundo. However, by time I save enough money, Fiver will likely be riding a two wheeler and Little Sea will be trying to keep up with him on a scooter or a training bicycle!

Do you travel by bicycle?