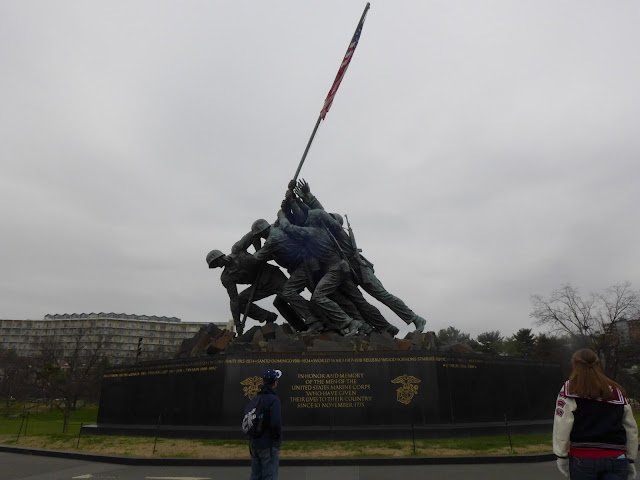 We have a long bucket list of parks, memorials, monuments, and museums to visit while we live in the DC area. Last weekend we spent the morning at two National Park Service sites in the Rosslyn neighborhood of Arlington: the Marine Corps War Memorial (flag raising at Iwo Jima) and the Netherlands Carillon.

Learn about the Marine Corps War Memorial on the NPS website. What I found particularly impressive about the statues were the details of faces, clothes, and equipment. From the NPS website:


Sculptor Felix W. de Weldon, then on duty with the US Navy, was so moved by the image that he constructed first a scale model and then a life-size model of it. Gagnon, Hayes, and Bradley, the three survivors of the flag raising (the others were killed on Iwo Jima), posed for the sculptor as he modeled their faces in clay. All available pictures and physical statistics of the three who had given their lives were collected and then used in the modeling of their faces. 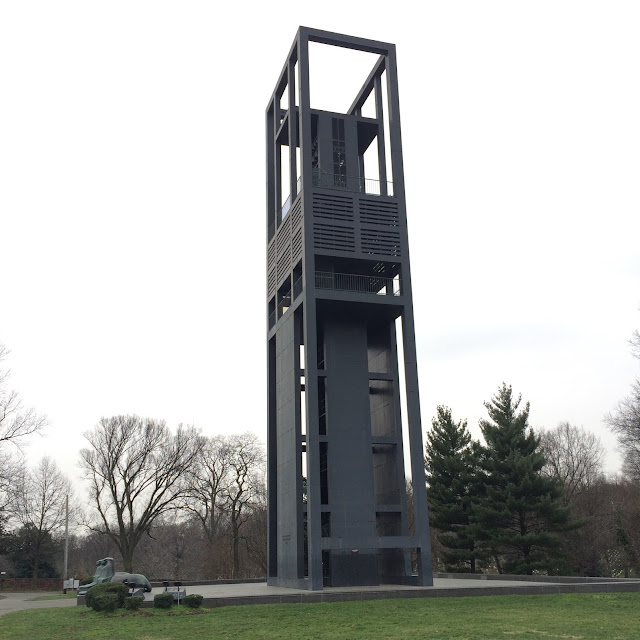 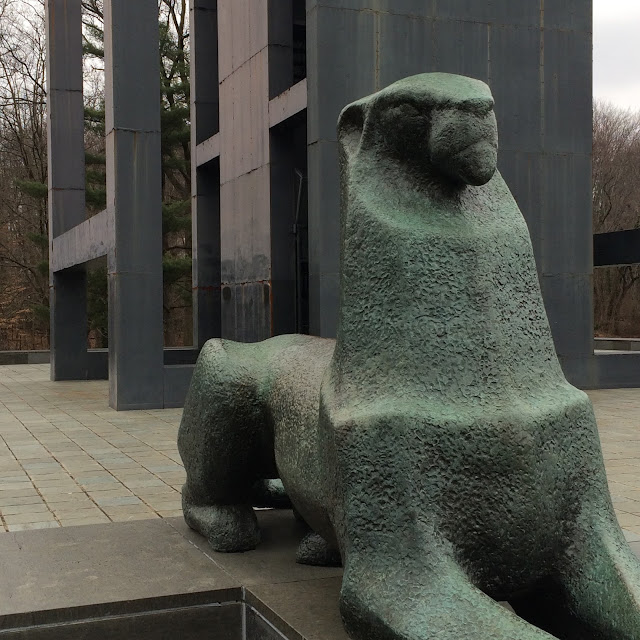 Across the road from the war memorial is the 50-bell Netherlands Carillon, a gift from the Dutch to thank the U.S. for aid given during and after World War II. We had seen this structure several times from the highway but did not know what it was until we visited. In fact, we had only intended to visit the war memorial; we hadn't realized the proximity between the two national parks. We also were unaware that there are automated concerts; we left before the noon performance. There a second daily performance at 6 p.m. Live concerts take place in the summer and the schedule is published in the spring. The carillon tower is fairly substantial; it is steel -- 127 feet high by 25 feet deep by 36 feet wide. The feature we gravitated towards were the two bronze lion sculptures at the foot of the plaza which were designed by sculptor Paul Koning. Joost W. C. Boks, an architect, designed the tower. 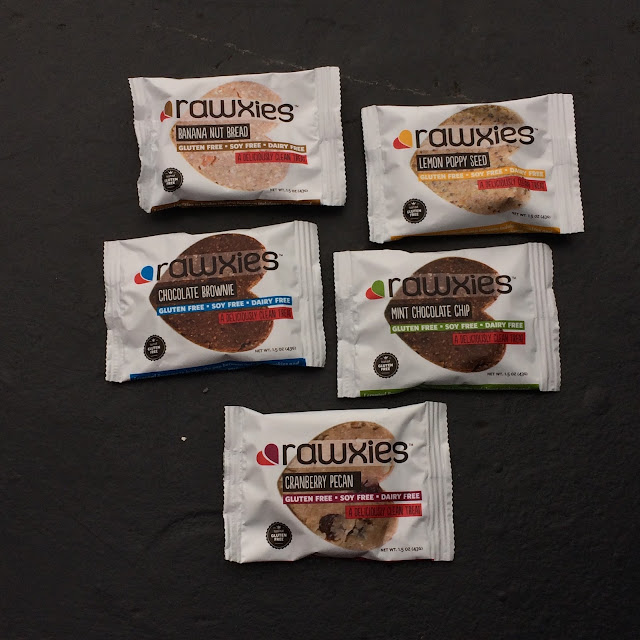 The morning of our outing was damp and very cold but the NPS memorials were engaging and the view across the river of several of the National Mall sites was impressive. After our sightseeing we treated ourselves to several Rawxies bars. According to Callie England, the founder, the bars "bridge the gap between indulgent cookies and nutritional food bars." Rawxies are gluten free, soy free, and dairy free. We ate Mint Chocolate Chip, Chocolate Brownie, Banana Nut Bread, Lemon Poppy Seed, and Cranberry Pecan.


Our favorites were surprising. I thought the chocolate bars would have won hands down but Lemon Poppy Seed and Cranberry Pecan each received two votes for favorite. We really liked the bright lemon flavor and the poppy seed texture. The Cranberry Pecan was a nice balance of nutty and tart. Find out where you can buy Rawxies.