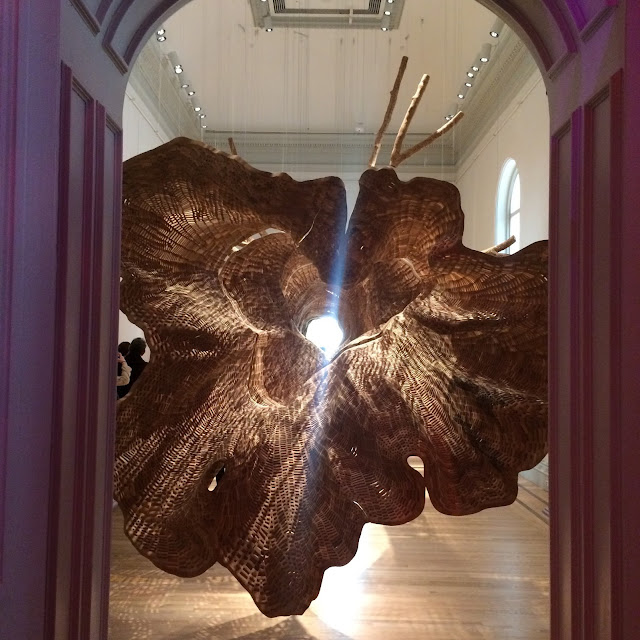 The new exhibit, Wonder, at the Renwick Gallery in Washington DC is awe-some. Using everyday objects, nine artists created nine "immersive" artworks to make visitors literally wonder. I recognized the name of three of the artists -- Patrick, Dougherty, Leo Villarreal, and Maya Lin. I first saw Patrick Dougherty's stick sculpture at the Parque del Retiro in Madrid. Leo Villarreal designed The Bay Lights in San Francisco and Hive in the Bleecker Street NYC subway station. Maya Lin is Maya Lin. The other six artists are Jennifer Angus, Chakaia Booker, Gabriel Dawe, Tara Donovan, Janet Echelman, and John Grade. The artworks are presented in the order in which I saw them. 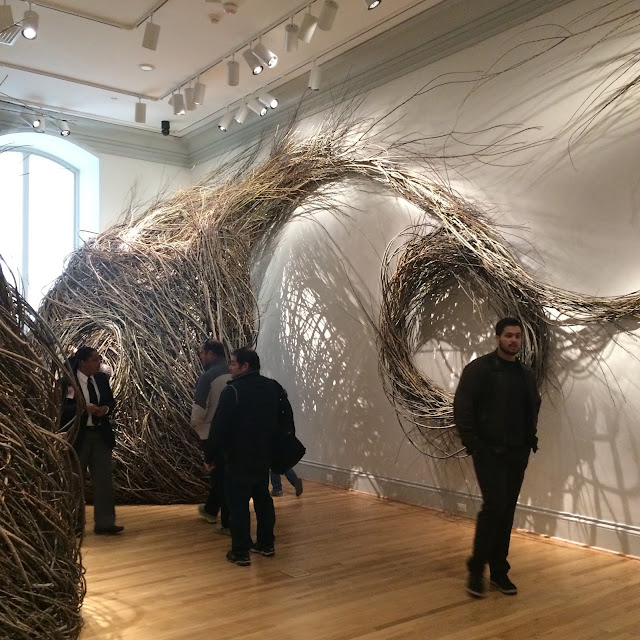 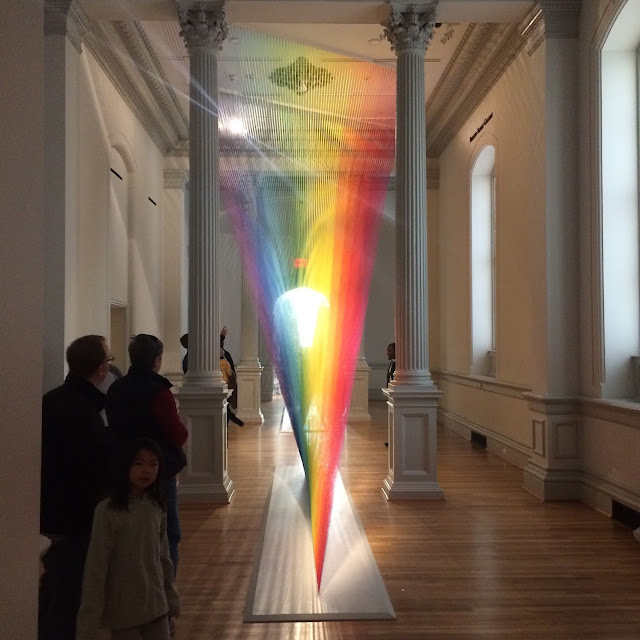 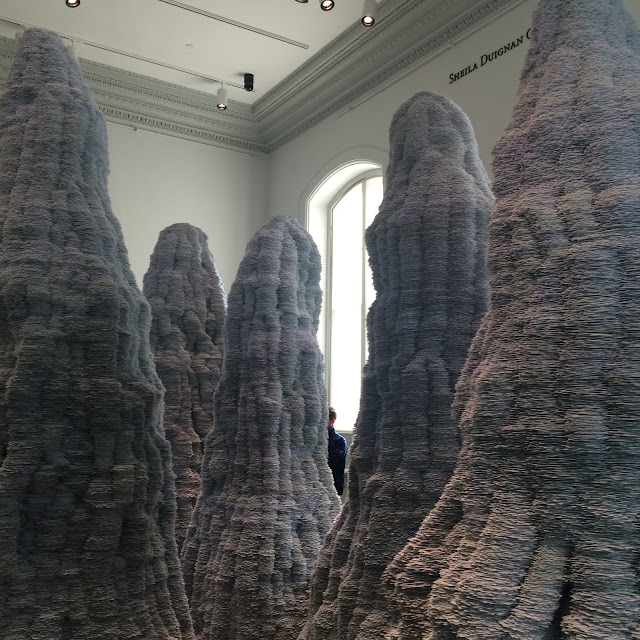 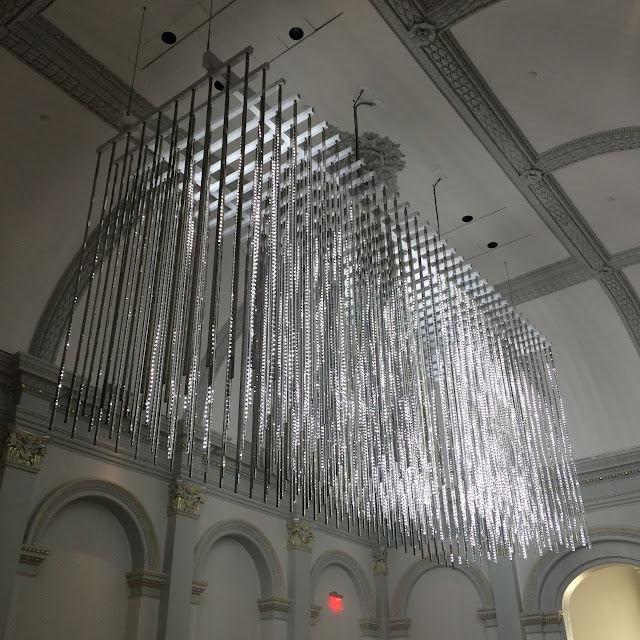 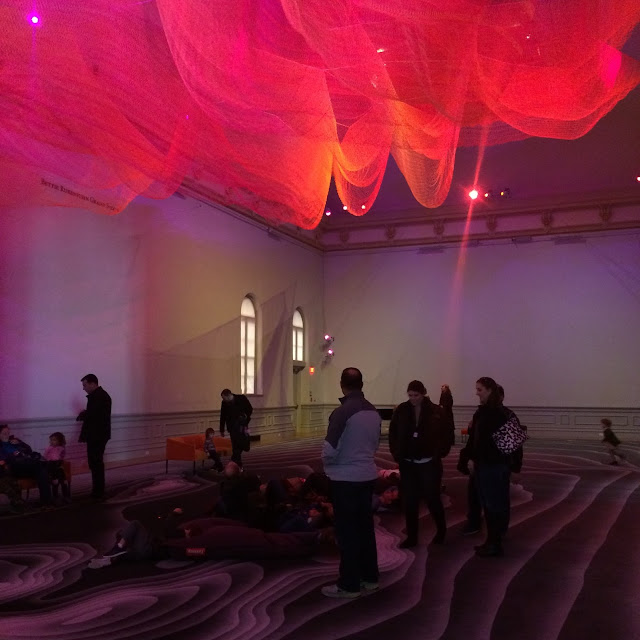 1.8
Janet Echelman
2015
I have not done this for the previous entries but wanted to highlight the significance of the title of this work. The March 11, 2011 Tohoku earthquake and tsunami were so strong that the earth was shifted on its axis and the day on which the event occurred "was shortened...by 1.8 millionths of a second." 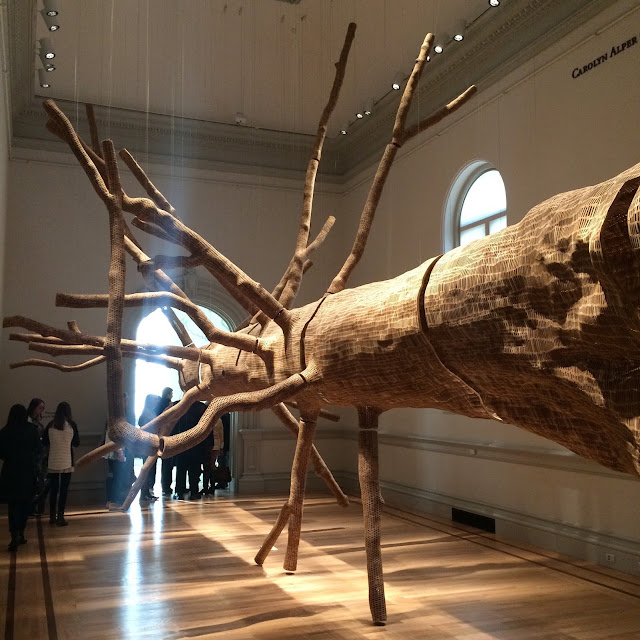 Middle Fork
John Grade
2015
I'm going to annotate this work as well. This piece was created from a plaster cast of a living 150 year old hemlock in Seattle's Cascade Mountains. The artwork will be set in the same forest at the closing of the Wonder exhibit. 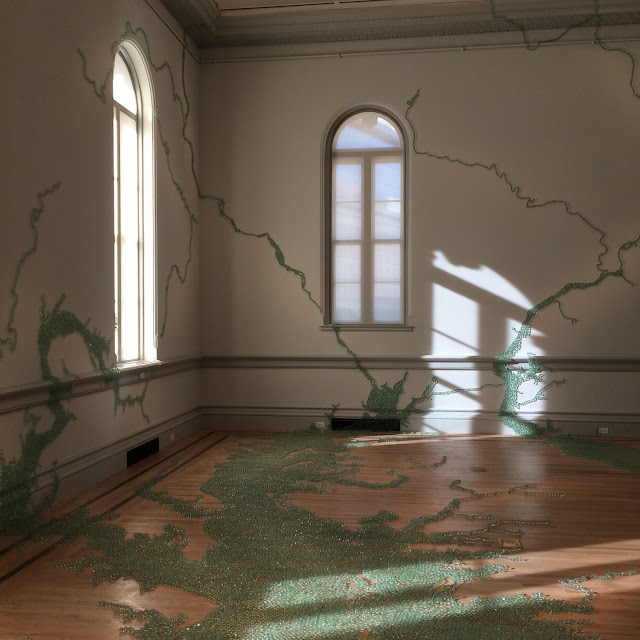 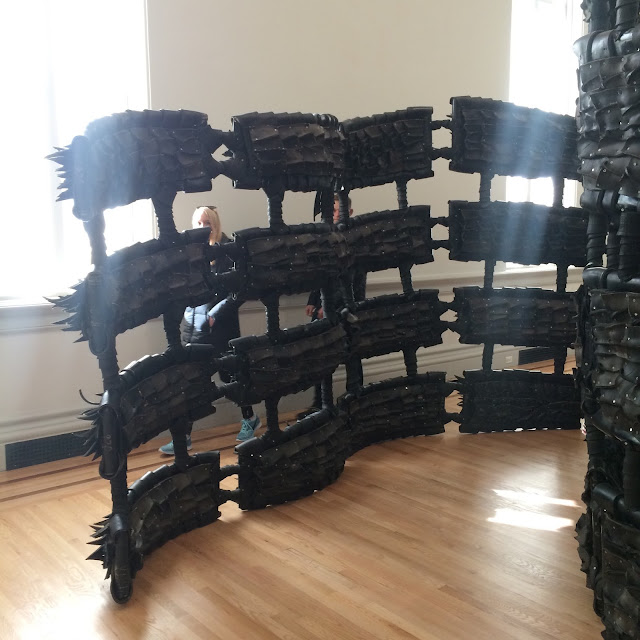 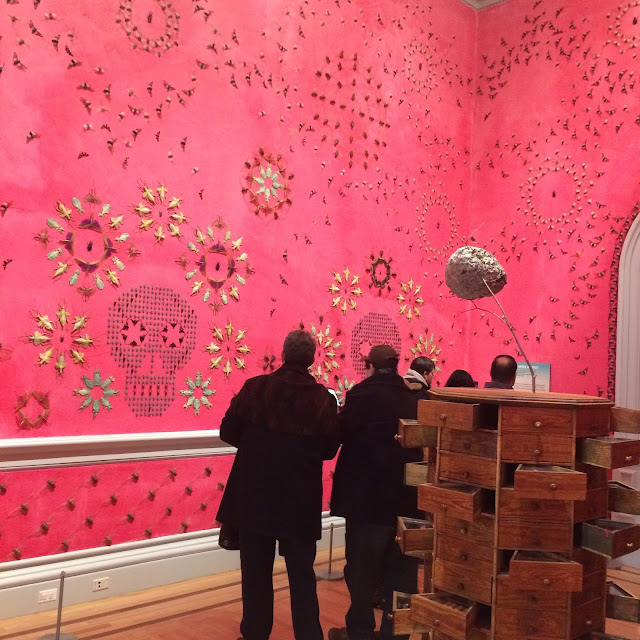 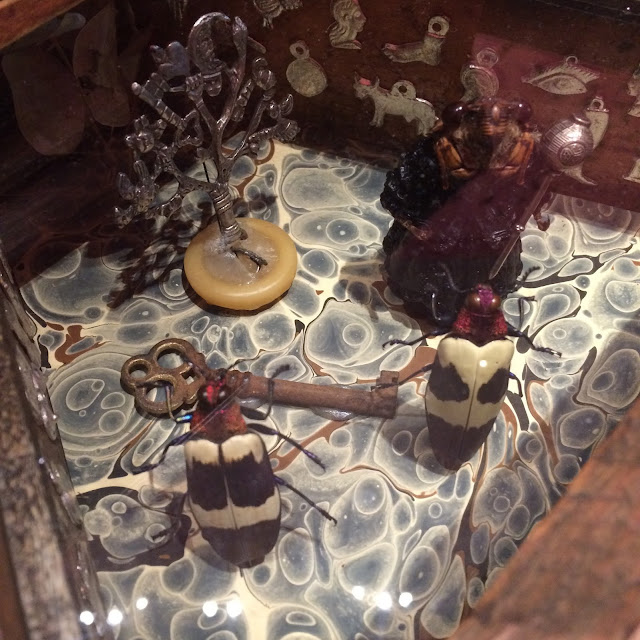 In the Midnight Garden
Jennifer Angus
2015

Do you have a favorite piece? I was really struck by the use of color in Jennifer's Angus piece. It's also a great celebration of insect life. As an urban forester, it was a pleasure to be introduced to John Grade's work and to see another sculpture by Patrick Dougherty. And I'm happy to finally see one of Maya Lin's works in person.