Children Around the World by Peter Guttman 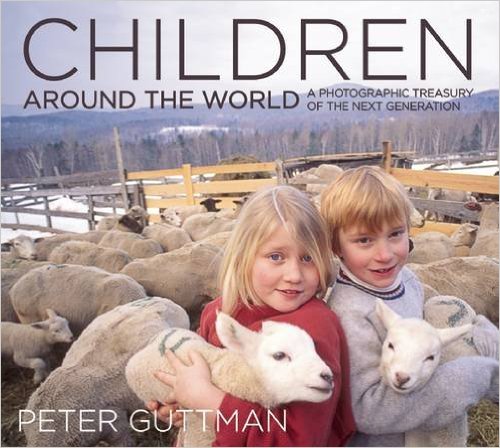 We are several days into February and Black History Month, and less than three weeks ago we celebrated Dr. Martin Luther King, Jr. Day. Although Peter Guttman's Children Around the World: A Photographic Treasury of the Next Generation does not deal with African American history, it is a worthwhile book to share with a child this month. 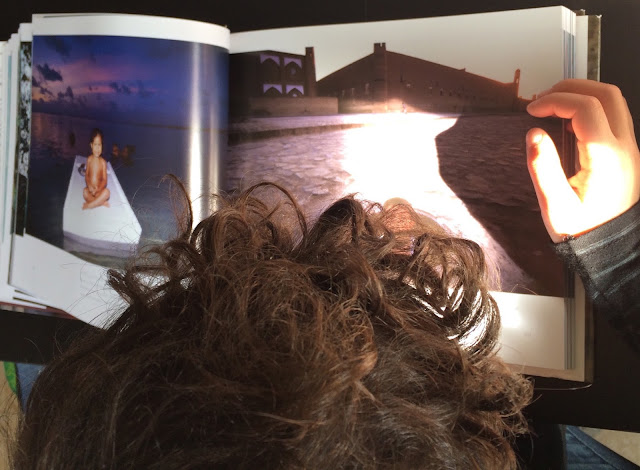 The extraordinary diversity of ethnicity, culture, economic class, and really every aspect of how people inhabit the Earth are captured in Guttman's captioned photographs. I bought a copy of this book for our younger child because she enjoys looking at photographs of children, but it is my older child who looked deeply and asked many questions. 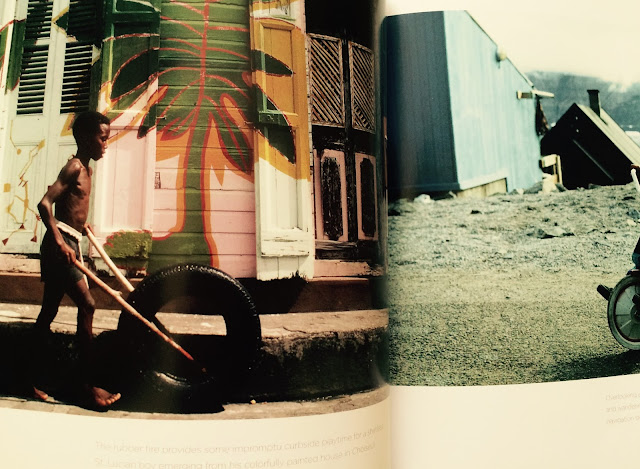 He was curious about why children his age dressed, lived, and engaged in activities unfamiliar to him. For example, on page 86, he was surprised to see a boy playing with a rubber tire in the road. The boy from St. Lucia was pushing a tire with the aid of two sticks. For other photographs he pointed to landscapes, animals, foods, and play with which he is familiar. The scene on page 171 of two children building sand castles on a beach on Prince Edward Island reminded of us of our times on the beach in New England. His favorite, though, is of the boy walking through a "crystal palace" of lake ice in New York State. 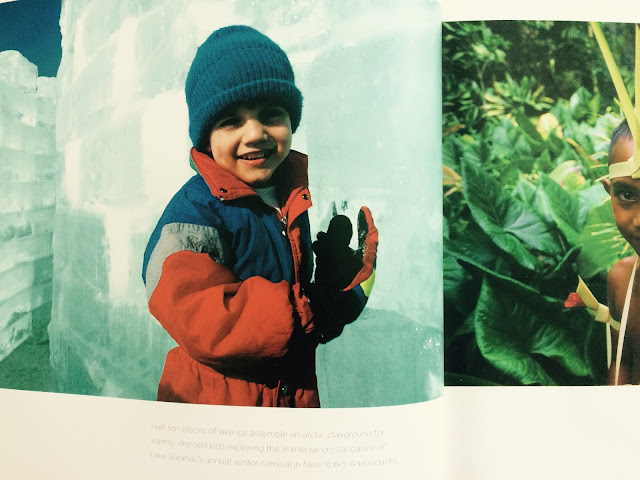 It was a pleasure to look through the book with my children, and on my own. My own questions were about how the author received access and permission to photograph the children featured in the book. He must have a very strong rapport with children. For the most part, the children's faces convey joy and trust. For the children with less than joyful expressions, it seems that it was a matter of personality or circumstance. Peter Guttman was interested in photographing "a disappearing world where youthful sensibilities connect more authentically with their actual friends and playmates" so you will note that none of the photographs feature a piece of contemporary technology. Another notable element of the photographs, and this likely is related to Guttman's focus on "slowly vanishing cultural diversity and fragile landscapes," is the lack of explicit symbols of material wealth.

The cover photo is an interesting choice given the global diversity focus of the book, but there is an equally delightful photo on the back cover. I couldn't discern the theme in the overall presentation of the photographs, but images on facing pages are related to each other. Also, the images in the first half of the book tend to be portraits of a single child while the photographs in the second half of the book are group shots. Still, I would have liked to see a table of contents or index. A world map displaying the places pictured in the book along with page numbers would be helpful for future readings of the book. However, the absence of these wayfinding features could have been deliberate. In his introduction to the book, Peter Guttman places a high value of spontaneity.

A review copy of Children Around the World was provided by Skyhorse Publishing.