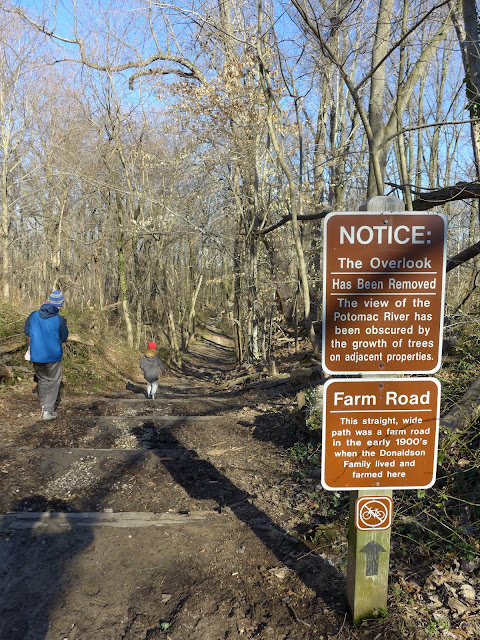 One of the things we really like about living in Arlington County, Virginia is the diversity of public parks within its 26 square miles. Parks are managed by Arlington County Parks & Recreation and by the Northern Virginia Regional Park Authority also known as NOVA. There are three nature centers in the county, two of which are managed by the county and the other by NOVA. The two county centers are Long Branch, which we have visited numerous times, and Gulf Branch, which we have not been to. The NOVA center is Potomac Overlook Regional Park, which we visited for the first time last weekend. Each nature center offers "hands-on, educational opportunities to understand and appreciate our natural resources" as well as interpretive exhibits within the actual center building and woodland trails. 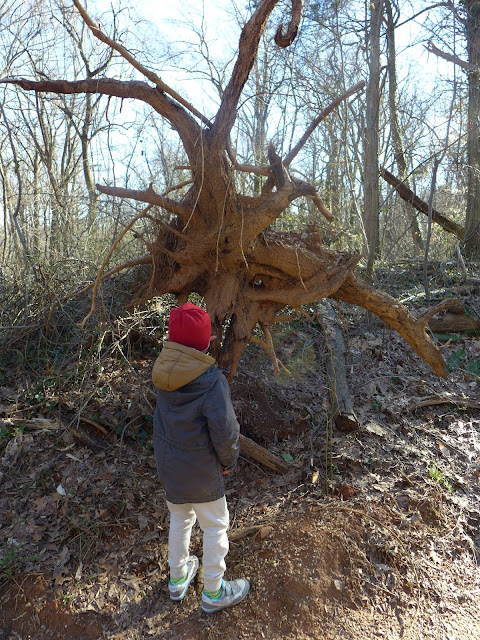 Two features of Potomac Overlook Regional Park sets it apart from the county nature centers. The first is the setting. The park overlooks the Potomac River though you can't see the river now as well as you could thirty years ago, which is a large understatement. The trees in adjacent National Park Service land now block the view though a staff person told us it's possible to peek at the river in the winter when most trees are leafless. However, a sign on the trailhead said the overlook was closed to visitors. 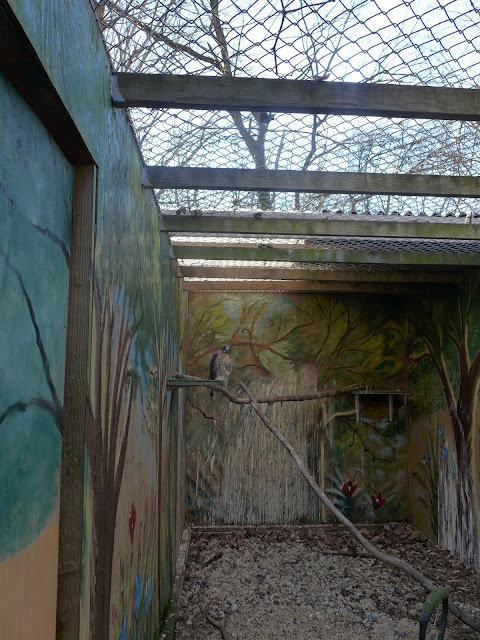 The second highlight of Potomac Overlook is the exhibit of live, rehabilitated birds of prey. These birds were rehabilitated by the Raptor Conservancy of Virginia but the nature of their injuries make them unlikely to survive in the wild so these "non-releasable birds" are housed in the center's Birds of Prey House. During out visit we looked in awe at a red-tailed hawk, two barred owls, and a great-horned owl. 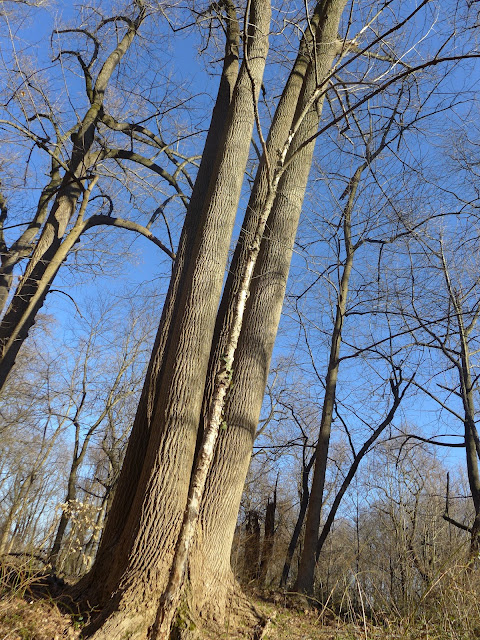 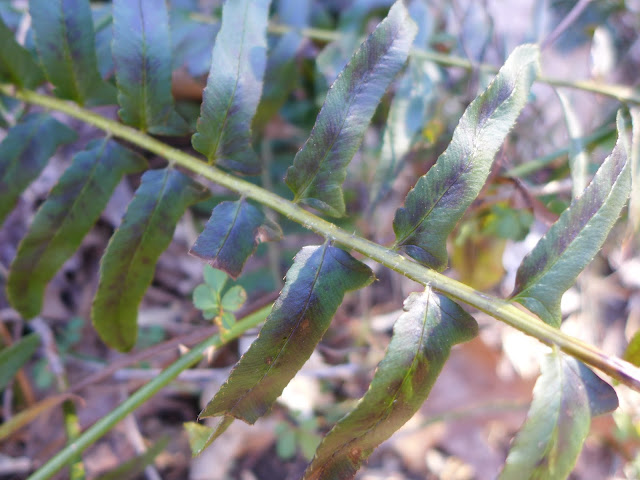 We entered the park from Marcey Road. We started on Overlook Trail and veered off unto Red Maple Trail and ended up at the nature center. We only learned the names of the trails after consulting a trail map. Along on the way we collected quartz, pondered about a cranberry garland hanging in a tree, looked closely and ferns and moss, read a plaque about a cemetery which used to be in the park, admired the four trunked tulip poplar, also admired the compass embedded in a low fence around a memorial tree, and checked out the solar panel installation. 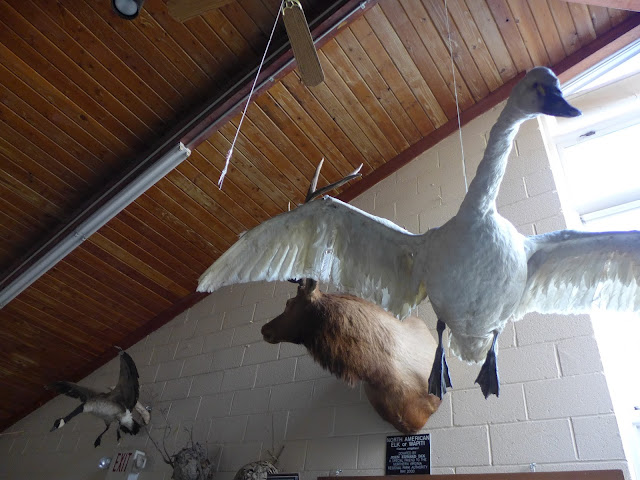 We did all of this before looking at most of the interpretive exhibits in the nature center building which included skeletons and live (turtles, snakes, for example) and taxidermies animals. And then crossing the road to view the birds. 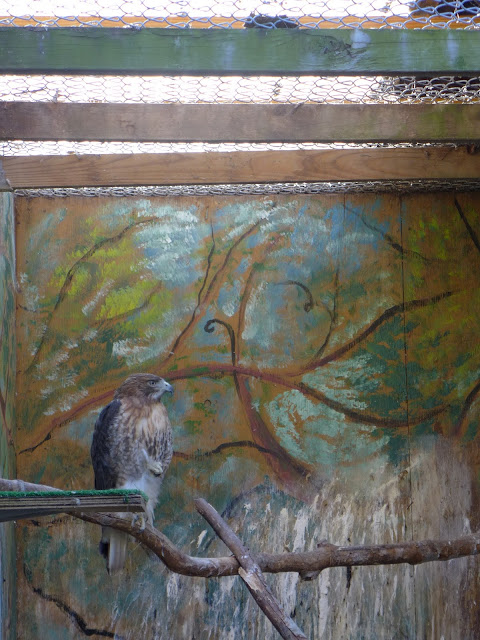 Of Long Branch and Potomac Overlook, we prefer the latter. I would like to go back to see the various gardens and orchard in bloom and to explore the Indian village site, the Heritage Trail, and Marcey Creek.

Visit the Local Ecologist Flickr to see more photos taken during this hike.