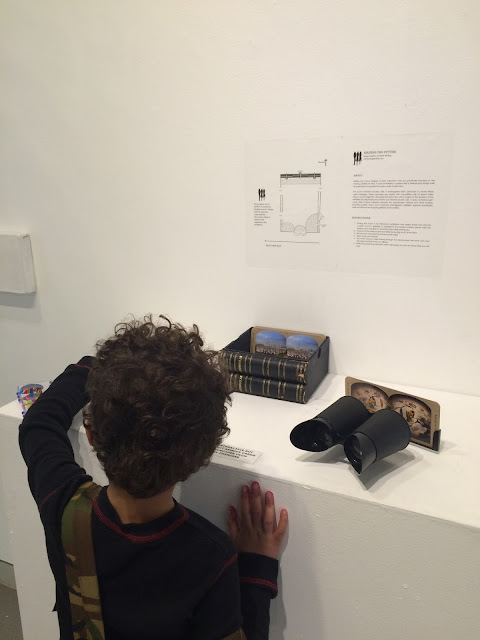 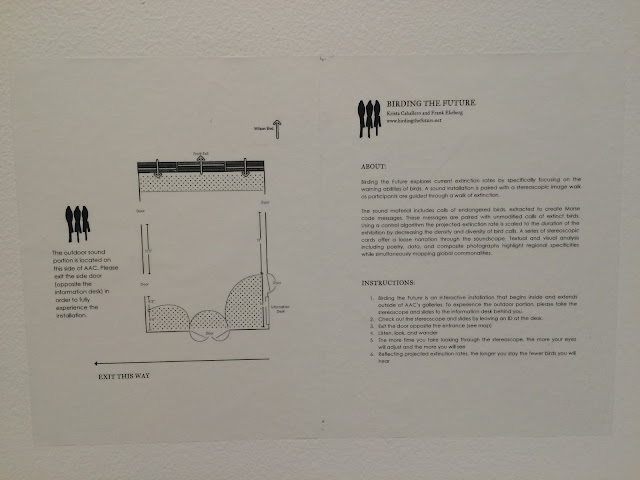 One of our favorite installations at the King of the Forest exhibit currently at the Arlington Arts Center (AAC) is Birding the Future. Designed by Krista Caballero and Frank Ekeberg, Birding the Future engage users around contemporary species, habitat, and biodiversity loss which has been terms the "Sixth Extinction." The piece has indoor and outdoor components. Inside the gallery is a small shelf that holds the stereoscope (it resembles a binocular) and the bird slides. Two sets of slides have been produced -- Queensland Australia and Arabian Peninsula -- and I assume both sets were provided at AAC. The outdoor soundscape is made of several pieces: computer for audio triggering and playback, small loudspeakers, audio amplifier and loudspeaker cables. Each slide triggers a particular sequence of bird "calls". As the user walks away from the gallery door into the courtyard, the number and frequency of the bird calls decline, mimicking the estimated rate of extinction for that region. 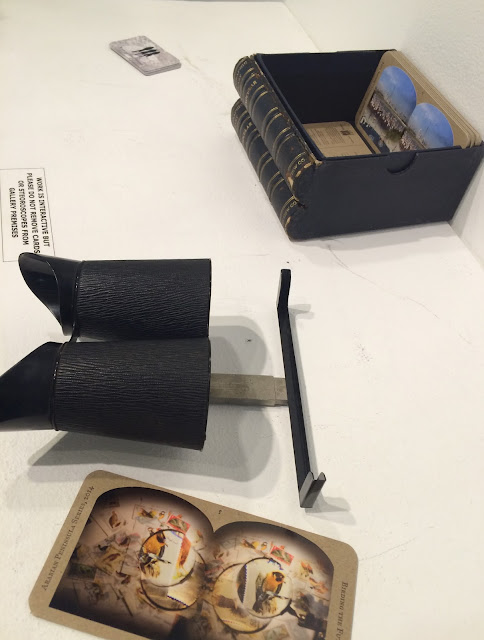 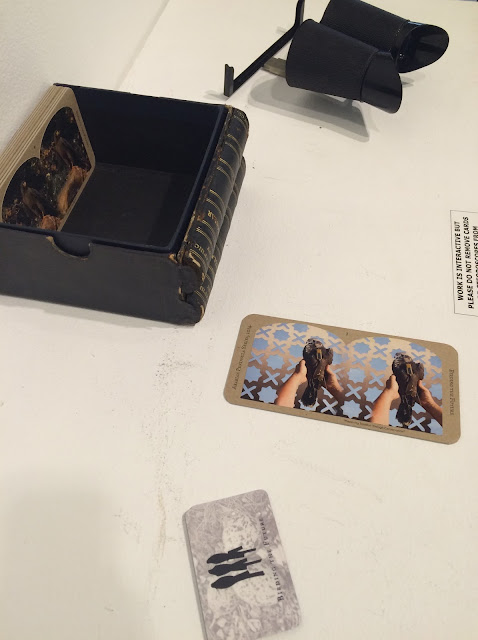 The art on the front of the slides are fantastical -- you recognize birds in the imagery but it is not a purely realistic rendition. On the reverse of each card is text including calls to action and poetry. The stereoscope is a bit awkward for a young child but using it definitely mimics the sensation of bird watching. We were intrigued by the bird sounds, backtracking to figure out where the initial decline could be detected and looking out for the computer and speakers. 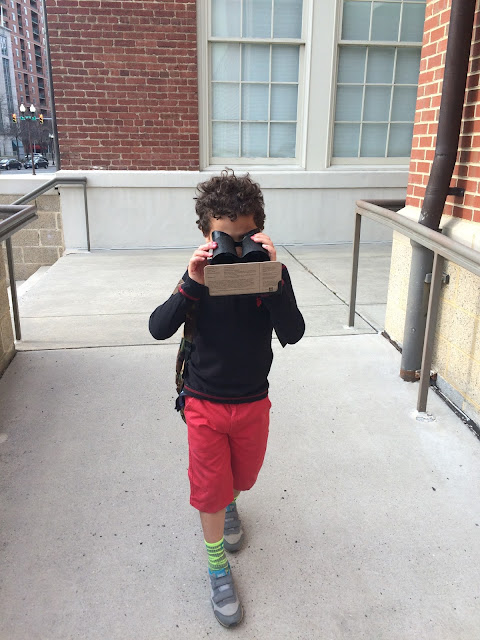 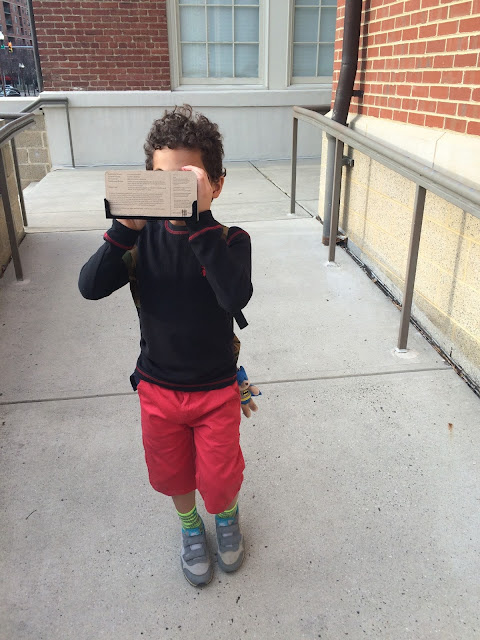 The interactive nature of this installation appealed to my son. We found that the most fascinating pieces in the King of the Forest exhibit -- and this is true of other exhibits -- had a multi-sensorial component. For example, Lisa Crafts 4 Natures Mortes film and David D'Orio's & Henrik Sundqvist's Buzz. You can watch a video of Buzz here. Learn more about Birding the Future.