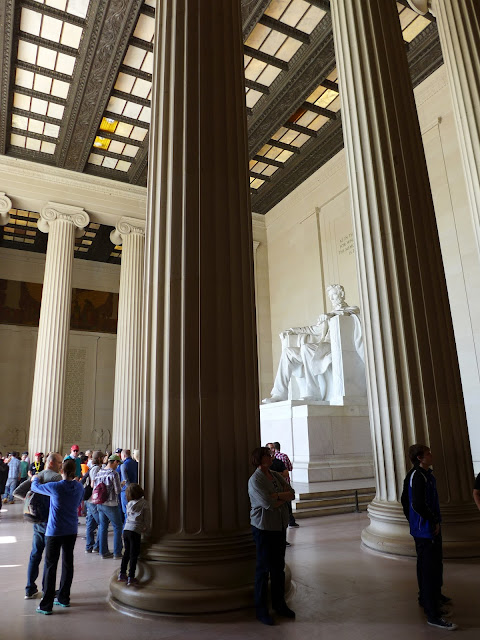 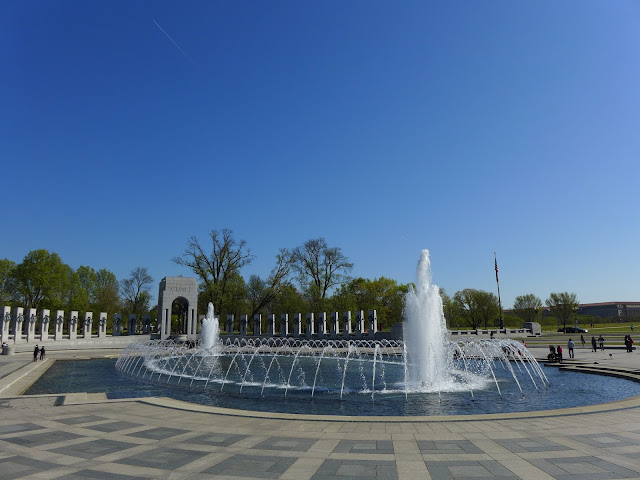 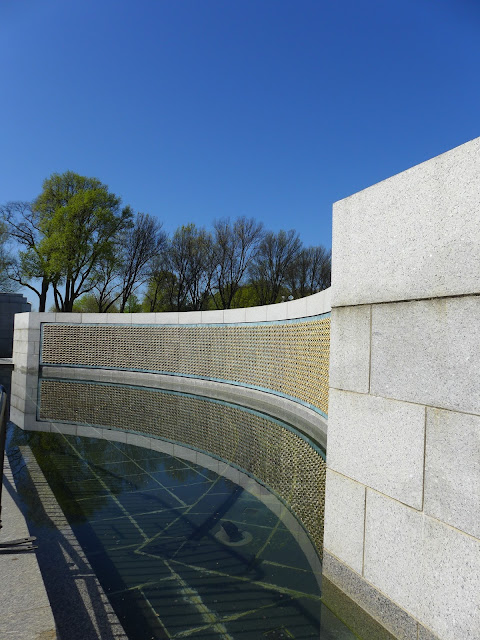 We drove into DC on a bright sunny Saturday morning. We parked on Constitution Avenue across from the Washington Monument. Our first stop was the National World War II Memorial. The fountain is exuberant but also calming. Another feature of the memorial that I was drawn to is the Freedom Wall which is decorated with 4,058 stars each of which represents 100 Americans who died during the war. From there we walked along the northern side of the Lincoln Memorial Reflecting Pool towards the Lincoln's statue. The pool is lined with an allee of mostly mature trees including some very old, large American elms. 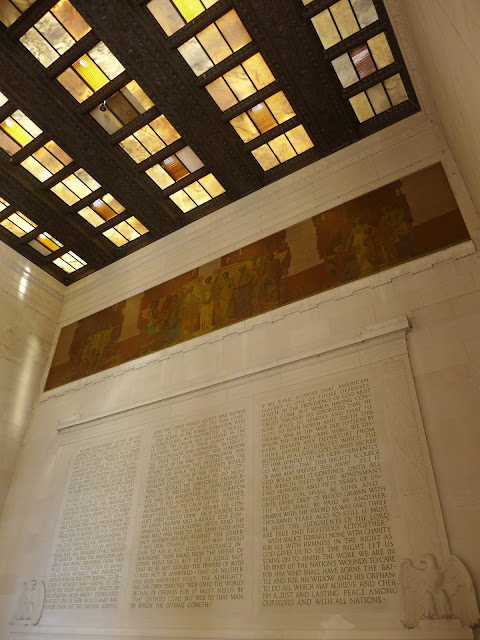 I walked up the steps of the Lincoln Memorial for the first time that day. The memorial is beautiful. The temperature and light quality in the interior makes the space feel like a refuge even among the crush of visitors. The edges of the interior are less crowded and contain the Speeches (the Gettysburg Address and Lincoln's Second Inaugural Address) and the Murals ("The Angel of Truth" and reunification). 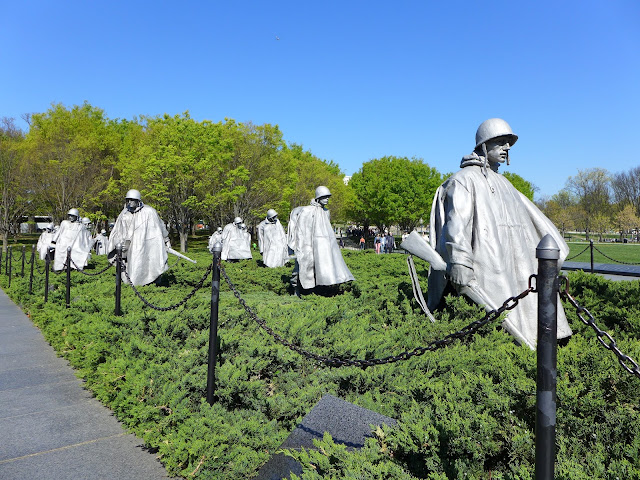 At this point we had a decision to make. Should we visit the Korean War Veterans Memorial or the Vietnam Veterans Memorial? We were scheduled to tour the West Wing and thought we only had time for one of these memorials. Fortunately for us, we were able to visit both. I had seen photos of the Korean War memorial in the winter and was struck by the loads of snow on the statues. The memorial is striking in person and on a spring day. The expressions as captured by the sculptor Frank Gaylord are very realistic. The faces are haunting. Researching the memorial after our visit, I learned that the statues represent the ethnicity of the troops who served in that war. 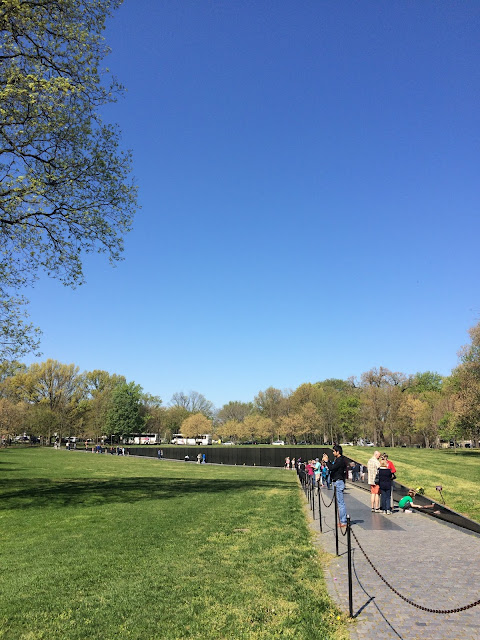 The Vietnam Veterans Memorial is actually composed of four parts of which the Memorial Wall is probably the most well known component. We did not see The Three Servicemen, the Vietnam Women's Memorial, or the In Memory Plaque for those who died after service in the war. We walked the wall from west to east. You start walking at one tapered end and end at the other tapered end both of which are well below knee height. The height of the apex of the wall is 10.1 feet. Walking the wall elicited a sinking feeling as you literally descend below ground. There is almost a sense of release when you emerge on the other side. 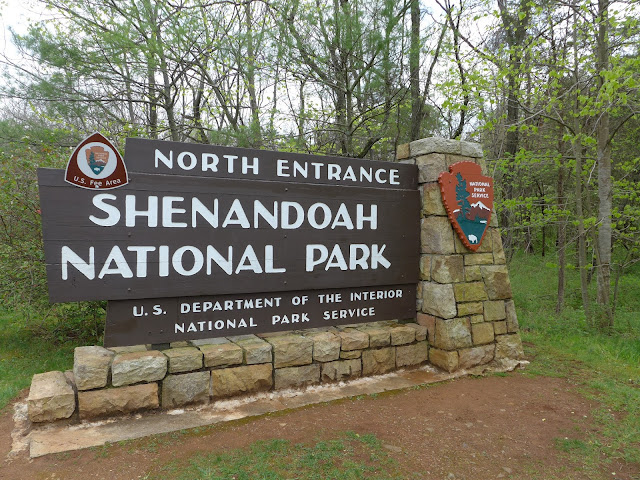 One week after our National Mall excursion we visited Shenandoah National Park. This was my first* trip to Shenandoah and it is something I have wanted to do since college. In my freshman class there was a girl named Shenandoah. We left Arlington in the rain but well before we arrived at the Dickey Ridge Visitor Center, the rain had stopped, though it drizzled for a short time on our hike. 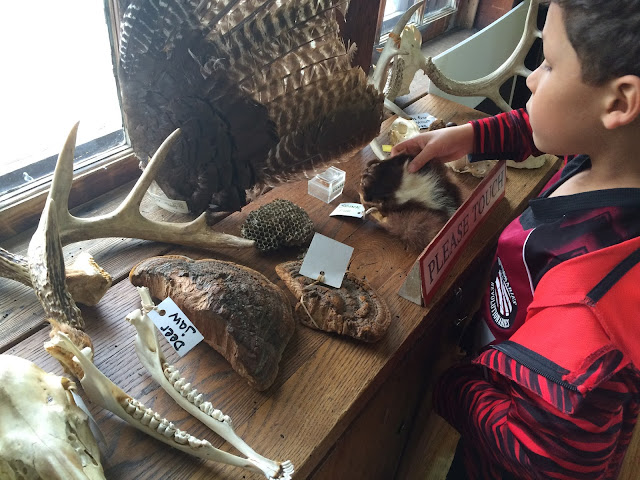 The visitor center was a big hit. There is a animal artifact display table with a prominent sign that reads, "Please Touch." My son asked why visitors were encouraged to touch the display and I answered that it was a way for us to better understand and appreciate the wildlife that live in the park. 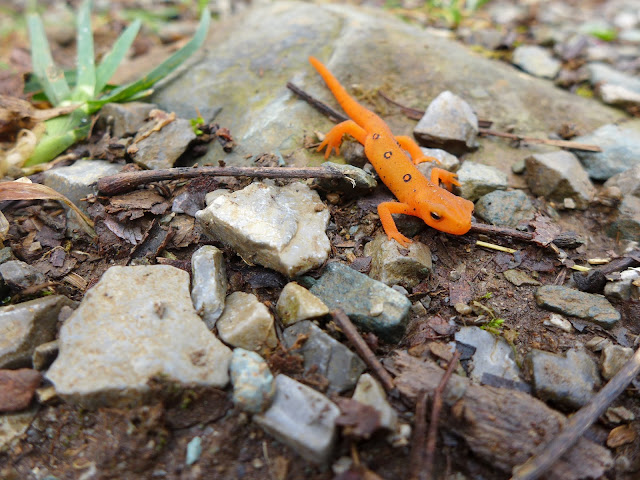 We asked the park ranger to recommend a hike given the following factors: (1) It might rain; (2) It was our first visit to the park; (3) We were a party with two young children, one of whom is a toddler and would be hiking during her nap time. He recommended hiking the Fox Hollow Trail [pdf] specifically walking to see Snead Farm. We started our hike east of the picnic area. It was a slightly hilly walk which led to foot dragging and calls for piggy pack rides but also running downhill. We saw a blue bird which I thought was a Bluebird but it might have been an Indigo Bunting. We also observed two Eastern red-spotted newts. I was the only interested in walking around the Snead Farm barn. (You may have seen my walkabout on Periscope. If you use the app, my handle is @locaecologist.) 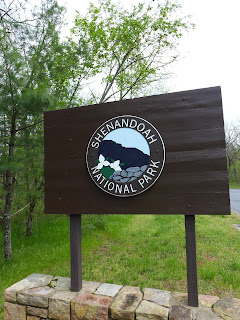 The park was abloom with dogwoods. The American dogwood is the state flower of Virginia and the Shenandoah floral logo resembles a dogwood flower (well, the flowers surrounded by white bracts).

Did you observe National Park Week? If you didn't which national parks are on your bucket list?

*Shenandoah was officially established as a national park in 1935. Initially, the State of Virginia wanted to ban African Americans from entering the park but was limited to segregated facilities in the park by the Department of the Interior. By 1950, all park facilities were fully integrated in compliance with a Department of the Interior mandate. Shenandoah was "the 'test case' for integration the parks."