Field Trip - Washed Ashore: Art to Save the Sea at the National Zoo 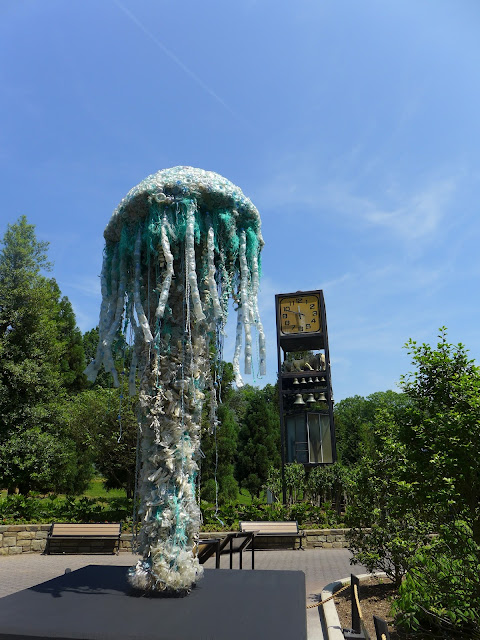 A couple of weeks ago we excitedly visited the Smithsonian National Zoo in Washington DC. Then the terribly sad and terrifying incident occurred at the Cincinnati Zoo and that has dampened my recollection of the National Zoo, but has also rekindled previous misgivings about zoos. I won't share photos of live animals in this post instead I am sharing photographs of many of the sculptures of marine animals in the Washed Ashore: Art to Save the Sea exhibit currently installed at the National Zoo. Each sculpture was created from plastic waste taken out of oceans. This exhibit is engaging, provocative, and educational without being didactic. Well done, National Zoo! Learn more about the Washed Ashore Project here.

The photos are arranged in the order I took them not in the order seen. For example, the first sculpture we saw was of the jellyfish installed at Gate D but I photographed the jelly on our way out of the zoo. 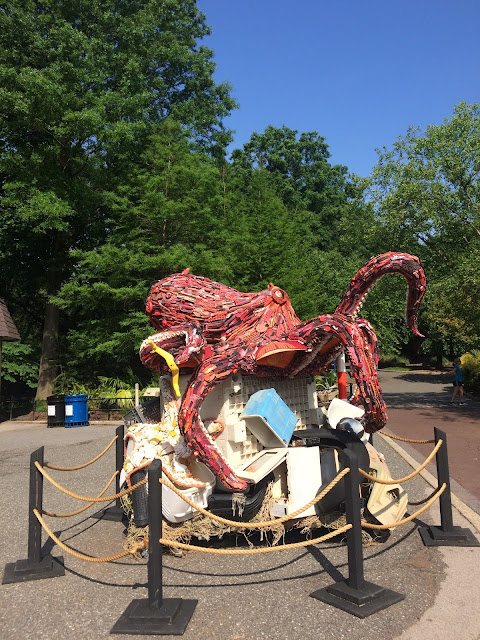 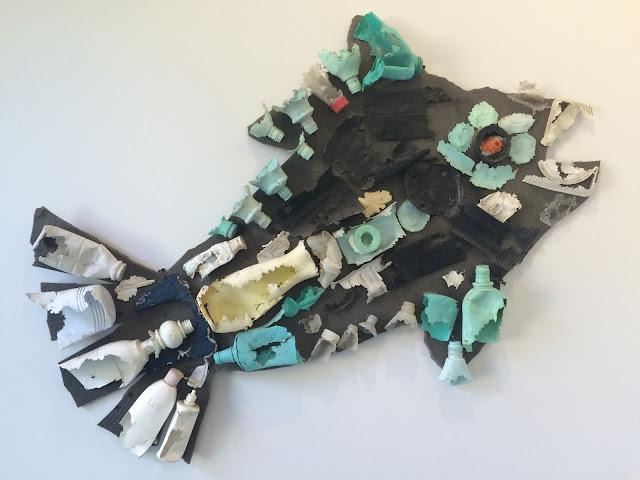 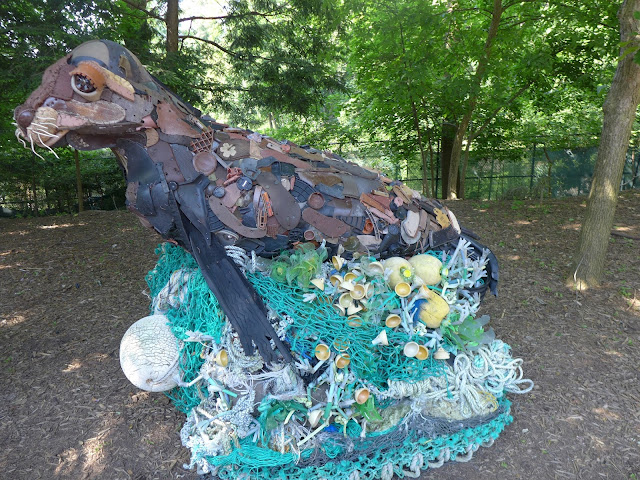 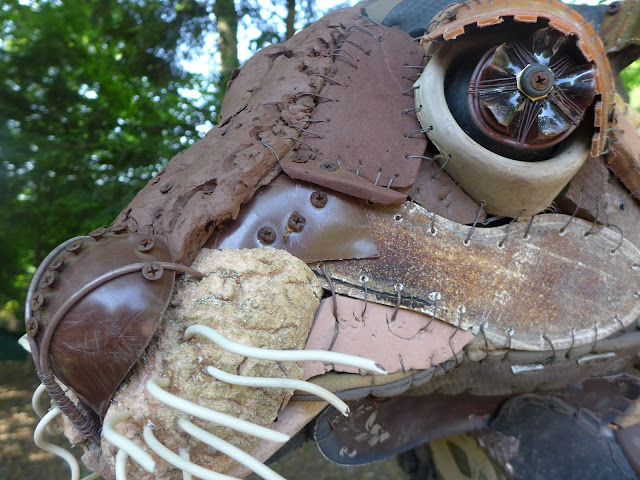 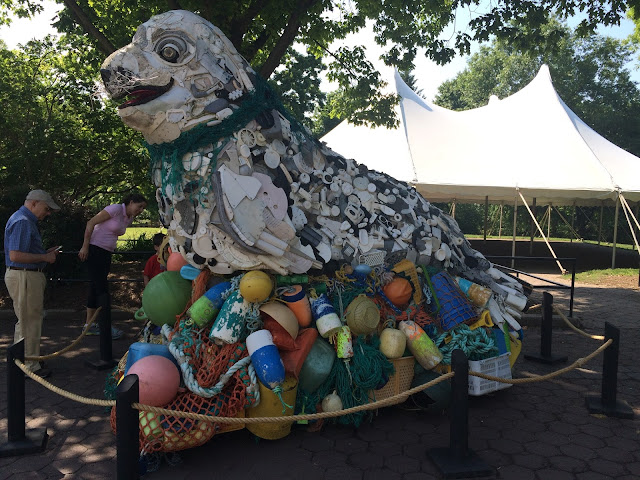 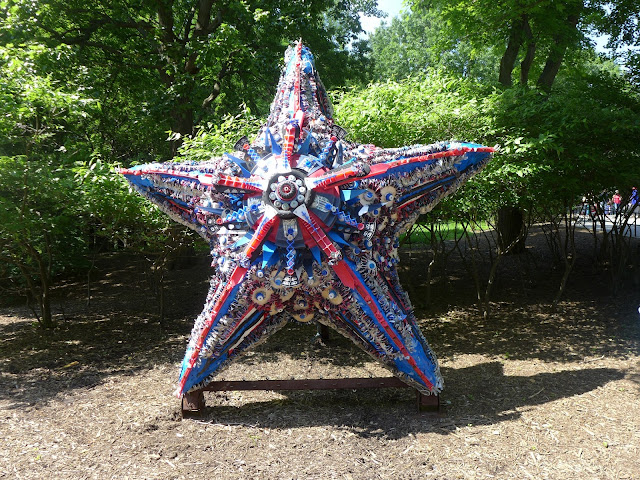 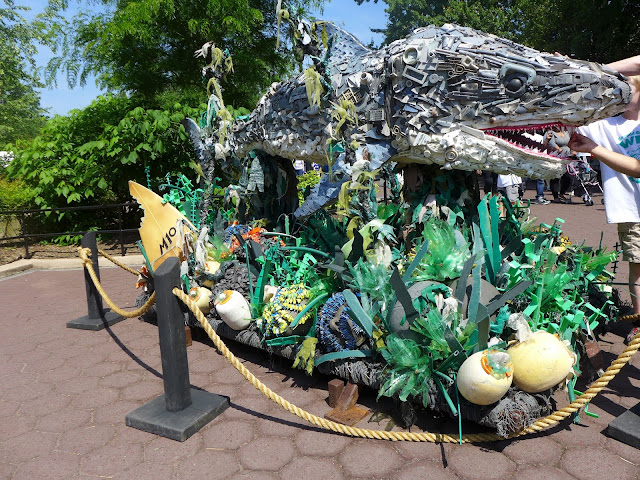 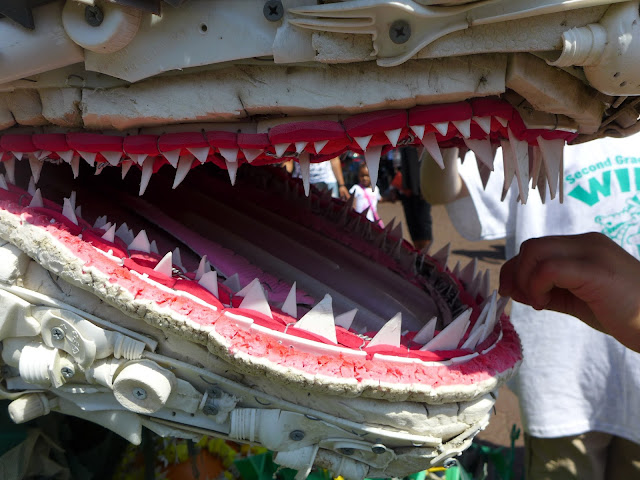 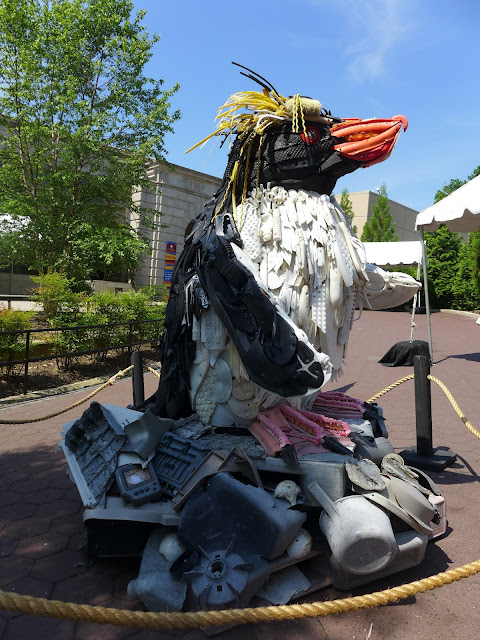 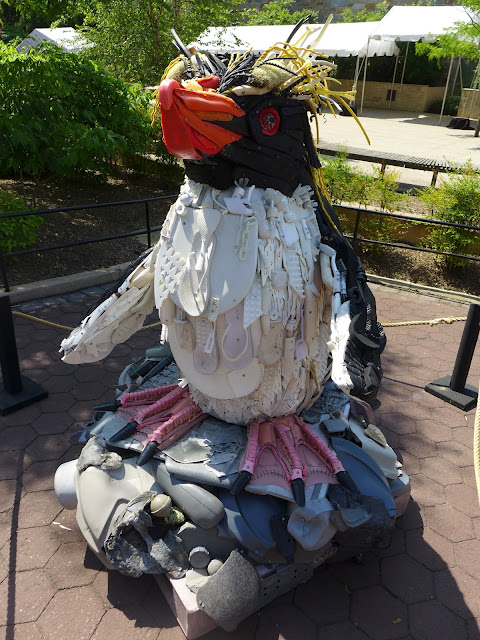 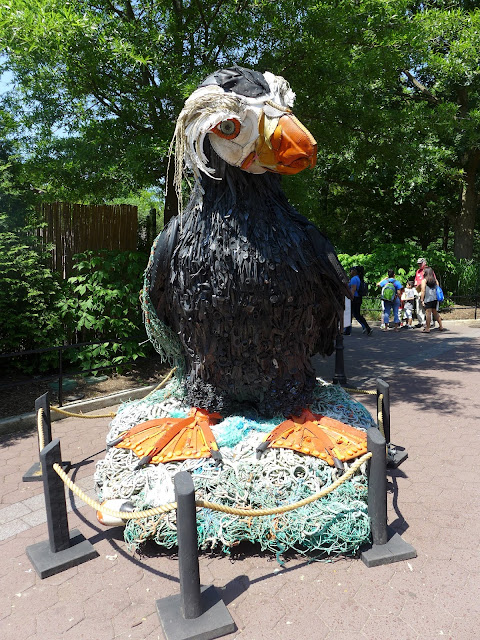 [I did not record the title of this sculpture.] 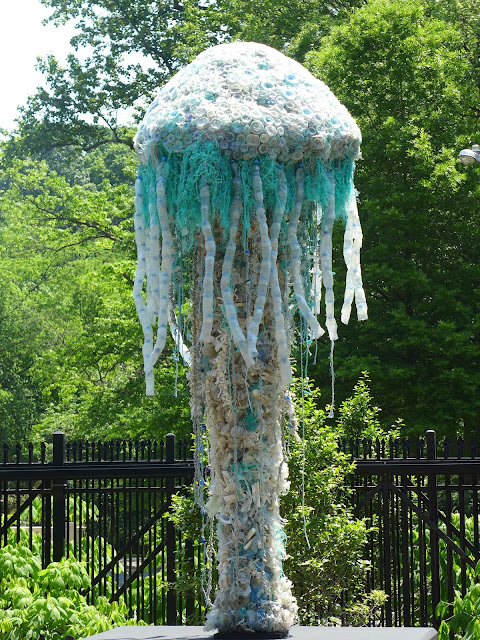 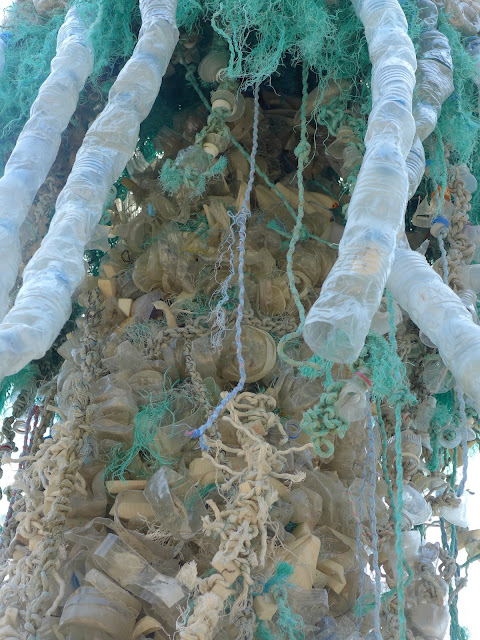 This exhibit is installed at other zoos, aquariums, and gardens. Have you seen it? I was impressed with the details but this only means that in addition to the gross amount of plastic waste in our oceans, there is a significant diversity of plastic products that we discard.