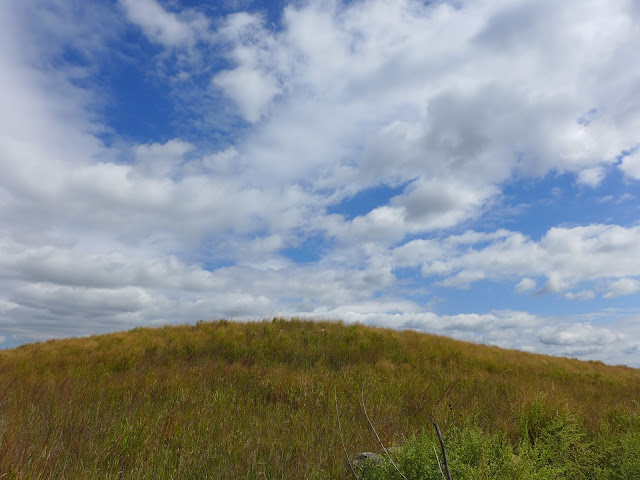 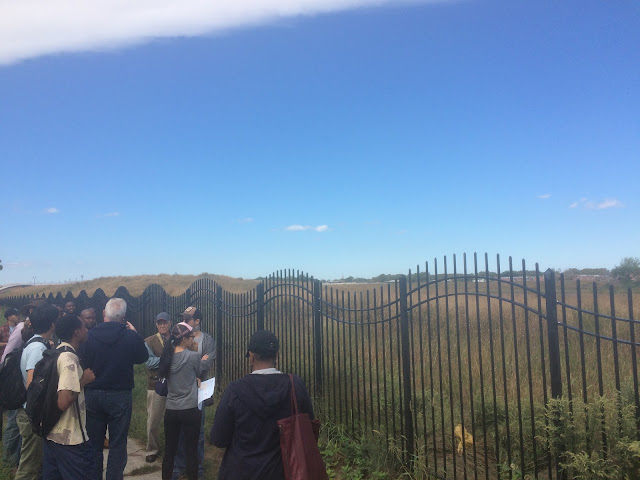 The walk began at the gate to the CSO facility and education center with an introduction to the city's 50 natural areas by Hunter Armstrong, Director of Strategic Initiatives at the Natural Areas Conservancy. Our tour guide was John McLaughlin, Director of the Office of Ecological Services at NYCDEP. John is one of the project designers. The other is Mike Feller of NYC Parks.

As we headed east on Bergen towards the ecology park we passed the southern natural area park with its undulating cultural grasslands. The site was purposefully restored without trees to provide grassland bird habitat. During excavation for combined sewer tank, clean glacial till sand was discovered 10 feet below the fill on the site. The glacial sand was kept on site and used to create the grasslands and tidal salt marsh wetlands. 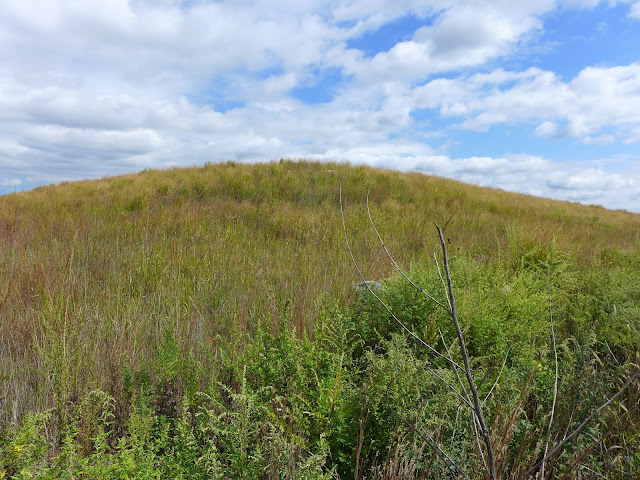 The southern upland was a different scenario. Prior to the development of the natural area and ecology parks, the site was used for scrapping cars and dumping household and industrial waste. It was also naturally seeded with "low habitat value" species such as Oriental bittersweet, Japanese knot wood, mugwort, etc. Complying with regulations, contaminated soils were removed and the landscape capped with two feet of the sand unearthed during construction of the water quality facility after which a "typical" coastland grassland was installed. Adjacent to this, the ecology park with different ecological types was planted from scratch. 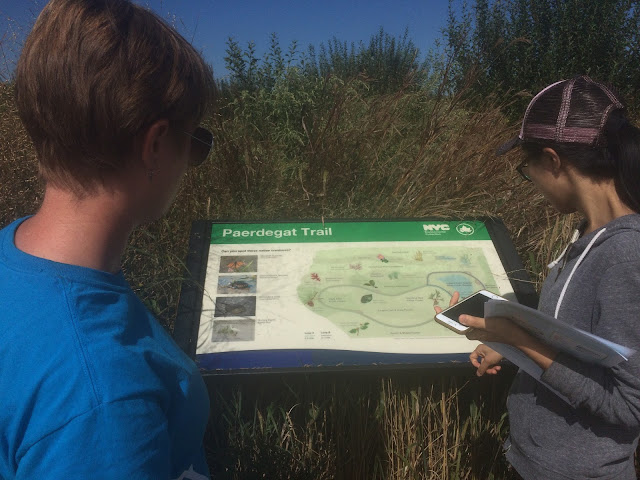 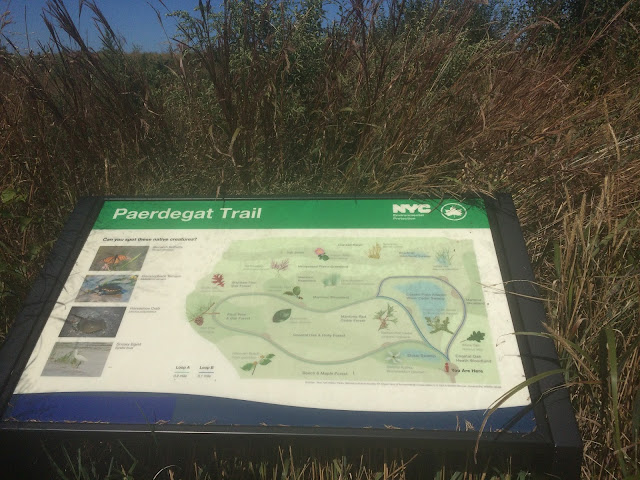 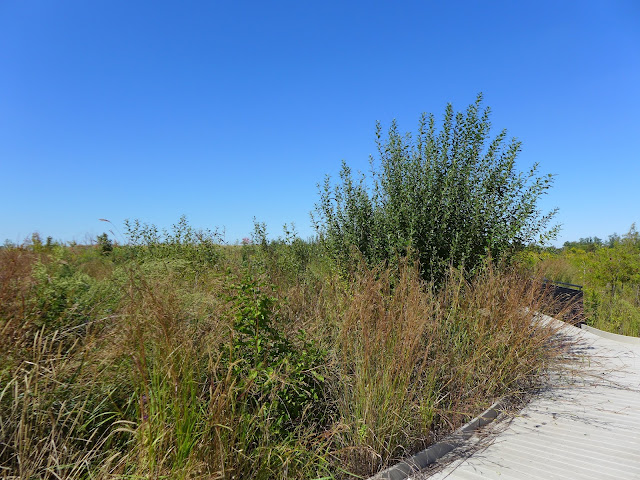 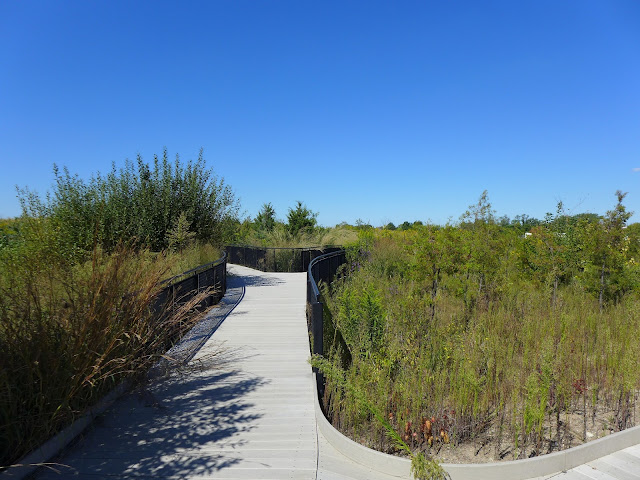 If you want to see the diversity of habitat that's possible at the confluence of major ecological regions, then you should visit Paerdegat Ecology Park. However, the ecology park has supervised public access, so you will need to be accompanied by someone with the key. Hopefully, John McLaughlin will lead additional tours. His observations and anecdotes were fascinating. Did you know that when the city's sanitary system was designed 125 years ago, the city was only 25% impervious? Now the city's footprint is 75% impervious cover. Another factoid is that 1.5 miles of wetland are needed to reduce a storm surge by 1 foot though the variation in surge attenuation by wetland length might be 1.3 to 3.8 miles. The variation in geography and storm conditions might make the impact of wetland extent negligible. John McLaughlin told the tour participants that we "need dunes!" A local resident on the walk noted that the neighborhood behind the dunes in the northern upland nature area did not flood as dramatically as unprotected neighborhoods during Hurricane Sandy.

Disclosure: The tour got off to a late start and I could not delay my ride back home so the information on plant communities presented above were sourced from the handout distributed during the tour.